I'm still not sure if it's UMass or UMASS. I AM sure, however, that I will be staying in Friday night. It's a no-brainer. Not only do I wanna be fresh for the bullshit 11 a.m. kickoff on Saturday, but I'm currently elbow-deep in Breaking Bad. Burned through the first season in two days and I see no reason to stop. Spending a Friday night marathoning a TV show without an early football game the next day? LOSER CITY POPULATION 1. But doing it with that 11 a.m. kickoff hanging in the balance? Why, you're just being smart and making sure you're on top of your game the next day.


(For the record, I'm anticipating not being able to sleep out of pure excitement, meaning I'll probably stay up later sober than I would if I just went out and got plastered. But not having that Saturday morning hangover is the CRUX of this plan, and I hardly EVER get to have cruxes.)

PS - Seriously, Breaking Bad is fantastic and I already can see why everyone's been telling me, 'Dude, you're going to LOVE this show!' Quick thoughts [obligatory SPOILERS warning if you've never watched]: 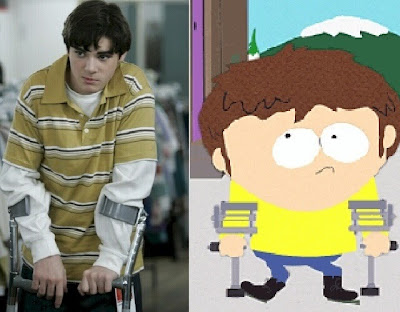 CHICAGO BADGERS: Can I PREEMPTIVELY order my cheese curds right now? Like, ideally, I walk into Will's, there's a table reserved for me, and there's a thing of curds sitting there with a bucket of ranch and a bushel of beer. I'll go so far as to call that PEAK LIFE. So yeah, I'll be at Will's, and if you had half a brain and that half of a brain enjoyed having fun, you'd be there as well.

LAST CALL FOR MUSKY QUEENS: Got a few responses, but this is your last chance: if you're running for Musky Queen, let me know! I will randomly* pick one girl to officially ENDORSE**. This could be you: 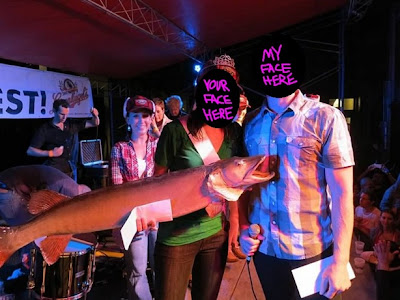 **By 'endorse', I mean ask everyone here to vote for you early and often and create official campaign propaganda for you. I'm not talking about passing out flyers (you can do that if you want), but I'll do my best from the comfort of my keyboard to help you win the GOLDEN MUSKY or whatever it is you get as Musky Queen.

DID YOU VOTE FOR MY PICTURE LAST WEEK? No? Why not?! Literally, 5 seconds of your time. I greatly appreciate it. That's why I like you. 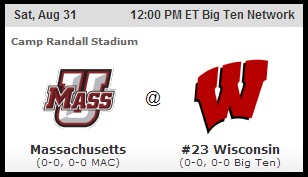 CONTINUE »
Posted by Schwa at 6:05 PM No comments:

I AM EXCITED. We are 9 FREAKING DAYS away from the beginning of the Gary Andersen era of Wisconsin Football. That's it. It seems like it's been three weeks since I came back from lunch to a screen full of this:

But in reality, it's been much longer than three weeks. After the initial shock of Bielema's departure wore off (and a tiny shred of panic over finding a capable replacement), one Barry Alvarez introduced Gary Andersen as the new head ball coach at UW. From the get-go, I liked this hire:

CONTINUE »
Posted by Schwa at 6:38 PM No comments: