I have officially taken off work on Friday. Why? You see, the way I'm looking at it, if I had to go to work on Friday, time would LITRALLY STAND STILL. It would be a slow, miserable day filled with anticipation (and most likely a hangover). Instead, I get to sleep in, get some Hot Doug's*, and probably just start pre-gaming for Saturday a full day in advance. Plus, if one holiday (Labor Day) results in a three day weekend, shouldn't a double holiday (Labor Day AND UW Season Opener) yield a FOUR day weekend? This logic is ironclad and I don't think I could be more excited to not have to work the day before Badger football powers its way back into our lives. My boss put up zero debate because he knew that if I came in on Friday, I would be listening to the same 5 or 6 songs on repeat all day while incessantly checking the clock.

*Speaking of Hot Doug's, I have obviously been scoping out the menu in advance of my feast. I turn to you to help me decide. TOP CONTENDERS:

CHICAGO BADGERS: Get your crew of flunkies and join us at Will's, the most Wisconsin of all the Wisconsin bars in Chicago. Gonna recommend getting there early if you want a table/spot outside with a decent view. Hope to see you there.
STILL LOOKING FOR REFERRALS: Spread the word; send me email addresses - all that stuff.
2 freakin' days. LET'S go!
WHO/WHERE/WHEN 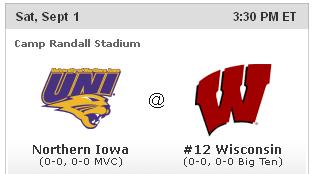 CONTINUE »
Posted by Schwa at 4:09 PM No comments:

I'm not sure I've ever been this ready for football season to show up. Sure, I was beyond normal levels of excitement last year after the arrival of Black Jesus, but this year I'm just totally ready. Baseball has been miserable for months. The Olympics were the ULTIMATE tease (except for the US Women's gymnastics team; time slowed down during that portion of the Olympics. SO GRACEFUL). It was a billion degrees every day for a 4 month stretch. But something happened last night. I went up on a rooftop, and I felt that first hint of fall: chilled air, a cool breeze... pleasant reminders that soon enough, the only acceptable colors to wear on Saturdays will be Cardinal and White. A week from this Saturday, the Badgers embark on their journey to win a ridiculous third straight Big Ten Championship. And that, my friends, is something worth jumping out of bed with a smile on your face.

Before looking forward, I'd like to take a moment to reflect on what happened in the world since the last time we spoke. 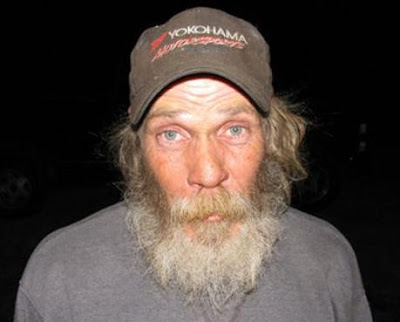 JUST WHEN I THOUGHT I WAS OUT... THEY PULL ME BACK IN
Almost exactly one year ago today I wrote the following:


NASA decided to stop being badass and ended the space shuttle program, thus crushing my dream of being the first person to eat a Cheesy Gordita Crunch on the Moon.  For the record, I think the Moon is cool enough to capitalize it.

Since then, all NASA has done is put a fucking BATTLEBOT* on Mars and give it a kickass Twitter account. I don't even know what's more impressive: that we can just send things to Mars like I send a letter in the mail, or that this little robot dude has over a million followers. If you asked me right now, this very moment, if I'd rather go to Mars or have a million followers on Twitter it's not even a freaking question, give me the followers. I've seen Prometheus, I know how that shit plays out, and I want nothing to do with it.
Although, at the same time I can at least amend my dream to be the first person to eat a Cheesy Gordita Crunch on Mars. Even though Mars looks like the worst place on Earth. Every picture just shows a boring ass desert of nothing. I need Curiosity to WOW me already.
PS - I think Curiosity is just the most ADORABLE name for a multi-trillion dollar robot explorer on the verge of discovering aliens. If I could somehow get the narrator from this video to do play-by-play of everything Curiosity does, I'd would litrally just die on the spot out of pure happiness.
*If you can sift through the filth that is the world of YouTube comments, there's always a little nugget in there worth a read:

That is so true and probably why I never built a Battlebot. Also, I wish there was a LEGO Battlebot. Anyone who's ever stepped on a LEGO barefoot is well-aware of their naturally destructive properties.
*Googling*
Yup, not at all surprised to see that LEGO Battlebots are a thing. I'm gonna assume stepping on this guy would kill a human.

CONTINUE »
Posted by Schwa at 7:35 PM No comments: