If you were upset for more than 8 seconds about losing that game against Maryland, then I think you need to check yourself. I probably should tell you that this team is fine, but I'm not going to. You should know that. You should know that the ceiling for this team has not changed for one second since the season started. The ceiling was not lowered when we lost at home to Duke. The ceiling remained unaffected by Trae's injury and the loss to Rutgers. The ceiling is perfectly in tact after Maryland got the best of us.

That ceiling was and always will be a three-pronged ceiling of SUCCESS:


Lord knows how many of those things will actually happen. The B1G Regular Season Title is inches away. The two tournaments are one-and-done crapshoots where we have reasonably better odds than most. But nothing is guaranteed.

All I know is that this team is still fully capable of achieving its three-pronged ceiling of success. Other things I know:
It's all good. Let's squash Izzo on Senior Day and stampede our way into the postseason.

CHICAGO BADGERS: If you're not aware, we're 44 days from Game of Thrones, under a month until 7 pm sunsets, and 5 weeks from Wrastlemania. Shit's about to get real.

HOUSEKEEPING NOTES: I'm sick of the BP email getting stuck in spam folders. New format going forward: first section will get sent out via email, everything else will be right here on the blog. 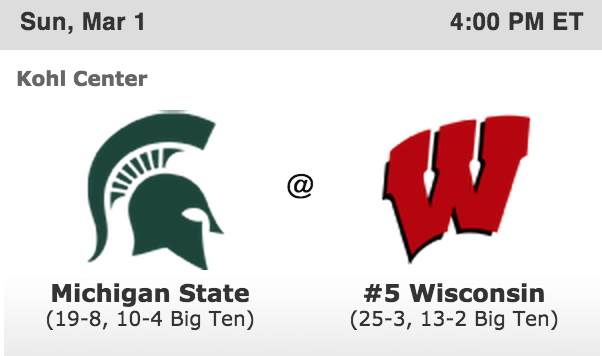 Minnesota and at #16 Maryland

It's just a beautiful thing.

I could watch this team every day for the rest of my life and never get bored. That Penn State game started out as straight fire - 8/10 from the field, Penn State struggling to score, cruise control on the verge of being enabled. But then things slowed down. We started missing shots - easy shots. Penn State was tossing up junk that was finding the bottom of the net. And the end result was a familiar one as the team headed to the airport with another road win in their pocket. I suppose that would be their collective pocket. One giant pocket filled with road wins! ELITE POCKET

9 straight B1G wins. 24-2. #1 offense in the country with the best player in the country leading the charge. Clinching at least a share of the conference title can happen as early as this weekend.

Believe it or not, we're less than a month away from Selection Sunday. Time flies when you're having fun, and nothing is more fun than winning. My advice has not and will not change: enjoy every fucking second of this team. You will not see a better one in Madison. Not any time soon.

CHICAGO BADGERS: Heading up to Madison on Friday. Cannot wait. Do your thing.

SPAM ALERT: Apparently if you put a million pictures in your email, everybody's spam filter catches it and ERRONEOUSLY marks it as spam. If you don't see anything from me by Friday, check your spam folder. Also, when you drag it to your inbox (YOU BETTER DRAG IT TO YOUR INBOX), make sure you select to do that action with all future mail from the sender. I AM NOT SPAM 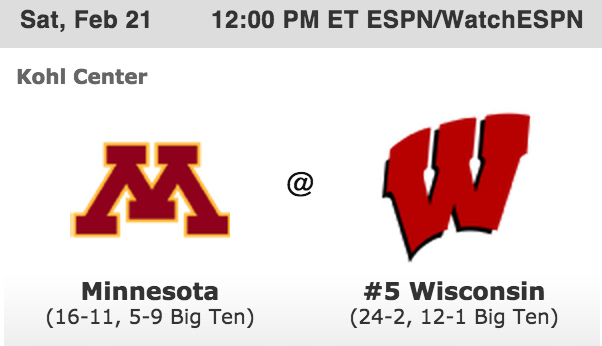 CONTINUE »
Posted by Schwa at 7:02 PM No comments: 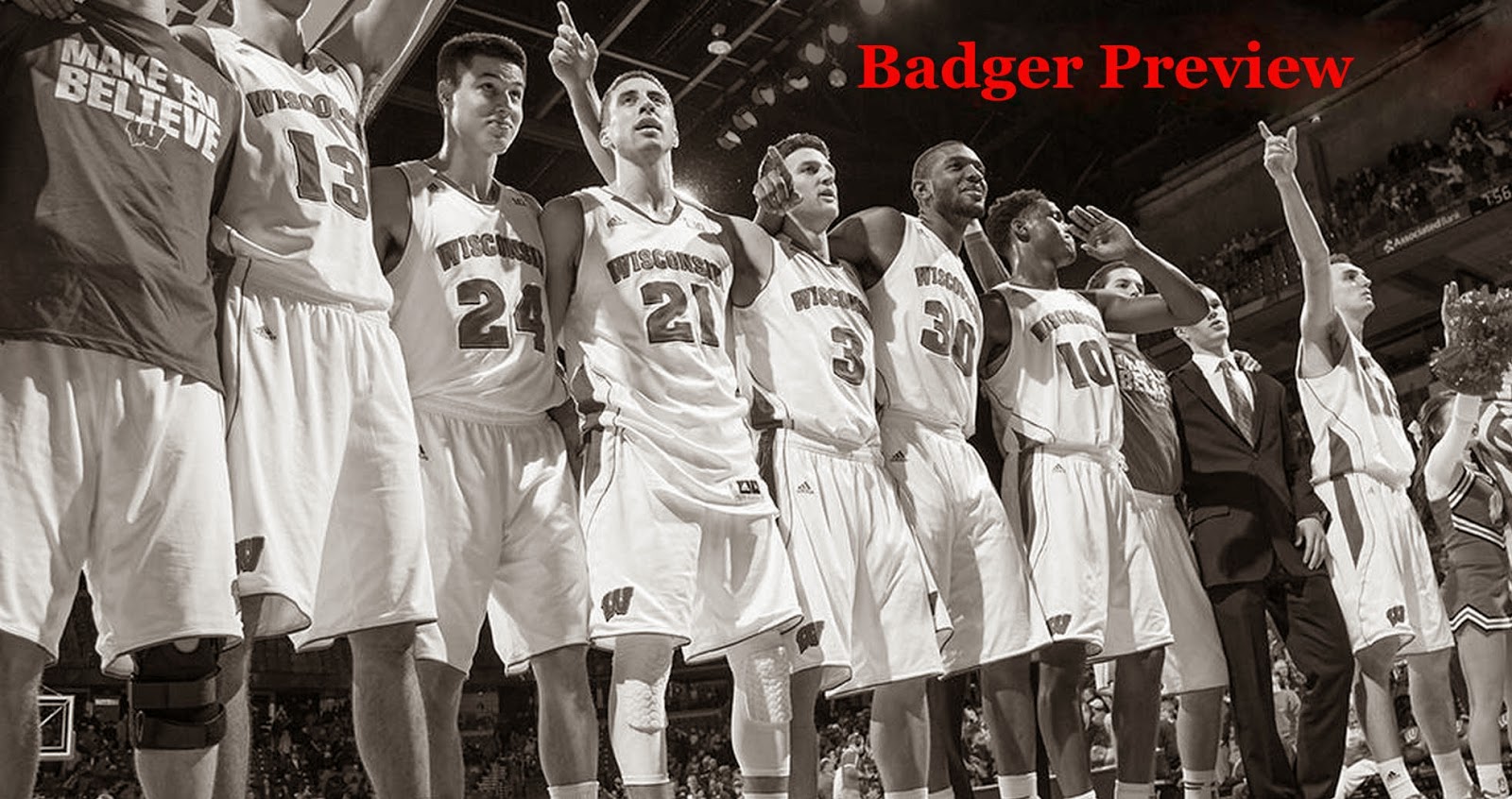 I've always had a lot of respect for the UW-Madison Police Department. Being police in a big college town seems like a cushy job, but I can't imagine it's easy. Drunk people are IMPOSSIBLE to reason with. Most of the kids are coming from sheltered little backgrounds where mommy and daddy were there to get them out of any trouble they may have wandered into. But from my experiences, the police in Madison were always pretty fair.


Fast forward a few years after graduation and UWPD has evolved to the point where they're tweeting with college football coach parody accounts and getting picked up by national media sites. Pretty sweet. But something caught my eye on Twitter the other day that really shook me: 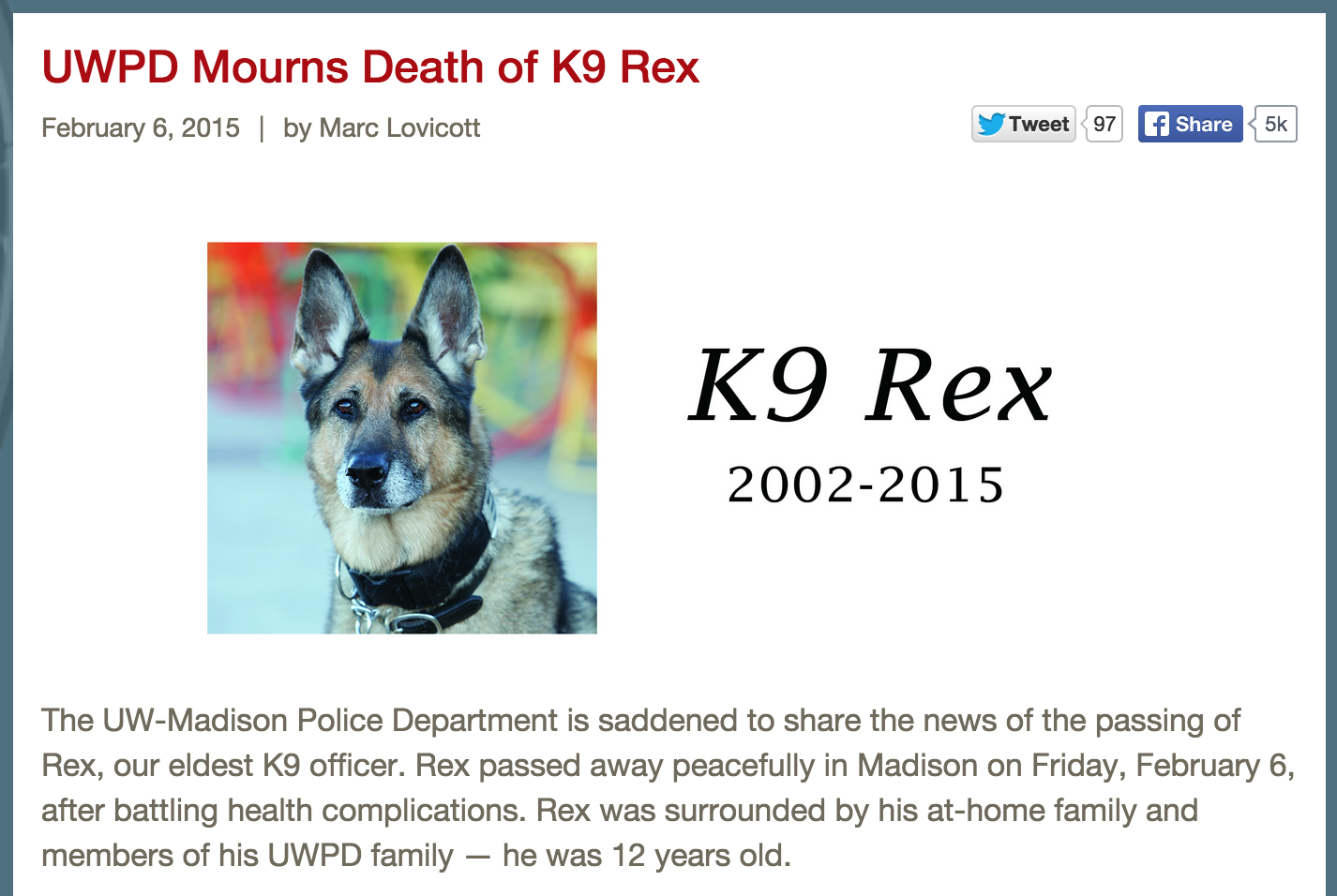 Fucking A. That's awful. And it's not like Rex was just some ordinary, run-of-the-mill K9 dog. Rex was the fucking ELITE SECRET SERVICE of the K9 unit:

He was called upon to protect countless national and international dignitaries — sitting and former presidents, vice presidents, first ladies, presidential candidates and other high profile politicians, entertainers, and even the Dalai Lama. Driscoll said their protection of His Holiness was the highlight of his protection duties with Rex.

Rex was a goddamn HERO. Kinda dog you wish you could take your boots off with at the end of a long day sniffin' bombs and crack open a cold one or two. And, EARS. Look at Rex's magnificent ears! Those are the ears of a dog you want on your side when the terrorists come. German Shepherds actually smell through their ears, so the bigger and pointier ears on a Shepherd, the better they are at sniffing out bombs. Needless to say, Rex could sniff with the best of them.

I've lost a dog before. It's absolutely miserable. My family's dog gave us every reason to dislike him. We had an in-ground pool and he was PETRIFIED of water. He shed like a goddamn yeti. He'd take off at lightning speed the second he saw an opening to escape, making us search the whole damn neighborhood for him. He wasn't about 'fetch'. But he was our dog, and nothing else mattered. I can only imagine what it felt like losing a HERODOG like Rex.


Aside from his hard, dependable work, Rex was well loved at the UW-Madison Police Department. Every morning, for nearly 11 years, Rex brightened everyone’s day by making his “morning rounds” – going from office to office to say hello, and asking for a treat. Sometimes he’d even make an afternoon round.

I want a Rex in my office. 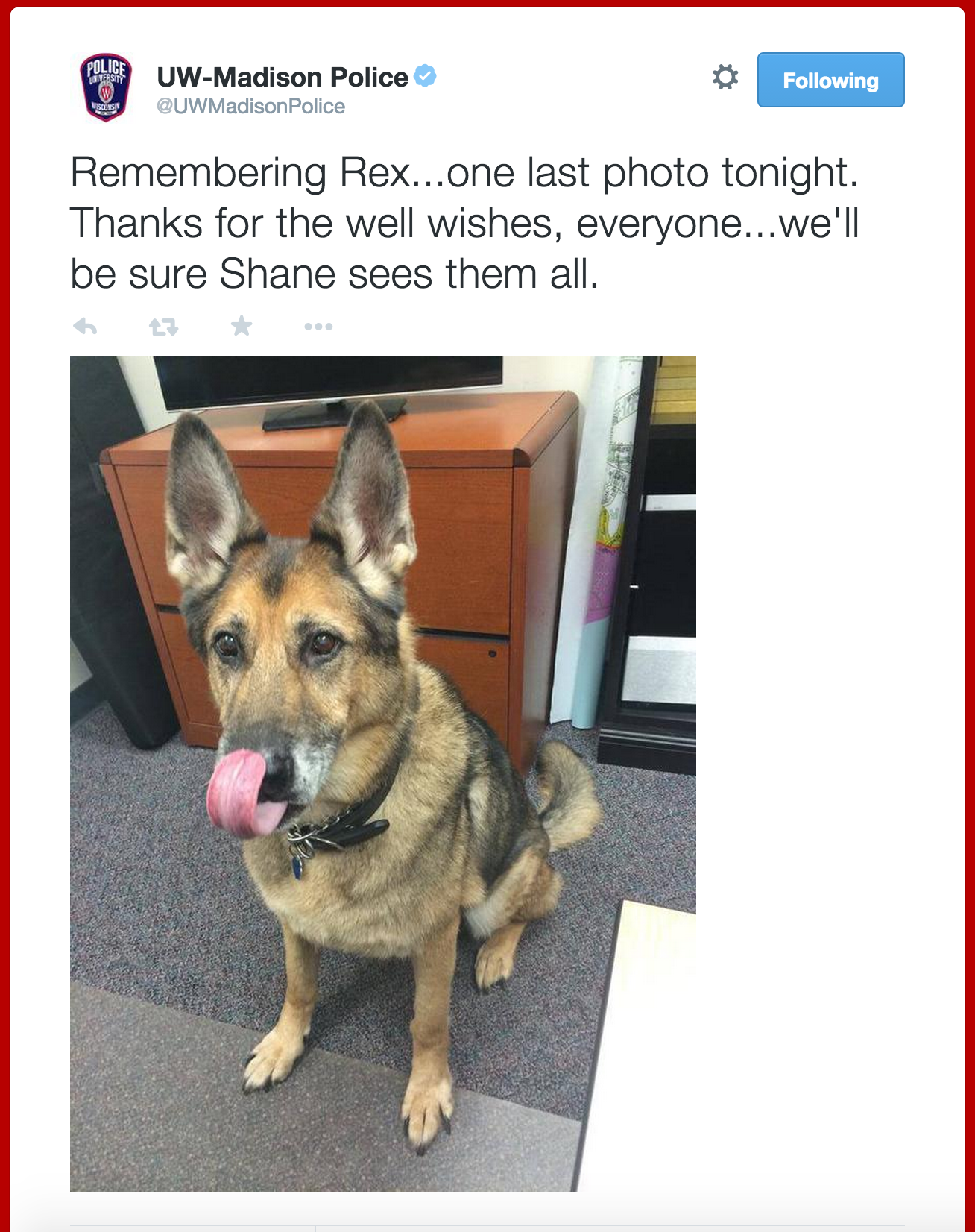 CHICAGO BADGERS: If the Badgers play a game on #SecondSaturday and no one drinks during it... did it even happen? ALL HAIL #SECONDSATURDAY. At this point everyone that knows me HATES me because I've been mashing #SecondSaturday down their throats every single time we happen upon a weekend blessed with a #SecondSaturday. Working on President's Day? HAVE YOU NO RESPECT FOR THE FOUNDING FATHERS? I don't even know if there's an intersection betwixt the Founding Fathers and the presidents we celebrate on President's Day. All I know is that I don't have to work and therefore Sunday is officially henceforth known as #SecondSaturday (this weekend only).

That beatdown of IU was FUN. LET'S ASSESS. 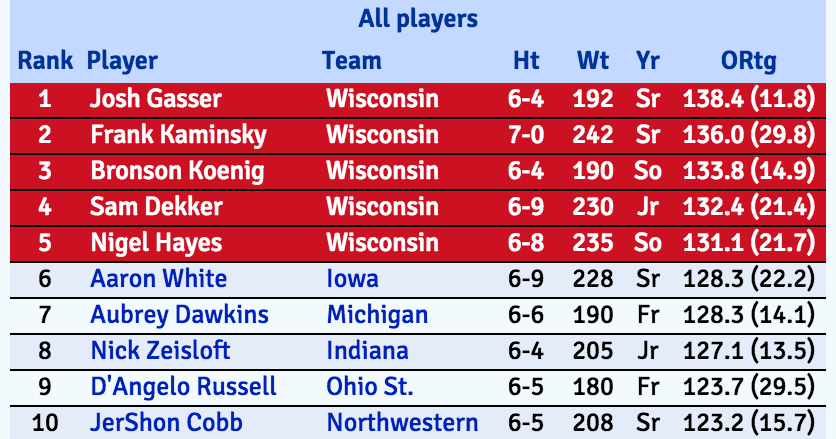 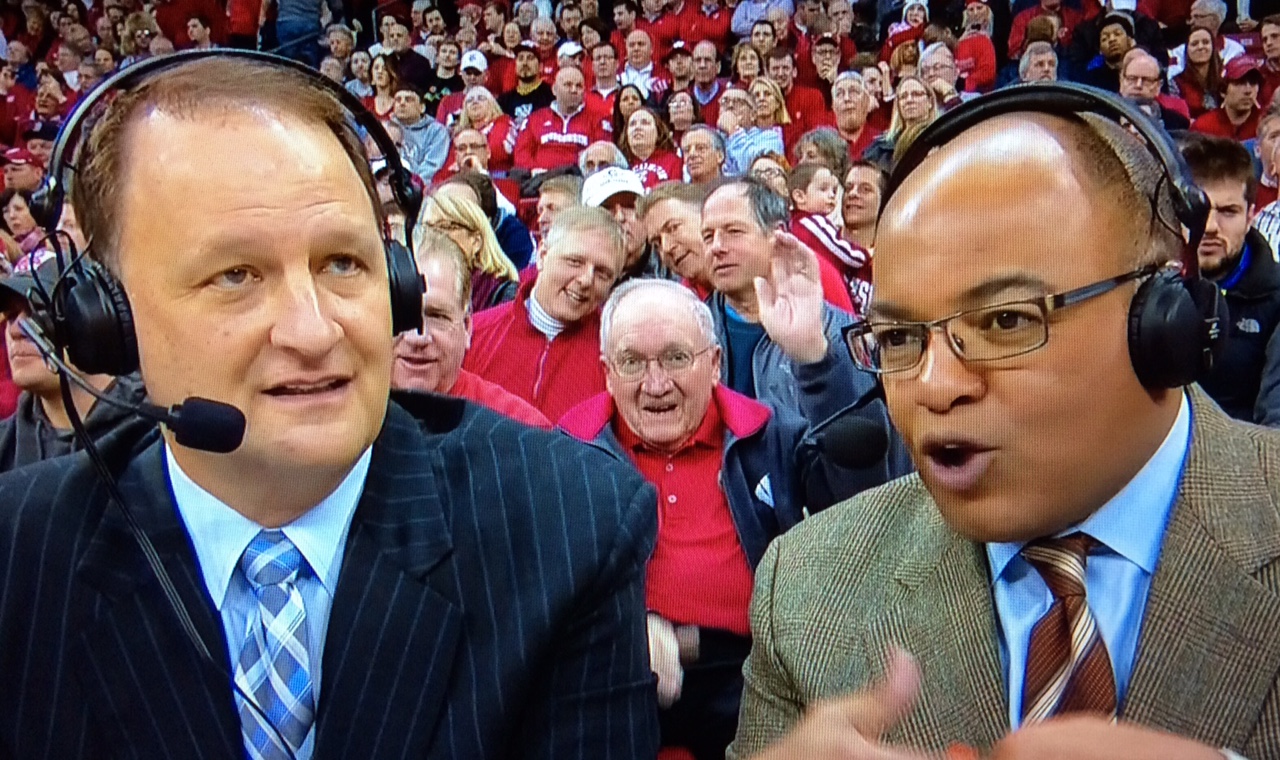 Adorable Old Guy behind the broadcasters is the BEST. Look at him! He was so happy and enthusiastic and everything I wanna be when I get old. WHO IS HE? Is he a booster? Was he like the team locker room attendant for 67 years and got some courtside tickets as a retirement present? CAN HE ADOPT ME? Can you adopt a grandchild? Does that make any sense? Like if a really old person without grandchildren wanted to adopt someone in their 40s who didn't have any grandparents... is this a thing? Tell me 3 reasons I shouldn't make an app that does grandchildren adoption placement other than grandparents don't use apps. You never know when a brilliant idea is gonna STRIKE. 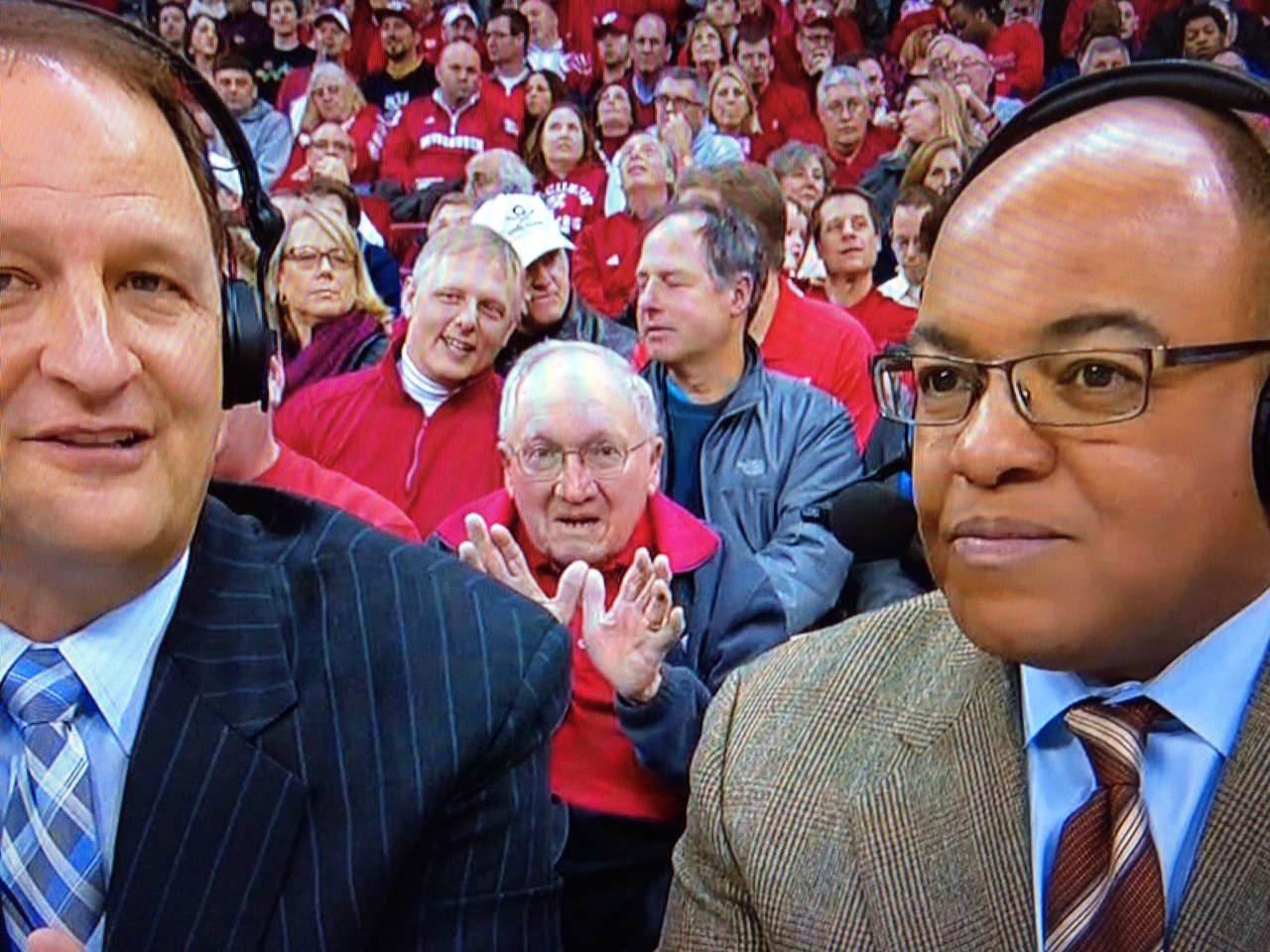 PPS - Adorable Old Guy does the Degeneration X SUCK IT: 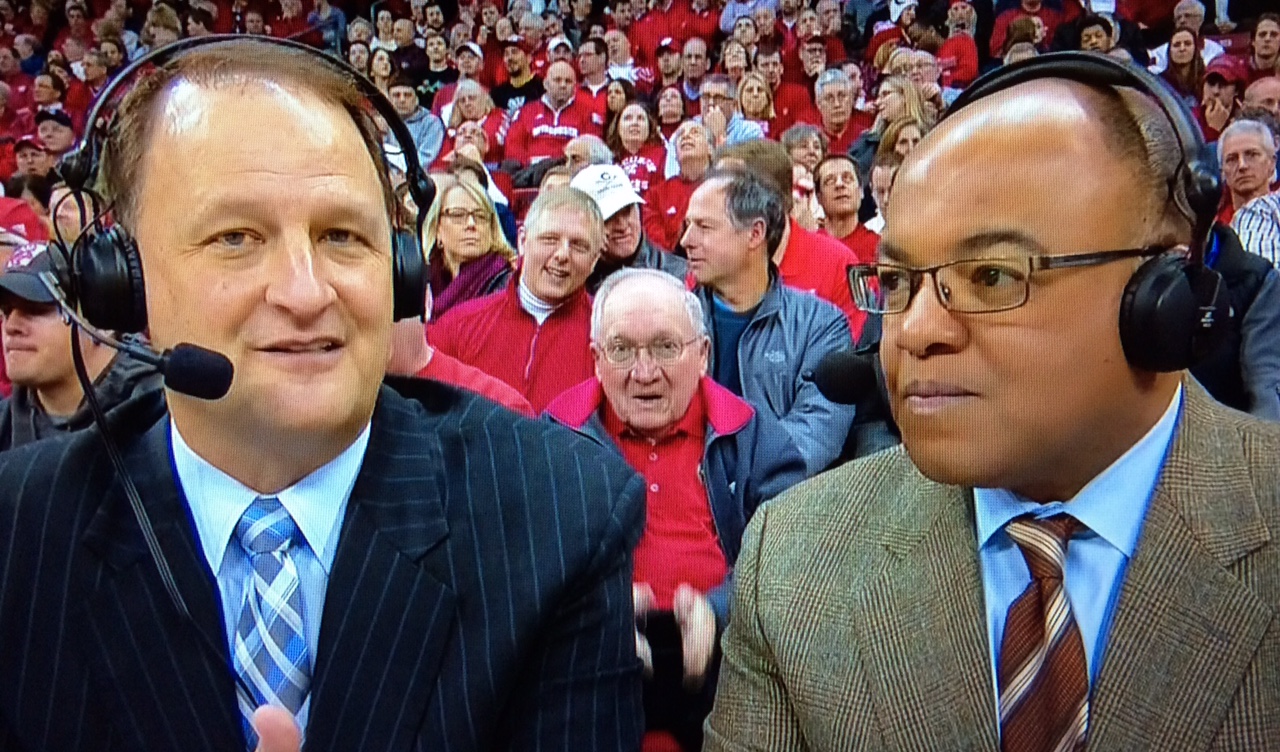 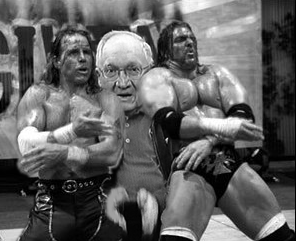 PPPS - I kind of have to try and meet him when I'm in Madison for the Minnesota game, don't I? Just ask him what he did in life to get to this peak status. Need to know. Need to shake those fantastical hands. Need it.

4xPS - We officially have our first spirit animal for the 2014-15 Wisconsin basketball team. I can't even explain to you how big this is. Who or what will be next? TIME WILL TELL

CONTINUE »
Posted by Schwa at 7:26 PM No comments: