Fire up, it's time to take on WESTERN MICHIGAN! MARQUEE MATCHUP CITY!

Whatever. I have no idea, but I was never actually that upset after we choked that B1G Championship away. Maybe it's because (as I've been saying all year) my expectations for this team were so low that we've already far surpassed them. Maybe it's because even if we won we still weren't going to make the Playoff. Not sure. But I got over it and hopefully you have by now as well.

Our consolation prize for losing to Penn State? A date with the Western Michigan Broncos in the Cotton Bowl Presented By Cotton Eyed Joe. They're undefeated and probably have a bunch of Western Michigan Truther fans out there that are up in arms that they're not playing for a national championship, which on the surface is hilarious, but also... is it literally just impossible to play for a championship if you're in a shit conference? I guess that's kinda why the non-power 5 conferences are looking at creating their own championship, which I'm sure will not be belittled or made fun of at all.

This is essentially a notch below facing TCU in the Rose Bowl: it's not a sexy program from a big conference, and it's not difficult to view this as the classic lose/lose where losing is embarrassing and winning is expected since they're not a big program.

You want my take? Noon on January 2nd is a great time to get day drunk and extend that holiday vacay one extra day. No more football games until September. Drink it in and drink it deep before the tap runs dry.

DID ANYONE FAMOUS GO TO WESTERN MICHIGAN

CHICAGO BADGERS: Seriously if you're working on Tuesday you're a sucker and I can't explain that any more succinctly.

PS - I mean yeah it's totally gonna be OSU/Bama. 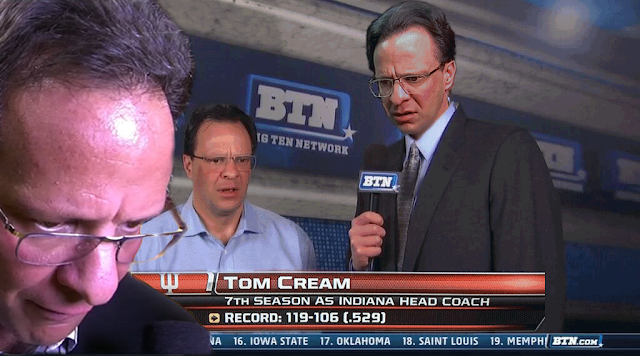 6) Iowa, 8-4 (6-3). Not to stick with hoops, but the latest FRANTRUM was so perfect. Refusing to do the handshake line after a game you won is such a dbag move. I don't even care that the other team did something stupid in going for a steal down 11 with 3 seconds left (and yes that's incredibly stupid). Forcing your entire team to head to the locker room is so petulant and pathetic that few coaches could actually pull it off.

8) Maryland, 6-6 (3-6). Anyone else excited for the NYE/Packers/Badgers trifecta? I know I'm looking forward to embracing death on Tuesday!

11) Illinois, 3-9 (2-7). It's come to my attention that it may be rude to take your napkin after a meal and crumble it up on your plate. I always did this as my official sign to the waiter/waitress that I was done and my plate could be removed. Whatever.

So now I have a new napkin folding hobby: 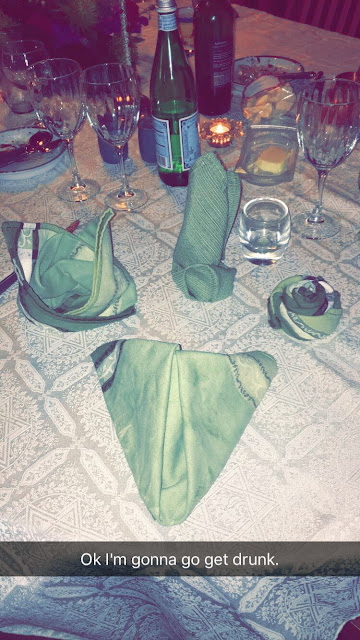 That rose napkin is ON POINT.

12) Purdue, 3-9 (1-8). La La Land was better than I expected. Is it a chick flick? Kinda feels like a chick flick, but I thought it was a gorgeous movie with a fun soundtrack. And not to get all spoilery (THIS IS YOUR SPOILER WARNING), but I really like movies where they don't just fall into the happiest ending possible. It's too easy. It's too convenient. It's too damn TRITE. Just like Rogue One (also great), sometimes you gotta throw a little shade at the good guys.

PS - Potentially also a big reason why Game of Thrones is the best show in TV history. WINTER IS HERE

13) Michigan State, 3-9 (1-8). Are we on pace for the worst combined MSU hoops/football season in over a decade? When's the last time they missed a bowl and the tourney? ANYTHING IS POSSIBLE 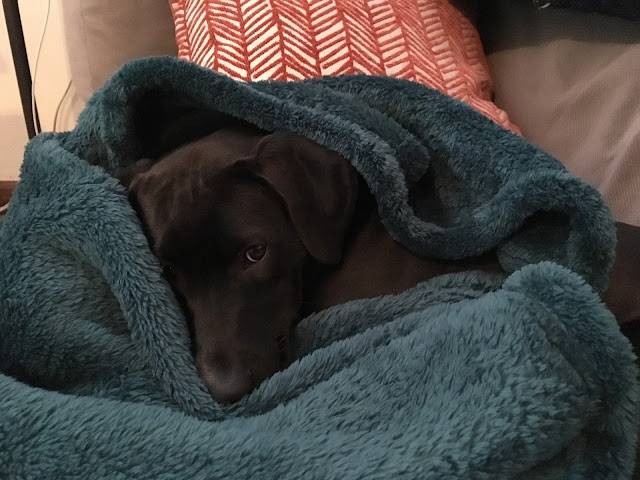 Well I've never seen Scott Pilgrim vs. The World and I'm just now realizing this is actually a Metric song! THE MORE YOU KNOW. 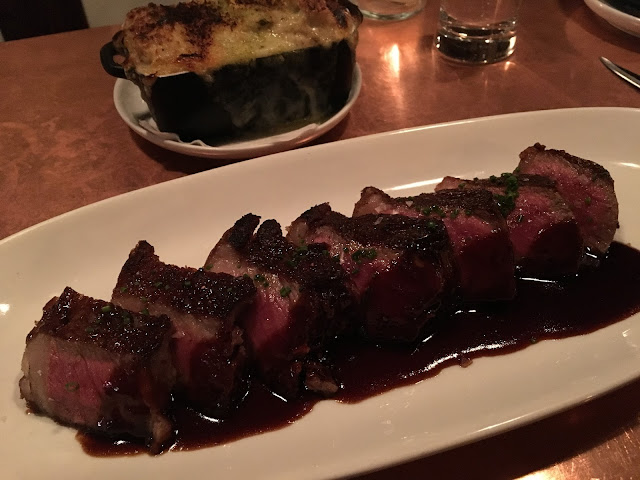 That is a New York Strip from the Boeufhaus in Chicago. And that steak was really good, but the big winner was the cauliflower au gratin in the background. Which was essentially molten cauliflower mac and cheese. YES PLEASE.


How I feel whenever I see one of Nick's photos: 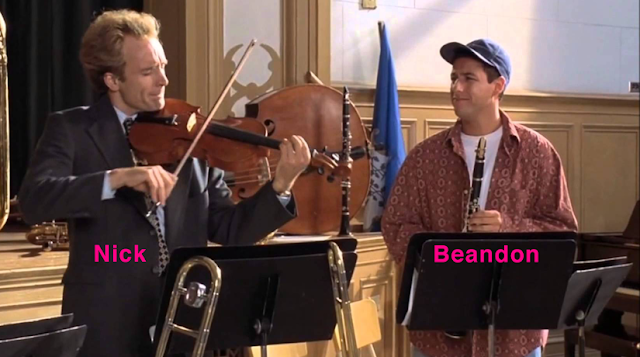 PS - I started watching The West Wing for the first time and man that show is so good. I wanna tell everyone so the whole world knows how good it is, especially since it's old and I'm most likely the last person on the planet to watch it.

Time to cap off a pleasantly surprising season with a win over an undefeated team. It may not be for a championship, but let's fully transition to hoops with a W. THE PICK:

ON WISCONSIN
Posted by Schwa at 11:29 PM