The best time of the year has FINALLY arrived, and I couldn't be more excited.  And in case the NCAA tourney wasn't enough, earth decided to be 70 degrees in Chicago all week.  PERFECT STORM.  I suppose the weather outside doesn't really affect me too much, though, considering I'll be holed up in my apartment with a case of Rolling Rock and way-too-much Pizza Hut all day and night.

For the 89th consecutive year, Bo Ryan has guided Wisconsin to a top 4 finish in the Big Ten and a spot in the greatest sporting event in the world.  Up first for the Badgers?  The fearsome Montana Grizzlies.  Considering I've never even entertained the thought that the state of Montana has running water, electricity, or a college, I think we'll bring back an old section this week to get to know the Griz.

ON WITH THE SHOW. 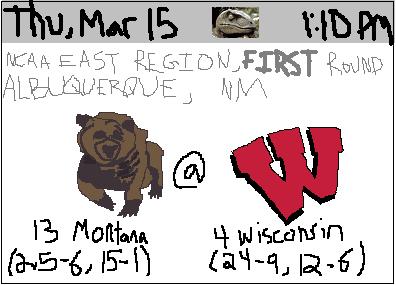 Is it sad that I might be MUCH better at drawing a complicated grizzly bear than the standard UW Motion W?  Because I'm dead serious, that's the best picture of a bear in the world.  For comparison's sake, here's what their actual Griz looks like:

I should counterfeit Picassos and make millions.

PS - Not only do I thoroughly enjoy drawing the matchup instead of swindling it from ESPN, but I refuse to use their image when they call this the 2nd round.  That's hogwash, and I NEVER call stuff hogwash.  This is the first round, and I will believe that for the rest of my life.  Yeah, those games in Dayton were hot last night, but they were play-in games.  And everyone knows play-in games don't count.  Thursday/Friday = First Round.  End of story.  Fuck you CBS.

PPS - Seriously, before you move on, look at that hot ass Griz I drew one more time.  Quality craftsmanship.

LET'S LEARN ABOUT MONTANA
*Couple thoughts on that:

There's no point in getting cute with this.  Come tournament time, you lean on two things: 1) Your best player, and 2) Your point guard.  Jordan Taylor happens to be both of those for Wisconsin.  And if the Badgers wanna make ANY noise this month, Taylor will have to revert back to 2010-2011 All-American form.  That means hitting shots at a high percentage, finding open teammates, and not turning it over.  I'm not even sure what's more frustrating with Taylor this season: The 30% drop in FG% or the extra half a turnover he's averaging per game.  I HATE BOTH OF THEM.

But there have been some signs of life.  Other than the IU game in Indy (when Taylor was missing layups, picking up charges, and just being generally awful), he's been hitting shots - especially from downtown and the line.  I'm not sure what's gonna happen in the next few days, but I can promise you that if the good Jordan Taylor shows up, Wisconsin will be in a pretty good position to make it to the next weekend.  It starts Thursday against Montana.


I'm about to drop a bomb on you: I have watched 30 seconds of Montana Griz ball this year.  I think I was changing the channel and caught their conference championship game, saw it was a blowout, and turned it off.  That's it.  Accordingly, I am the PERFECT source for a Griz scouting report.  From what I've read, their team runs through Will Cherry, a guy with a name worth remembering.  The junior point guard hails from West Oakland, which makes no sense at all because why would you go to Montana if you're from West Oakland?  Could there be two bigger polar opposites?  Don't sleep on #5 though.  He's averaging 16 points a game while shooting 45% / 37% / 79% (FG/3PT/FT), numbers much better than Taylor's.  The giant grain of salt, however, is that he simply hasn't faced defenses anywhere near the likes of which we see in the Big Ten every week.

Conclusion: The battle at the point guard position will be vital to the outcome of this game.  If Taylor plays anywhere near what he's capable of, I expect Wisconsin to take care of business.

Fountains Of Wayne - Sink To The Bottom

Yes, I'm just as surprised as you are to learn that they ever recorded another song.  Stacey's Mom is a timeless classic, but this isn't half bad.


Queens Of The Stone Age - Go With The Flow

Good life advice as well in many situations.  And I think this is a really cool music video.


Whitney Houston - I Wanna Dance With Somebody

1) This is my go-to 'oh, it's amazing outside, I need a song that embodies how awesome that is' song.  First really nice day of the year, without fail, I blast this song.  Today was that day.
2) I don't know what the hell they were thinking with all the talking/nonsense at the end of this song.  I laughed the first few times I heard it, but have hated it ever since.  Just get rid of it.  Stick to rap rap rappin'.

It's one and done time

I have no idea why, but this popped up in my news feed and it gets me every time.

PS - This makes the video: 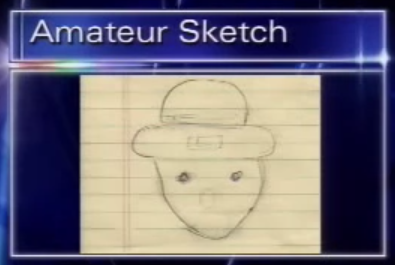 Since The Hot Glove went dead, I'm struggling to find new videos.  Here's another blast from the past.  And by past, I mean pre-YouTube.


This is why the internet is great: Miami Marlins Theme Song vs. Dora The Explorer Theme Song.  And while that was well done, nothing will ever top this.

WHY A FINAL FOUR RUN IS ALL BUT INEVITABLE THIS YEAR

Let's take a trip down memory lane to the year 2000.  That was the last time UW made the Final Four.  Here are a few facts to chew on:

And now, a few facts about the current Badger team:
I'm not saying this is really creepy and we're a lock for the Final Four, but I've already started pricing airfare to New Orleans.  And if we go that far?  At least we won't have to see MSU again until the championship game.  That team is very, very good.

This game is actually pretty amazing.  Simple premise: You get a choice of 3 things to try and draw, and your partner/opponent have to guess what you were drawing.  Basically, it's iPictionary.  WITH COLORS.  Like just about everything, it's much more fun when you play with people you actually know (instead of random internet stranger creepers).  A couple recent favorites: 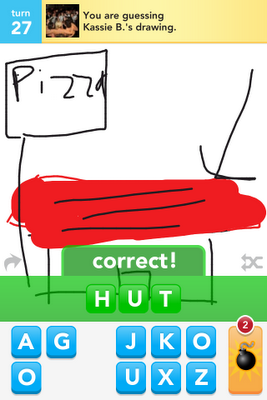 Some people may have drawn a crude, thatch hut that a tribesman would live in.  But if you're playing me?  Just go straight for the one, true love: Za Hut (SO EXCITED FOR TOMORROW). 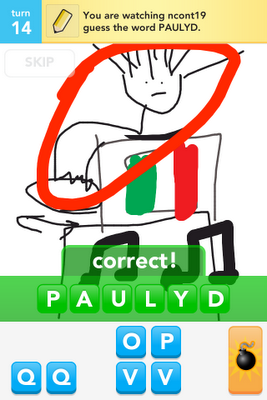 I don't think I've ever nailed anything more than I nailed this Pauly D picture.  Anyone who can't tell EXACTLY what I drew there is a moron.

Not pictured: I've gotten 'Ewok' like 5 times and I absolutely kill it.  A Deathstar shooting it's green laser with X-wings poking away at it, an AT-ST shooting lasers at a furry little dude with ears poking out, big red circle around the furry little dude.  Boom.  Ewok.  Works every time.

PS - My name is PureBwa.  If you already play and haven't challenged me yet, bring it.  And if you haven't played?  What the fuck are you waiting for? 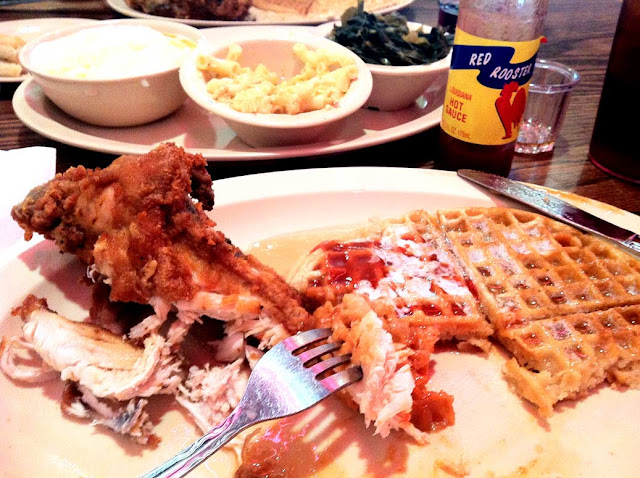 Chicken and waffles from Roscoe's Chicken And Waffles.  God that looks amazing. 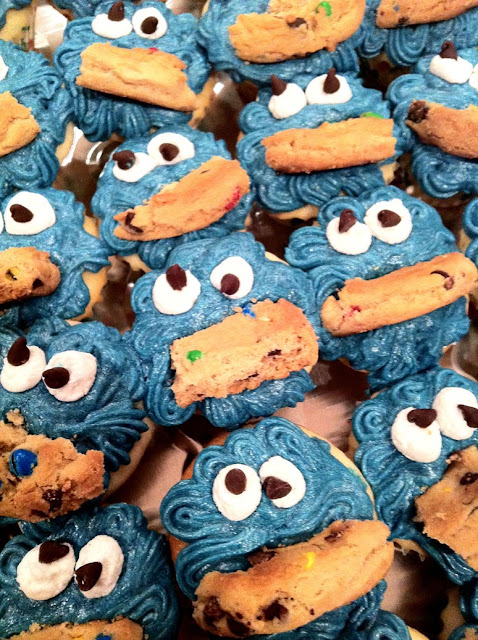 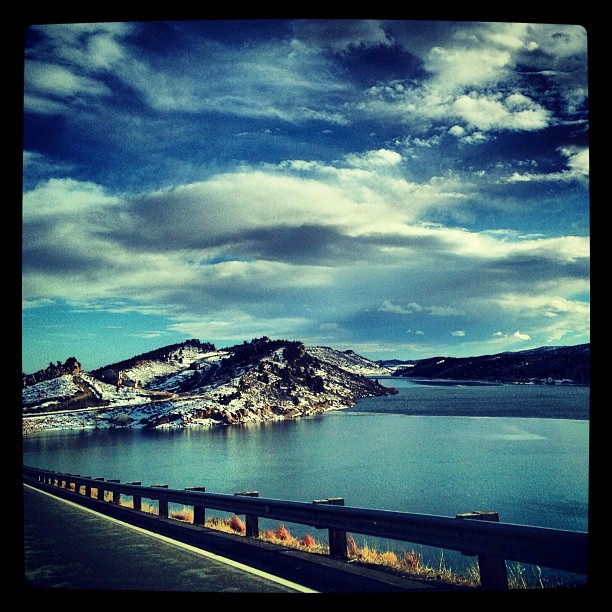 DUH DUH DUHHHHHHHH.  So maybe my BTT predictions weren't so hot (although we did beat IU!).  That happens.  But I'm not nearly as nervous as I was last year.  This year's team has shown the ability to win on the road/neutral sites, and that's HUGE.  The only, and I mean ONLY way we lose to the Griz is if we shot like absolute shit.  I'm talking at home vs. Iowa shooting.  And since I do NOT expect that to happen, I feel comfortable penciling us in to play on Saturday.  The Pick:

Yup, time to look ahead.  UW will take on the winner of Harvard/Vanderbilt.  WHAT YOU NEED TO KNOW: Vandy is the most trendy thing since skinny jeans.  People are picking them to go all the way to the Final Four.  Crazy what beating a disinterested Kentucky team can do.  Last I checked, they played in the SEC and had the same record as Tennessee (a team in the NIT).  Should UW beat them?  I think so.  Will they?  I hope so.  The Pick:


BIG weekend.  NCAA tourney kicking off, St. Patty's, hot weather... live it up.  This is what it's all about.  Time to take care of business.