As meaningless as it may be, the Big Ten Tournament should still be pretty crazy this year. Michigan is currently #6 in the country... and the 5 seed in the BTT. That's hard to even comprehend. And that's also our most likely opponent. Should Michigan get by a pesky Penn State team that beat UM earlier and almost stole one from UW on Sunday, they'll have a rematch with Wisconsin Friday afternoon at the United Center. Win that, and you have to beat #3 Indiana. And if you survive THAT, then you'll most likely see #8 MSU or #10 OSU in the championship. And THEN comes the NCAA Tournament. Jesus.

Time to nut up or shut up. No doubt, we've got a defense that can win championships. But if you want to know how far UW will advance in the B1G and NCAA tournaments, you've got to focus on these three questions:

That's really all it boils down to. We're gonna hit one of those 4-5 minute dry-spells - but can we snap out of it and start hitting shots again? Is Bo gonna let Dekker go nuts? If anyone on the team could catch fire and carry us from one weekend to the next, it's the freshman from Sheboygan with the picture-perfect stroke. Will Traevon minimize turnovers, play smart, and hit open shots? Hard to play with a point guard that doesn't do those things.

Should be really fun to see it all play out. 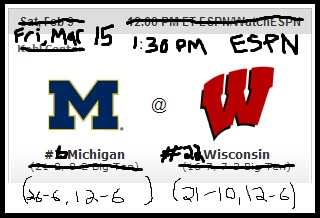 1. Ohio State, 23-7 (13-5). Previous: 1
It really kills me how good UW would be with Aaron Craft. He is EXACTLY what is missing - steady point guard who can get others looks, elite defender, GRITTY BECAUSE HE IS WHITE, rosacea... really got everything we need. NOT ENOUGH ROSY CHEEKS ON THIS TEAM.

2. Indiana, 26-5 (14-4). Previous: 5
You wanna know what's great? I firmly believe that Tom Crean did not win B1G Coach of the Year specifically because everyone knows he's a jackass. Latest incident? After IU wins their first outright Big Ten Title in 87 years, Crean runs over to a former IU assistant coach and LAYS INTO HIM on national TV. Look at this smug dickface: 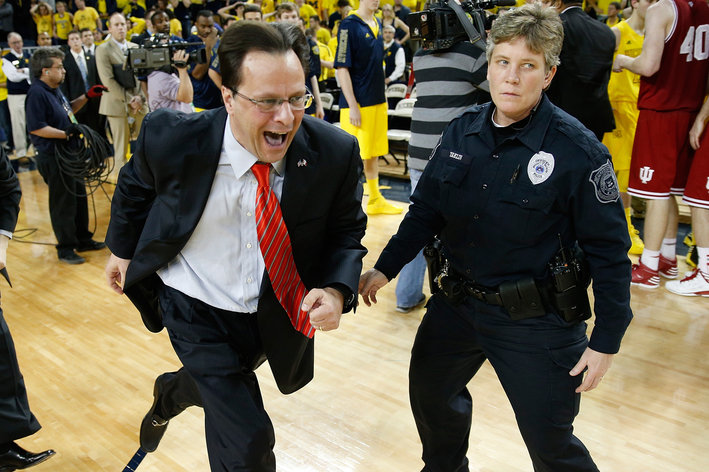 UGH. You are the WORST. Why are all the kids in line shaking hands while you're running around engaging in flagrant acts of jackassery? Way to set an example. Because of you, and you alone, and most of the IU fans I can't stand, I'm hoping the Hoosiers crash and burn big time in the tournament.

PS - Anyone else feeling this?

3. Wisconsin, 21-10 (12-6). Previous: 6
REASONING: Bo's team was due for a clunker of a shooting performance, and the good thing is that it happened in in the Purdue/MSU games. EXTRA REASONING: Bo Ryan is your Coach of the Year, and despite this team's weaknesses, I refuse to doubt the White Wizard of Wisconsin. No one wants to play us, and that is definitely some kind of sneaky, backhanded compliment.

If Sean Connery is ever elected pope, this damn well better be the way Conclave lets the world know. I got white smoke... I GOT WHITE SMOKE! CQ1, CQ1, WHITE SMOKE, WE HAVE WHITE SMOKE, OVER! 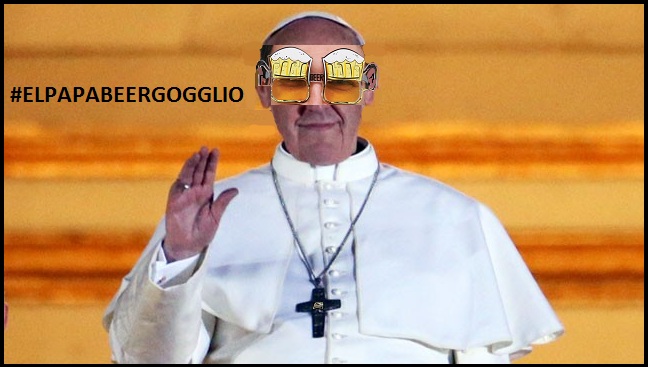 7. Iowa, 20-11 (9-9). Previous: 8
I've started reading Harry Potter for the first time, and (SPOILER ALERTS, EVEN THOUGH I'M THE ONLY PERSON WHO DOESN'T KNOW WHAT HAPPENS) I am BLOWN AWAY that this story takes place in modern England. I thought it was like in the 1300's in some made-up fantasy land. Harry's fat cousin is downloading porn with a 56k modem on the computer in his room? These mugglefuckers are watching TV? NONE OF THIS IS RIGHT. I've maintained a very rigid mental image of the Harry Potter universe, and it is NOT jiving with what's going on in this book.

Other early thoughts:
I'm 55 pages in. This is a kid's novel. There is no doubt about it. But I plan on hosting an A-Bar where I drunkenly read Harry Potter to the party. You are all invited.

8. Purdue, 15-16 (8-10). Previous: 7
#BillionDollarIdea: Custom bookmarks. My friend at work is providing the Harry Potter books for me, and I asked her for a bookmark idea. This was the result: 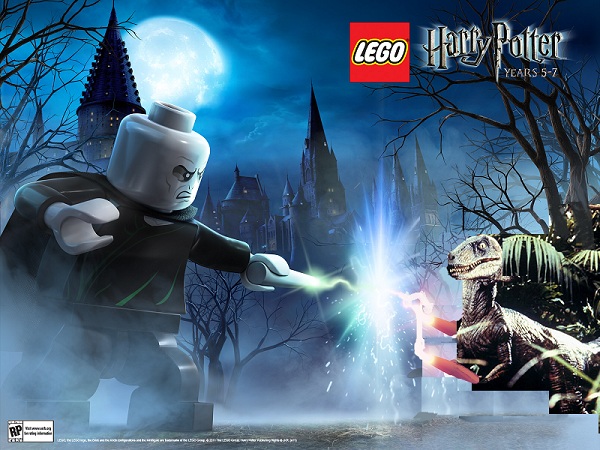 LEGO VOLDEMORT VS. DUAL-WAND WIELDING RAPTOR: WHO YA GOT? #dinogardiumraptorosa

Seriously, if you're about to begin reading a book and want a custom-made bookmark, get at me. My services are available 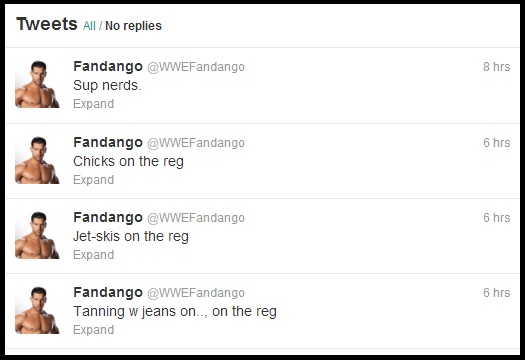 (Those tweets are pretty much perfect - awesome mix of wrastler shtick and Kenny Powers. I'm not even sure what Fandango's shtick is, I just know that I love it and I CRAVE it. 3 weeks until Wrastlemania, GET HYPED)

That was pretty cool, wasn't it?

11. Minnesota, 20-12 (8-10). Previous: 9
The difference between the last day of good beard and the first day of bad beard is difficult to describe. Girls might think they know just from seeing guys and thinking, 'oh, that boy needs to go shave that off his face IMMEDIATELY', but you don't really know until you wake up one day and can FEEL how terrible your beard is. I'm having a Bad Beard Thursday right now in case you couldn't tell.

12. Northwestern, 13-18 (4-14). Previous: 12
Carmody and Tubby should switch places next year and see if anyone notices. SPOILER: no one would notice.

I'm not sure which genre you'd categorize this song with - maybe mariachi pop rock? That is irrelevant. The only thing that matters is that this is a catchy little song, and by little I mean it's 11 minutes long. It was also in one of the Kill Bill movies, so that adds to its Mexican allure. I have no idea what that means.

Here's a promise from me to you: I will buy this song on a jukebox this Saturday. Doesn't matter when or where, but I promise to do it.

PS - I think everyone in the world hates when I control the jukebox. I LOVE it. The more you tell me my taste in music is terrible, the more I'm gonna hammer it in your face. Since I can control it all from my phone, basic WisCard logic applies: it's FREE.

Only because of this:

Abba - Take A Chance On Me

And only because I finally found the song behind this:

PS - I think that video was filmed on a stained glass TV? Whoa, shoulda been my idea. Kinda jealous.

THIS WEEK'S TOURNAMENT IN HAIKU

It may mean nothing

But let's win this thing

This is how Fox covered National Women's Day:

Everybody is asked to wear red to show your support.

Game of Thrones: 1995 Edition is a show I would have loved unconditionally. 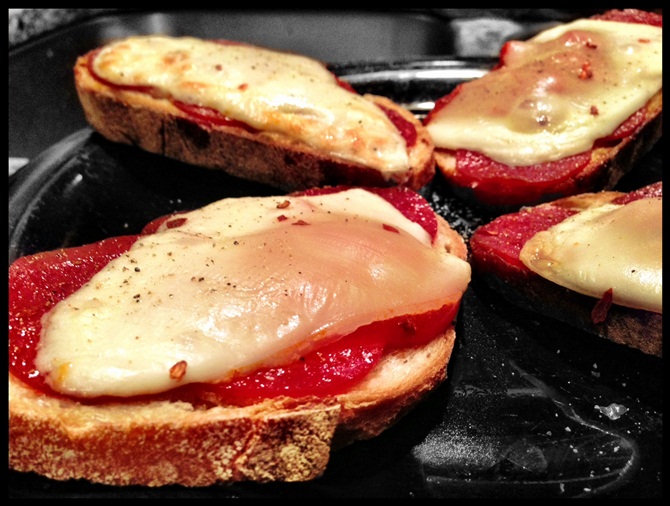 PEPPERONI SLIDERS, new item on the menu at Pepperoni Toni's! Pepperoni Toni's is my hypothetical pepperoni restaurant/food truck in case you forgot. This also doubles as my attempt at DECONSTRUCTING pepperoni pizza, which is a concept that ELUDES me, but I think I kinda nailed it here. For the record, I put the spicy marinara under the cheese so that the cheese would melt properly. I deconstructed pepperoni pizza and RECONSTRUCTED it as some kind of pizza Gusher. CULINARY GENIUS 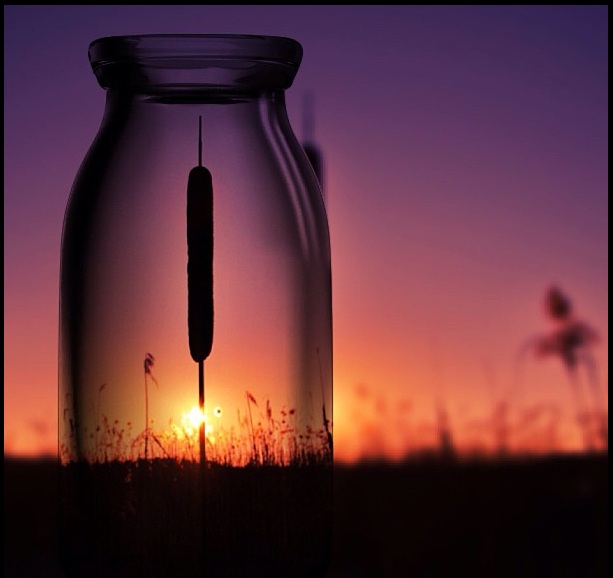 SUNSET IN SWEDEN THROUGH SOME KIND OF SWEDISH JAR. That is all.

WE NEED TO TALK ABOUT JON TAFFER

Remember Jon? Star of Spike TV's Bar Rescue, world renowned bar scientist, yada yada yada. Anyway, I was APPALLED to learn that he does not have his own Wikipedia page. Ridiculous! Dude is at least 1,000x more famous than half the shit on Wikipedia. So, being the go-getter than I am, I went ahead and made Jon's Wikipedia page. Unfortunately, it was not accepted. OH WELL. You tell me what's not properly cited in this encylopediactic masterpiece.

If you're reading this, JT - don't worry. I'm not giving up. We'll get everybody's favorite marriage rescuing bar scientist on Wikipedia if I have to hack the damn website and approve it myself. #TeamTaffer

I've spent the entire year saying that Florida and Michigan were the two best teams I've watched. I'm gonna stick to my guns. I still really like this Michigan team, and I'm banking on us saving our run and hot shooting for the REAL DEAL next week. Wins this weekend would be wonderful, especially given that they'd be over Michigan and IU. But I don't see it happening. That's OK. My advice to you is to not get too bent out of shape over anything bad that happens this weekend. Enjoy St. Patrick's day, and start mentally prepping for the NCAA Tournament. THE PICK:

ON WISCONSIN
Posted by Schwa at 7:57 PM