[DISCLAIMER: I'm posting this before the MSU game. Usually I'd wait until after, but I wanna go drink beer and eat Dimo's. So, my advice would be to save this until later and keep in mind that nothing in here reflects whatever goes down in East Lansing tonight.]

Sad to say, but kind of a fitting Senior Night for Evans, Berggren, and Bruesewitz, wasn't it? I don't wanna take away too much from what this group has accomplished over the years, but it's worth noting that they'll most likely graduate with zero Big Ten championships. The '06-'07 and '07'-'08 teams won 30+ games each year and even hit #1 in the polls. Unfortunately, Bo did not capitalize on that success in the recruiting department, and here we are, 5 years down the road, losing at home by 13 to a shitty Purdue team with a shot of at least sharing a title on the line. OF COURSE Indiana went and choked against OSU after we already shit the bed vs. Purdue. That's how it works.

And what a FRUSTRATING season. We went from low expectations to losing multiple times in the non-conference schedule to beating Indiana on the road to choking at home against MSU  to upsetting Michigan with a miracle back to choking against Minnesota to blowing out 3 teams in a row by 20+ to embarrassing ourselves on our home court on Senior Day against lowly Purdue. A WHIRLWIND OF SORTS. I'm actually a bit winded even typing all of that out. The point is this season has seen its fair share of ups and downs. Losing Gasser a month before the season could have been a fine excuse for this team to lay down and die, but they didn't do that. I can't even begin to explain the free throw shooting, which has single-handedly cost us games. But other than that, I'd say we're finishing about where I expected us to. It's just hard to stomach it knowing that if we didn't choke away some of those games we should've won, we could be playing for a whole lot more down the stretch here. Just like last year. Oh well.

So, one game left. Then the Big Ten Tournament in Chicago. And then it's one-and-done time. Can't believe how quickly this season has flown by, but I probably say that every single year in both hoops and football. Nature of the beast. We'll have a B10 Tournament preview next week and a 1st/2nd round NCAA Tournament preview the following week. Hopefully with more to come after that.

PS - I have a wedding at 6 pm on Selection Sunday. What's the protocol for filling out brackets mid-vows? Is it a digital-only type of situation? I can see paper being burdensome and possibly drawing attention. But I can turn the brightness on my phone all the way down and put Wisconsin in the Final Four discretely, yeah? Rule #1 of life: Don't have your wedding on a Wisconsin Gameday. Rule #3 of life: Don't have your wedding IMMEDIATELY on the heels of Selection Sunday.

PPPS - Rule #4 of life: Don't fuck with the people that make your food.

1. Ohio State, 22-7 (12-5). Previous: 7
Even thought it was bad for our top 4 in the conference streak, I was DELIGHTED to see Thad take down Crean on Senior Night in Bloomington. All the blathering about how Crean was getting a separate banner made for this year's B1G Championship, Coach of the Year, etc. It's all crap. Crean's a loser. Who cuts down nets after a debilitating loss on Senior Night? Who makes reporters wait until 1:30 am for his press conference? Tom Crean. That's who.

4. Nebraska, 14-16 (5-12). Previous: 10
FYI, we're 24 days away from WRASTLEMANIA. It kinda sucks that the main event is AGAIN gonna be Cena/Rock, but just like last year I'm eagerly anticipating THE UNDERTAKER to continue his legendary streak. I won't lie - there's a part of me that thinks Punk will be the heel to end it. If that happens, I'm telling you right now: I'm off the wrastlin' bandwagon. If they have The Undertaker lose his streak less than a month after Paul Bearer dies, I will quit wrastlin' for good.

PPS - If you don't get goosebumps when The Undertaker's gong goes off and the lights cut out, you're not American. I'll hear no argument on this.

I'd KILL to hear the 8 words exchanged in these little bullshit handshakes. 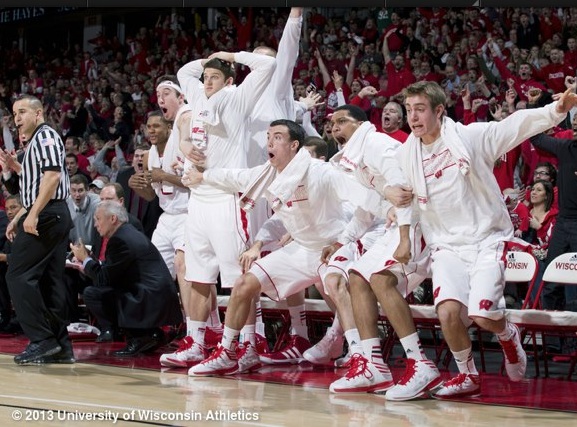 Unfortunately, this is a department where we're being LAPPED by other schools:

8. Iowa, 19-11 (8-9). Previous: 8
We were watching TCAP (To Catch A Predator) on Sunday, and this one guy (we shall call him Raul) came flying into the house ready to do his heinous little deeds. Once Hansen came out to confront him, Raul immediately pulled his shirt over his head and put his hat on. You know, trying to hide his identity. When Chris asked him what he was doing there, Raul deadpanned this word for word: 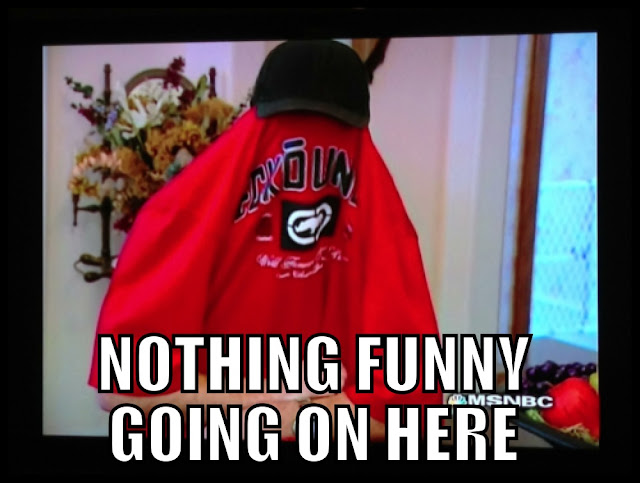 Couldn't script it any better.

9. Minnesota, 20-10 (8-9). Previous: 6
Nothing like losing to Nebraska when you're fighting for your postseason life. Tubby hasn't had a winning season in the conference in 6 years, BTW. That's fine coaching. 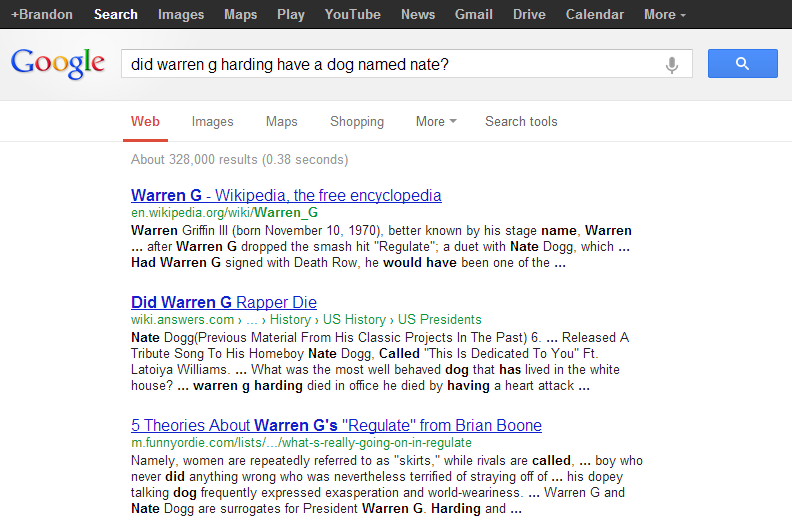 11. Illinois, 21-10 (8-9). Previous: 5
I'm not sure if you've noticed, but the layout for Google Image Search has completely changed. And it's KILLING me. Every single time, I click on a pic, decide I don't want it, and hit 'back' - only to be returned to the previous page I was on. In theory you're supposed to click this little 'X' in the corner to return to your full search results. I never do this right. #firstworldgoogleproblems

Oh I TOTALLY missed the window of my life where I was allowed to like this song. I'm fully aware of that. But it is not stopping me one bit. I asked my roommate's girlfriend to name a song I should learn on guitar and this was her choice, and it was a GENIUS choice. I have already played it on 3 jukeboxes and in 6 showers. The main problem is that I don't really buy music. I download it, because I'm some sort of asshole internet terrorist. Well, I'm always too lazy to download just one little song and sync my iPhone (takes years), so I have to resort to YouTubing the song on my phone. This is not how anyone should live.

PS - I'm totally OK not buying songs through iTunes or whatever because of this bullshit:

You see how that $25.50 ticket ends up costing $41.05? That difference represents the money I would consider spending on music. That's how I live with myself.

The other night we decided to listen to all of Stadium Arcadium while playing some Mario Party (I dominated with Peach, don't worry). First of all, Stadium Arcadium is the longest fucking album in the history of music. I think if Lynyrd Skynyrd released a deluxe remastered Freebird-only album, Stadium Arcadium would STILL be longer. And that's not a bad thing, because it's a very easy album to listen to front to back. With all the great songs on it, I've always been partial to Wet Sand. 95% of that is because it has a badass solo right at the height of the crescendo of the song. I took a music class in high school AND clap for credit. TWICE.

Seriously, I took clap for credit twice. I'm still not sure if I liked that or just hated having one more class to go to on a Friday, even if it required zero thought and minimal being awakeness. Whatever, I was a loser who took Spanish every year, and those classes were ALWAYS MWF. So I was up anyway. Meh.

"Goddamnit, is Brandon browsing the 'Songs from Girls' playlist on Spotify again?" Yes. Yes he is. I secretly hate this section every week because I do not listen to new music. Are you in a shitty band and have songs on the internet? I'll plug them here! Anything to avoid sifting through the Songs from Girls Spotify playlist again.

PS - Girls has been pretty up and down this season. I thought the last 2 episodes were MUCH better, but I wasn't digging the 'Hannah seduces an older, rich, attractive guy by throwing out old muffins in his garbage can' episode. I thought that was actually awful. Thankfully they've been featuring Adam/Ray/Shosh/Hannah's terrifying parents more recently. Fuck, who am I kidding. The only reason anyone watches this show is because it's a little bridge until Game of Thrones comes back. And then, the world will be right. CAN'T WAIT.

This is one of those situations where I skipped ahead to a chorus, enjoyed it, and put the song in my Preview. I have not listened to the entire song, and I have very little intentions of actually doing so. As I'm writing this, all I'm thinking about is my impending trip to Taco Bell to try the Cool Ranch Doritos Locos Tacos. I will be going to the world's greatest Taco Bell, and I'm more than a little excited.

'Tis the season for Pizza

(And hopefully not couch-related blood.
Don't count these syllables. Oh wait, you can.
IAMBIC PENTAMETER IN YOUR FACE)

This is a compilation of the worst ways to be woken up. All kinds of incredible. If you watch one video this week, make it this one. It's amazing how vulnerable you are the second after you wake up.

Really hoping this happens in all sports - REFCAM. 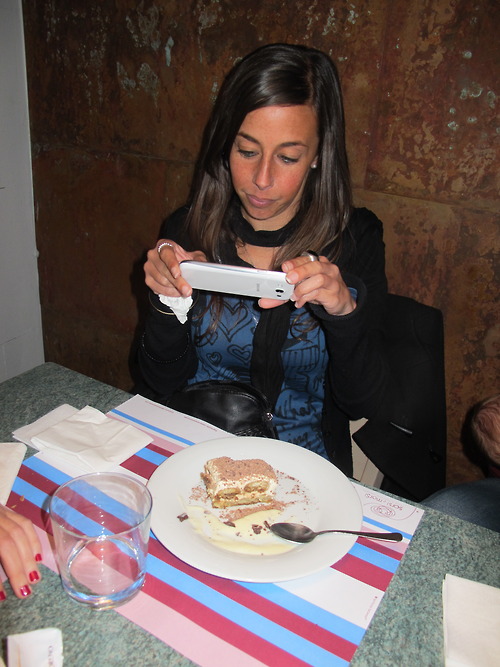 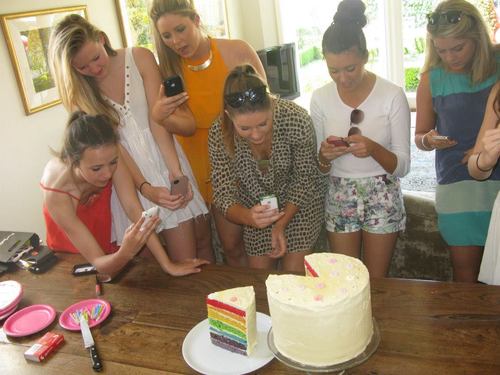 I have lost my damn mind. 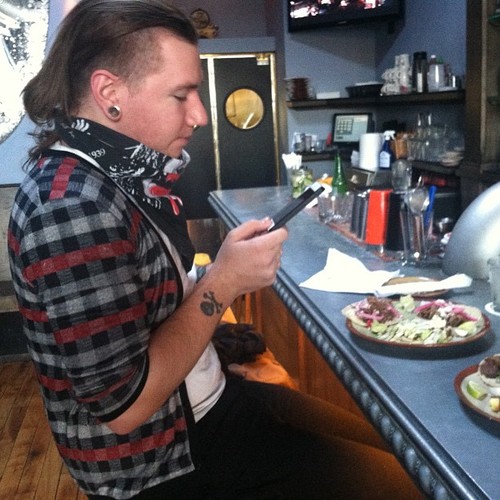 LOOK AT THIS FUCKING HIPSTER TAKING A PICTURE OF HIS FOOD. Flannel, indoor scarf, too-tight pants, HIPSTER HAIR. It's glorious. I'm real amped up right now and you can probably tell. THAT'S OK 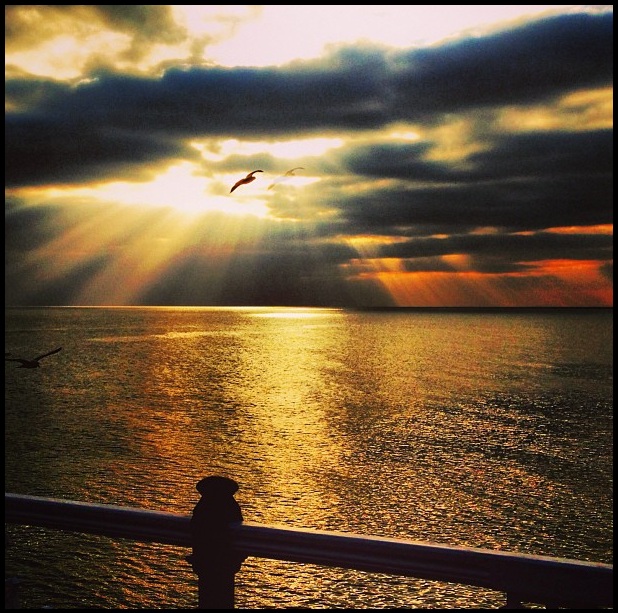 Glorious #skyporn here. Again, I've scoured the Instagrams to find this, so I'm not sure where it is. But I DO know that the witchcraft involved with Daylight Savings is coming soon, and that means the sun will be out when I leave work. THIS IS THE BIGGEST OF NEWSES.

If Penn State were 0-17 coming into this game, I'd for SURE put them down for an upset special big city shocker win. It would suck so much for us to have to be the team that gives them their B1G victory. But for the first time in the history of the world, we can give Michigan thanks for something. Penn State beating Michigan was Ted scorching his warweasel before his date with Mary. Now Penn State's got a clear, relaxed head. No thoughts about how ashamed they'll be if they go an entire conference season without a victory. No busting their asses to get the ultimate achievement. Smooth sailing from here on out. In this analogy, Michigan is the nut dangling from Ted's ear. I LOVE THIS ANALOGY. THE PICK: