As the immortal #Swiftness says, shake it off. No other way to respond to the Alabama game than shaking that loss off and moving on to bigger and better things. I think deep down we all knew we were in real trouble when Caputo's head was floating in a different galaxy a minute into the game. Watching him line up on the wrong side of the ball and have absolutely no idea where he was was downright horrifying. Hopefully he takes his time and gets back to full strength, because we're going to need him this year.

And there were some positives: Stave's Heisman campaign is off to a solid start. The ball was coming out quickly and for the most part was on target. He spread it around and we got contributions from half the damn team catching the ball. I like that. On the other side of the ball, TJ Edwards led the way with 12 tackles - another good omen for the rest of the year.

So you won't find me dwelling anything. NO DWELL SITUATION. Time to take care of business and defend the Camp.

PS - How do we feel about calling Camp Randall "The Camp"? I think I used to hate it, but ever since that video serious it's warmed on me. I think I'm just about ready to go all in.

PPS - Love going all in.


CHICAGO BADGERS: Don't miss MUSKY FEST at Will's this Saturday. I love Musky Fest, mainly because the smart ones know that we can be easily bribed with cheese curds and baked goods. Yes, that's a lovely elaborate vote box you've crafted (PINTEREST WORTHY), but you had me at peanut butter chocolate chip cookie bars. Mmmmmmmmmm

PARTY IN THE CITY WHERE THE HEAT IS ON, ALL NIGHT, ON THE BEACH TILL THE BREAK OF DAWN

We may never know if Will Smith was talking about Florida or Ohio. Whoa. I just realized that the two Miamis are in by FAR the two most fucked up states in the country.


Forget context. Fudge a small sample size. This right here is INDISPUTABLE proof that Miami (Ohio) is technically and legally better at football than UW. There is simply no way you can dispute that, which is why I said it was indisputable. I didn't think we'd be walking into a buzzsaw when the Miami Ohioans strutted into the Camp, but apparently I need to readjust my expectations. Hope we can overcome this incredible deficit of statistical dominance.


Students in 1848 participated in the "Snowball Rebellion". Defying the faculty's stance against fraternities, students packed Old Main, one of Miami's main classrooms and administrative buildings, with snow and reinforced the snow with chairs, benches and desks from the classroom. Those who had participated in the rebellion were expelled from the school and Miami's student population was more than halved. By 1873, enrollment fell further to 87 students. The board of trustees closed the school in 1873, and leased the campus for a grammar school. The period prior to its closing is referred to as "Old Miami."

I think that's really cute. It's good to know bros back then had the same thought processes as bros these days. Timeless bro-nation, America the Beautiful.

The two later released a novel entitled Beneath the Glitter (written by a ghost writer, as cited at the end of it), with the character supposedly being only loosely based on the Fowler sisters.

If you're scoring at home she wrote a book that's kinda about her and oh yeah she did not actually write the book. If you're the ghost writer, that's gotta be rock bottom. How do you tell your family and your friends that YOU were actually the genius behind Beneath the Glitter? Are ghost writers allowed to disclose their ghost writing nature? If I ghost wrote a book for YouTube beauty gurus I'd probably write it down on a piece of paper, lock it in a safe and throw it in the ocean and never say a WORD to anyone about it.


Of all the menu items, Niccol's favorite is the Cheesy Gordita Crunch, a flatbread slathered in cheese and wrapped around a crunchy taco. He usually orders two. "It's got everything that's great about Taco Bell," Niccol said. "It has cheesy, beefy, crunchy, it's melted, it's just awesome."

If Brian Niccol runs for President then I'm quitting my job to be his campaign manager. End of story. This is a man with VISION.


They subsequently began dating after meeting again at a Teen People event in January 1999, but broke up for five months beginning in April 2001 until getting back together following the 9/11 attacks.

Were the 9/11 attacks pivotal in their reconciliation? Could their relationship not last once the juice from a terrorist attack stopped flowing? Was Bin Laden's plan all along to UNITE these lovers?

Questions on top of questions surrounded by more questions.

2) Michigan State, 1-0 (0-0). Didn't look like world beaters, which probably just means my pipe dream of facing them in the B1G Championship game is definitely a no-go.

4) Illinois, 1-0 (0-0). Fired their coach, had their season opener postponed a day due to mother nature, then went out and won 52-3. I'm going to pretend to think they might not be terrible!

5) Northwestern, 1-0 (0-0). Seems pretty formulaic by now: they win a game that makes you think they're pretty good, and then they'll probably go lose to Indiana and Purdue and struggle to make a bowl.

10) Maryland, 1-0 (0-0). I know literally nothing about Maryland football other than they better win now because they're going to lose a lot of games later on.

This dude is from Milwaukee. 20 seconds in, check out the panda rocking the motion W sweatshirt! (DG)


I want to live in an America where everyone has a führerbunker. (JQW)


Became an absolute stalwart of my running playlist. Which is rough because I am now conditioned to hate every song that makes me think of running. Running is the WORST.

PS - Who wants to run a 10k with me in November on a Badger bye week? Doesn't that sound awful?

UW's Suddenly Mortal Running Game vs. Miami (Ohio) Run Defense. The combination of a battered and inexperienced offensive line and a dinged up Corey Clement is shaping up to be a slight concern for Wisconsin fans. I don't want to take the Miami (Ohio) approach to analysis and make sweeping statements after one game, so I'm not gonna tell you we won't be able to run the ball this year. But the depth behind Clement is questionable at best, and without the big horses up front paving the way, yards won't be easy to come by.

So let's just rush for 500 yards on Saturday and move on like this was never an issue.

Time for a bounceback

Home opener should be fun

Win by a million

If my goal is to find an incredibly stupid video every week that brings me the joy, then this is the winner. Love it.


I'm not entirely sure what's going on here except that it confirms something I feared growing up: you look like the biggest loser when you plug your nose going into the water. I've made a HUGE effort to stop doing that as an adult. It's a classic case of choosing to look cool vs. be smart. During that minute of misery with brain water I just keep reminding myself that at least I didn't look like the biggest nerdbomb on the planet, so it's okay.


If you hired a dogsitter and he started sending these videos to you, you'd be so happy, right? The Shire jokes tickled me real good. Bro can run in flip flops like a pro. ProBro.

Wings from Twin Anchors. Unheard of move that paid off. @theboomshow @gmortner #prohibition #foodporn
A photo posted by Brandon Rifkin (@purebwa) on Jun 6, 2015 at 1:49pm PDT


If you're keeping score at home, the wings from Twin Anchors are cold blooded. I think the official new move is to split a rack of ribs and a bucket of wings with another person so you get the best of all the worlds. Prohibition Sauce on wings is every bit as good as it sounds, and I don't even LIKE BBQ sauce in general.

That moment the Red Line emerges from underground and the sky is literally on 🔥. I enjoy that moment. #skyporn #chicago
A photo posted by Brandon Rifkin (@purebwa) on Sep 2, 2015 at 5:44pm PDT

Caught a hot one the other night. It's sad that the Belmont Red Line stop has a much better #skyporn vantage point than my west-facing balcony.

It's honestly ridiculous that Tim Cook neglected to mention that iOS 9.1 will bring NEW EMOJIS to the game. This is 1000x bigger than any megapixel improvement or reinventing the pencil as a stylus. With that said, NEW EMOJIS, RANKED: 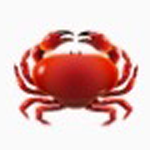 WHY isn't this the emoji: 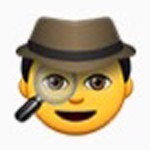 An official 'no shit Sherlock' emoji. That seems useful. 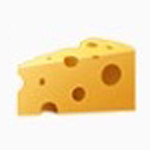 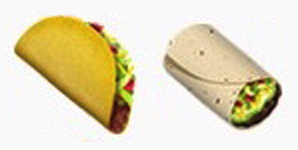 I used to be crazy about needing a taco emoji but I think that was kind of unnecessary? What uses does it have other than when you're eating a taco? Basically I need this emoji for when I go to Big Star. 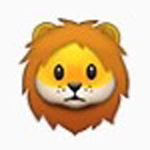 Look at the demeanor of that 'lion'. That screams out I'M JUST A LION MEO-I MEAN ROAR LOOK AT ME I'M REALLY A LION. This is the new emoji in real life: 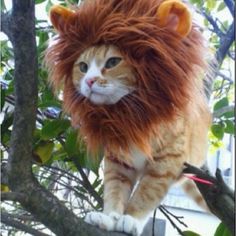 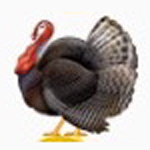 GOBBLE GOBBLE MOTHERFUCKER. For some reason that makes me smile, so just know if I ever send you this turkey that's what I'm saying. 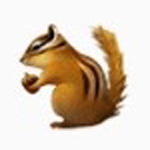 OMG WHY IS IT SO CUTE? Where did he get that little nut? LITTLENUT.cute

I'm so excited to introduce him to the BIG NUT emoji and watch his brain break. LUV U 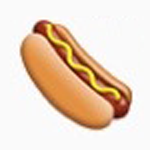 I'm just so, so very proud for Superdawg. They've gotten their wish, and now they may go back to making the best hot dogs in Chicago with sneaky good burgers and elite grilled onions and also top shelf crinkle cut fries. Hi Superdawg, <3 you. 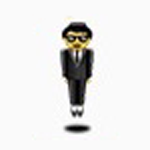 He gets SO many bonus points for being a complete mystery. Why is he levitating? Why is he wearing white socks with dress shoes? Why do I INSIST on him being Asian? Any emoji that births more questions than answers is a rock star in my books. 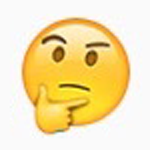 A HMMMMMMMMMMMMMMMMM. I love this guy. I don't even care about his applicability. Just love him. 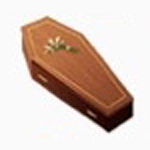 Can't even explain how badly I've always wanted an emoji for 'wildly hungover'. This will suffice. It also works nicely for a bad fuck up, or the old 'I'd rather die than _______' situation. Really important, multifaceted way of saying just kill me because I'm miserable.

This is not a week to mess around. Gotta right the ship after hitting a speedbump. Speedbump in the ocean, it's all making sense now. THE PICK:

ON WISCONSIN
Posted by Schwa at 6:43 PM