Love this 9:30 pm kickoff. LOVE IT. I wanna build a fire and wear sweatpants and just cuddle the shit out of it for HOURS. 9:30 kickoff means there's AMPLE time to get out of work, get appropriately geared up, eat chicken quesadillas con jalapeños, play 6 games of euchre, drink 7 beers, and be PERFECTLY tuned for the game. What else could you ask for?

New Year's Day bowls are beyond overrated. Who wants to have to do something before like 5 pm on New Year's? Even if that activity is drinking-themed, I'm gonna go with sleeping until I can't and then easing into 2016 like an old man sliding into a hot bath on a cold January day.

If the playoff is out of the picture, I'm taking season finale night game over 11 am Hangover Bowl every single time.

PS - If I ever invent a marketable hangover cure, I'm ponying up all my SERIES A funding to sponsor the first bowl game on January 1st. The Hangover Bowl, cured by HANGOVER DESTROYER. That's the best sponsorship the world will ever know.

PPS - If you're actually working on 12/31 and you're not a nurse, doctor, or bus driver, then just quit that job because it's not fit for human endurance.

Things I liked: Rey, BB8 holding up the lighter for the thumbs up, Finn humor, potential Finn-Rey bonefest in VIII, gritty feel that matched IV/V/VI more than I/II/III, the moment Han and Chewy walked in, every time Chewy talked, Han dying

Things I didn't like: the plot being A New Hope all over again, speaking of which maybe the bad guys in this universe should stop making planet weapons that can be defeated by 7 X-Wings and loose intel, Adam from Girls being the main baddie, Han/Leia romance, obvious hinting that Rey is Luke's daughter (looking for something more clever here), supposedly non-Jedi (Finn) holding his own in a lightsaber battle with a supposedly powerful Jedi (Kylo Ren).

Overall it's a 4/5 for me. If it felt more like the original trilogy than the modern trilogy, then it was guaranteed at least a 3/4. Added point for Rey being a great character and the movie feeling like a truly great launching pad for what could be some potentially INCREDIBLE movies in VIII and XI. 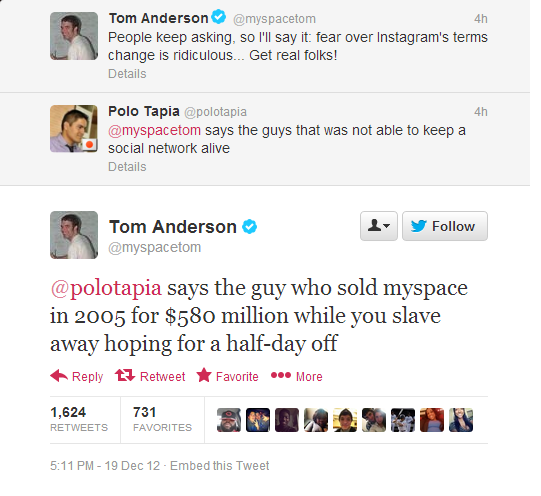 That site must have been made with Geocities, so without USC I never would be Rifkin internet famous. Thank you, USC.

PS - Gotta love Big Rif sneaking himself into the Other Rifkin's section. Classic Rif, just keeping you on your toes.


CHICAGO BADGERS: Will's is gonna turn into a zoo if I had to guess. Last game of the year + night game + marquee opponent + basketball team we need to drink to forget = come early and have some fun.

1) Michigan State, 12-1 (7-1). Hard not to be jelly of their football/hoops combined success. UW was never quite able to match up one of the elite hoops teams with the Rose Bowl football teams. A shame, but something to strive for.

2) Iowa, 12-1 (8-0). I almost felt bad when the magic officially ended. Sure, the Rose Bowl is nothing to scoff at. But you know they all started BELIEVING and really felt that perfection was attainable. Sorry, Iowa. 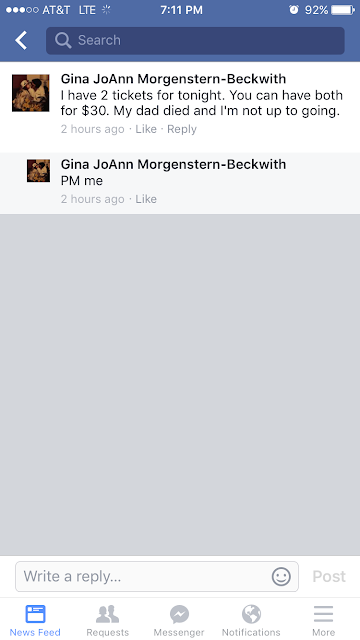 Christ, is that level of detail necessary? Such a casual 'oh my dad died and I don't feel like going anymore' comment. Got the heebiejeebies just reading that.

4) Wisconsin, 9-3 (6-2). Boy is it a bad time to be a UW hoops fan and a believer of the 'where there's smoke there's usually fire' mindset regarding rumors and rumblings. DO NOT LIKE

5) Michigan, 9-3 (6-2). Michigan/Florida is a real sexy matchup for the 2016 Hangover Bowl cured by OXYCLEAN HANGOVER-DESTROYER.

6) Penn State, 7-5 (4-4). Wait aren't I supposed to be real impressed with what Franklin's done at PSU? If he doesn't win 8+ games next year, do we get to start wondering if he's not the golden god he seemed like he was? 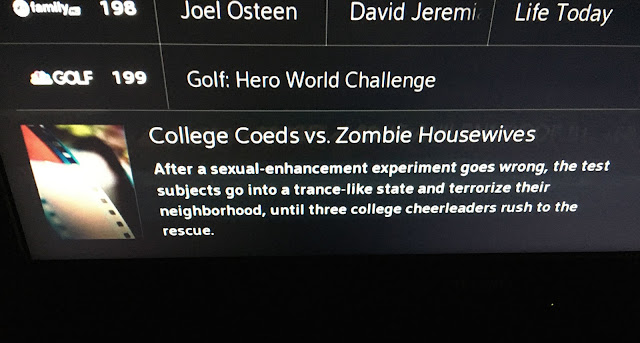 11) Maryland, 3-9 (1-7). On the recommendation from a friend, I ordered these socks and I am ON BOARD. Wearing them for the first time right now and WTF why didn't someone tell me I needed good wool socks in my life sooner? Probably gonna order 12 more pairs and never look back.

Rutgers) Rutgers, 4-8 (1-7). Need one of those fancy White House petitions to get Rutgers out of the conference. How do those work? 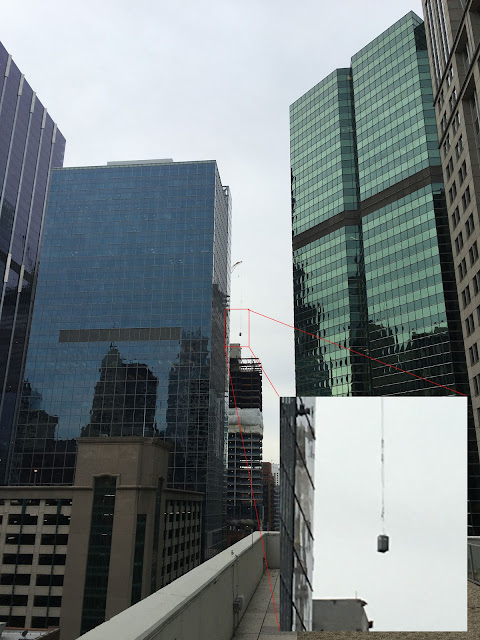 FLYING POOP BOX IN THE SKY! I have no idea why, but anytime I see a portable watercloset floating through the sky amid a jagged wall of glass-faced Chicago skyscrapers, I get irrationally worked up. Just slays me. I think it's the thought of Joe from the local 181st Pipefitters relieving himself while the boys take him for a scenic tour of downtown Chicago. Construction prank jokes are DANGEROUS. But not as dangerous as unions.

PS - All I know about unions I learned in season 2 of The Wire.

One of my favorite things is discovering a new song I really like that's been around for a while and pretending it's brand new and I am the first human to like it. No one has EVER heard this song before! I'm spreading it around since I'm always conducting bandwagons from the get-go.

UW's Dirty D vs. USC's Potentially Devastating O. Strength on strength when USC has the ball. They're probably littered with 4 and 5 star athletes, and the usual speedy west coast offense vs. plodding midwest defense tropes will be out in full force. Except the only problem with that is the UW defense is about as good as any defense in the nation. Gotta figure Wisconsin only stands a chance if this game is played in the teens-low 20s. If USC drops 4 touchdowns on us, then we're in trouble.

My how the time flies

End of a career is here

So much to love about this. I guess the reporter is known around Detroit for doing hoodrat shit like this, and if that's the case then I may have to move to Detroit. Top moments:

1) Her boyfriend being this guy in real life: 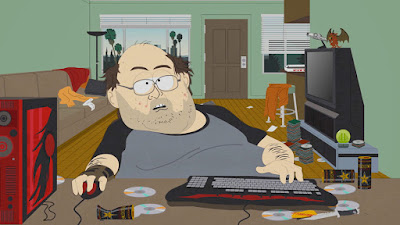 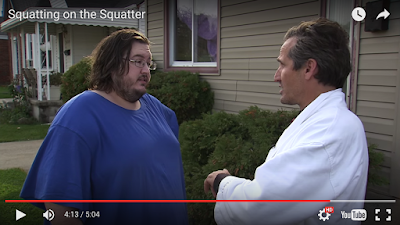 SEE? Even World of Warcraft-obsessed video game nerds can have meaningful relationships with real-life people!

PS - Talking about how blessed you are as you get sent away to prison for 2 years for squatting while on probation is why every time I see #blessed I just want to delete the internet from my life.


I love that this makes me think being a garbageman is fun! Might be time for a career pivot!


He went to Harvard. People forget that. 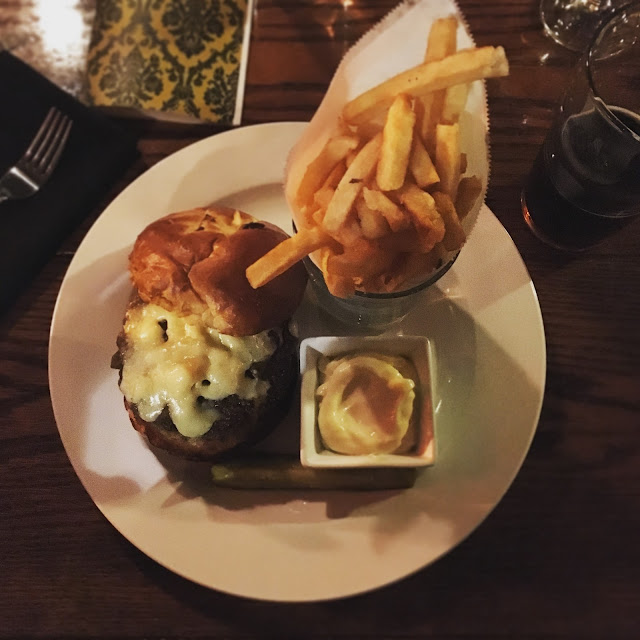 Finally made my way to Owen and Engine - this burger did not disappoint. I give the waitress credit for trying to sell me on the 'just get it the way it comes if it's your first time' idea, but there's no way I'm going cheeseless on a burger in 2015. But yeah, when it comes to the actual meat itself, this is the best tasting burger I've had. Here are my burger power rankings in Chicago based on just the quality of the meat in the burger:

Plus, $16 for that meal, a shot of bourbon, and a beer is about as good of a deal as you're going to find. Highly recommended all around.

What a shitty Monday. Here's a beautiful photo of Chicago to make everyone feel better. Regram @chrisburrichter
A photo posted by RedEye (@redeyechicago) on Dec 28, 2015 at 8:50am PST

Well I mean this is pretty awesome. Good job, person who took this before the RedEye re-posted it.

There is literally no way we're losing in Joel Stave's collegiate swan song. If I know Sunshine (I don't!), he's saving his best for last. Fly us to the moon, Joel. This is your BBQ and it tastes good. THE PICK:


ON WISCONSIN
Posted by Schwa at 8:06 PM