And I mean that! Never a freaking doubt that we were taking down Villanova. Okay, maybe there were several moments of slight doubt (down 7 with 5 minutes to go). But what a time to be alive when you can be rationally confident you're gonna take down the #1 overall seed. EL GARDO ES EL MEJOR.

Now, new challenges await. First up is a Florida team that is quietly up to #3 in the KenPom ratings. But they don't scare me. You know what does scare me? MSG and its NBA rims. WORKING THEORY: we cannot shoot on NBA rims. This has been my unofficial observation and hypothesis for decades. Whatever the reason may be, we simply do not seem to shoot well on rigid NBA rims. Oh how we've grown to love the delicate, gentile bounces of the Kohl Center rims.

I refuse to do any research, and I suppose the Marquette game this year flies in the face of everything I'm saying, but if I have one major concern about our surprisingly good chances to make it to the Final Four... it's those damn rims.

But it's the season for overcoming fears and conquering obstacles. My rational confidence remains unfazed. No team has more experience in the moment, and it's not like we're running a bunch of scrubs out there. Bring on the Gators. Gimme Baylor. I want 'em all.

Friday night, 9:00 pm tip. That is so hot I'm afraid to even think about how the night is gonna play out. Lava hot tip time. Friday night. Bring it.

PS - Coming for that ass Florida:

Not many have more fun during #MarchMadness than the #Badgers. pic.twitter.com/OicvrMfvWO
— Wisconsin Basketball (@BadgerMBB) March 23, 2017

What criteria are they ranked on? WHIM OF A MADMAN (me).

11) G. B. Edwards, taxonomic entomologist specializing primarily in spiders. Yeah obviously you're the weirdo in the weirdo group of friends if you just dig on bugs for fun. But to hone in on SPIDERS as your bug du jour? Psychoville.

PS - If you're reading this right now and you don't recognize this guy, then I have no idea how you satisfied your science requirement at UW: 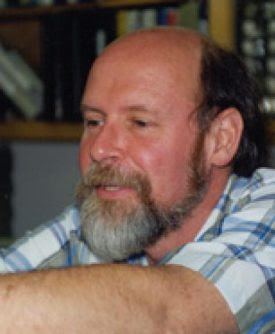 Only Thursday night class that was tolerable. 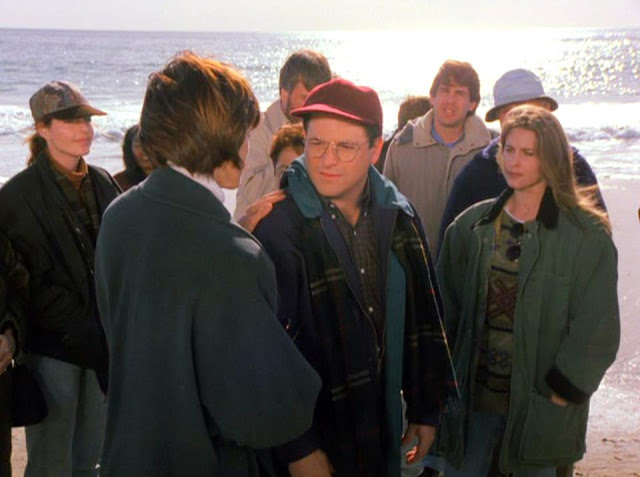 9) Robert Love, software developer who uses open source, known for his contributions to the Linux kernel. Did someone say kernel?

7) Timothy Lincoln Beckwith, great-great-grandson, and the only known living descendant, of Abraham Lincoln. We're all sitting here watching Pandas and Giraffes try to bone to keep the species alive when we REALLY need a Truman Show situation with Timothy Lincoln Beckwith. HOW DARE YOU end the Lincoln bloodline? You get on Christian Mingle right now and MATE.

PS - No but seriously, if you're a direct descendant of Abraham Freaking Lincoln, can't we find a suitable match from some other famous family that dates back to the Founding Fathers? Is there a female Adams or Jefferson great-great-great-great granddaughter we can set him up on? What a splendidly regal blind date. Hope he takes her somewhere classy, like Applebee's.

6) Abby Wambach, American gold medalist at the 2004 Athens Olympics and 2012 London Olympics. She'd be much higher given her dominance on the field and strong presence in the LGBQT scene (movement? What's the right word?)... but the whole pill popping DUI thing and railing on the USMNT for half-nationals is kind of a sour look. But damn if she isn't the best diving headerer of all-time.

5) C. D. Atkins & Louis G. MacDowell, co-creators of the frozen orange juice concentrate. I honestly haven't seen one of those cans of frozen orange juice since the 90s. Do they still exist? They seem to fly in the face of the whole gluten free whole wheat organic cage-free no antibiotics no preservatives culture that has swept the world. I like my gluten just the way it is, thank you.

4) Stephen Root, Emmy-nominated actor, best known as "Milton" in Office Space and for his performance in Dodgeball. My first thought when I started scrolling his filmography was 'this guy had to be in an episode of Seinfeld at some point'. Cmnd+F "Seinfeld" and sure enough he was in 'The Invitations'. But he's billed as Mr. Lager, and he didn't have a line of dialogue... so I can't place him. Poor Milton.

UPDATE: I now see the light. He was billed as Mr. Lager, but in the script itself he's listed as 'Manager'. That's because obviously he's the damn bank manager when Kramer demands $100 for getting a 'hey' instead of a 'hello':


Not joking when I say I am legit disappointed in myself. Downright embarrassed. Thank you to the 15 people that have since pointed out my error. Pine is good.


3) Philip Don Estridge, led development of the original IBM Personal Computer (PC), known as "father of the IBM PC". Now that seems like a slightly important contribution to the world.

2) Douglas Leigh, advertising executive, and pioneer in signage and outdoor advertising, and created New York City's Times Square. Oh, he CREATED Times Square? Either way, Times Square basically IS New York, so vis a vis Dougie invented New York. OH NO THE GAME IS IN NEW YORK.
1) Melinda Lou Thomas, namesake of Wendy's restaurants and daughter of Wendy's founder Dave Thomas. I feel like it's only right that Lady Wendy has accrued all sorts of power and spicy chicken dominance in the wake of her father's death. It's her face on the logo, it's her name on the restaurant, and damnit Lady Wendy First of her Name is the rightful Queen of the Andals and the First Men. 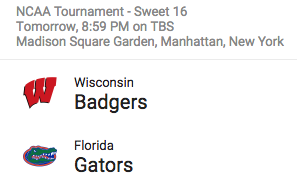 (7) Michigan
Opponents: Oregon, Kansas/Purdue
Undefeated Chances: 13%
Ugh the narrative is getting so obnoxious: However, I will say that a Wisconsin/Michigan National Championship game sounds QUITE fun.

(8) Wisconsin
Opponents: Florida, Baylor/South Carolina
Undefeated Chances: 41.44%
Well now this turned into a nice little draw: 3 Final Fours in 4 years is absurd. Screw it, do it.

(5) Minnesota
Death via: Middle Tennessee State
Way to live up to that unearned seeding: On behalf of Wisconsin fans everywhere, let me say that no one misses you and you will always be trash.

(6) Maryland
Death via: Xavier
Hot Tweet of the Week: 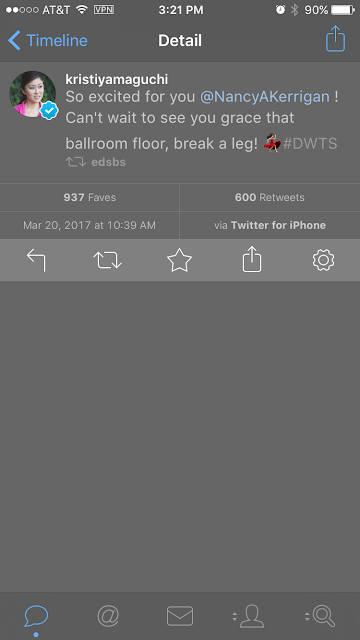 (8) Northwestern
Death via: Gonzaga
Yeah it was a bad call, but let's be honest for a second: Northwestern is 90% losing that game even if they got the call right. I get being upset, but all the posturing about how 'they knew they were going to win' if that was called correctly is silly. SILLY. Rough break, nerds. That's what happens when you make it to the dance: sometime you get boned.

(9) Michigan State
Death via: Kansas
March just won't be the same with MSU sitting at home the rest of the way: And by 'won't be the same', I mean it's going to be SUPER.

(1) Iowa
Death via: TCU
Bye Bye, Franny: But we totally empathize on losing postseason games to TCU. Those Horned Frogs got some bite.

(2) Illinois
Death via: UCF
WHY DIDN'T YOU HIRE CREAN: Another dream has died. 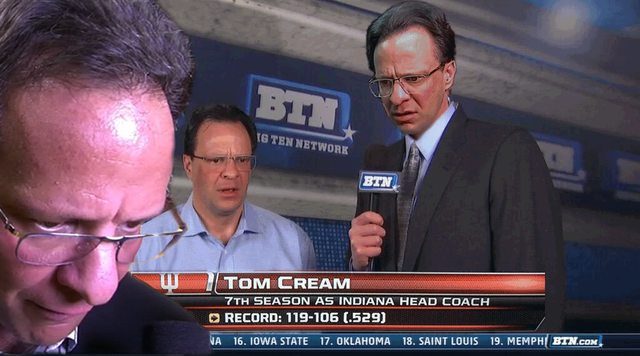 HE'S GONE! HE'S REALLY GONE! I always knew this day would come, but now that it's here I'm just at a complete loss. Devoid of emotion. Searching for meaning. I need Crean back on the sidelines IMMEDIATELY. If I don't see him stomping on the court, slugging Diet Cokes, and booting underperforming players to make room for new recruits soon I think I'm going to stop watching college hoops.

PS - If I read one more fluff piece about how brave he is for handling this adversity I'm going to vomit on my own face. Yes, let's feel bad for the multi, multi-millionaire coach getting fired. I'm sure that $4,000,000 check he got on his way out the door will barely get food on the table for his family. Returning those university provided cars must have been a real heartbreaker. How, oh HOW will the Crean family ever emerge from this absolutely catastrophic sequence of events? Someone should start a GoFundMe.

Official 2012 anthem of the summer according to the United Kingdom. Hopefully no one in America has heard it yet and I'm the FIRST.

We are still alive

I love that this guy spent 3 years building this just because one day he was like, 'man, it'd be cool if the dartboard automatically moved so I got a bullseye every time'. Hot nerding. Elite nerding.

PS - Way to get that Dollar Shave sponsorship. Clever girl.

PPS - I can't imagine how much of a bitch it was setting it up in a bar but it was TOTALLY worth it just to get drunk people playing on the witchcraft dartboard.

STRONG NERDERY TONES THIS WEEK. This seems like a very appropriate follow-up to the dartboard video. In fact, I bet a LOT of the same parabolic math formulas are at work here. What I learned in the first video I have applied to this video. I LEARNING.

Anyone who has ever played guitar but never been all that good at it has always dreamed of this scenario. And this guy MURDERSHREDDED it. 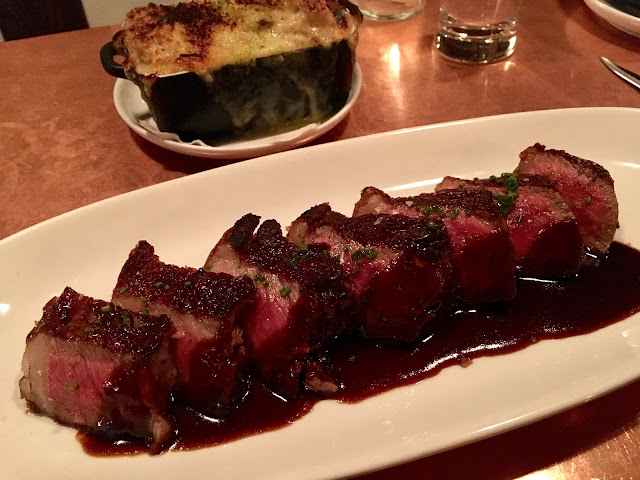 New York Strip from the Boeufhaus in Chicago. I think typically I don't like my steak to come pre-sliced (that's MY job), but I admire the presentation skills on display here. And the steak itself was delightful. 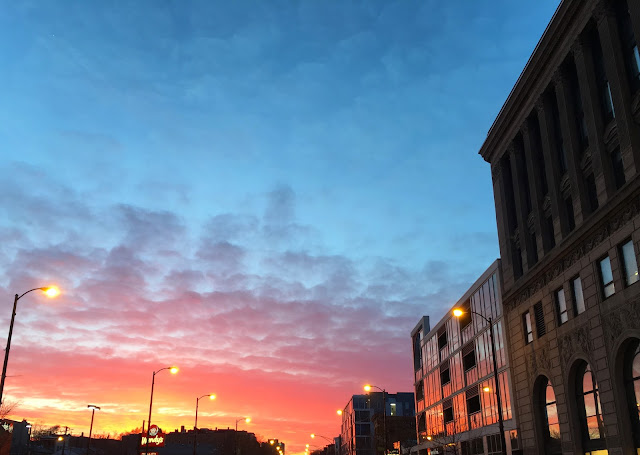 I hate how confident I am. But I can't deny it: I think we got this. I love being the experienced team. Been there, did most of that, but came back to finish it. FINISH IT. FINISH IT OFF. BURN THEM ALL. WINTER IS HERE. THE PICKS:

(keep) HOLD(ing) ON TO YOUR BUTTS


ON WISCONSIN
Posted by Schwa at 5:37 PM