Voting and family obligations kept me away from a TV on Saturday, and it looked like I didn't miss much. That's fine. Well, Hornibrook getting another concussion is certainly awful, but I don't think it matters who plays quarterback this year. This team simply isn't very good, and they're going to have to scrap and claw their way to a solid bowl game to salvage this season.

The edge is off, though. The shine is gone. Time to take Badger gamedays for what they are at their core: perfect opportunities to day drink with friends and live your best life. That's what I plan on doing the rest of the season. Join me.

Raw, shreddy, & catchy. That's the holy trinity of rock music. I'm all over this song and all about these girls. I don't think this is the last we'll be hearing of them.

1. Michigan, 8-1 (6-0). The office kicked off a little unofficial weight loss competition that runs through January. So if I'm irrationally irritated or cranky in the next several months, it's most likely because I would stab you for a bucket of french fries. #AdiosCarbos

2. Ohio State, 8-1 (5-1). Speaking of weight, I had to go through the driver's license renewal process this week and I did NOT enjoy the geriatric working there assuming we were keeping the same weight from 4 years ago. Sorry, bud. We're chopping 5 pounds off that and pretending it's accurate. 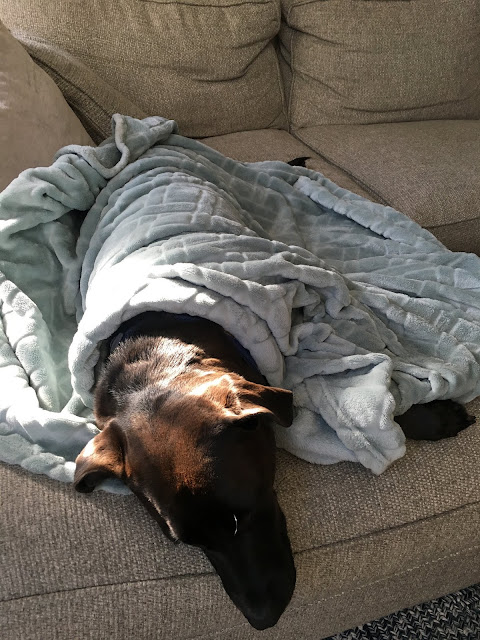 Is it bad that I'm trying to turn my dog into a blanket dog? Sometimes she curls up and I have no choice but to read her mind and assume she wants me to swaddle her in a blanket. But am I OVERHEATING the poor hound?

These are the things keeping me up at night.

PS – due to a recent shoe eating incident, she is currently a BAD GIRL

6. Wisconsin, 6-3 (4-2). More injuries. It just isn't ending. Truly unfortunate to see the downfall from the preseason hypetrain to our current situation. Finish strong, win a decent bowl game, and bring on Mertz.

1) Friday After Thanksgiving - POSTGIVING DAY. It's positively outrageous to expect productivity the day after we are legally forced to drink and eat like sáuvagès. I used to have to work that Friday and I did NOT work at a bar or restaurant. Complete garbäge.

2) Election Day - NATIONAL VOTING DAY. Not only should there be as few barriers as possible for people to get out and vote, but we should all be able to party the night before and the day of in celebration of our democracy.

3) Monday After The Super Bowl - SUPER MONDAY. The Super Bowl has grown to be about to much more than football. It's a social gathering on par with Thanksgiving, except instead of turkey and weird cousins it's wings and your friends. There's appeal for everyone: football, commercials, halftime show, food, drinking, etc. And NO ONE likes that person at the Super Bowl party that reminds everyone of the impending doom of waking up for work the next day.

4) New Year's Eve - END OF YEAR'S DAY. I just want to wish someone a HAPPY END OF YEAR'S DAY. I love how Corporate America has quasi-officially made it a half day. Given how easy it is to work from home for most office jobs and how annoying commutes are for a lot of people, asking everyone to come in for 3 hours is weird and inefficient. Knock that crap off. Let us all eulogize the prior year properly. AND A GOOD END OF YEAR'S DAY TO YOU AS WELL, CHIEF.

8. Purdue, 5-4 (4-2). I can say with a high level of confidence that I'm worried about my browsing habits when this is a targeted ad for me: 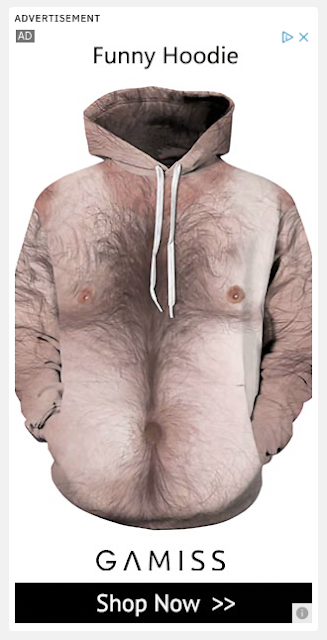 The weird thing is I don't remember googling 'sweatshirt that looks exactly like me'. Whatever, I'm getting this for my girlfriend for Christmas and we can do some weird twinning next summer.

PS - as a hairy man I must say I find the centrally distributed chest hair pattern here curious. And that is a MASSIVE belly button. You could pour a bowl of soup in there. It looks like a black hole sucking all of the hair into its vortex.*

*I know next to nothing about black holes but am pretty sure they have a vortex.

9. Indiana, 4-5 (1-5). We (tentatively) have a title for the first Game of Thrones prequel series: THE LONG NIGHT. Oh HELL yes! Gimme all of the legendary Starks, journeys east of east, and some old school White Walker drama:

10. Minnesota, 4-5, (1-5). As I've spent a lot of time in my life re-watching Seinfeld and various other sitcoms from the 90s, I've concluded that laugh tracks are absolutely the worst. Can you get versions of these shows without the laugh tracks and compare? Would the timing of all of the jokes be weird if you just muted the laugh tracks? QUESTIONS.

11. Illinois, 4-5 (2-4). Me before the first snow of the year: "brace yourselves, all of the cliche snow snaps/instas/tweets are coming, SO ORIGINAL EVERYONE"

Me 7 seconds after the first snowflake falls: furiously tweets LOOKS LIKE FALL IS SNOWVER #snowparty

12. Nebraska, 2-7, (1-5). Yeah I'm pretty pumped for a taste of snow. Cold without snow is miserable. Gimme that gentle muffled sound of snow falling any day.

13. Rutgers, 1-8 (0-6). I should clarify from last week: Rutgers only recruits ATTEMPTED murderers. Because it's important that their recruits are miserable at everything they try.

We watch just to drink

This team is going nowhere

The simplest pranks are the best pranks. Let's all safely assume it's real.


Two months after getting shot and Reagan gives a perfect response after a balloon loudly pops during a speech. It's almost as if you need a certain degree of charm and wittiness to become President. Hmmmmm.*

*I actually have on idea what I think I'm being clever about here.


This was better than I expected, and on a week where the video well is running real dry we just have to accept that. 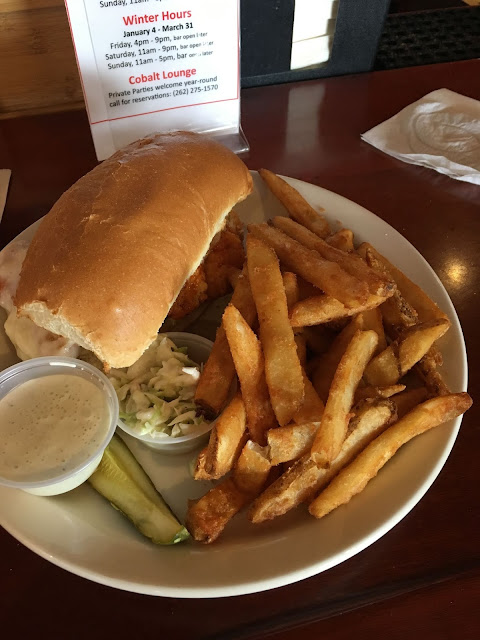 Listen: this is essentially a chicken tender sandwich. It was solid. Good ranch, too! But I need your help! How would you classify those fries? They're somewhere between normal fries and steak fries. They had a nice, light crispiness to the outside while still being fluffy on the inside. Not overly potato-y, either. It's a very fine balance to strike in the french fry game. I've had fries like these on several occasions in my life - and they're great - but I struggle identify them. I know they probably come frozen in a bag from a Sysco delivery, but I NEED MORE INFORMATION. Help me.

PS - I'm basically Costanza, but with a french fry lineup instead: 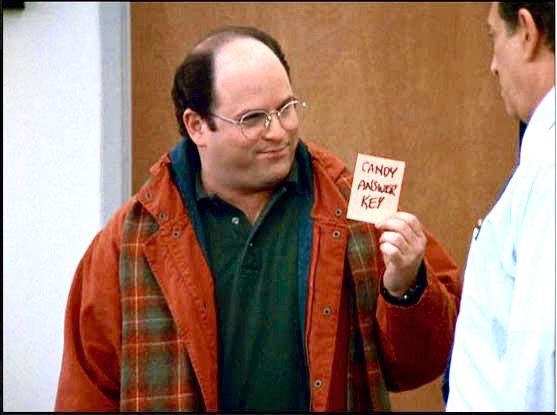 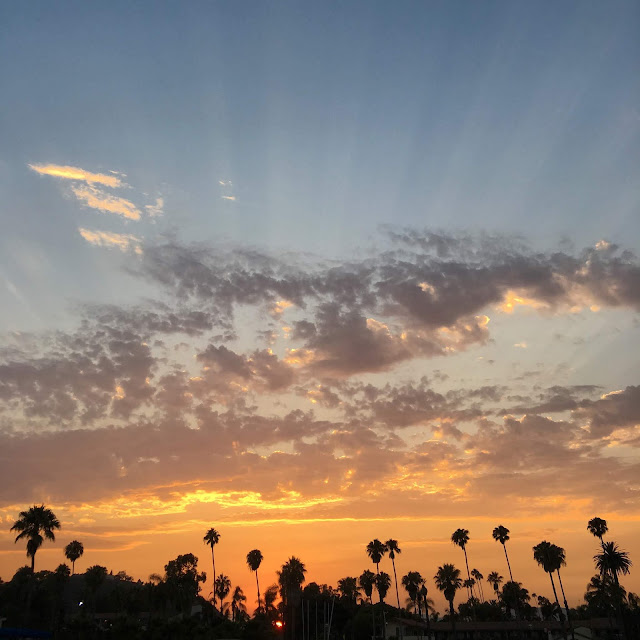 About that drive down PCH1: the second leg of our journey was from Carmel to Santa Barbara (including a stop in Big Sur). But that drive was a bit longer than we anticipated, and we ended up deviating from PCH1 (onto another scenic route through central California). By the time we got to Santa Barbara, we were ITCHING to get out of the car. And that's when I noticed there was a banging sunset going on! So obviously I ran to the beach and stood out there taking pictures as the tide crept in on my feet. Totally worth it. Love those rays.

Yeah I don't know about this one. THE PICK:

ON WISCONSIN
Posted by Schwa at 9:55 AM