That was Bo Ryan's best win at Wisconsin. I could get cute with this and chart my feelings from before the Illinois game on Saturday to the end of the IU game Tuesday (tried it; wasn't funny), but there's no need for that (woulda been a need if it were funny). All you need to know is that people were talking about the NIT a few weeks ago, and now we're 4-0, alone in first place, with a road win over the #2 team in the country firmly planted in that 'Good Wins' category on our tournament resume. NOT TOO SHABBY.

Oh yeah, this was Bo's 11th straight win over Indiana and his 5th straight win in Assembly Hall. I don't have Elias or Stats Inc. at my disposal, but I'm pretty sure NO school has ever won 5 consecutive games at Assembly Hall. I mean, at one point in time Indiana beat us something like 31 consecutive times. They OWNED us. They were basketball royalty - draping newborn babies in mini NCAA Championship banners right out of the womb: 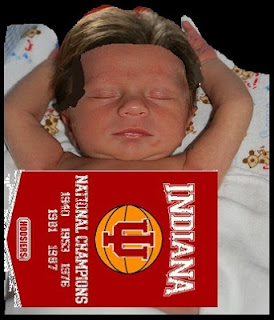 But then they started slipping. And Bo Ryan came to UW. And ever since, we have just pooped all over Hoosier Nation. I LOVE IT SO MUCH. IU fans are insufferable once hoops season rolls around. After a few shitty seasons, the Hoosier Hypewagon was running full steam ahead this season. They were the preseason #1 team and a trendy pick to win it all. Their fans ate that shit up and were convinced this was the year that Crean took them back to the promised land. AND DID THEY MENTION THEIR BANNERS? All those lovely banners that were raised before every IU fan you know was even born. I have no idea where I'm going with this, but I'm just drinking it all in like it's an ice cold Natty Light. IU tears are some of the BEST tears to drink. MMMMMMMMM

PS - Did anyone else get this feeling after watching the game Tuesday night?

And I'm not even mentioning that IU's foul total is a little inflated from their late game fouling. But sure, Dick Pepperfield, the officials most definitely had an agenda: Screw the Hoosiers by calling more fouls on UW and giving IU 5 more free throw attempts. YOU HAVE CRACKED THE CASE, DICK PEPPERFIELD.

(But agreed - Bo is an awesome coach!)

CHICAGO BADGERS: Saturday night game against Iowa, might be time to kick the tires on our dear old friend Mrs. Red Monds. NOTE: Will be hammered by tip-off. 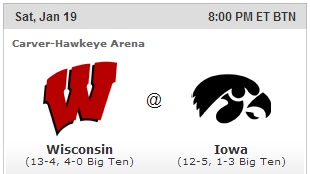 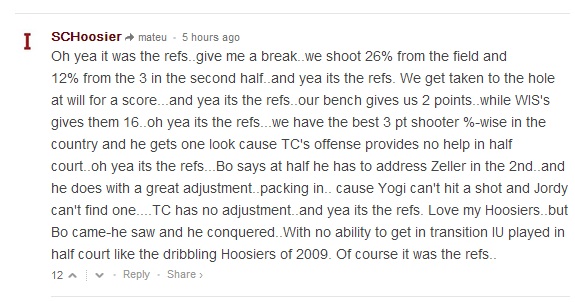 2. Ohio State, 13-3 (3-1). Previous: 5
I watched the second half of their 'Oh god I really hope we don't blow this 20 point lead' win over Michigan. The biggest takeaway is NO DOUBT that announcers are cool with making fun of Aaron Craft's rosacea on air. 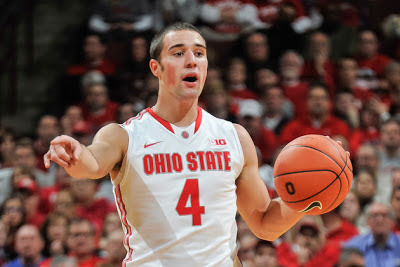 Craft made a terrible play and one of the announcers legit said, 'Boy, I don't think his cheeks can get any redder after that! I heard his cat has cancer, too. UNFORTUNATE SEQUENCE OF EVENTS FOR THE POINT GUARD, CLARK.' 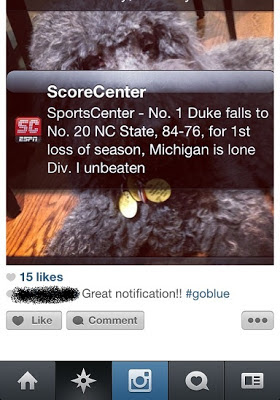 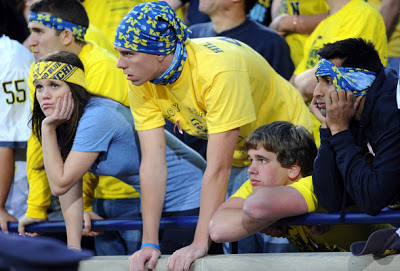 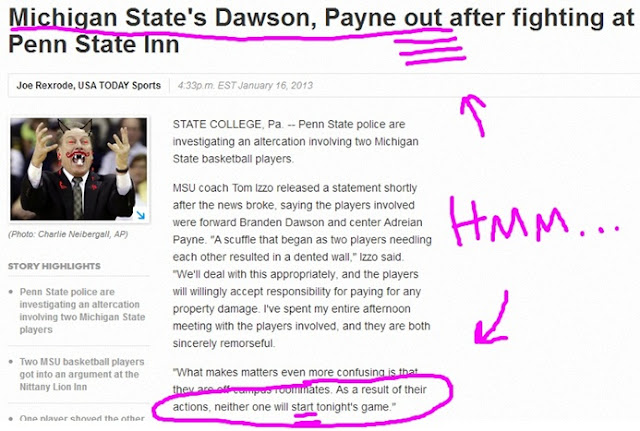 5. Minnesota, 15-2 (3-1). Previous: 3
DID YOU KNOW Tubby Smith's real name was Orlando? Apparently he got the nickname 'Tubby' because out of the 17 kids in his family, he most enjoyed being in the bathtub. And I thought I had a terrible nickname story. WOOF

Jesus, Crean. I get that Bo keeps your balls locked up in a jar on his desk, but can't you at least try and not look like a giant fucking baby? If you tried pulling this shit on Jim Schwartz, he'd fucking CUT you.

PS - Someone tweeted this shirt and it is SO true: 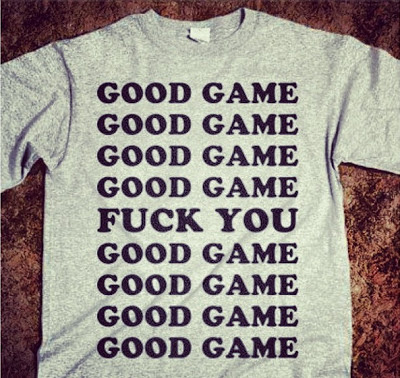 There's always that one douche that was going in cleats up or sticking his foot under you on a jumper. Fuck that guy. He doesn't get a 'good game'.

7. Purdue, 9-8 (3-2). Previous: 12
I could not tell you one single fact about this Purdue team. Maybe they need a scandal to get people talking about them. I vote POINT SHAVING. That kind of publicity should bring in some big time recruits and turn their program around.

PS - Always thought the phrase 'point shaving' was misleading, like back before the internet there were guys in windowless back rooms in Vegas taking points off box scores to make sure the Italian immigrants that bet their family's food money for the week didn't win. And then their kids get caught trying to steal bread to feed their families and get their hands cut off. I have a vague understanding of how things worked back in the day.

9. Nebraska, 9-9 (0-5). Previous: 9
Did anyone else get used to Nebraska being in the Big Ten much quicker than they anticipated? I thought it would take years of treating them like an outsider before we really welcomed them with open arms. WHY ARE WE SO SOFT? Ohio State should've been flipping their lunch tray while Michigan was stuffing their locker with manure. Our band should be HAZING them relentlessly. Sad to call myself a Big Ten alum now that I think about it.

11. Northwestern, 10-7 (1-3). Previous: 11
If I tried to rally the troops and arrange a night out on the Northwestern campus in Evanston, would people come? I'm dying to know if you can get weird there or if people are just smoking tobacco pipes and playing backgammon in their studies all night. You know you've made it in life when your house has a study.

I came across this playlist that claims to have the 100 most beautiful songs (as voted on by the nerdbombs at reddit). Not gonna lie, fucking GORGEOUS songs on here. Just wanna frame some of these songs and hang them above my bed to stare at longingly before drifting off to sleep every night. Pure dimepiece tracks.

AKA the fountain song from Ocean's 11. Makes me wanna go back to Vegas, throw some headphones on, and blast this song while taking in the Bellagio fountain show. I also would not mind stealing $160 million from some rich dickhead who's been boning my ex. Fuck you, Terry.

I knew the version by the Darkness was a cover of a Radiohead song, but for some reason I never really went out of my way to listen to the original. Verdict? QUITE BEAUTIFUL. Radiohead is one of those bands that I've never taken the time to listen to even though people nut all over them all the time. Instead, I listen to the same 500 songs over and over. I fear change.

Stumbled upon this song a few years ago and dug it. Spotify claims it's their top song, so I'm not uncovering a hidden gem here by any stretch.

Had to check 12 times to make sure Zoogma was the name of the band and not the song. I feel like this would be excellent music for a Sonic game. I'm actually listening to it pretending I'm spinning all over the place gobbling up coins and it's making perfect sense. Is it just assumed that Mario would kick Sonic's ass in a fight? Who would you take in a three man tag team Tables, Ladders and Chairs match between Mario/Luigi/Wario and Sonic/Tails/Knuckles? Does Sonic ever get laid?

Of Monsters And Men - Dirty Paws

People are always talking about these guys and I never really gave 'em a chance. This song though... THIS SONG. IS QUITE HANDSOME.

To beat Iowa, we must

I hate Crean more than Izzo

But they both suck balls

"The vet said, dude, he said your cat's just pregnant. I said 'OK, so I won't go and kick her'" (There is no man on cat violence in this video. But, cats suck.)

Remember that scene in Knocked Up when Paul Rudd is talking about how much his kids love bubbles and how he wished he loved ANYTHING as much as they loved bubbles? Kristen Bell loves sloths more than every kid in the world combined loves bubbles. 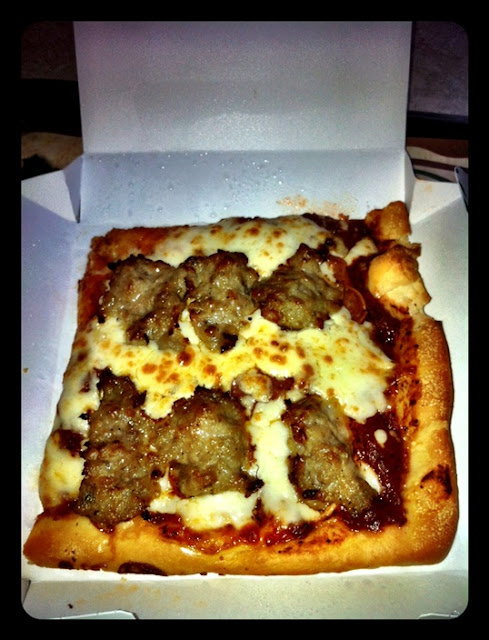 I've had pizza from just about every legendary place in Chicago, and NONE of them have better sausage than Rocky's. Some places brag about making it in-house, or that it's grass-fed... but at the end of the day, Rocky's sausage is still KING. I'm also a huge fan of the geometrically and aesthetically pleasing way in which they lay out their toppings. Mr. Rococo has zero intentions of short-changing you on some sausage, and to make sure that never happens he instituted a Subway-esque blueprint to sausaging up a pizza. I just used 'sausage' as a verb and it has made my day TREMENDOUSLY more delicious. 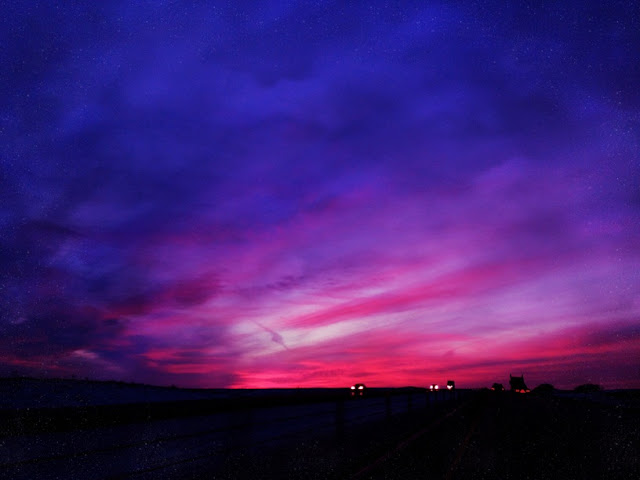 Sunset in Kansas. I have a new theory that the boring flatland states like Kansas and Nebraska (sub-theory: Kansas and Nebraska were one big boring, flat state until they had a mini, adorable civil war) are IDEAL for #skyporn. This theory is based off the idea that with few natural obstructions to the skyline, you can catch a badass sunset or sunrise just about anywhere. I also like to think that you're not allowed to build a building higher than 30 feet in those states so as to keep with the theme of being really flat.

I've started taking the Red Line instead of my usual Brown/Purple combo. This is the result: 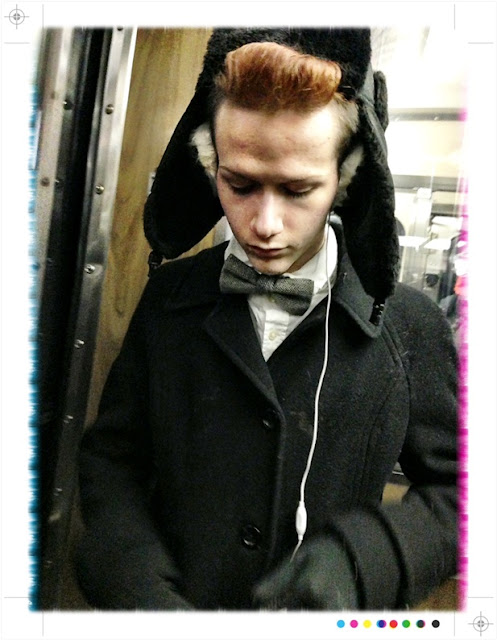 THAT IS EXCELLENT HIPSTER HAIR. Quadrant 4 is OOZING emotion that you can only understand if you resent your parents and the way they slave their lives away working for THE MAN. The bow tie is a not-so-subtle reminder that he/she (no idea) is different than you. CONFORMING IS FOR THE WEAK. 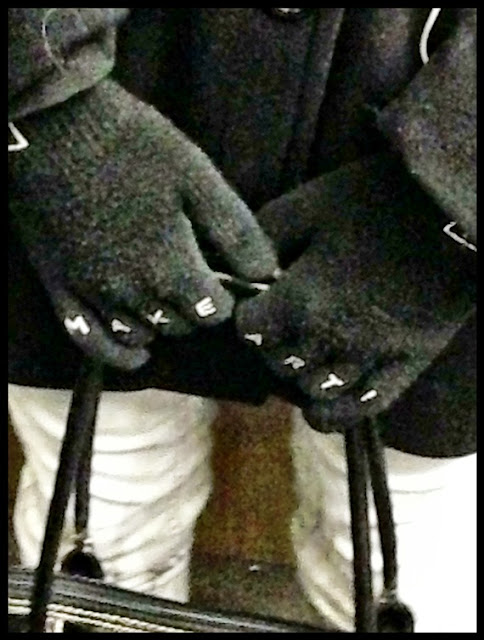 Load up a gun with puke and shoot me with it.

PPS - The Puke Gun might be my new #BillionDollarIdea. I'd fear getting pukeshot so much more than getting tazed.

The Iowa game is an absolute toss-up. They've lost a bunch of close games against the top teams in the conference. They have some intriguing young talent. We lost both games against them last year (ugh). It's on the road. We're coming off one of the most satisfying victories in UW basketball HISTORY. All signs point to a let-down, 'why do we keep losing to Iowa?' kinda game. F that. Bo is the KING of the one game at a time mentality. He allotted 24 hours for the team to celebrate the IU win, and then it was right back to work trying to be better than the previous day. Bullseye's on our back. We the top dog. Iowa's gonna come gunning for us. How do we respond? THE PICK:

That would have 5-0 Wisconsin hosting 4-1 MSU in a game I'd pay money to see in person. These teams battled hard last year, with MSU squeaking out a win in overtime in Madison after Evans' three pointer was disallowed. Bo won't play up the revenge factor, BUT I WILL. MSU and Izzo must pay with BLOOD for defeating us on our home floor a year ago. I'm digging the vibe of this UW team right now and I'm not ready to start picking against them. THE PICK:

ON WISCONSIN
Posted by Schwa at 5:25 PM