A short one this week, since it’s the time for eating and drinking and most definitely not blogging.

It’s also time for Minnesota to grow the fuck up. Did you see what happened after we beat them for the 10th consecutive time on Saturday?


Give me a freaking break. For as long as I can remember, the winning team always goes around the stadium on a victory lap with the axe. And during that victory lap, there are two stops made: GOALPOST CHOPPING STOPS. This is part of the tradition. This is what the players, and especially the seniors, look forward to after winning their big rivalry game. They’re gonna take that giant axe and DESTROY both goalposts. It doesn’t matter where the game was played or who won – the fact remains that those goalposts are getting lumberjacked.

But apparently Jerry Kill and his pathetic Minnesota team had other ideas. From what I’ve gathered, Kill’s defense of his team confronting the UW players is that they were interrupting Minnesota’s alma mater. Sure. Okay. Last I checked, the team held up at midfield to let the Gophers wallow in their musical misery. Are the victors supposed to wait around for an hour while the home team slowly gets out of the way? Absolutely ridiculous. Absolutely Minnesota.

PS – Don’t want us celebrating in your grillpiece on your home field? Try winning the game once every decade.

PPS – Did you hear the Badger say ‘We'll send you a Snapchat of it!’ to the Minnesota players? That is the most perfect burn I can think of in that situation. I’d KILL to find out if that actually happened. I like to think that it did: 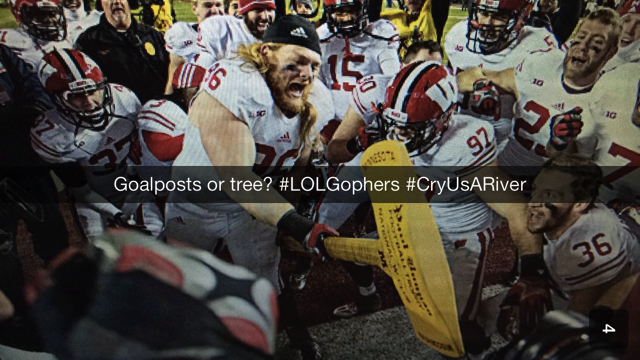 LAST CALL FOR MOVEMBER DONATIONS: Here’s the link to my page. Mustache goes into hibernation for the next year very shortly. Do you want to sit idly by as prostate cancer terrorizes the male population? 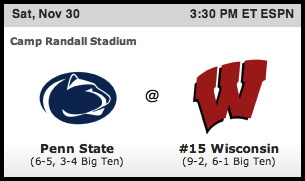 1) Skip class the first nice Friday of the year, go to the Terrace, get a couple pitchers of Spotted Cow, and love your life 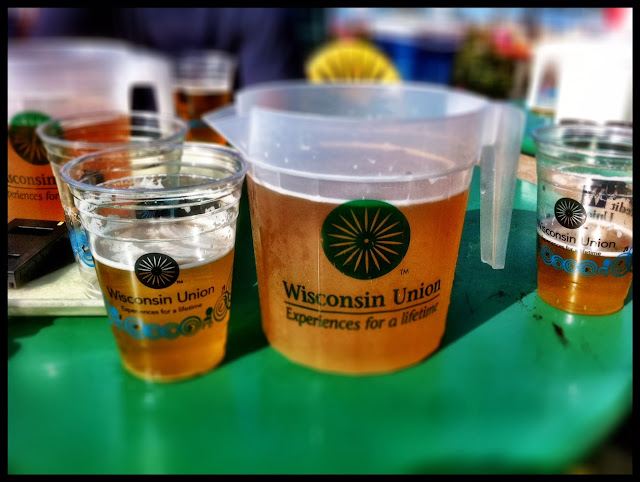 Probably not shocking the world with this, but I think most people will agree that if there’s one thing you can do in Madison that epitomizes what being a Badger is all about, this is it. This is taking advantage of not having any real responsibilities. This is rounding up your friends and knowing that none of them can say ‘no’ because it hasn’t been 65 degrees since October. This is playing drinking games until the sun goes down, and not worrying about the temperature dropping because you’re drunk and still riding that Terrace high. This is Madison.

PS – Did they end the ‘bring a pitcher back for a dollar’ program? I always enjoyed watching the ghouls circle over fallen pitchers like vultures.

PPS – If you don’t have at least 4 Terrace pitchers in your kitchen at any given time, I question if you actually went to Madison.

1) Skip class the first nice Friday of the year, go to the Terrace, get a couple pitchers of Spotted Cow, and love your life
2) Go to a football pregame party on Langdon, stop for a multi-story beer bong on Dayton, and sit in Section O for a night game at Camp Randall
3) The Ultimate Bar Special Week
4) Road trip with your friends to an away football game
5) Live on Langdon Street
6) Go to a Mallards game in the Duck Blind
7) Go drunk skinny dipping in Lake Mendota
8) Go to Ian's Pizza on Frances St. at bar time and devour two slices of Mac and Cheese pizza
9) Hook up in the Memorial Library cages
10) Steal a Terrace chair from the Memorial Union

We’re talking tasteless, dry turkey. No mashed potatoes. Canned vegetables. Gravy that could easily be confused with Third World country water. But hey, it wasn’t all bad. There was always plenty of Haagen-Dazs ice cream – the little individual serving sizes with the wooden ‘spoons’. I LOVE THOSE. Well, I did love them. Because a few years ago I went up for dessert and encountered nothing but this: 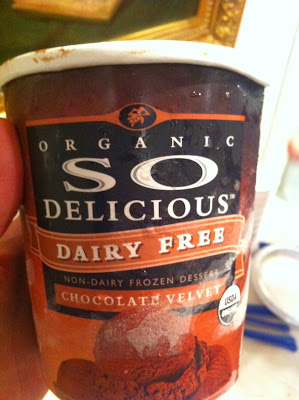 THIS IS NO LONGER AMERICA. Have I mentioned that this get-together was a booze-free affair? Since no one in my family ever left satisfied, we made it a yearly Rifkin Tradition to hit up White Castle on the way home. The people working there eventually started remembering us year after year. When I told you we didn’t really do a traditional Thanksgiving, I meant it.

Add it all up and that’s why last year, my family stayed home. We made skirt steaks and baked potatoes and bacon-fried Brussels sprouts and had enough Spotted Cow to keep us drunk and happy for DAYS. Now that I’ve tasted all that Thanksgiving can be, there’s no turning back.

I think what I’m getting at is that gluttony is going to KILLCRUSH shame this year. Pounds and pounds of food. A thousand beers. The greatest nap of all-time. Can’t wait.

PS – I dread the day I have to go to a formal Thanksgiving. Everyone, regardless of who they are and where they are, should be able to wear shorts or sweatpants on Thanksgiving. Comfort Rules Everything Around Me.

Thank YOU guys for reading all the nonsense I throw out there every week.

And a promise from me to

you: we will not lose

"This is how you chop a wood". Indeed it is. 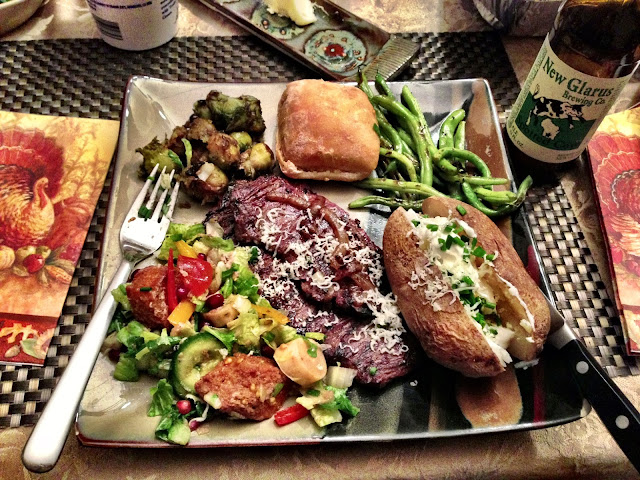 'Yeah, throw some cheese on top of everything, too.' Sometimes it's great being a Sconnie. Now that is one incredible sunset.

Have a fantastic Thanksgiving, everyone. Eat up. THE PICK:

ON WISCONSIN
Posted by Schwa at 3:37 PM