WHY WINNING IS THE BEST: 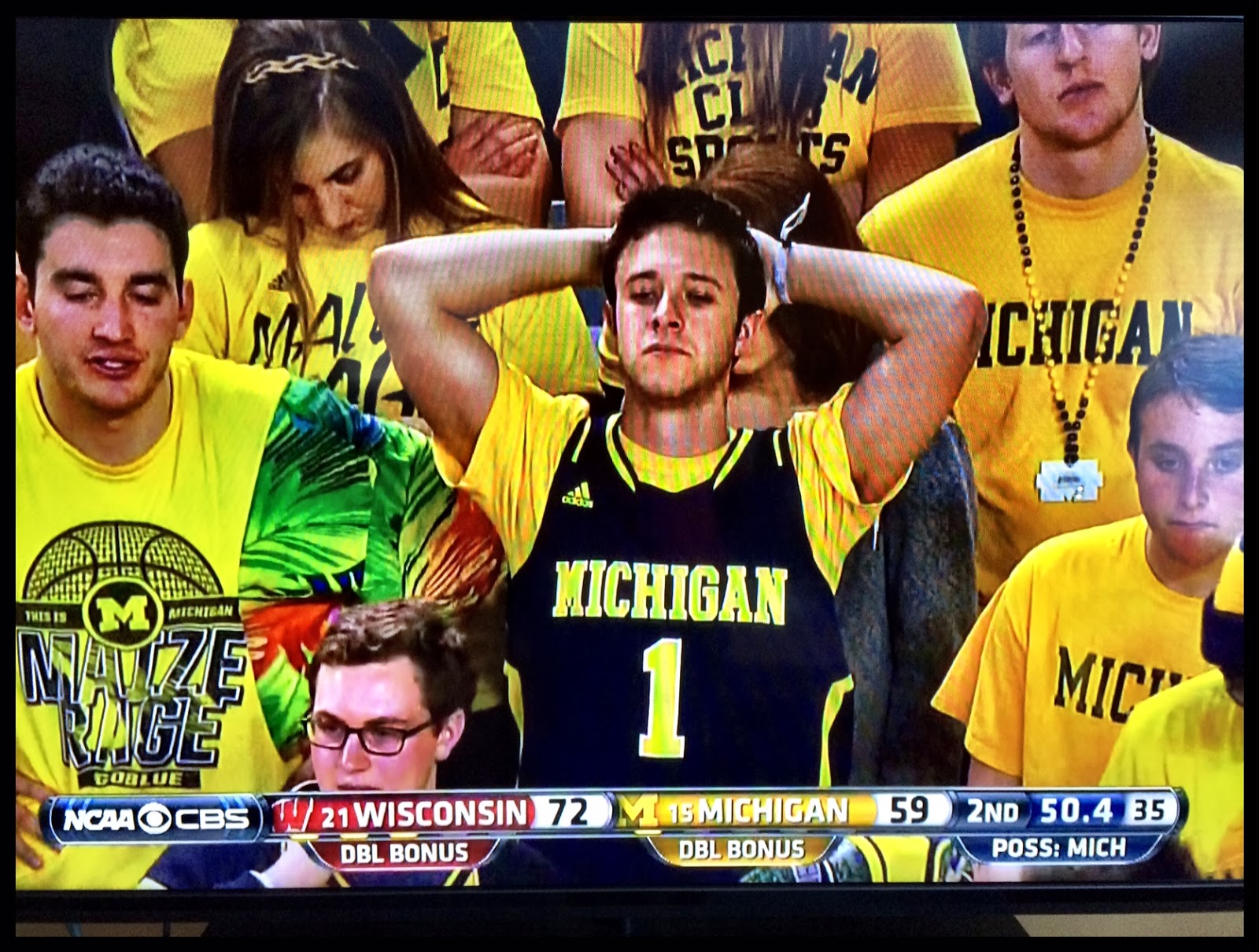 Bob gets a raise for this one. 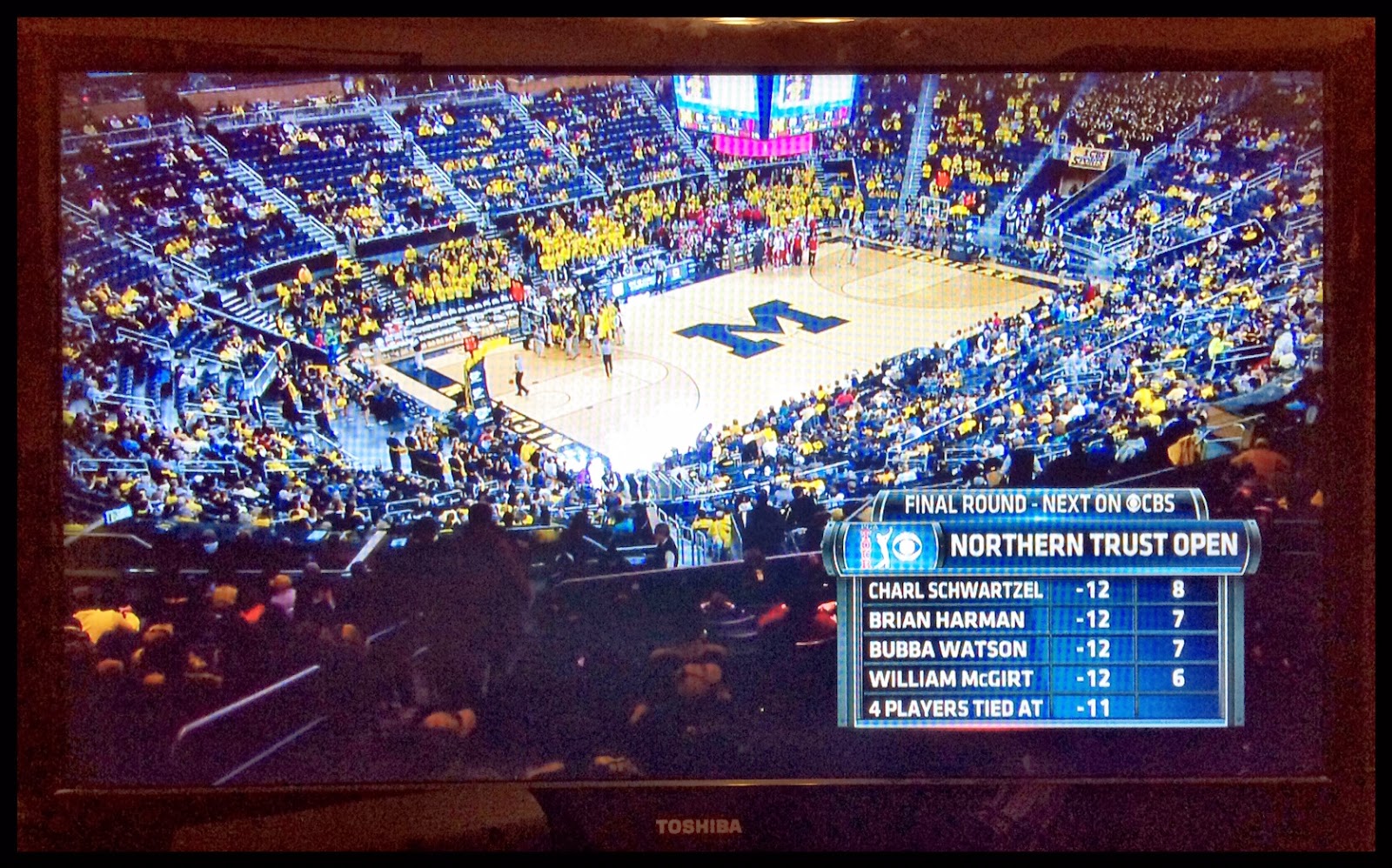 Will this team win out? Probably not. Winning Saturday will be very difficult, and you wouldn't be a fool to think that we'll drop one of the last four (IU/@PSU/Purdue/@Nebraska). But after that dreary stretch in January, we're still looking good and still poised for a good seed in the NCAA tournament.

I still maintain that this team will make some noise in March. Too many shooters, impact freshmen, a lockdown defender, a big man that can stretch the floor and score on the block... it's all there. Brust is getting his one cold streak out of the way, the team went through their bad stretch of defense, and they're going to be rounding nicely into form right when it matters most. Vámonos. 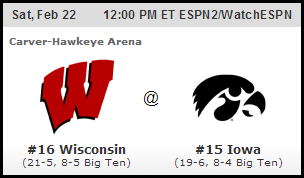 That would have ripped through the person sitting in that seat like a hot blade through a stick of butter. If that's your season ticket seat, do you ever go to another game again? Or do you assume that lightning can't strike the same place twice, and by lightning I mean a giant piece of steel torpedoing at your brainpiece?

And if they called an offensive foul on that play, I would have dropkicked my TV into a swimming pool.

This is my worst idea yet.

PS - We can't be friends if your brain didn't immediately take you from point A to point B: 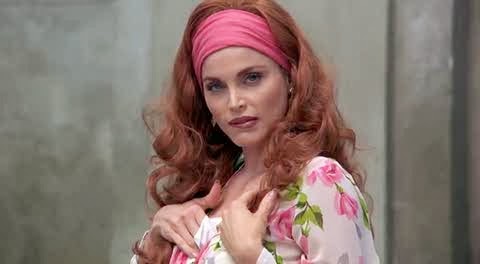 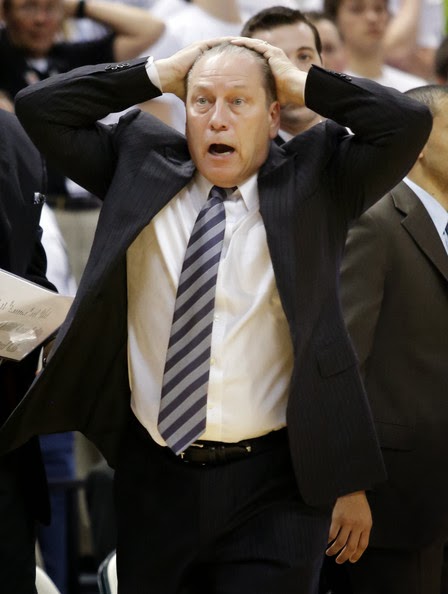 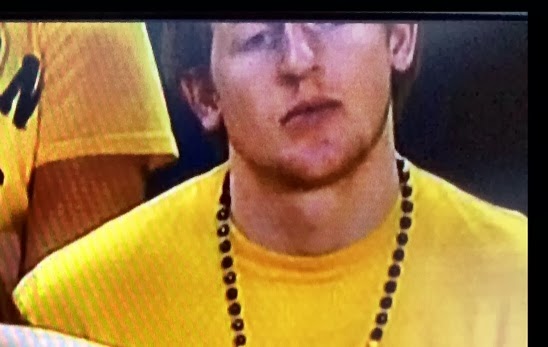 You can't buy sadness that real.


9) Northwestern, 12-15 (5-9). I randomly came across the Wikipedia page for the oldest woman that's ever lived, and let me tell you: she was the ultimate badass. Jeanne Calment was 122 motherfucking years old when she died, and this is how she lived forever:

10) Minnesota, 17-10 (6-8). Fighting for your NCAA tournament bid and Illinois is coming to town? JUST WHAT THE DOCTOR ORDERED 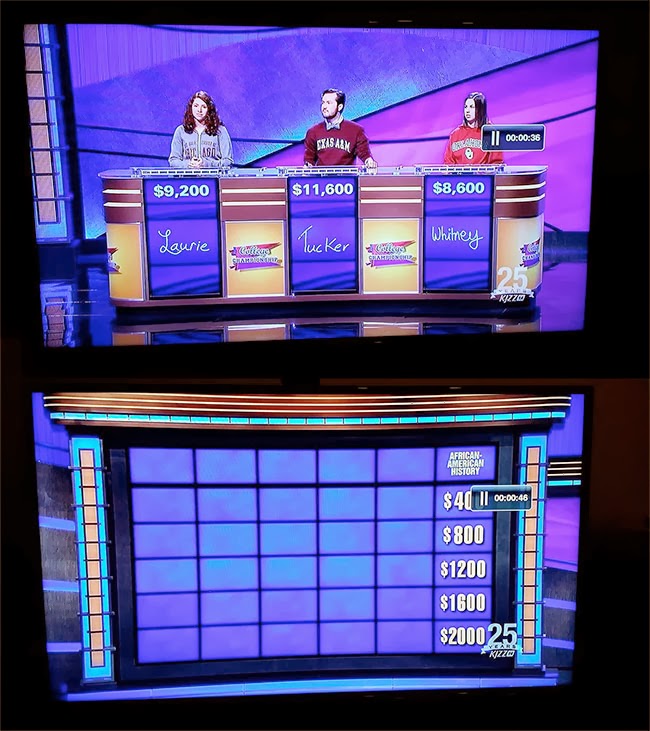 
A young woman and her companion were so high after snorting heroin they passed out while waiting for a train to pass Tuesday afternoon in west suburban Riverside, police said.

Police immediately opened the vehicle and attempted to wake the occupants and called for paramedics.  As the officer was attempting to revive the driver, 21-year-old Ivana Tasevska of Indian Head Park, he noticed she had a white powdery substance on her lap. Once she became responsive to the officer’s shaking she immediately tried to wipe the white substance off of her lap and clothing, police said.

Tasevska also said she had, within the last 24 hours, taken methadone, Xanax, crack cocaine and heroin and had just rented a room for the two of them at a motel in Lyons on the 3900 block of Harlem Avenue one hour prior to being pulled over, police said.

Riverside Police Department also seized the Kia utility vehicle and no drug charges were places against the couple because they had injected the heroin before officers arrived, police said.

Really kind of a bummer that their plan of doing a bunch of herron and boning in a dirty motel room was thwarted by a train. Plus, I'm still trying to wrap my brain around this: 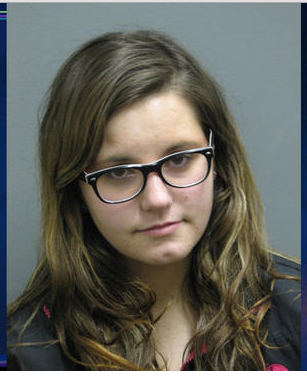 Is that the most normal looking heroin junkie in the world? I've seen The Wire and American Gangster enough times to know that normal people don't do heroin. Unless they're celebrities. Gotta be the most innocent looking heroin addict of all-time.


Shout out to Ainsman for reppin Pitt and getting me on the Wiz train way back in the day. This is 1 of Wiz's best early tracks. And who doesn't love a buss down?!? (@DannyGoldin)


I want to manage Aan. No one knows about them and they could be gigantic. This is a slow song of theirs off of the newly released Amor Ad Nauseum which is amazing. I urge you to buy it on their bandcamp for only $7. (JQW)


Apparently there's not guitar in their songs. Just drums and a bass distorted to all hell. I don't believe that. I hear guitar in this song, and I have no idea how any band expects to survive with just drums and bass unless they plan on turning into a rap group of some kind. But this is a nifty little song, so they get a pass. FOR NOW

What is this? Football?

to murder the fans

Listen. If you think it's messed up that this guy took 6 minutes of video of kids falling on ice while picking his kid up from school, then you just aren't fun. This isn't Kramer videotaping the fat guy getting carjacked. This is an enterprising dad filming a bunch of kids falling over and laughing. Except for the one kid who was carrying all his books. Or her books. That one sucked. The dad should buy that kid a backpack or something.

Outside of that, this was fucking hilarious and I was crying while watching it. Is he kind of a dick? Sure. Welcome to Funny YouTube Videos 101.


Everyone's seen Chris Farley's 'Van down by the river' sketch on Saturday Night Live. But Second City just released this clip of him performing the character 3.5 years before the SNL version. Loved everything about this. It's so cool the see the little ways he turned this from really fucking funny to absolutely hilarious: everything slowed down, lines were tweaked, and the coffee table smash was added just to name a few. Man do I love that little belt adjusting move he does every 10 seconds. Slays me.

It also blows my mind that people went to a comedy show at Second City and saw something like this. That's like buying Red Hot Chili Peppers tickets and ending up at this show: 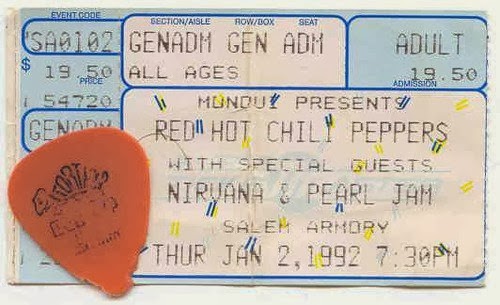 It's an armadillo dancing to Billie Jean. You do not need additional information.


SOCIAL EXPERIMENT: Put a little Norwegian kid at a bus stop with no coat. See how strangers respond. And of course, this confirms everything I've always thought about Scandinavian countries: They're the nicest people living in beautiful land with gorgeous women and they carry skis EVERYWHERE. I would move to Norway/Denmark/Sweden in a heartbeat. Fuck Finland though. I don't know why. I don't find the Finnish people as agreeable as the rest of the Scandinavians.*

PPS - When I read that last question and understood 'hjelp', all I could think of was this: 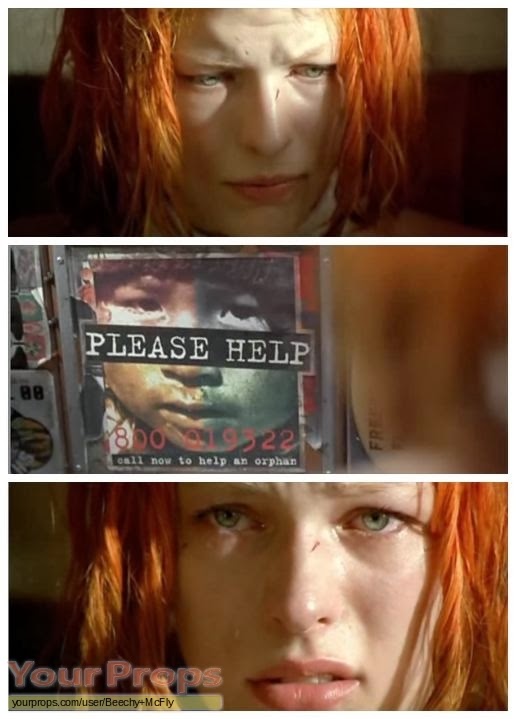 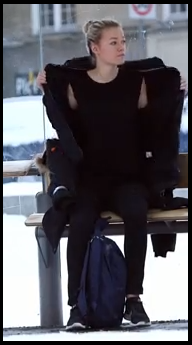 *Apparently they're developing some kind of reflective spray to use on reindeer in Finland so people stop murdering them with their cars. In case you needed another reason to avoid Finland, WHITE WALKER REINDEER: 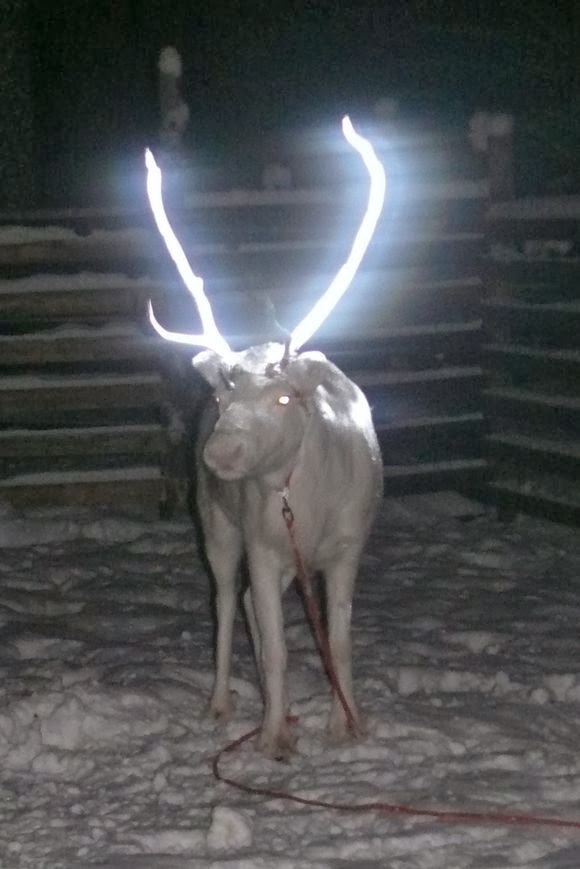 This will be effective because people will see these zombie reindeer and shit themselves and drive into a tree instead of killing the reindeer. SMART 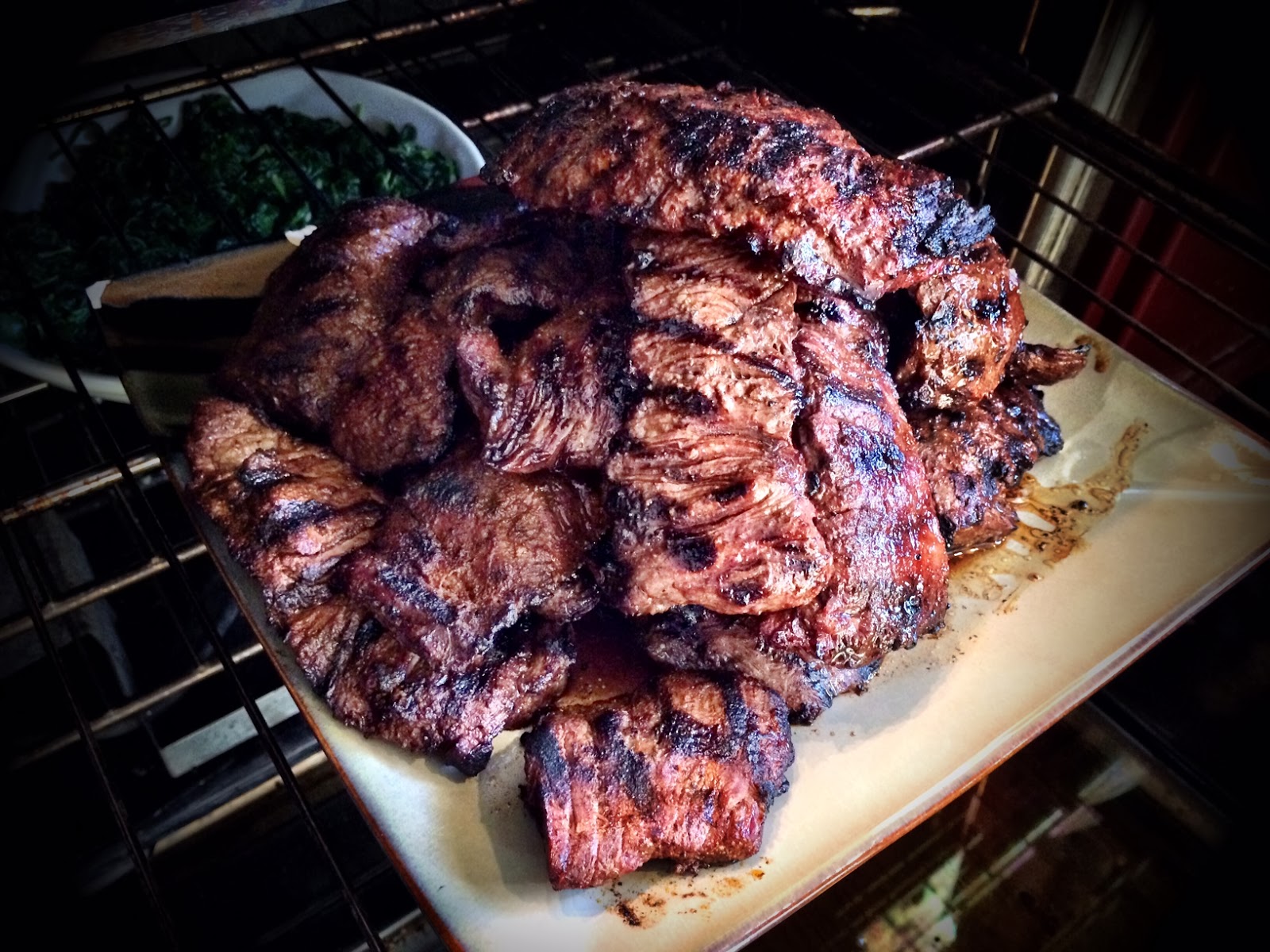 THIS IS A MOUNTAIN OF SKIRT STEAK. I LOVEEEEEE me some skirt steak. No worries about eating around fat. No pesky bones. Just good flavor. BONUS: I made some WICKED steak quesadillas with the leftover steak. Shit was restaurant quality, and I am not a restaurant quality chef.

PS - In the background you can kinda see the spinach we had with the steak. HEALTHY MEAL 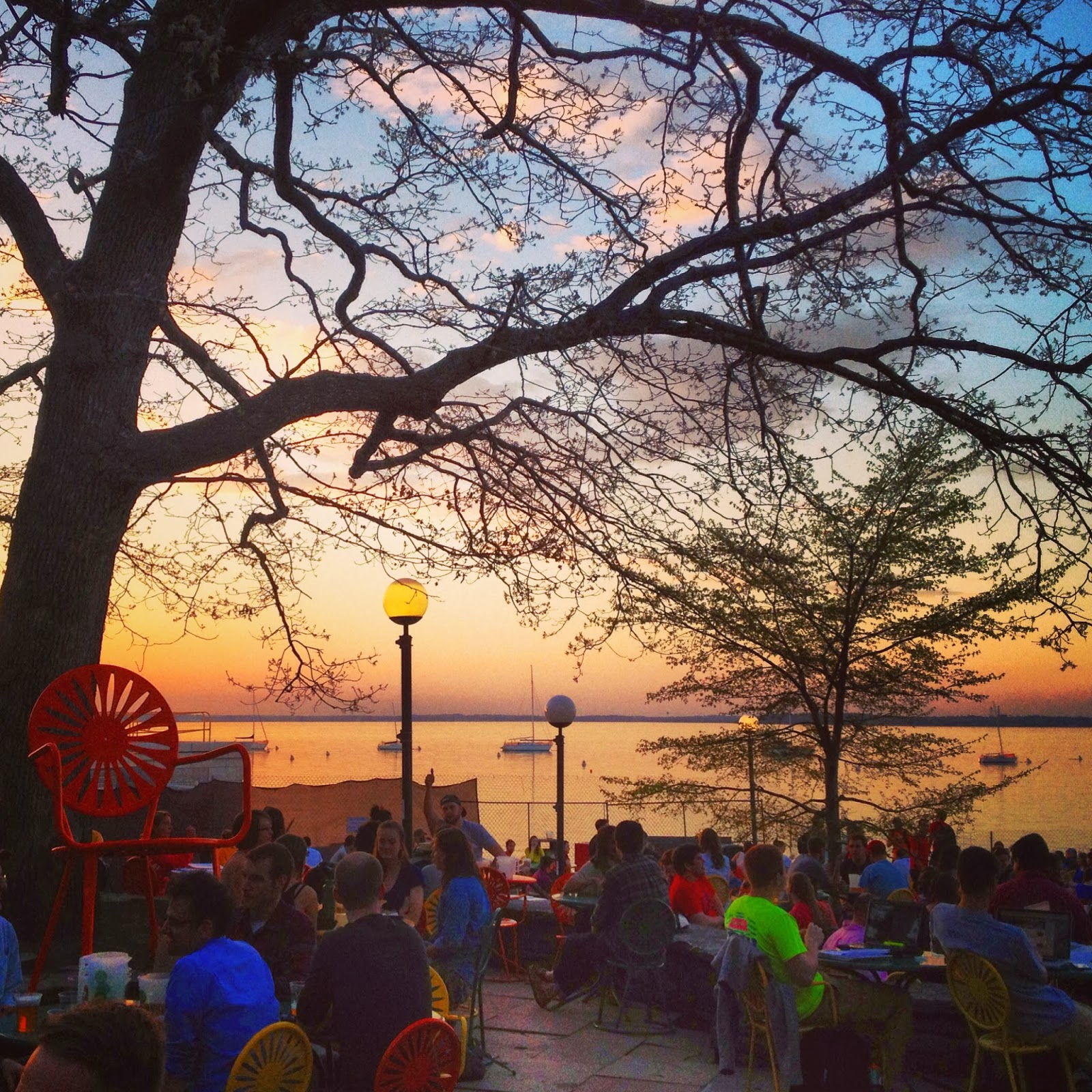 Sunset at the Terrace, which is probably about as good as this life will ever get. You know, we're not that far away from these days. Daylight Savings is 2 weeks from this weekend, and then boom, we're basically in spring. And then it's Game of Thrones time and literally life is perfect again. Can't wait.


OLD PEOPLE ARE ADORABLY BAD AT THIS INTERNET THING 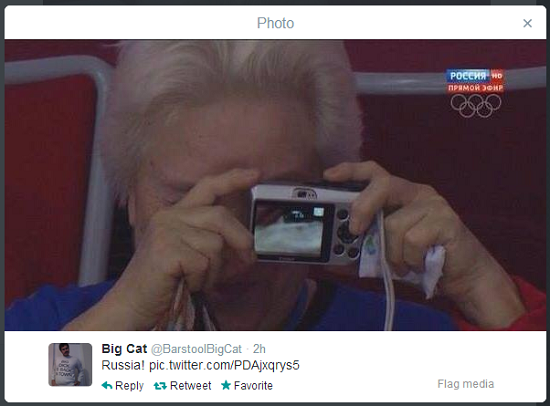 This is possibly my new favorite picture on the internet. It is perfect and I want to frame it and hang it up in my room and look at it whenever I'm feeling a little sad. The other night I was emptying the dishwasher, and I had to put a giant wine glass up on the top shelf because apparently that's where the giant wine glasses go in my apartment. Well, I tried putting it on the shelf, but I shorted it and it started to fall. QUICK HANDS though and I caught it. Crisis averted! Except I caught it too hard and literally shattered it in my hands. I was worried I had a few of those deep glass cuts that bleed for DAYS, but then I pulled up this picture on my phone and the bleeding stopped immediately. Russian Backwards Camera Lady can solve all your problems if you just let her into your heart.

I said before the Michigan game that I liked our chances of winning in Ann Arbor a lot more than winning in Iowa City. I still feel that way. Iowa is long, deep, and talented (that was surprisingly sexual). And if McCaffrey didn't flip his shit in Madison, they probably would've held on to win that game. You should anticipate a packed house when UW takes the floor on Saturday. I'm just happy the game is at 11 AM. Show up late, students! Stay home to drink longer! Yeah! THE PICK:

Here's a promise from me to you: Bo Ryan will not lose a home game to Tom Crean. That's not happening. It was their fucking Super Bowl when UW arrived in Bloomington back in January, and they played just well enough to beat us. That was the beginning of our skid, and that skid is long gone. Since that game, they've lost one player to a DUI suspension and their stadium is trying to kill people. I like our chances. THE PICK:

ON WISCONSIN
Posted by Schwa at 5:24 PM