I'm a big fan of callbacks. I love when some seemingly unimportant detail from the past is suddenly relevant and takes on a whole new meaning. Perhaps I'm being vague. Let's use an example: 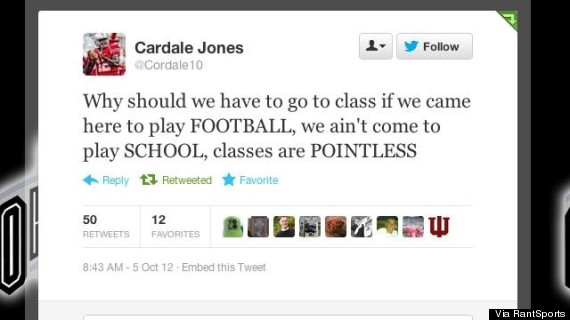 That's a tweet from 2 years ago from some guy named Cardale Jones. At the time, he was just a no name idiot on the OSU football team tweeting out something funny that sports blogs used to fill the page during the day. Now? Now he's starting at quarterback for Ohio State in the B1G Championship Game.

That just kind of sums up this game, though. I have no inside information, but I firmly believe athletes at Wisconsin actually have to take care of the student part of student-athlete. I know several recruits they really wanted had to go elsewhere because they couldn't even get accepted at Wisconsin. I'm going to assume it's not the same kind of operation at Ohio State. Feels like we're going up against a football factory.

And that's what will make it all the sweeter when we emerge from Indy with ANOTHER B1G title. 4 in 5 years would be downright stupid. Wisconsin fans are for sure going to be outnumbered in Indy - OSU is still alive for the playoff - but that won't be the first time that's happened. And we've done alright in Indy in recent years.

Now let's go beat the shit out of the Buckeyes and grab some hardware.


CHICAGO BADGERS: THREAT LEVEL MIDNIGHT NIGHT GAME ALERT. I LOVE NIGHT GAMES! And this one is great because we get to watch the UW hoops team STOMP Marquette during the day, rest up, and THEN we all gather at Will's to rage for another B1G Championship. CAN'T WAIT. See ya there. 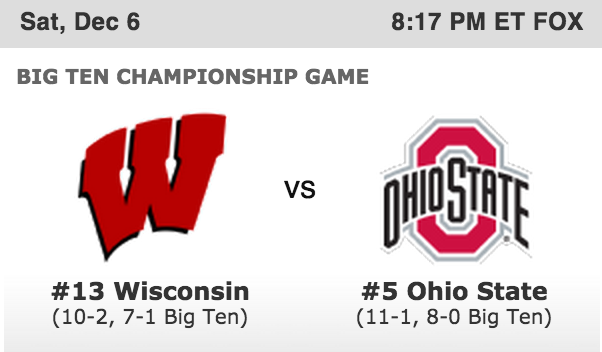 TV: FOX
WEATHER: WE GON' BE INSIDE, HIDE YA KIDS 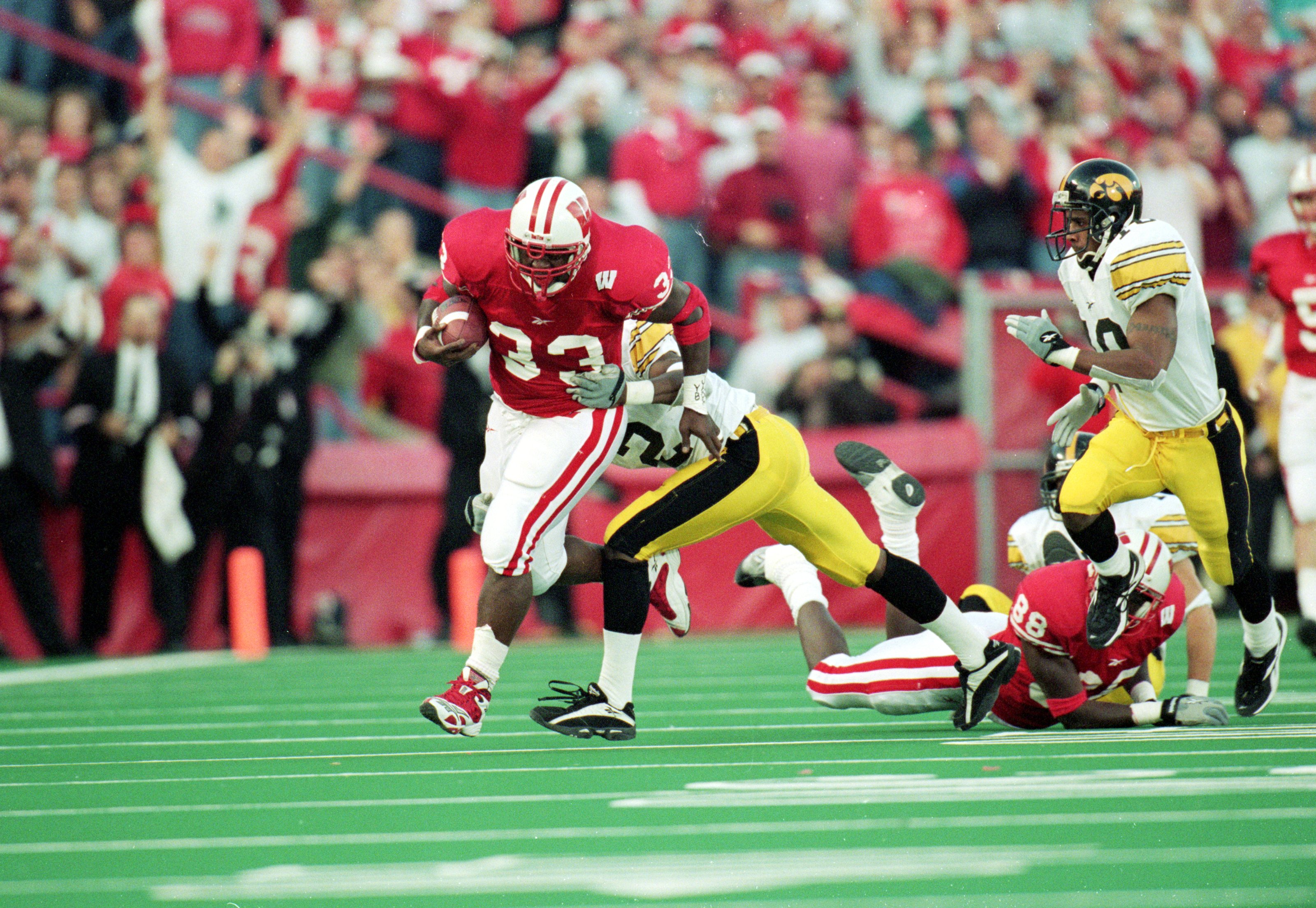 RONNNNN DAYYYNNNNEEEEE. Sure, it might SEEM preposterous to put Dayne over a guy who won TWO Nobel Prizes, Frank Lloyd Wright, and the Daddy-O of SpaghettiOs himself... but Dayne changed the entire landscape of UW athletics. And let's be honest, sports are really cool! And all I really care about. I don't drink all Saturday while watching footage of Nobel Prize presentations. I would never travel to the state of Michigan for ANY reason other than a football or basketball game. But because Ron Dayne came to Wisconsin and ran over and through every fool that tried to tackle him, Wisconsin is a national brand that pulls in millions of dollars and makes people want to Jump Around every single year.

I suppose Barry Alvarez gets the real credit for turning around UW athletics, but Dayne led the charge. It was him setting the NCAA career rushing record en route to leading Wisconsin to back-to-back conference titles (first time in over a century) and Rose Bowl victories. Dayne was the Heisman winner, the workhorse, coattails the rest of the team rode to glory. Yeah, maybe his NFL career didn't really pan out, but what did he do after his playing days were done? Came back to Madison to be some sort of official ambassador. It's clear he relishes his opportunity to be the longstanding face of UW athletics, and I love every inch of that.

It's scary to think what would've happened if Barry didn't come to Wisconsin and eventually get Dayne to join him. I'm aware that Barry won a Rose Bowl before he had Dayne, but Wisconsin's rise to the upper echelon of the conference was really cemented after Dayne left his mark.

PS - This is my list and if you want to hate on Ron Dayne go ahead but you're out of your damn mind. He IS Wisconsin.

PPS - One astute reader pointed out that every single alum on my list is male. Am I an ACCIDENTAL SEXIST? I hope not! Top 10 Female Alums coming in hot in the post-B1G Championship Mailbag.

PS - Every once in a while I get back on the Antoine Dodson bandwagon. That video was fucking incredible. The song was somehow better. Can't get enough of the piano solo at the end of it.

2) Wisconsin, 10-2 (7-1). What can I say about that win against Minnesota that can't be better summed up with this GIF of an armadillo playing with a toy:

I've ALWAYS loved armadillos. They're undeniably cute. They roll up into little balls like hedgehogs, but are all smooth and rolly. I don't know if I want a pet armadillo, but I would for SURE babysit a friend's pet armadillo for a couple days. I would dress it up like a dinosaur and reenact scenes from Jurassic Park. I wonder if they're fun to cuddle with!

4) Michigan State, 10-2 (7-1). That Bed Intruder Song has 120+ MILLION views on YouTube. You know what I learned today? Don't look this up: I want you to guess what the most viewed video on YouTube is AND how many views it has. Think for a minute.

You give up yet?


Gangnam Style. It has 2 BILLION views. BILLION! That's not even hyperbole! LITRALLY BILLIONS OF VIEWS. If Melvin Gordon played agains Nebraska every game, it would take him like SEVEN games to get to 2 billion yards. Gangnam Style got so many views that it physically broke YouTube's view counter. They had to modify their code to account for the staggering number of views that video got. That's big time. 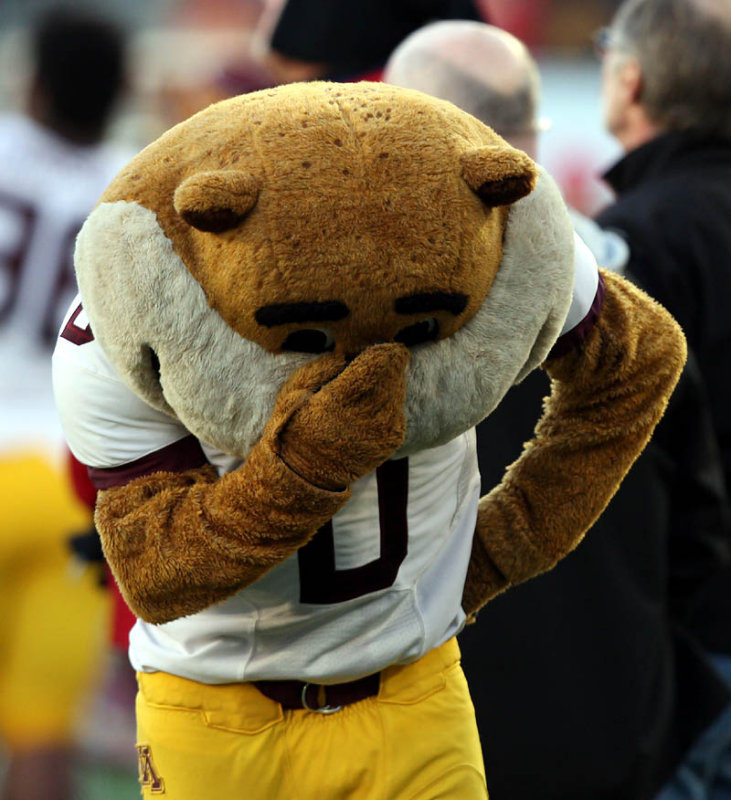 6) Maryland, 7-5 (4-4). A quick note about the hoops team losing to Duke: over it. Was over it immediately. Duke would beat any team in the world shooting 65%. They would beat the Sixers shooting 65%. It's downright remarkable that we kept that game close while they were draining everything and we were missing layups left and right. Trae showed what he's capable of. Frank looked like the All-American he is. They're gonna be fine. We are going to CURB STOMP Marquette on Saturday. I will be surprised and disappointed if we win by less than 20. Book it. 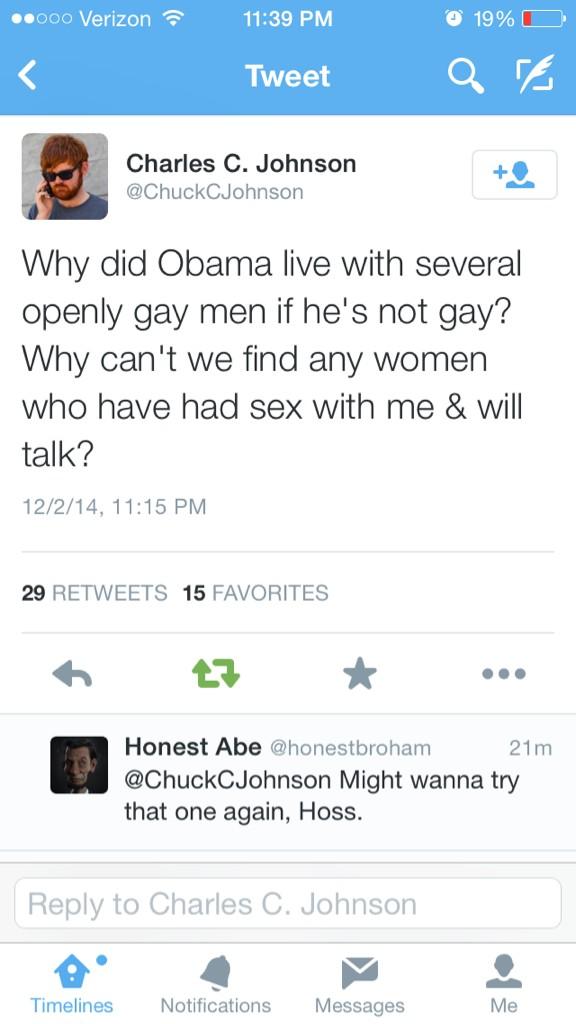 Oof. That's a rough typo for a homophobic moron.


9) Northwestern, 5-7 (3-5). Weekly reminder that we lost to this team. And we'd maybe kinda sorta be playing OSU for a spot in the playoff if we simply took care of business in Evanston. I'm gonna go swim some laps in my own tears, brb. 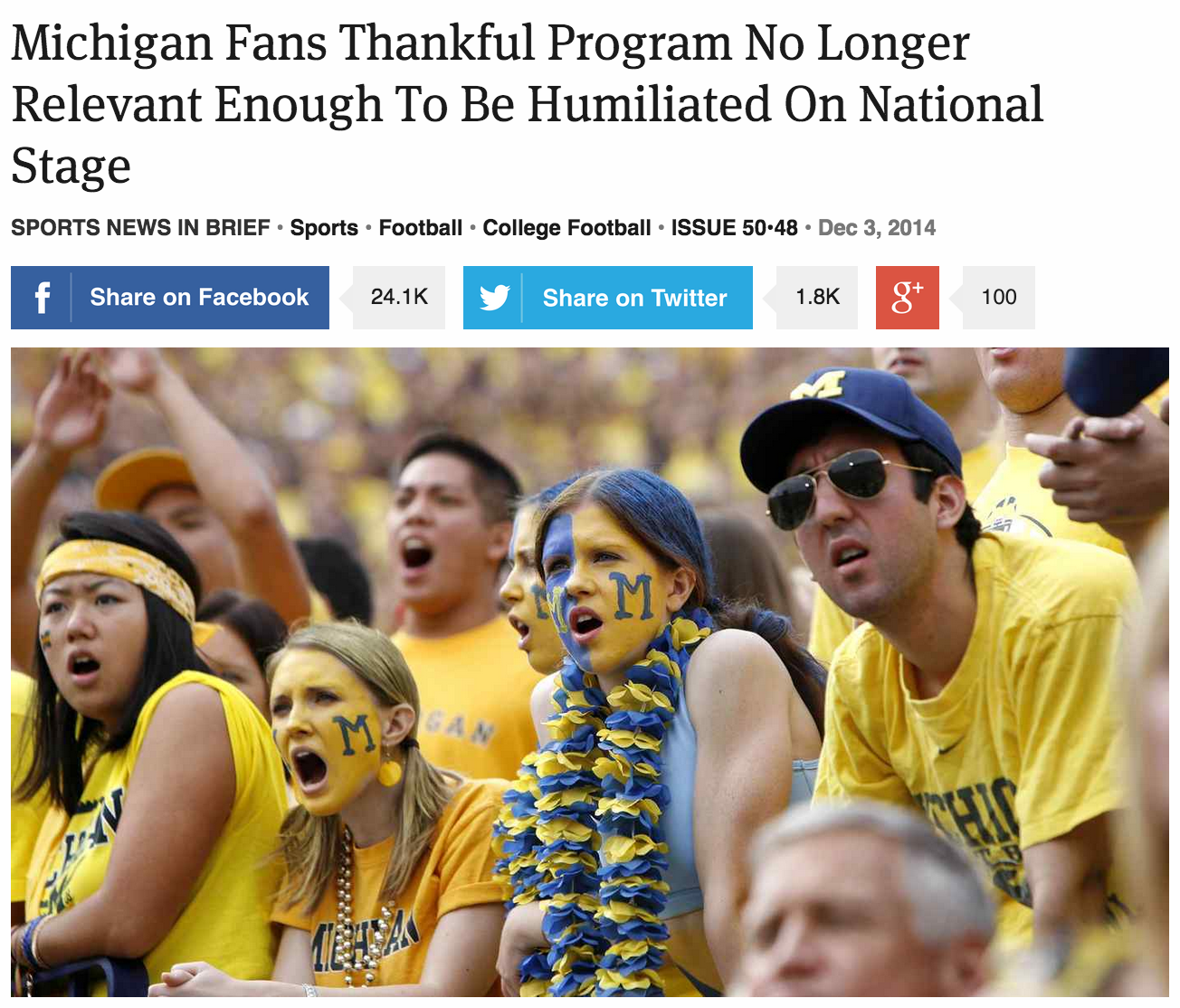 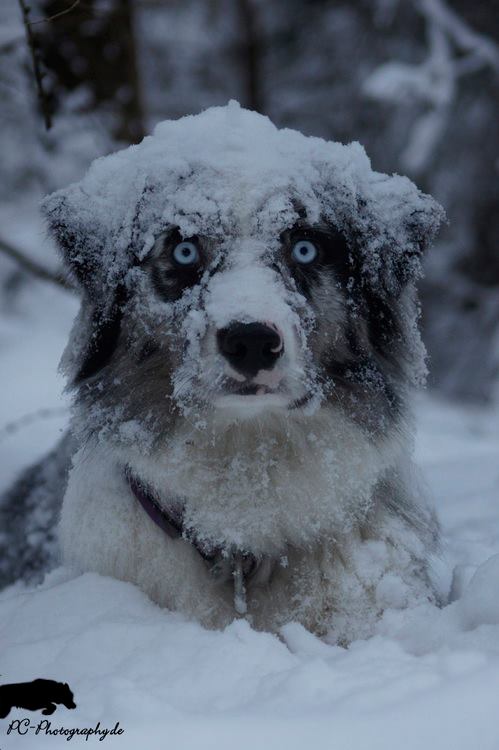 Stared into its eyes for 10 minutes; no longer sure.

13) Illinois, 6-6 (3-5). Apparently one B1G team that's bowl-eligible could get screwed and end up on the outside looking in. My money's on ILLINOIS. They've got bowl shafting written ALL OVER them. 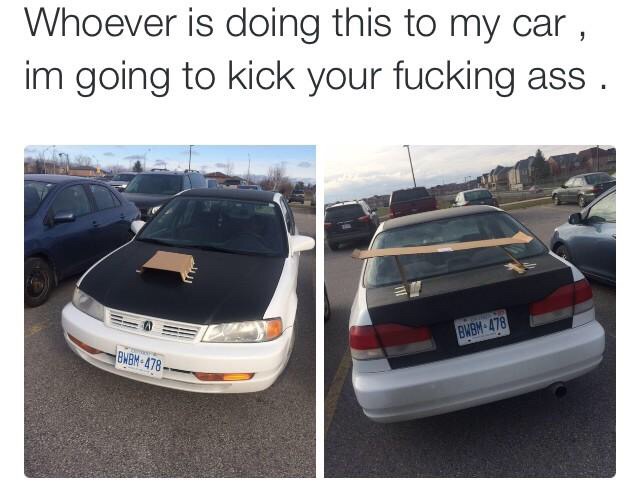 Cardboard's lighter than carbon fiber, adds extra HP. That's a badass spoiler. I'd be THRILLED if someone was decking out my ride for me.

I need to take life easier. This song could help. (JQW)


With Kobe getting ready to pass MJ on the all-time scoring list, I figured it'd be timely to share Weezy's tribute to the mamba. (@DannyGoldin)


Walk The Moon dropped their new album and... eh. I wish I loved every song on it. But I don't. However, this is one of the tracks that's really grown on me. I guess the album's so new that most of the songs aren't even on YouTube yet, so here's a live performance of it. They're fun.

Somehow, Dave Aranda was not a finalist for the Assistant Coach of the Year award in college football. YAY! He is OURS. And now he gets to unleash the Chevy Boys on a third string quarterback, thrust into the starting role with OSU's entire season on the line. I LIKE THIS MATCHUP.

I'm looking for each linebacker to record 8 sacks, each defensive back to snag 3 interceptions, and Aranda to dump an entire thing of Gatorade on himself because he's just the ultimate badass like that.

The Soup Nazi called. He said:

No playoff for you


This is what happens when you use GPS on a plane. Planes go fast. That was my takeaway from watching this.

I wonder if he was serious or just messing around with the news crew. Could just be some great trolling.

My high school recently disbanded its football team because not enough kids would play. This is like the complete opposite. I'd follow these kids into battle.


I love the complete and utter exhaustion at the end of this video. I'm not doubting them - they went all out that entire time. Looks brutal. And now I wanna go play some squash. 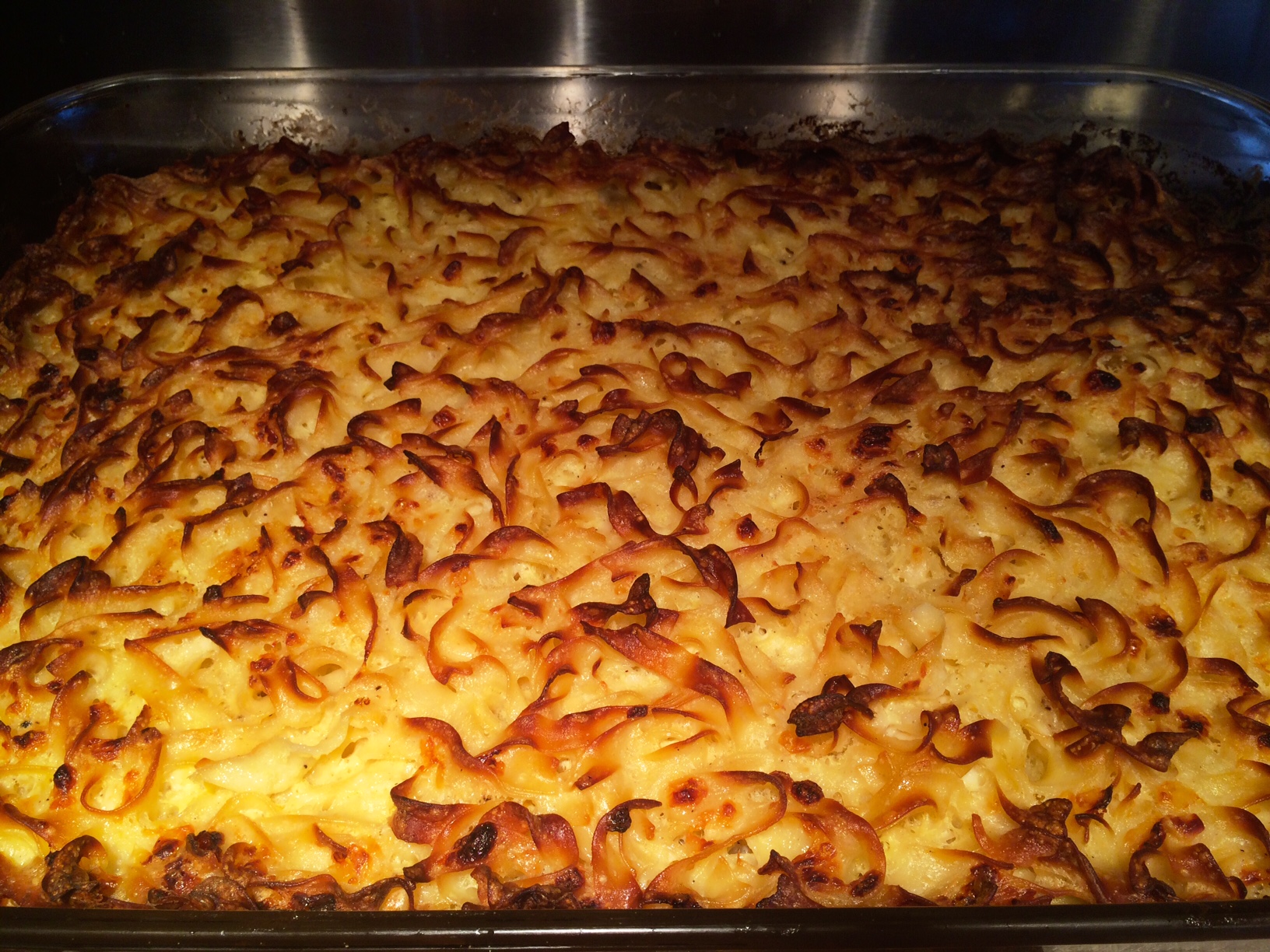 NOODLE KUGEL. YES. JEWISH MAC AND CHEESE. My family spiced it up a bit at Thanksgiving this year. We swapped out some more conventional sides (FUCK YOU SWEET CRANBERRY STUFF) and opted for some tastier options. Like this awesome kugel that my little brother cooked up. 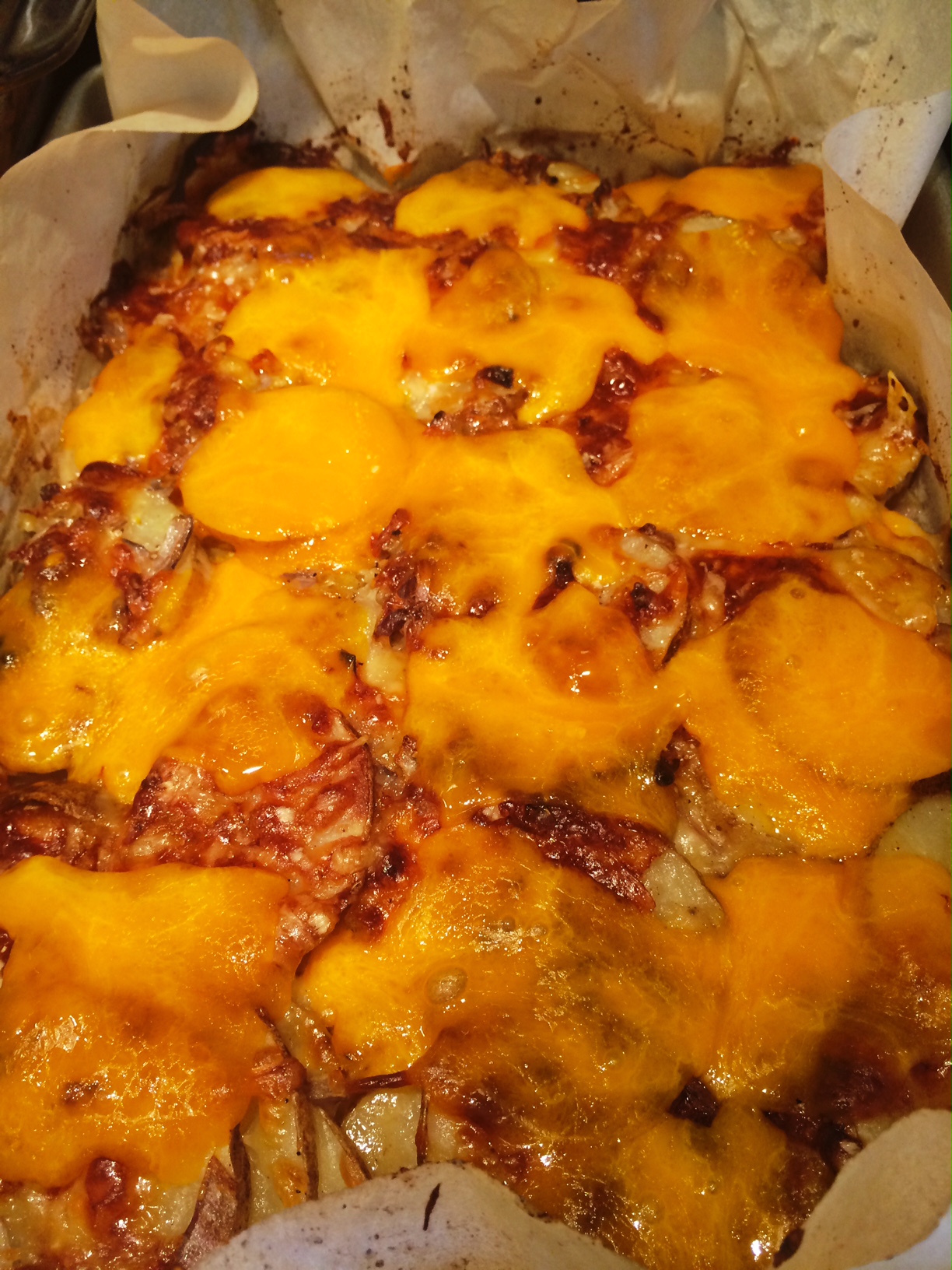 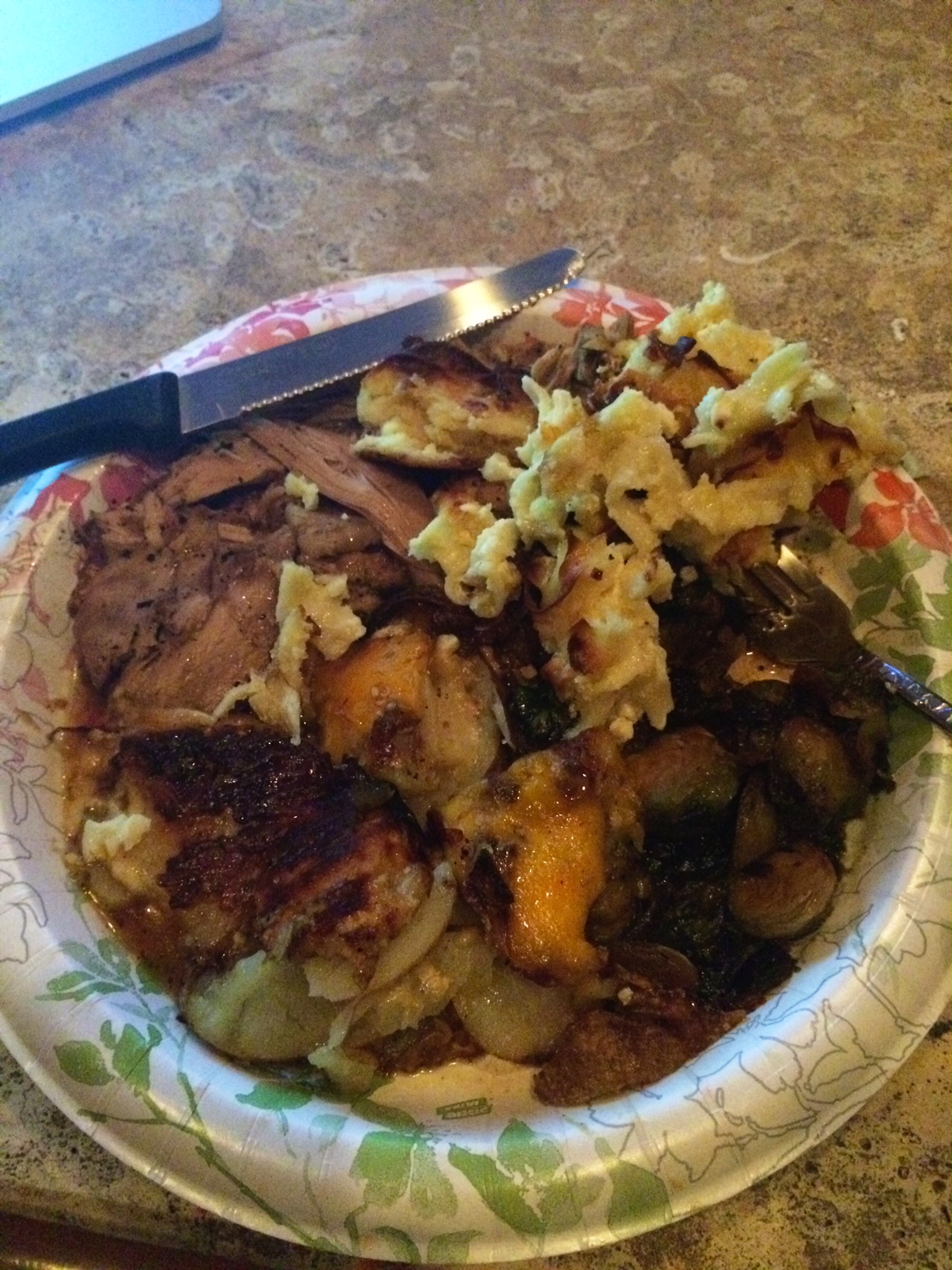 I accidentally deleted half the #foodporn pics I took on Thanksgiving because I am a moron, but here's what Second Dinner looked like later that night. Am I crazy to think that Second Dinner was actually better than normal Thanksgiving dinner? What is it about this food that makes heating it up taste so damn good? Look! There's like 7 Brussels sprouts in there! Vegetables make this meal HEALTHY! 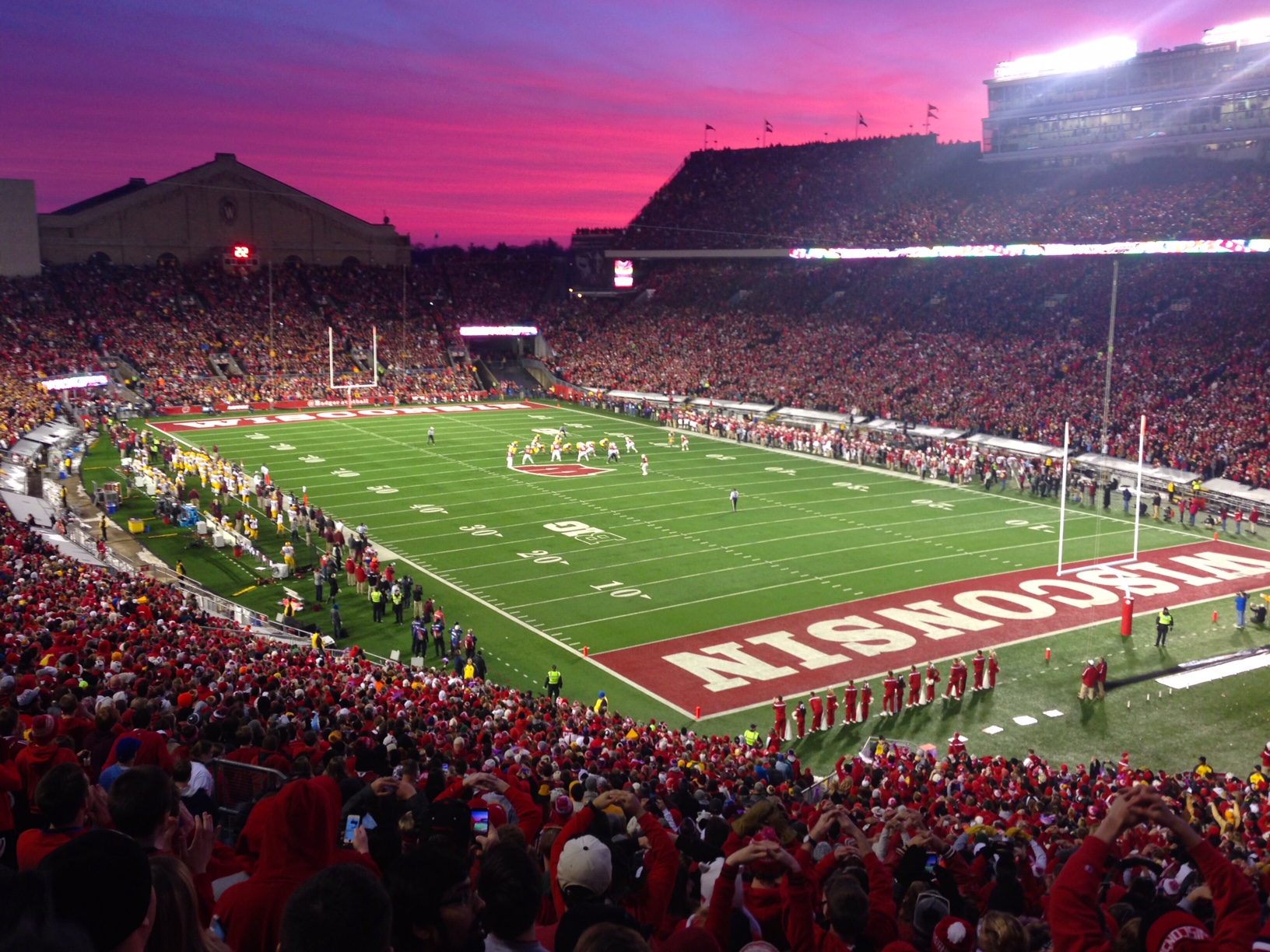 Oooo, CAMP RANDALL #SKYPORN. That's one fine variety of #skyporn right there. Sneaky part about sitting in the student section is that they really have the best #skyporn viewing angles. And it looks so much cooler if it's happening over the Field House instead of over the scoreboard.

Must have been a blast watching us crush Minnesota's spirits with a gorgeous sunset like that going on in the background. Dreams are made of less.

ON WISCONSIN
Posted by Schwa at 11:59 PM