What a long, strange trip it's been. A season that started out with the perplexing McEvoy-over-Stave decision and ensuing LSU chokejob has ended with a new coach and a somewhat familiar date with an SEC opponent on New Year's Day. I'm not sure how we'll look back at this year down the road, but I do know that ending with a victory over Auburn will put a MUCH more positive spin on things. STRONG TAKE CITY.

But regardless of the outcome on Thursday, I enter the football offseason BRIMMING with optimism. GA - for all his faults - assembled a pretty impressive recruiting class this year. And almost all of them have reaffirmed their commitments in the wake of the coaching turnover. The staff will come together nicely, and frankly as long as they get a few guys who can recruit, it won't really matter much. Chryst and Aranda represent two of the most gifted coordinators we've seen. Offensive guru head coach with strong Wisconsin ties inherits young badass defensive whiz who has quickly established his system in Madison. That's a thing of beauty.

So enjoy the game on Thursday. The basketball team will take the spotlight starting on Sunday, but it's a long, long time until we can all gather around a bucket of curds to watch Sunshine sling us to victory. Offseasons suck. Let's have fun Thursday.

CHICAGO BADGERS: I know. I already feel the pain you feel. It's an 11 am game the morning after your respective New Year's Rager. No one ever said having fun was easy. But you're gonna suck it up. WHEN ALL ELSE FAILS, remember my IRONCLAD method to conquering a hangover:
By now you should be feeling more than good enough to get to Will's before kickoff and muscle that first giant beer down. Once you get the first bucket of beer in your gullet, it's all downhill from there. I feel like 'it's all downhill from there' has a negative connotation, but if you think about it, it's SO much better than it all being uphill from there. I'll gladly coast down a hill guzzling beers into the wee hours. Sounds like fun! 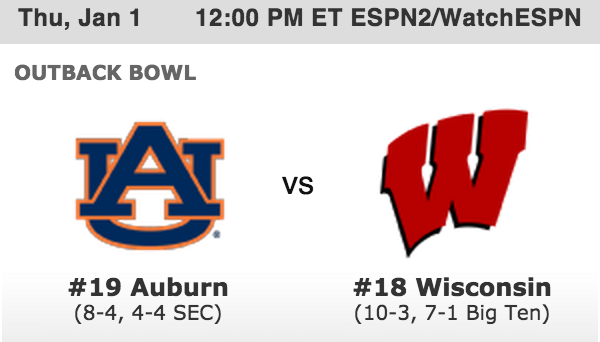 
ALL OF THE AUBURN KNOWLEDGE YOU'LL EVER NEED

Let me preface this by saying that Auburn strikes me as a FILTHY establishment. Full of cheaters. Cutting corners at all costs. Am I making this sweeping assumption based on them giving Cam Newton $15 million to play football there? ABSOLUTELY. Regardless, I do not like them and you shouldn't either.


THE DIRTY SOUTH IS THE WORST


Auburn University was racially segregated prior to 1963, with only white students being admitted. Integration began in 1964 with the admittance of the first African-American student, Harold A. Franklin.[18]The first degree granted to an African-American was in 1967.[18] According to Auburn University's Office of Institutional Research and Assessment, African-Americans comprise 1,828 of the university's 24,864 undergraduates (7.35%) as of 2013 and 49 of the 1,192 full-time faculty (4.1%) as of 2012.[19][20] AU has decreased its African American faculty percentage from 4.3% in 2003 to 4.1% today, since the settlement of legal challenges to the underrepresentation of African Americans in AU's faculty in 2006.

PS - Have I ever been to a LAN party? Maybe. Did I enjoy it? Maybe. If anything this makes me qualified to make fun of them.

Gilbert police noted Barkley was cooperative and respectful during the entire incident, adding that he was treated no differently than anyone arrested on DUI charges. The police report of the incident stated that Barkley told police he was in a hurry to receive oral sex from his female passenger when he ran through a stop sign early Wednesday. 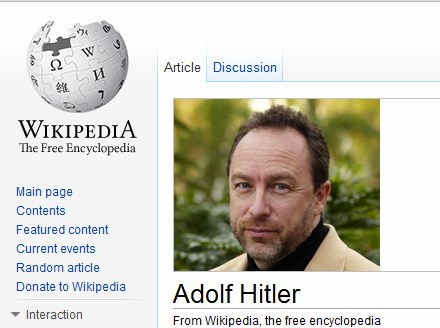 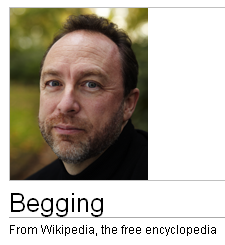 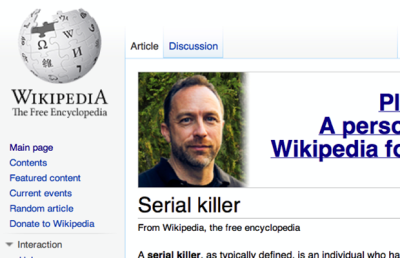 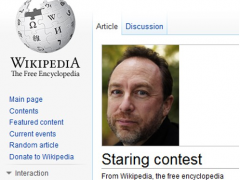 Those never stop making me laugh. And I actually donated to Wikipedia once, so I'm totally allowed to poke fun at his fundraising efforts. I ain't no freeloader like the rest of them, Jimmy. 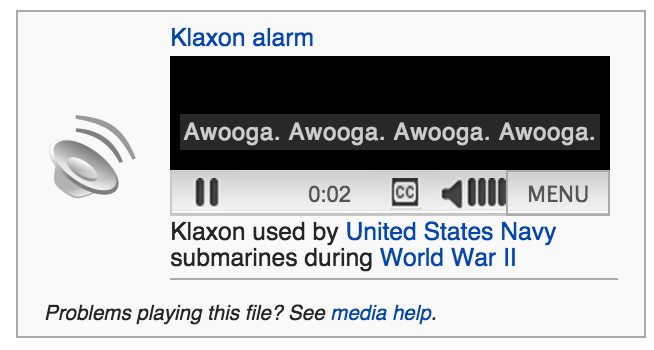 Most People are calling this the best album of the year. At the very least its the best Hip Hop album. El-P has never made beats this consistently good before. "I will never condescend. Now spread yourself" (JQW)


Chris Brown is an absolutely abhorrent human being, and Tyga is banging the young Kardashian sister who I'm pretty sure is like 14 years old. I actually just Googled her - she was born in 1997! So, no, not 14, but yes, under 18, aka Tyga is a statutory rapist. Regardless, as was the case with "Deuces", I'm able to put my morals aside and appreciate this hot track. (@DannyGoldin)

Who's ready for SEC SPEED to blow us away? I know I am!

Just like before the LSU game, we're going to hear nonstop blathering about how fast the SEC team is and how plodding Wisconsin is. MALARKEY. MGIII sure as hell looked fast enough against LSU, and he probably breaks 200 yards agains them if the GA braintrust doesn't inexplicably bench him. I'm sure Auburn's D is a step up from LSU (I've done zero research to reach this conclusion), but I still fully expect Melvin to be easy striding all over the field. It's his last game with the Motion Dub on his head and he's got a sour taste in his mouth after the OSU debacle.

Yeah, he beat these Auburn fucks

Let's do it again


I have literally no idea which parts of this are real and which parts are just actors PUNKING us. But I do know that the ending absolutely slayed me. And I loved the look on the guy in green when the thug poured one out: 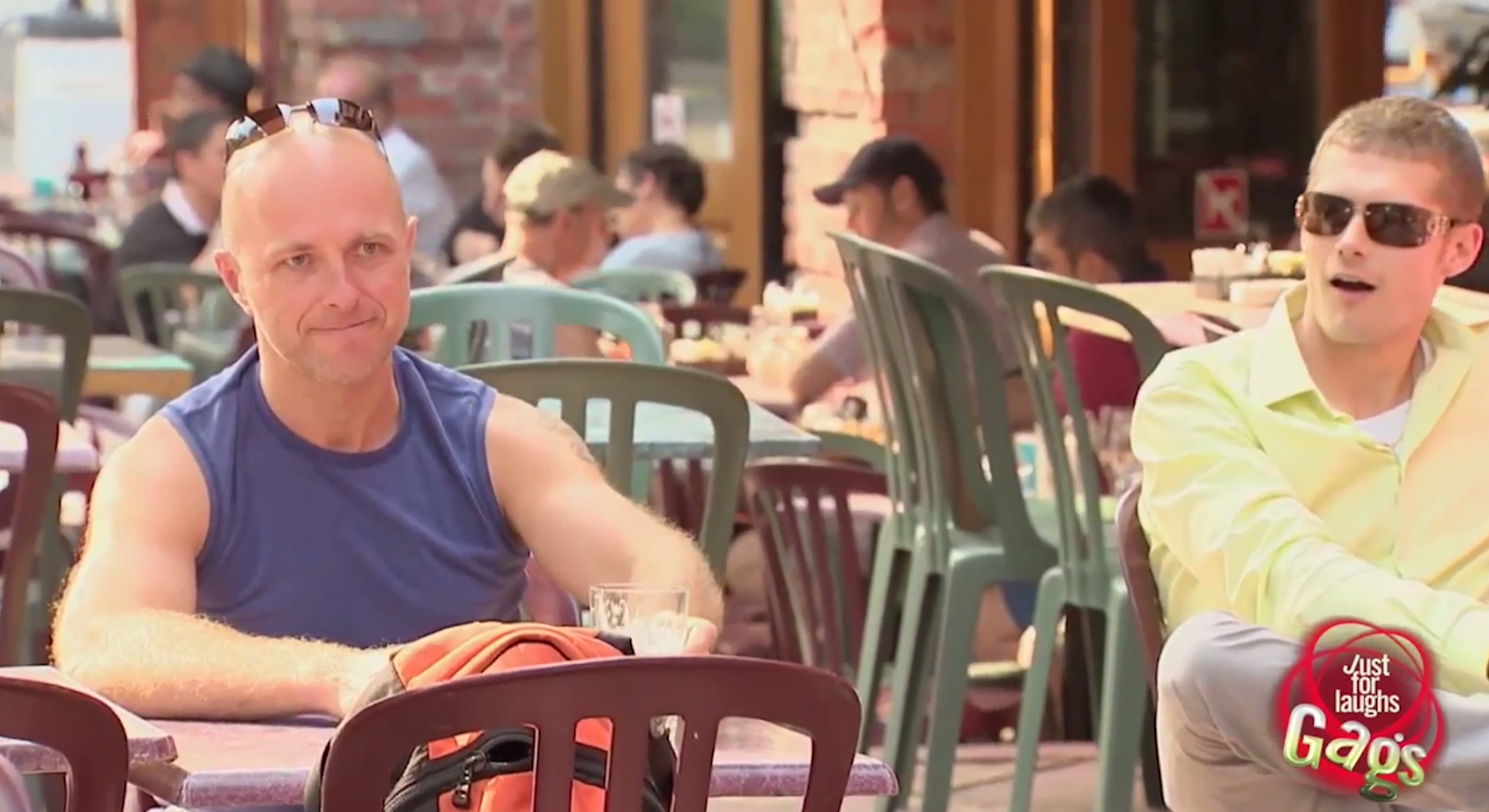 This guy literally caught the Holy Ghost from Beyoncé. Incredible stuff. I've always been amused with those phony healer folks and their witchcraft ways. One of my favorite music videos is just 3 minutes of it:


Gets me every time.

Christmas is SERIOUS BUSINESS down in Australia. Big time dedication to the mythology of the holiday. Them kids better get to bed.


What a touching video, and I'm not even joking when I say that. This girl has apparently been in and out of the hospital with some awful disease, so her dad had the police surprise her with airfare and concert tickets to see her favorite band that I've literally never heard of. Timeflies? Okay, they have a song with 27 million listens on Spotify. I'll give it a whirl.

That was... not what I like to listen to. Oh well. Have fun, Audra!

PS - After 2 minutes of me listening to this, one of my roommates chimed in with an irked 'what is this shit?' I do not think he was a fan of Timeflies.

PPPS - Had to google it to see where Saukville was - surprisingly close to my home. I feel like I should've known this.

4xPS - Yeah, all cops are not terrible people. Frightening how easily people forget this. 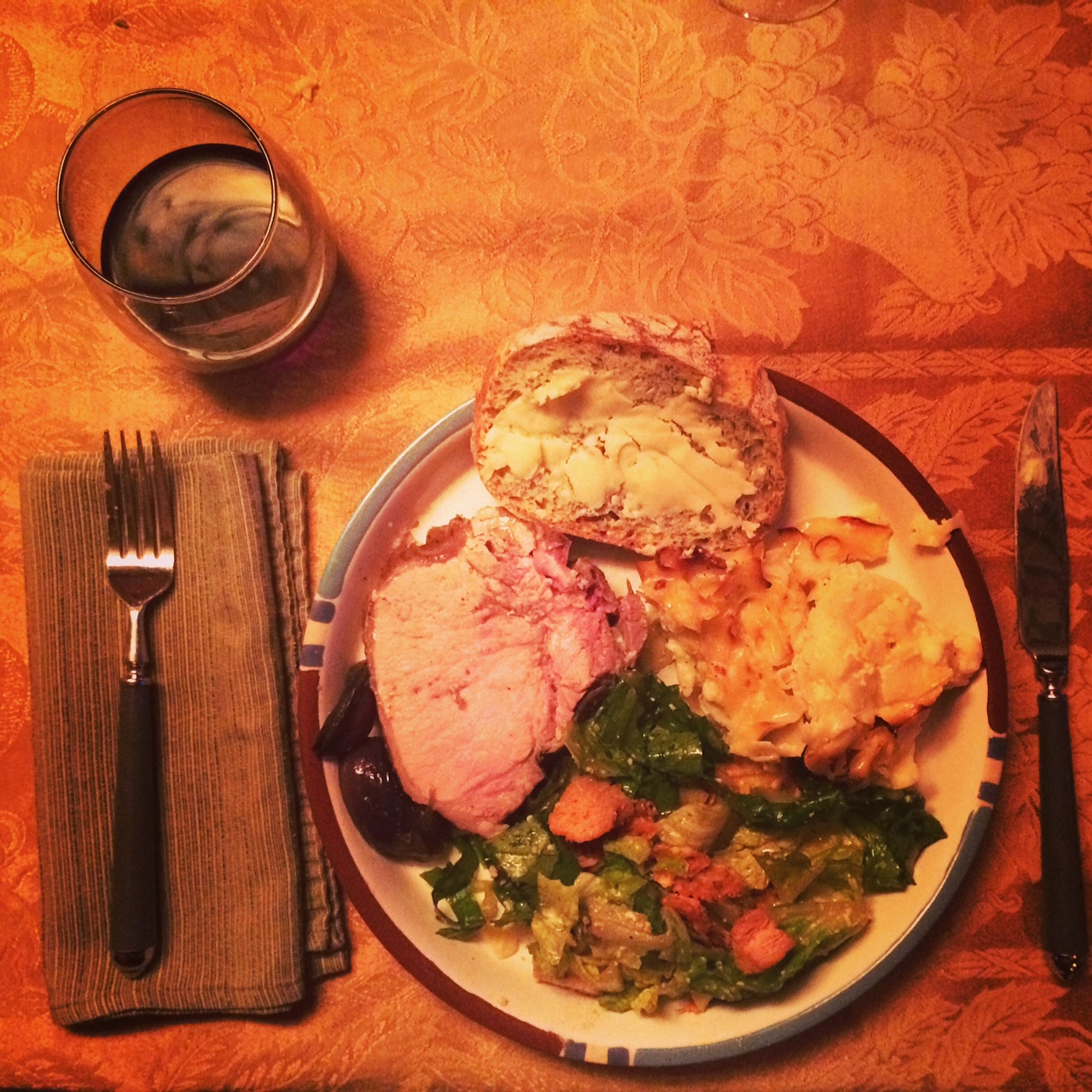 Bone-in pork loin, noodle kugel, Caesar salad, and homemade bread. A CHRISTMAS EVE FEAST FOR THE AGES. I fucking love noodle kugel. Jewish mac and cheese never disappoints. And whenever I hear pork loin, this is literally all I can think of:

Every inch of that video gives me the giggles. L-I-O-N, -Cupine... it's all perfect. 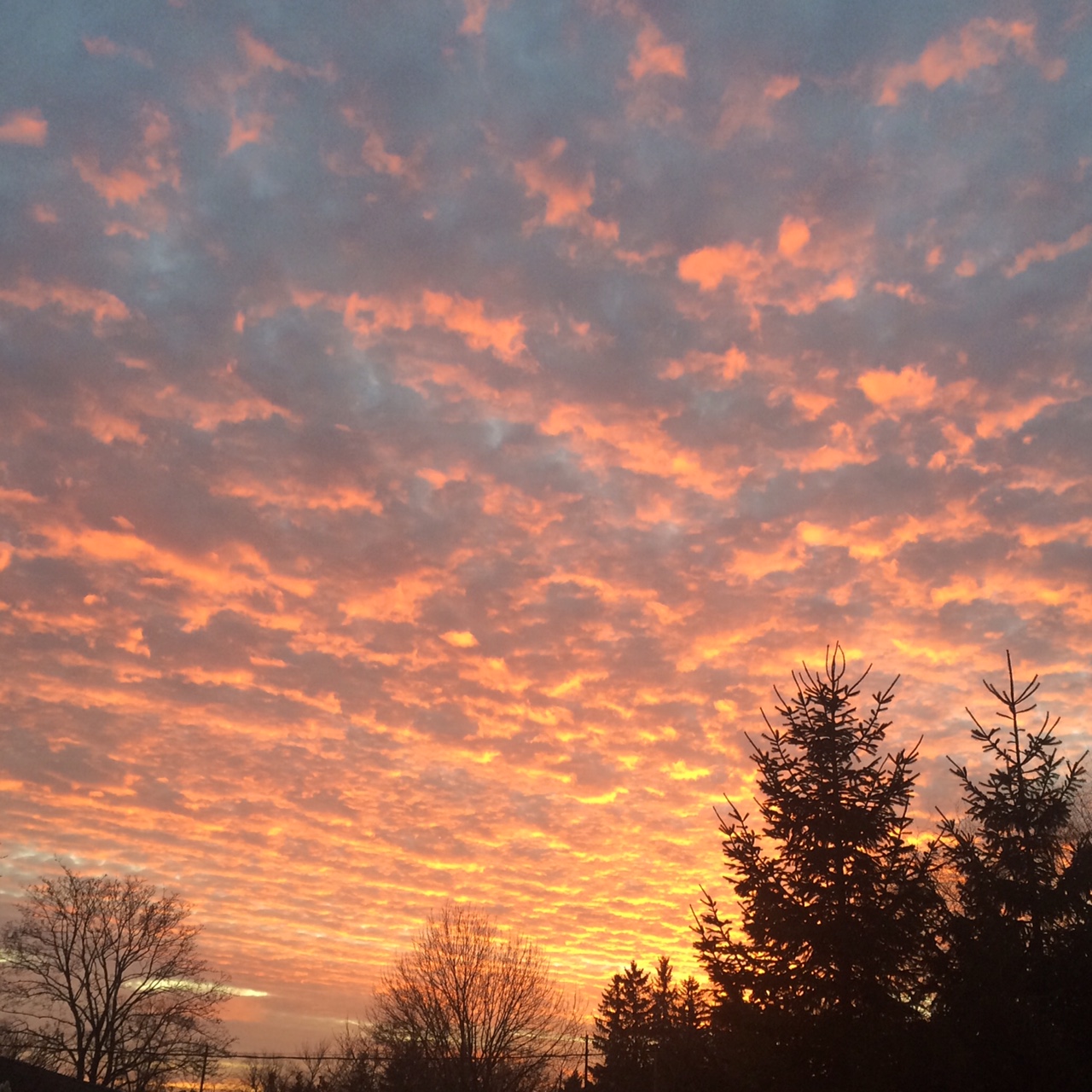 CHRISTMAS #SKYPORN! I was just strummin' away on the guitar when my dad goes 'there's some skyporn out there'. HE WAS SO RIGHT! GOOD CALL DAD! I ran out there like an idiot possessed, standing on chairs, contemplating getting on the roof. Fantastic sky. Whole thing was ablaze with color and EMOTION. Milwaukee, USA, #skyporn capital of the world.

Real talk, no one really thinks we're gonna win, right? As long as we're all on the same page, I'm gonna go ahead and pick us to win anyway because I'm temporarily feeling very homery and I hate picking us to lose.

ON WISCONSIN
Posted by Schwa at 4:04 PM