That dismantling of Ohio State was something truly spectacular to behold. To go into a conference rival's house on their Senior Day and straight up embarrass them a moment that should be cherished. Hold on to that shit, store it away, and bring it out the next time you're sad.

It's not like we did that to Northwestern or Nebraska. That was OSU. That was a top-25 team with a potential first team All-American stud. That's a team that some people will put in their Final Four. And we walked in, took a look around, and then beat the crap out of them like that was the damn National Championship.

And that's why (amongst a million other reasons) I'm sky-high on my hopes for this team as we enter #TournamentTime. Bo is the master of instilling that mentality. He'll straight up tell his boys to play like it's the National Championship every game. All out, nonstop, max effort for 40 minutes every time you step on the court. And THAT is the mentality needed to win a championship.

But of course, you need more that just that mentality. You need the talent to along with it. And you need a little luck. We know the talent is in place - we literally have the best player on the floor going into every single game this year. He's surrounded by studs. And Trae could be ready to rejoin the fold come NCAA time, giving us some MUCH needed depth. The only remaining doubt in my mind is luck. Will we catch those handful of breaks that EVERY champion needs on their path to glory? Will the shot rattle home when we need it? Will that key questionable call go our way? These things are often overlooked when evaluating postseason success. They'll be key factors in determining how bananas the next month is going to be for the Wisconsin basketball program.


CHICAGO BADGERS: If Bucky takes care of business on Friday, we're shaping up for a noon tip on Saturday. Join me in the #WearRed approach to St. Patrick's Day and let's get weird at Will's. Green is a fucking heinous color and we all know it. That one shirt you've been day drinking in the last 10 years can use a year off. 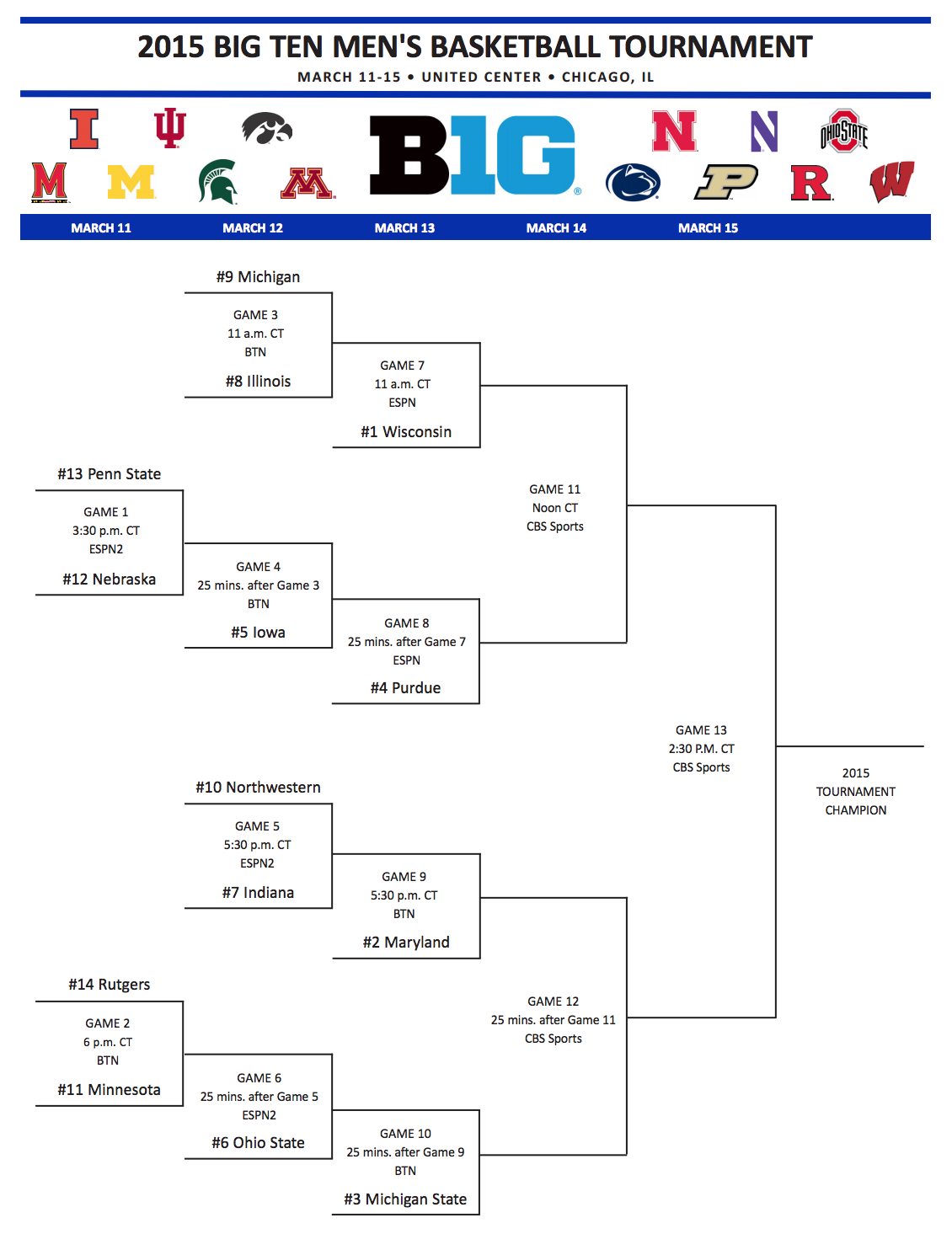 Lots to chew on with 14 teams now. DOUBLE BYE CITY.

1) Wisconsin, 28-3 (16-2). Biggest news of the week BY FAR is High Life Guy passing away. A man few knew, but many loved. Can't even tell you how many times I've yelled "y'all MUST be crazy!" And not only that, not only is High Life Sconnie to the bone, but High Life Guy was a friend of Will's: That picture is fucking glorious. With the postseason upon us, I believe we have our fifth and final #SpiritAnimal. Rest in peace with all the High Life you could ever ask for, High Life Guy.

PS - His real name was Windell Middlebrooks which is absolutely amazing. We know you're watching and purveying all the High Life heaven has.

PPS - I'm buying two 12 packs of High Life bottles this weekend and pouring one out for every one I drink.

2) Maryland, 26-5 (14-4). It's not ironic, it's just interesting that our only two regular season B1G losses came against the newbies. Like the opposite of what happened in football when Nebraska joined and we bitched them around for the last few years.

3) Purdue, 20-11 (12-6). The first two days of the NCAA Tournament are literally my favorite days of the year. Every year I skip school or take off work to sit at home, drink a million Rolling Rocks, and eat 40 pounds of Pizza Hut. Don't listen to CBS - THIS is the tradition unlike any other.

I got HYPED the other day because Pizza Hut emailed me making sure I was ready: 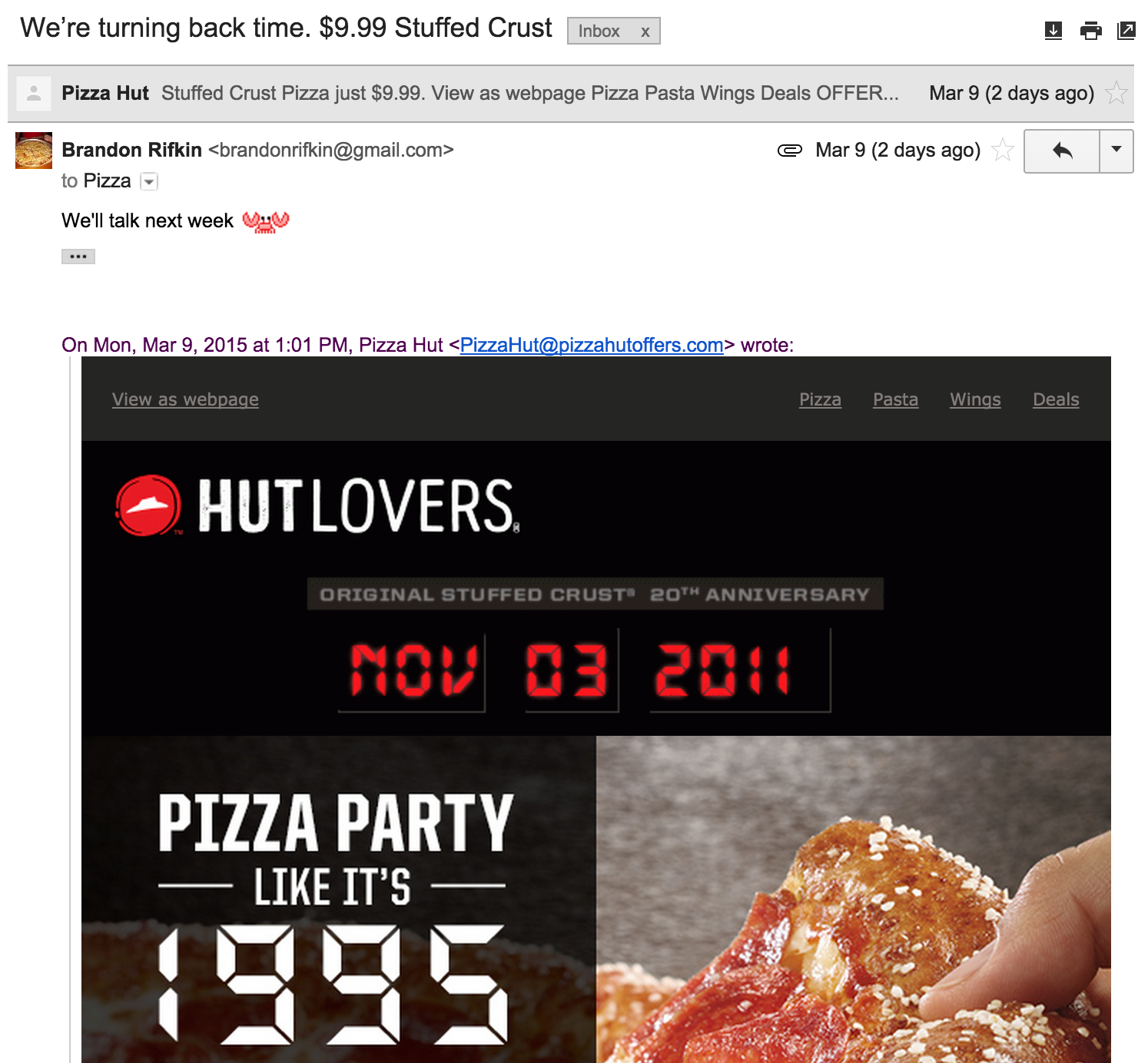 4) Iowa, 21-10 (12-6). Okay, 6 wins in a row is rather impressive. FINE. I hope your coach pulls a muscle in his leg during a FRANTRUM and is unable to walk without discomfort for WEEKS because old people take FOREVER to recover from muscle injuries.

5) Michigan State, 21-10 (12-6). Oh you mean an Izzo-coached team played good ball down the stretch and has positioned itself for a deep run in March? COLOR ME SHOCKED

7) Northwestern, 15-16 (6-12). I saw Northwestern +12 against Iowa last weekend and drunkenly put $50 on the game after telling friends it was FREE MONEY. "Iowa due for a collapse, nerds playing well, KenPom thinks it's 11, LET'S SHAKE THE MONEY TREE!"

Then I woke up the next morning after their game ended and checked my phone: 69-52 win for Iowa. WHAT HAPPENED TO THE CORNER YOU WERE TURNING NERDS. This is all my fault for putting faith in Northwestern hoops. Never again.

9) Michigan, 15-15 (8-10). You know what I think is sneaky fucked up? Walking the plank. That's some scary shit right there. If I was on a ship on the open seas and some swashbuckler pulled out one of those curved pirate swords and put it in my face and backed me up to the starboard plank and told me to 'WALK' I'd just ask him to cut my head off instead. Only Jedis and Johnny Depp can survive a plank-walkin'. I'll never step foot on a boat with a plank.

You can actually hear @UWMadison students in the Barn chanting N-I-T. That is beautiful.
— Brandon Rifkin (@brandonrifkin) March 6, 2015


Wearing pants in your apartment is SO overrated. One of my roommates just hangs out in jeans all the time when he could EASILY be wearing shorts. Insanity: defined.

Pinback is an old worn shoe and it seems to be falling apart. One (Rob Crowe) of their two members seems to be quitting music entirely as its 'not financially responsible to his wife and kids' and is 'humiliating to his psyche'. And that's terrible news boys and girls albeit understandable for various, equally sad, reasons. Let's hope he was just having a rough month or so. I am however afraid this may be real. The mans in a ton or other bands, Pinback just happens to be what he's best known for. In case this is the end, I provide to you this trinket. (JQW)

Iamsu is a talented up-and-comer who you may have seen on 1 of his various tracks with Wiz Khalifa. On "Hella Good", he not only provides two solid verses, but also produces the beat. (@DannyGoldin)

New one I'm digging. Give it a spin.

That starts on Friday

So awesome. Grew up demolishing my little bro with wrastling moves on our parents' giant king bed and this brought me way back. 17 days until Wrastlemania, think on it.


I definitely used to watch this show and GAH I remember being kinda creeped out by it. I think it's because... oh yes, this little monster:


Who must be an ancient ancestor of my favorite guy ever: 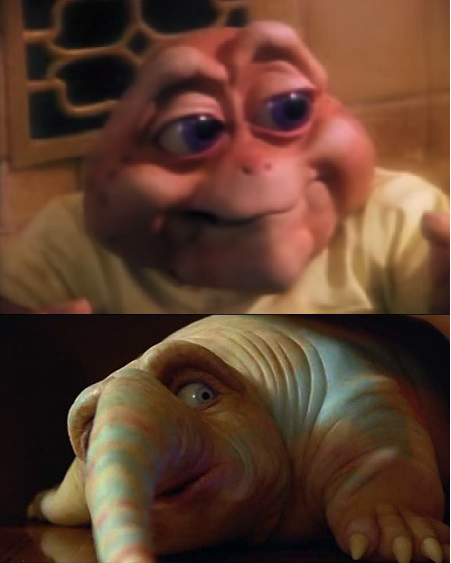 If you know wanna know who the terrible people on this beautiful planet are, look for the people that wouldn't stop to play a little fetch with a random hound while skiing. I didn't know you could play with hounds while skiing. I need to go on a hound ski vacation immediately.

CBS' ability to churn out 'new' CSI shows and get 56 million middle Americans to tune in every week is insane. And it looks like CSI: Cyber is using the same science as the rest of them. Sigh. 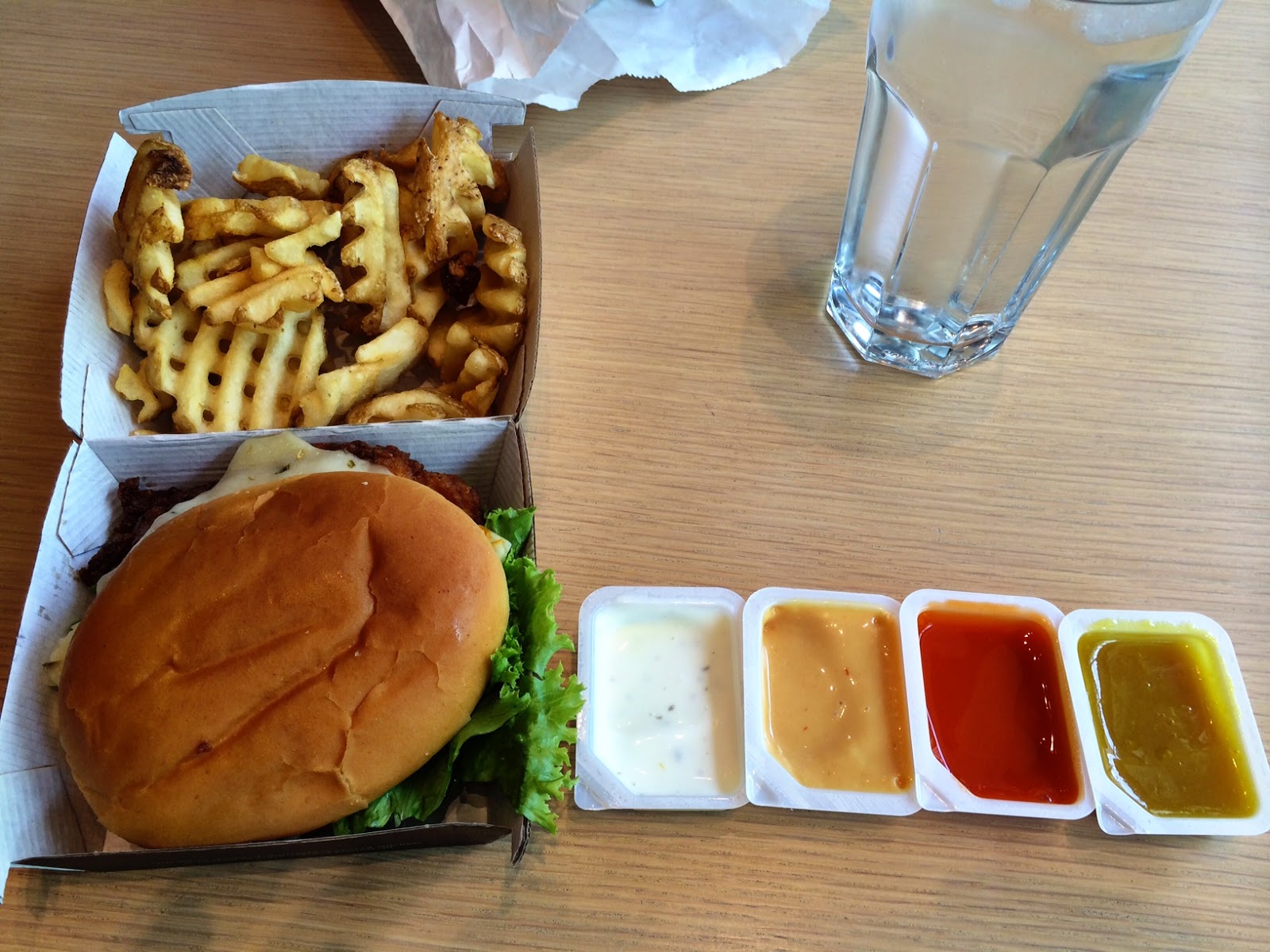 6. Polynesian. I don't even understand what this is.

5. BBQ. BBQ sauce is boring and if it's your favorite sauce better check a mirror because you might be boring too.

4. Honest mustard. I have a newfound appreciation for honey mustard sauce. I just looked back and realized I wrote 'honest mustard' and we're going to keep that for now. This mustard tells no lies. You can trust this mustard. YELLOW mustard, on the other hand, is a fibbing bastard.

3. Buffalo. Good old buffalo sauce. You're always there for me when I need you. I like you. I'm deep in like with you. #likestruck

1. Chick-fil-A. Flagship sauce reigns supreme. It goes on all the things and it goes well with all the things. One time I was eating a boring salad at work and I found a thing of Chick-fil-A sauce in a drawer here and I started dipping the chicken in my salad in it and whoa hey look out I finally enjoyed a salad a little bit. 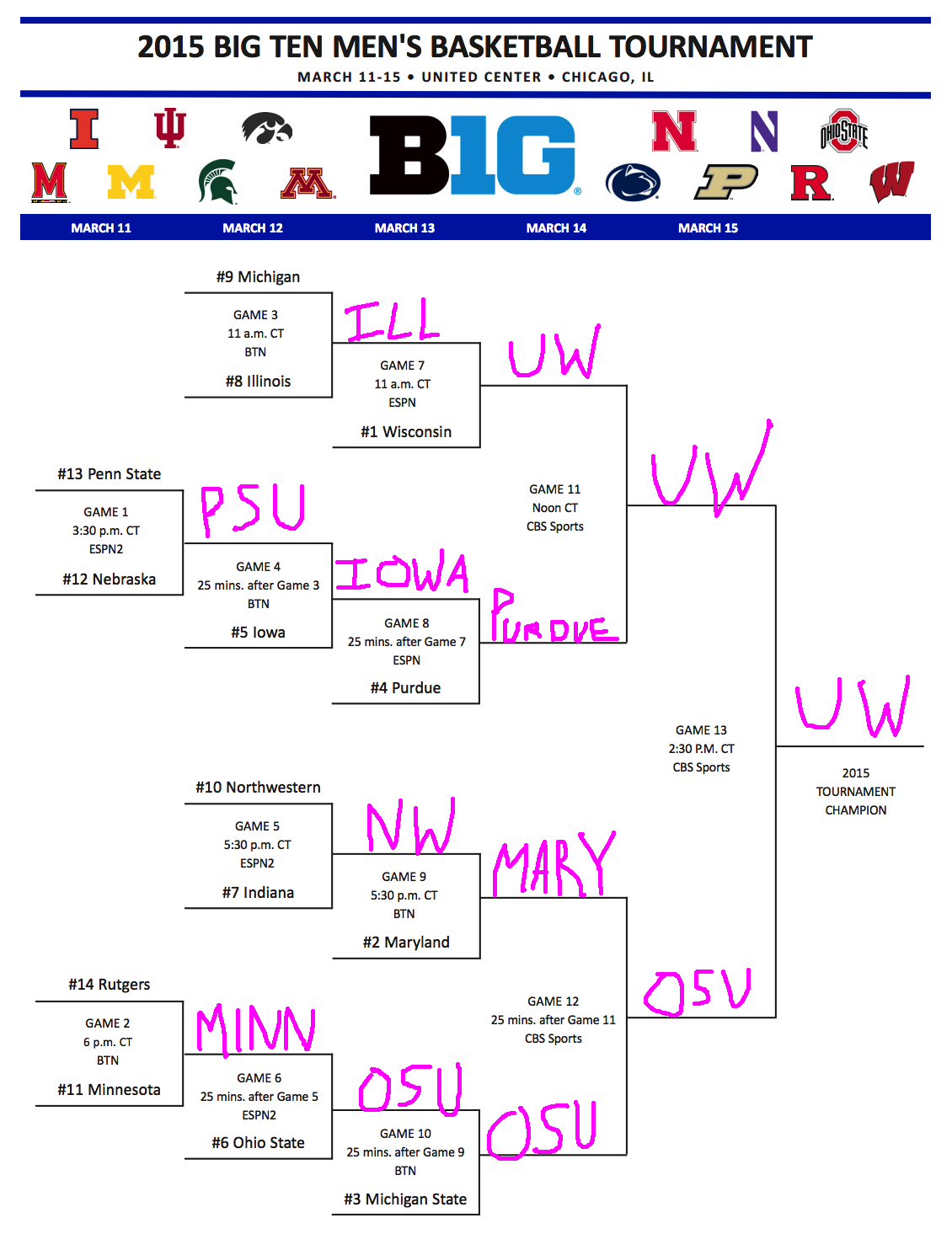 ON WISCONSIN
Posted by Schwa at 11:08 AM