I DON'T WANT TO GET OFF THE HORNIBROOK EXPRESS. Too much fun. That MSU game was beyond glorious. Some of us were more than hopeful we could pull off the upset, but no one thought we'd go into East Lansing and dismantle Michigan State. All facets were clicking: Hornibrook was dropping dimes, the defense was tenacious in every sense of the word, and special teams had some nice contributions as well.

You all had us in the top 10 with wins over LSU and MSU at this point, right? Who's surprised that we're more contender than pretender? NOT I*

*I am somewhat surprised

But we all know that was merely the beginning of the death stretch. There's no time to savor the flavor with a trip to the Big House looming. Michigan looks to be back at their elite level (that sentence was physically painful to type), but they haven't played anyone... yet. Can UW keep the momentum and crush the soul of every single filthy person from the state of Michigan in consecutive weeks? WE MUST DESTROY PURE MICHIGAN

PPS - Was the last time we played Michigan the game where we ran the ball every single play in the second half? I miss that Michigan! I want more of that Michigan!


CHICAGO BADGERS: Shocked they didn't bone us with another 11:00 kickoff. It's almost as if people are kind of interested in an undefeated top 10 clash in October. Whoa! Afternoons on the Will's patio, nowhere else you should want to be.

1) Ohio State, 3-0 (0-0). Beat Michigan and then we get 2 weeks to relax before I have to talk myself into the possibility of beating Ohio State. Gotta walk before you can crawl.

4) Nebraska, 4-0 (1-0). Nebraska was supposed to be the EASY one in the death stretch. All of the sudden, they look like they might kinda know what they're doing. Ugh.

6) Minnesota, 3-0 (0-0). I don't feel like ripping on Minnesota this week, so here's a picture of some northern lights that look like a Phoenix: 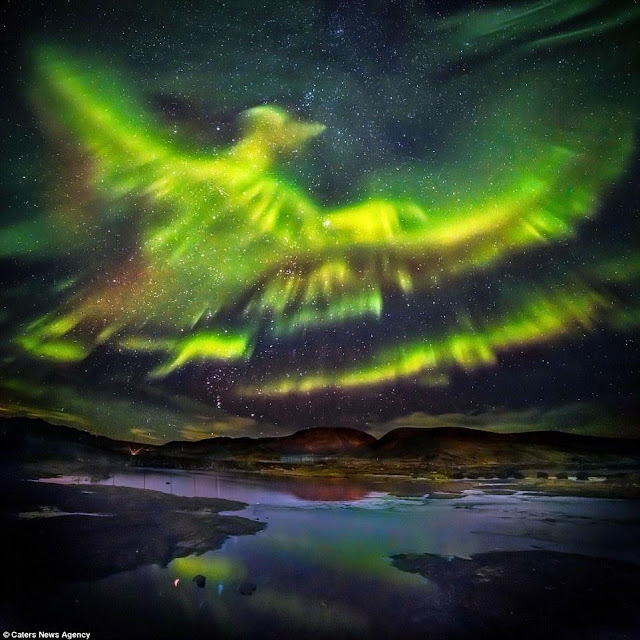 I really, really want to see some bonkers aurora borealis like that sometime in my life. I've seen the northern lights before, but they were never ANYTHING like this.

7) Maryland, 3-0 (0-0). They had a bye, and therefore I will say nothing about them other than Wisconsin is really hitching its wagon to the Under Armor star. And if it fails, we blame Maryland. And we burn Maryland to the GROUND.

8) Indiana, 2-1 (0-0). And just like that, the dreams of a perfect IU football season and march to the playoff are dashed. Fun while it lasted, though!

11) Penn State, 2-2 (0-1). They got hornswaggled by Michigan, which is just further confirmation that Penn State is very far from being back. Here's to many more years of them not being back!

Somehow I didn't know these guys were at Double Door Wednesday night. I get 5 million emails from Bands In Town and Ticketfly and half the freaking clubs in Chicago, and not ONE of them warned me. WHAT GOOD ARE YOU. This is a shame because they are as fun live as any band you're going to see (within their range of popularity). But they have a new album dropping Friday and if it's half as good as their last album, we're all gonna be happy. Check them out.

Michigan's High Flying Offense vs. Wisconsin's Super Dirty Defense. It's abundantly clear at this point that we need to ride this defense for all it's worth. Watt and Biegel flying all over the place, Shelton and Tindal ballhawking, Musso spin cycling... it's all amazing and beautiful. And our only chance of continuing this dream ride is if those guys can keep bringing the havoc and making life miserable for opposing offenses. That won't be easy with the Wolverines this week, but I have a hunch they're up to the task. I'm cautiously predicting 14 sacks between Watt and Biegel. CAUTIOUS PREDICTION

Sweep the state of Michigan

I want to see tears 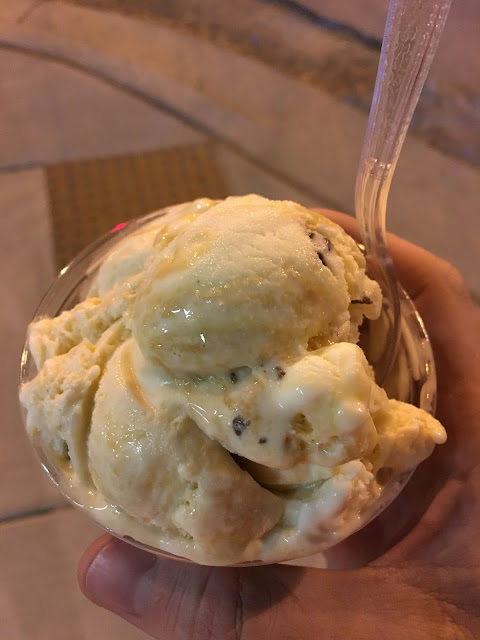 Salted caramel chocolate-covered pretzel ice cream from Bobtail in Lakeview. This is the best place for ice cream in Chicago, and perhaps the entire world (obviously not being compared to Kopp's since ice cream most definitely does NOT equal custard). It's not rare to see a line out the door on a warm summer evening, as everyone within 2 miles knows you won't find anything more perfect. Salty ice cream and a cold glass of water, nothing better when it's 85 degrees out at 9pm. 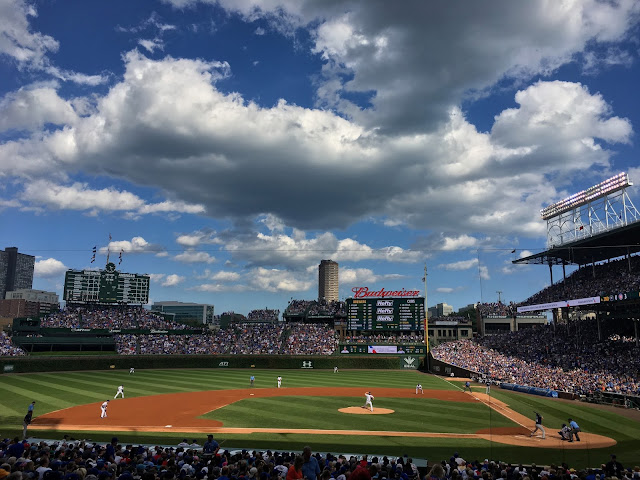 I said that Saturday up at Lambeau was perfection... well, a Saturday at Wrigley with Arrieta on the bump is pretty damn close to perfection itself. We will casually ignore the result of this game as the Cubs have run up 101 wins and counting. BRING ON OCTOBER

Even without Gags... let the good times roll. The Hornibrook Express has nothing but open track in front of it. No stopping it now. More shocking of the world to come. Chryst forever. #AllInOnHornDawg. THE PICK:

WISCONSIN 21, Michigan 20, no field goals for UW because we #GoForIt

ON WISCONSIN
Posted by Schwa at 4:53 PM