Non-conference observations as we gear up for a visit from the NERDS:

1) Taylor is the real goddamn deal. It's time to just accept that he is by FAR the best running back on this roster and feed him. Studly college running backs will not make it 4 years, so you have to just ride them every week. This kid passes the eye test by a million, grades out like a champ with all the nerdy sabermagician metrics, and is just looking a damn baller out there with the 23 on his chest. Give him the rock and watch him do his thing.

2) We've FINALLY evolved beyond the one trick pony wide receiver stable. Hard to remember the last time we actually had more than one receiver we could reliably throw to. I'm sure coming into the year, we were all expecting Yazz Peavy to dominate the target share, but that hasn't been the case at all. Q Fresh Cephus and Danny Davis are both over 100 yards, and have shown a nice mix of finishing and big play ability. Those two, Yazz, and Foomz give Horn Dawg a pretty damn good arsenal to deal to.

3) Speaking of the Horn Dawg, that was a very comforting performance in Provo. I'm sure there were some nervous folks out there wondering if he was regressing, but those nerves should be unnerved (what) after his utter dissection of the BYU defense. Maybe BYU sucks, but I'm feeling pretty good about our passing attack going forward. Yay.

4) The defense sure seems to keep plugging the injury holes with minimal pain. Injuries suck. No one denies this. In many sports and many positions, a key injury or two can absolutely DOOM an entire season. Hell, the right injury could doom an entire franchise (I have no idea if that's true). With Cichy going down in the preseason, there were all sorts of pieces out there about how devastating that was to Wisconsin's Playoff hopes. BALDERDASH. Our system is divine, our coaching is sublime, our backups just fine, look at me I can fucking rhyme.

5) Favorites in every game from now until TBD. And deservedly so. I'm a stupid fan with a laptop so I'm allowed to look ahead without LOSING FOCUS ON NERD STOMPING. So allow me to say: collision course with Penn State in Indy. I'm assuming the B1G Championship is still in Indy? Or is it at Yankee Stadium to keep chipping away at that East Coast media market? Whatever. 12-0 Wisconsin meets 12-0 Penn State and someone is going to be CRUSHED. We all know which football program deserves only the worst things to happen to it, so if we apply Game of Thrones expectations then you can bank on us losing on a hail mary. Fiddlesticks.

PS - if we lose this week it is not my fault.

Walk The Moon are back and they dropped a HOT PIECE. I really love this song even after a friend of mine pointed out this lyrical bonanza:

I'm on the record thinking lyrics only really matter in rap songs, but that is some SERIOUSLY cheesy stuff.

Either way, this song is a great sign they'll keep pumping out the poppy alternative stuff I eat for breakfast.

1. Penn State, 4-0 (1-0). Someone who writes about sports for a living called them the most exciting team in the nation, and at that very moment 30 million southerners dialed in to talk radio shows to explain how STUPID that is and that them northern boys can't run with the SEC kids and dey took ur jerbs.

2. Wisconsin, 3-0 (0-0). Paul Chryst has all of his weapons in place and the dominos are falling. CHUGGA chugga chugga chugga CHOOO CHOOOOOOOO

1) I used to be so worried that I was going to forget to feed her or give her meds or do something that was going to neglect her into a dire condition. Do I have to set an alarm every day for breakfast, meds, dinner? How will I know when to walk her? CAN THE INTERNET HELP ME? I quickly realized these things just work on autopilot once you're responsible for the wellbeing of another creature.

2) Puppies are hard and I wanted an older dog because raising a puppy by myself sounded abysmal but I couldn't resist. Looking back I have NO REGRETS because there is certainly something to be said about that bond that gets nurtured from puppyhood, but the thought of going through crate training, house training, and puppy adolescence all over again makes me want to curl up into a ball and get rolled into the ocean.

3) There is no better excuse for getting out of something you don't want to go to than 'oh sorry gotta let the pup out'. Works like a damn charm. Who's going to question you when the alternative is a cute little puppy peeing all over itself?

4) Any toy that advertises that it's for power chewers and can withstand hardcore chewing is a LIE. My dog could rip apart a brick, eat it, and poop it out within a 4 hour span.

5) Picking up poop is not even in the top 10 of the grossest things you do when you have a dog. I'll take picking up a normal poop over constantly wiping boogers out of her eyes, sticking my arm in her mouth to pull out a woodchip, cleaning up puke, wiping off another dog's slobber on her face, and all the other stuff that is less than fun. Unless we are talking about the loose doo doos. Nobody likes the loose doo doos.

6) Seriously I have no idea what the expectations are when your dog leaves a wet one on the sidewalk. Plastic bags are not the MOST efficient tool. Need to invent a portable shopvac or something.

7) There are not enough dog parks in Chicago. I'd say there are anywhere from 250k-500k dogs in this city and there are exactly 22 dog parks. The entire south side has 1 dog park! Not to mention, these 'parks' are typically small concrete areas overcrowded with chow chows and snifferpoodles. There are 5 million fields to play kickball in this city, but GOD FORBID we give a few grassy fenced in areas to the dogs out there to run around and be FREE.

8) They grow up so damn fast it's not fair. Where did my little puppy go? Now she is full grown 60 pound MONSTER. But lookat her! 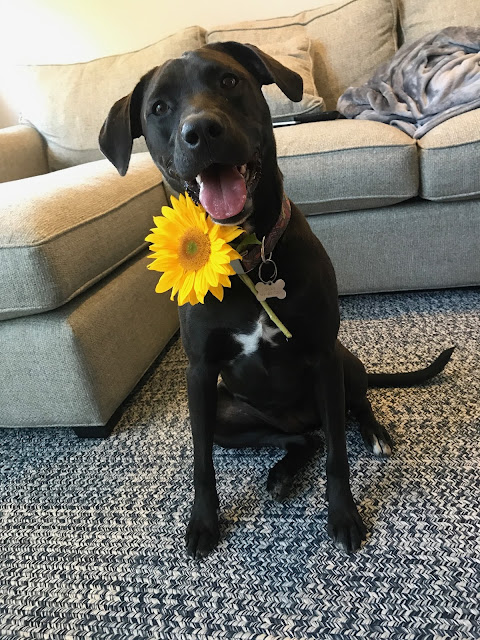 7. Minnesota, 3-0, (0-0). The other day I was taking the Blue Line back from O'Hare and some dude standing by the doors is watching a video on his phone at MAX volume. So obnoxious. There was a bigger guy standing next to him and we exchanged 'is this guy freaking serious?' looks before he told loud video guy to turn it down. Without even hesitating, loud video guy deadpans 'it's a free country'. I thought he was joking but he was 100% serious. Eventually another woman took off her headphones just to tell him he was being a jerk, and he finally relented and turned it down.

These are the people that voted for Trump.

8. Northwestern, 2-1, (0-0). All that talk about Provo only having 2 bars and Badger fans potentially drinking them out of their supply doesn't sound all that different than Evanston. As far as I can tell, there are like THREE bars in Evanston, and I wouldn't be surprised if the biggest days of the year for them are when UW fans are in town.

Thankfully the game's in Madison and none of this matters I just wanted to point out how lame Evanston is as a college town. 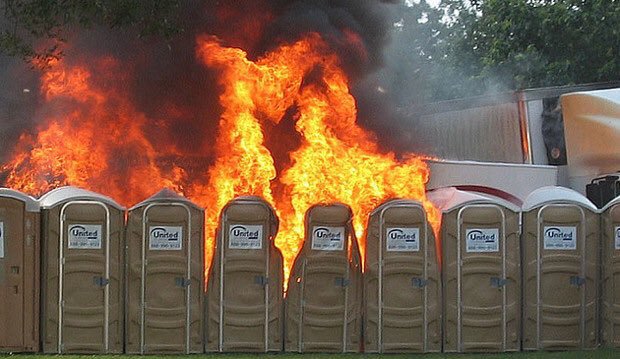 10. Maryland, 2-1 (0-0). My fear of them has diminished greatly now they're holding open tryouts for their starting QB. Injuries suck.

11. Indiana, 2-1 (0-1). I saw a proposal to have Tom Crean coach Louisville for a year now that Pitino is (rightfully) shitcanned and I LOVE it. College hoops needs CREAN involved. Needs it.

12. Purdue, 2-2 (0-1). I'm trying to lighten up on the beer consumption during the week (god what a compromise), which has just turned to increased mid-week whiskey consumption. SAY NO TO CARBS

13. Illinois, 2-1 (0-0). Hypothetical: Illinois and Rutgers are playing football in a stadium that is adjacent to your home. How much would you have to be paid to go to the game on time and stay through the end? Two conditions: you have to be sober and you can't look at your phone once you enter the stadium. I honestly think I'd need at LEAST $500 before I'd step foot inside.

14. Rutgers, 1-3 (0-1). My point is that both of these schools are pathetic and I'm getting tired of finding new ways to talk about them every week.

I really hate when they come


Okay, here are the facts:

1) Stone Colding beers is the coolest looking thing ever, but it is HARD. There are no instructions on how to Stone Cold beers other than someone tossing you a couple beers, MAGIC, and then you're pouring beers all over your face like you just Stunned The Rock. I've never been cool enough to try smashing them on my face to open them, but I have tried smashing two full beers together. My key takeaway that night was to open them first. Smashing two full CLOSED beers together is how kids lose their fingers.

2) Maryland has finally earned their keep in the Big Ten.

3) Seriously did you see that girl just Stone Cold a beer on her forehead like it was a routine way of drinking a beer? Good lord she is QUEEN


This is how clever people make good out of a shitty situation being stranded in an airport overnight. I was stranded in the Vegas airport one night, and it was one of the top 10 most miserable nights of my life. Good on her. 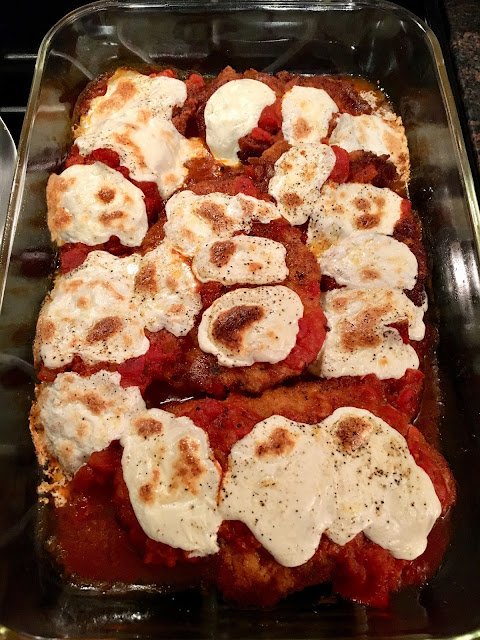 CHICKY CHICKY PARM PARM. Goddamn chicken parm is solid. Easy to cook, delicious to eat, goes with whatever random pasta you have lying around. I even removed the tenders from the breasts and made little chicken parm tendies and they were so CUTE.

I now eagerly await some internet smartass to tell me what's wrong with my chicken parm based on that pic. BRING IT. 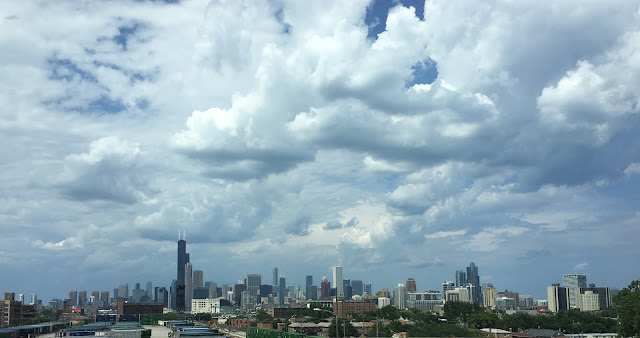 A rarely appreciated angle of the Chicago skyline. I'm continually impressed and blown away that we can whip our phones out and take pics like that while cruising on the highway. It's just so EASY.

Thank god this one's in Madison. THE PICK: