I'm not yet sure how I'm going to balance the incredible sports landscape this weekend. We've got simultaneous #USMNT World Cup Qualifier and Cubs/Nats game 1 Friday, Cubs/Nats game 2 rolled into UW/Nebraska Saturday, and then Packers/Cowboys for dessert on Sunday. October is off to a FLAMING hot start. Buckle up and strap it in.

I finally checked off Explosions In The Sky on my concert bucket list and they did NOT disappoint. Certainly helped that it was a tiny venue (Empty Bottle), but these guys are incredible and their music translates very well live. A+, would see again. 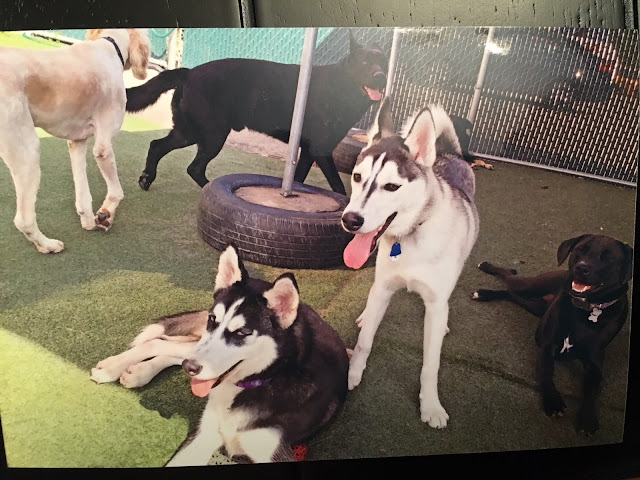 Good on you, huskies, for judging a dog for for the content of her character and not the color of her... fur.

2. Wisconsin, 4-0 (1-0). PLEASE go into Lincoln and shut them up. Our ongoing dominance of Nebraska is one of my favorite developments of the last decade.

3. Michigan, 4-0 (1-0). Got my SNES Mini and my first and favorite observation is simply how CUTE the little guy is! He's so tiny! Literally fits in the palm of your hand. I know, I know: you can have every game ever using emulators. But I am 150% pleased with my purchase. Great game selection, everything looks good and is easy to fire up, and the nostalgia factor alone makes me smile.

4. Ohio State, 4-1 (2-0). Curb season premiere was like a 3/10. I had a couple chuckles, but it definitely felt a bit more 'forced' than previous episodes. Almost like they were all too self-aware of all of the jokes. Overacting them a bit. IDK. It just didn't have the authentic feel of previous seasons. Holding out hope for the rest of the season.

5. Michigan State, 3-1, (1-0). Speaking of Curb, I literally lived out a Curb episode a few days ago. I went into McDonald's for quick McBrekkie before work and was faced with a scenario where there were two cash registers taking orders, a person ordering from each of them, and then 2 people standing in line before me behind the right-most register. I assumed we were just doing the logical thing of having one line and you just go to the first open register. A woman taps me on the shoulder asking me which line I'm in, to which I reply, 'Oh I think we're just doing one line here'.

Now, apparently she's a regular because she snaps back that they ALWAYS do two lines at this McDonald's. She asks AGAIN which line I'm in and I motion to the left register and tell her to be my guest. She tells me just to go, the register opens, and I order. I notice she goes into the right line and I go on with my day.

OR SO I THOUGHT. She ends up ordering from the LEFT register and starts yakkin with the employee there and motioning at me. I resisted the urge to say anything because that's what separates me from being a standard weirdo vs. a true social assassin. But lord knows I wanted to tell her that I couldn't help but notice she ordered from the left register despite clearly waiting in the right line.

I've spent a minimum of two hours thinking about this since Wednesday morning.

7. Northwestern, 2-2, (0-1). Boy, that one opened up like a classic Nerd game. I think we fumbled the first 15 times we touched the ball. What the hell was going on there? Of course I also go and tweet that Jimmy Leonhard is painting a masterpiece with his defense... right before they scored a few touchdowns. Blah. Glad to just get out of there with a W and have the nerds in the rearview mirror.

1) Public boozing needs to be legal. It's crazy I can't just go for a walk at night and enjoy a cold beer. Who are we protecting here? The Europeans have this one right.

2) ILLEGALIZE all the ticket bots and scalpers that buy up every ticket and immediately resell them oh and also get rid of ticket fees or include them up front. Everything about buying concert tickets SUCKS. Virtual waiting rooms, 5 different presales, limited quantities, Russian bot farms, convenience fees for printing our own damn tickets, additional overcharge fees, rust proofing... it's just a maddening experience. Clean it up.

3) Round up all the people who stand in front of the doors to an elevator or train and don't move to let people out, find the ones who stand on the left on escalators, track down people congregating at the top of a stairway or in the middle of a sidewalk during rush hour... and throw them all in jail. WAKE UP SHEEPLE

12. Purdue, 2-2 (0-1). I've never really been a farmer's market kind of guy, but I took a nice stroll through one last week and fell in love. I'm such a mark. The English toffee guy upsold me so hard. What am I gonna do with a pound of toffee? EAT IT ALL.

They're prob better than I think


My advice is to invest the time to enjoy the wild and wacky adventures of SACCHAN. I guess this is some old Japanese show where people 'hire' these 'detectives' to figure things out for them. In this case, the people wanted to know where their fat dog goes all day and who's feeding it so much food. I wasn't aware you could have a dog and just let it be a cat all day and then get confused when it comes home fat as hell.

PS - At least skip to the part where Sacchan runs and when he tries to get in the car in the end. Almost makes me really want a fat dog.

These guys used the delay on Facebook Live to record what should be an OK Go video. This is seriously cool and the song isn't half-bad either.

The Badger Preview strives to leave the chaos and despair of the American political scene on a different page of the internet (and focus on fat dogs & banging sunsets), but I HAVE to share this one since I'm beyond sick of #ThoughtsAndPrayers. Especially from the corrupt dipshits capable of actually doing something about this. Rant over. 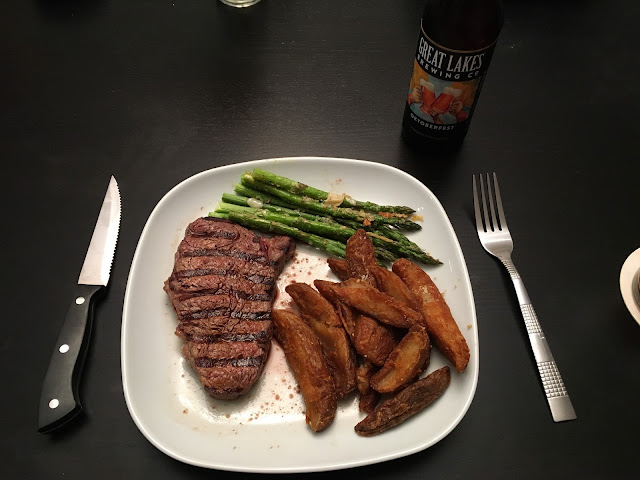 Another triumph on the grill. Did I make those potatoes as well? HELL YES if by 'make' you mean bought the tater wedgies at Jewel, sprinkled them with parmesan, and tossed in the oven. TOP CHEF

PS - As I look at that steak, I'm wondering if my grill mark game needs more thought. What's the proper direction for marking? I'm wondering if some DIAGONAL marks would look cool on a steak! Can I get a custom grill surface that has all sorts of fun shapes built into it? I demand a grill made out of nothing but motion W's. 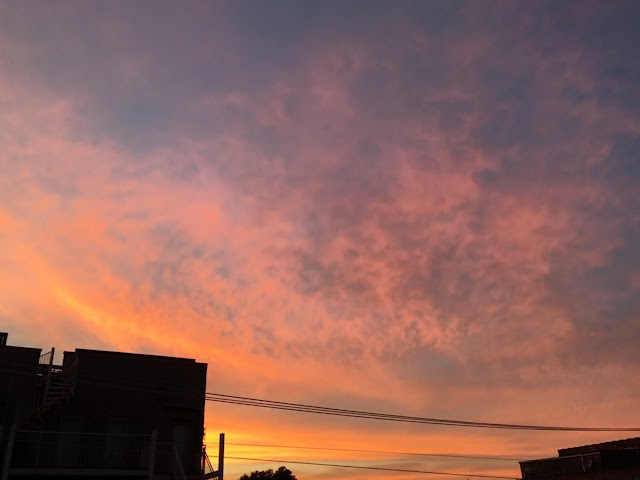 I'm like a well-trained bloodhound that caught the scent of a runaway jackrabbit when I smell a sunset brewing. The speed with which I ran out to the balcony was awe-inspiring. If I could motivate myself in life to approach everything like I do a hot sunset, you'd all be working for me.

Oh you KNOW the #HornDawg express is still choo chooin along at maximum velocity with no stops. This shit running EXPRESS to Playoff City. THE PICK: