Don't get me wrong: this song is great. But the real story here is an entire music video dedicated to the love story of two of those inflatable thingies outside car washes. I LOVE those things! And I'm so happy to know they can make sweet, passionate love to each other: 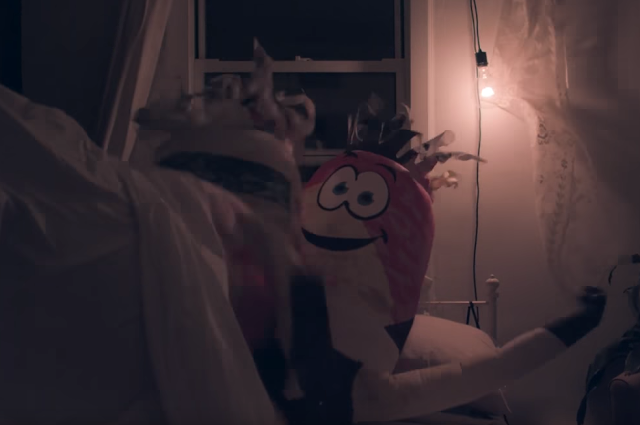 God that is amazing. And LOOK OUT: 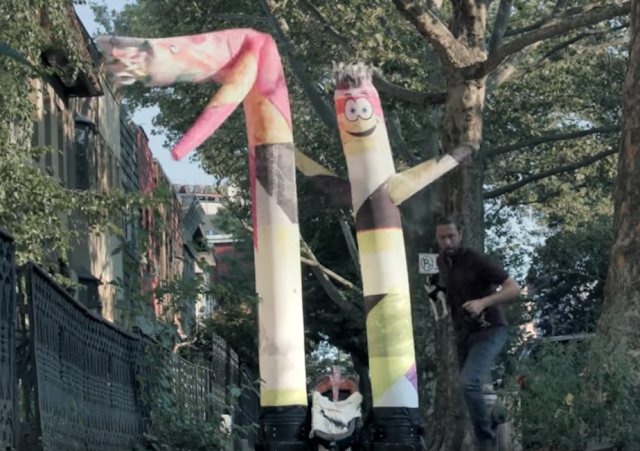 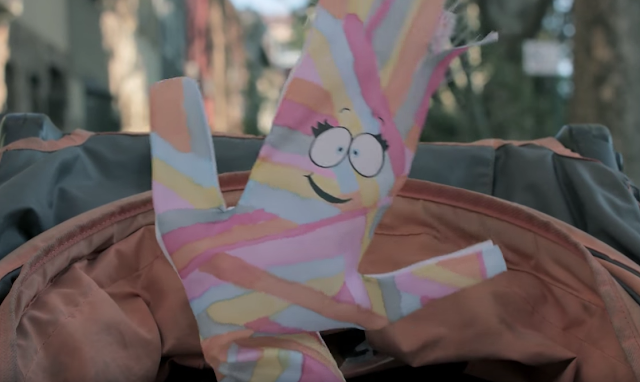 The little baby blow up thingy is adorable.

1. Wisconsin, 2-0 (0-0). Good to have Danny Davis back this week. AJ Taylor has looked great as our top WR option, but things only get better with DD in the lineup.

2. Ohio State, 2-0 (1-0). We're gonna get a glimpse of the ceiling for this OSU team with TCU and a roadie at Penn State coming up here before the end of September. I'm sure they'll win both games by a thousand because they're just annoying like that.

3. Penn State, 2-0 (0-0). The local news just came on after Jeopardy and one of the top stories was a guy who fled a crime in the suburbs, drove to the city, and literally tried hiding in the lake. As in, they found his car at the North Ave beach and arrested him swimming in the freaking water. Now, this may be an unpopular opinion, but I think that kind of brazen creativity deserves some leniency before the judge.

5. Michigan State, 1-1, (0-0). Losing to 84 year old Herm Edwards is a great way to distract everyone from the other current MSU headlines. Smart.

6. Nebraska, 0-1, (0-0). You tell me a better way to open your season with a true freshman QB than going CANCELED-LOSS. Well I guess if the true freshman QB gets hurt in the loss then it's kind of worse.

7. Minnesota, 2-0, (0-0). I always get VERY caught up in 9/11 stuff. I can't resist any documentary/home video that's on TV that day. This year, for some unknown reason, I became obsessed with Bush throwing a perfect strike for the opening pitch in Yankee Stadium. That is magical. Dude is wearing a bullet proof vest and is aware there's a non-zero chance something is going to happen, and he just calmly walks out there and grooves one in. I know he's not well-liked, but I'll always respect and dig the hell out of that moment.

PS - the best thing to read when it comes to 9/11 is this oral history of Air Force One on that day. I never really thought about how NO ONE interrupts the president during a public event. Imagine having to be the person that dropped this news while the president is reading to a room full of children. Yikes.

9. Northwestern, 1-1, (1-0). The Northwestern/Duke football rivalry is adorable and I think they should play every year. Unfortunately for NU, this year the Nerd Cup belongs to the Dukwons.

10. Indiana, 2-0 (0-0). I took my dog to the vet this week for her annual check up, and it really socked me in the gut when the vet started a sentence with: 'Well, everything looks good, but... she has gained a little weight.'

Oh my god, I am the father of an obese dog! The week after I fat-shamed my family's dog! INSTANT FAT DOG KARMA STRIKE! We are IMMEDIATELY on multiple diets in this house. She's 5 pounds overweight, scale that up to me and it's like me being 20 pounds over. We have got some serious work to do. No more treats for ANYONE.

11. Maryland, 2-0 (0-0). They really should not have a football program anymore. It still blows me away how awful the Maryland/Rutgers acquisition has been.

The Mormons are here

Hide your wife, hide your girlfriend

Lest they all be soaked

It kills me that we don't get a pan over to the dad's reaction. This also confirms my lifelong fear of surgery, because lord knows what I'll start blabbering about when I'm all doped up. Aren't doctors supposed to keep you hidden away from family and friends until your brain wakes up? Terrifying.

Who's the director of this high school band? Someone get their resume and submit it to be Leckrone's replacement. This is EXACTLY the kind of life-threatening tromboning we need at halftime.

PS - trombone has to be one of the weirdest instruments in the world. It's like the fucking giraffe of musical instruments. 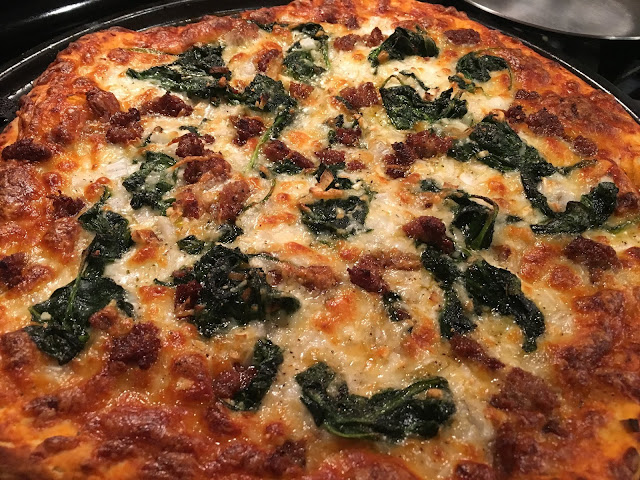 Homemade pizza night is a VERY stressful night in our home. And that is 100% attributable to the dough. I DESPISE working the dough. We don't have a cutting board large enough, there's never enough flour to keep it from sticking, I can't get it to approach a circle, and every time I try to fold it over to 'fix' it I end up with a pizza tumor. We try adding a little texture to the crust by kneading it like Barnaby's and it all just puffs up anyway. It always turns out delicious and looks pretty good, but I spend the first 10 minutes of pizza night cursing the gods and getting Piece on speed dial.

Then I dump 4 pounds of cheese, a pound of sausage, diced onion, and some spinach on there, and then MORE cheese, and then it bubbles up perfectly into bliss.

PS - the last time we did it, I went rogue and just made some garlic butter that I slathered all over the crust like 12 times. Garlic butter makes everything better. 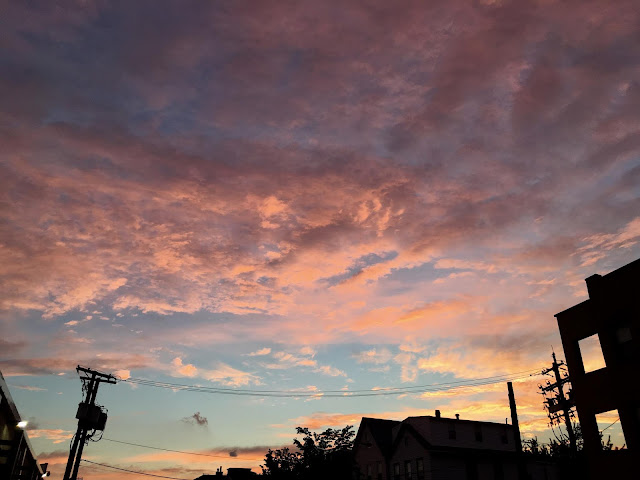 Ahh, a nice little Wicker Park sunset. I have nothing else of value to add to this.

Cupcake season's over. Time to nut up or shut up. THE PICK:

ON WISCONSIN
Posted by Schwa at 5:02 PM