If the 500 message grouptext I had with my friends debating whether or not Hornibrook is objectively terrible is any indication, this is going to be a HARD spin zone this week. There's no way of describing that game other than calling it what it was: a complete and utter failure. Hornibrook? What the hell was that. Chryst? 3rd and 3 from their 40 and you pass and then punt because WHY. Penalty for roughing the snapper? A Harbaugh-infused pile of bullshit the size of Montana.

I could go on, but there's no reason to. We were outcoached and outplayed on the road by a better team. It happens and it sucks and we are all perfectly aware that the world was wrong about the 2018 Wisconsin football team. Whatever.

This week the Chicago alumni party is at Fatpour, a bar with 8,000 beers on tap and yet whenever I'm there I just drink 9 Daisy Cutters and call it a day. The heart wants what the heart wants.

Spotify Discover Weekly coming through in the clutch!

1. Ohio State, 7-0 (4-0). SPIN ZONE: we no longer have to root for OSU to stay undefeated. Playoff backdoor is closed and we can resume hating every inch of their existence.

2. Michigan, 6-1 (4-0). SPIN ZONE: Michigan is getting pumped up so much that their inevitable collapse will be SUPER enjoyable to watch. Might start DVRing Michigan games just to get full sad Michigan fan exposure. 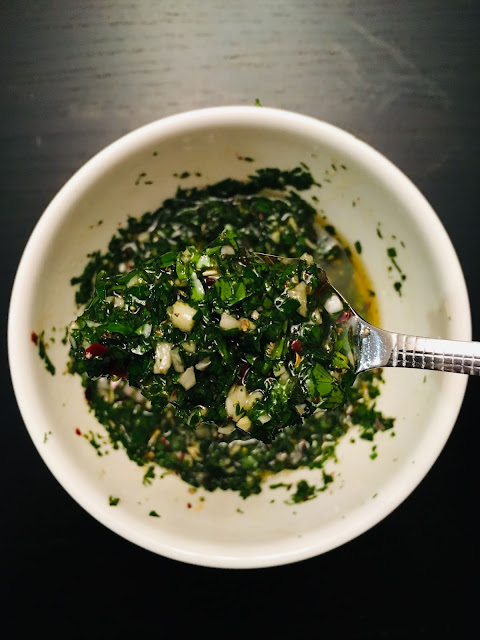 I tried making it once before using a blender and let me tell you that you get what you pay for when it comes to blenders. That thing sucked and we ended up with green soup.

This time I went au natural and sliced and diced everything by hand. SO MUCH GARLIC. I've put it on skirt steak, bread, chicken, & salad so far with on end in sight. Chimichurri is criminally underrated and needs to be incorporated into more recipes.

PS - this is the recipe I used. My modifications were some dried jalapeño flakes and a smidge of shallot. Oh and I probably used more garlic than necessary, but I consider that one of the core tenets of my cooking philosophy.

6. Wisconsin, 4-2 (2-1). SPIN ZONE: young defensive backs kind of held their own on the road against a good team. That experience will pay off in future seasons where we return to low expectations/over-performance. That's our sweet spot!

7. Northwestern, 3-3, (3-1). SPIN ZONE: everything else is going wrong this year, which means we are rolling into Evanston and handling Northwestern. Zig when everyone zags.

8. Indiana, 4-3 (1-3). SPIN ZONE: iOS 12 runs pretty damn well on my suddenly antique 6S. Usually every new major iOS release drains an extra 10% of battery per day and makes opening apps take 5 additional seconds. But I'm impressed with how well this one runs on my ancient iPhone.

PS - however, there's no spinning how stupid this is: 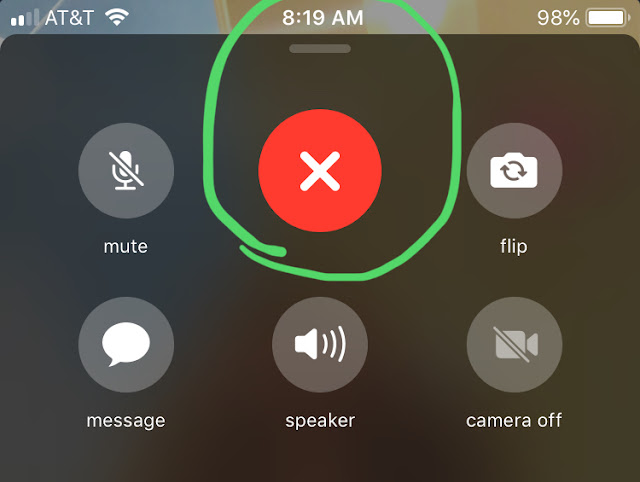 I'm not sure what the thinking was in moving the 'flip camera' button in FaceTime to this secondary menu, and I REALLY don't know what the thinking was in making the slider control for dismissing this secondary menu right on top of the giant 'hang up call' button. It's way too easy to fat finger hang up a call when you're just trying to get back from an unnecessarily cumbersome camera flip. Stupid.

PPS - also stupid? Changing the way you send pictures in Messages. The previous solution of tapping the 'camera' button and being able to either take a quick pic or send one from your library wasn't perfect, but it worked. Now you tap 'camera' and you go to a full screen camera, where you then have to tap an additional button to get to your photos. Or you can use the 'photos' Messages app to get straight there, which is annoying because a) the Messages apps have always felt weird, and b) it's requiring some significant re-learning on our part. Not a fan. 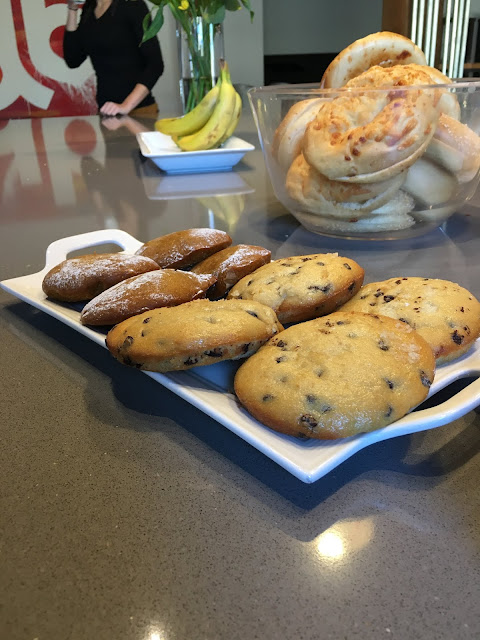 Hoops season is near

Thank god 'cause this is a mess

It's so awesome that you can be a top tier engineer and choose to either build a rocket that takes us to Mars or a robot that twerks in my eye: 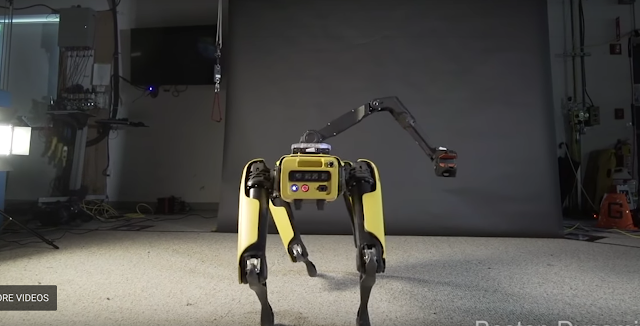 Look at that face. Creeper knows exactly what it's doing with its booty in your face.

PS - do robots have genders? Actually maybe I don't want to go down that road.

I think the actual 10 year School of Rock reunion was several years ago, but it's the first time I'm seeing this video of their reunion performance. So there you go.


Dave Grohl continues to be the greatest man alive. What a legend. He should be on everyone's 'top 10 people I want to drink a beer with' lists. 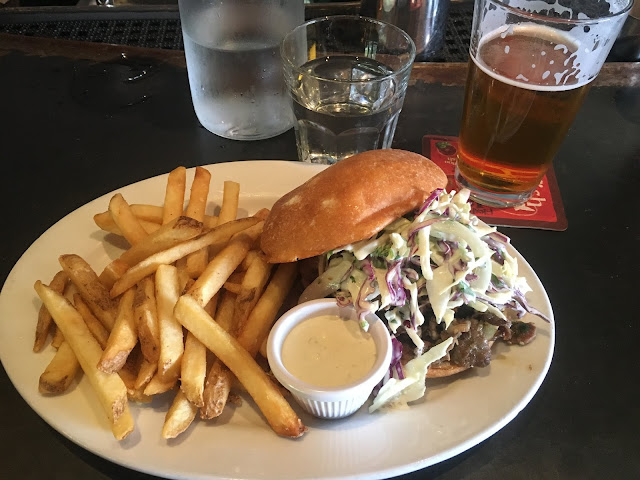 Bulgogi sandwich and fries at Citizen Six in Seattle. I enjoy their attempt to spruce up a bulgogi sandwich by adding some slaw on top. It was actually quite good. Wish I could push that slider a little more to the beef side to balance it out a bit, but a delicious sandwich and solid fries. Good job, Seattle. 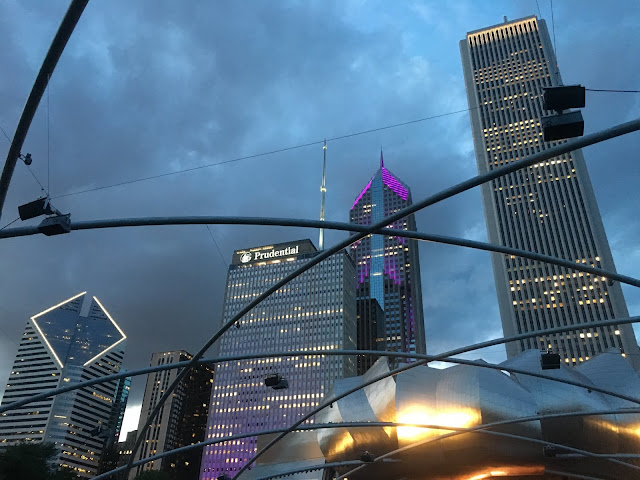 Need to take advantage of the free concerts/movies in Millennium Park more often. The views alone are worthwhile. Oh yeah and I suppose when you bring a bucket of Moon Man and Pizano's it's even better: 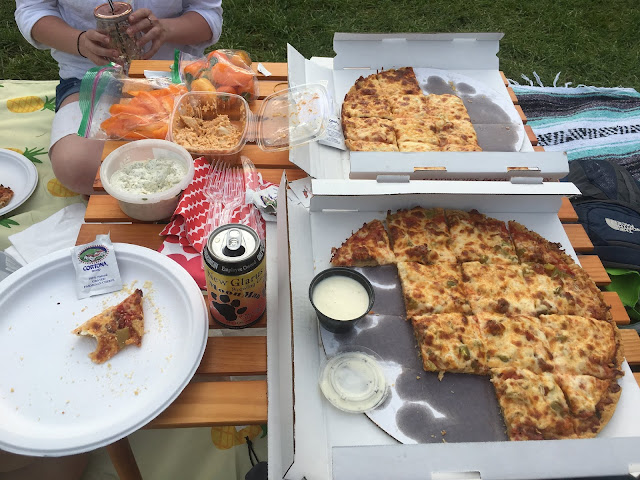 The season may be sliding off the rails, but the full derailment is not happening this week. THE PICK:

ON WISCONSIN
Posted by Schwa at 11:45 AM