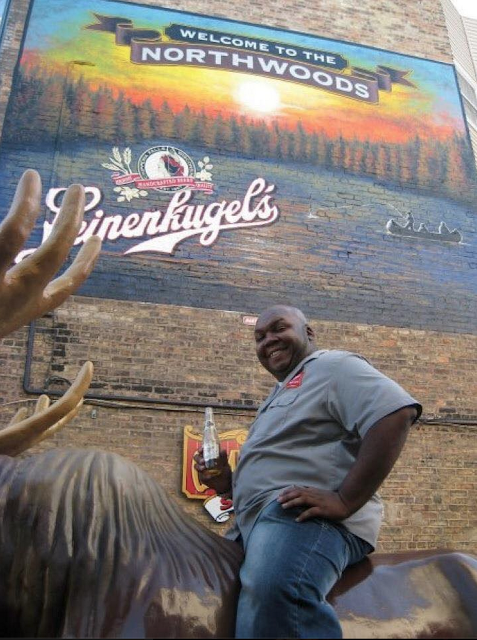 You read that right, amigo. This week we are partnering with Will's to get you ready for the NEW ERA PINSTRIPE BOWL. Wooo, New Era Pinstripe Bowl after the most disappointing season in recent memory! Woooooo!

Listen, I'm with you: it's not easy getting excited about playing Miami AGAIN in a mid-week random name bowl game. But this is the last hurrah for Badger football this year, and it IS a great excuse to take a shower tomorrow and leave your house. We're in that bizarre zone between Christmas and New Year's where no one's really sure what day it is and the idea of setting an alarm on your phone is foreign. Take a shower, put on some non-sweatpants, and join the party at Will's.

Speaking of which, here are my WILL'S PRO-TIPS:

1) You can open a tab at one bar and buy drinks on that tab at the other bars. Do not box yourself in.

2) Get there early enough (before the gameday menu flips over) and get the best thing they make: chicken parm sandwich with tots. I even go as far as getting a side of jalapenos and adding them to them. Italian Mexican fusion at a Wisconsin sports bar!

3) Screaming 'NEW NUMBER' within .75 seconds of a raffle number being announced actually does increase the chances of them picking a new number!

4) You can buy food off the grill using your tab at the bar. Cash only is a thing of the past.

5) Tip often and tip well. Gamedays are a zoo and it can't be easy dealing with idiots like us after the 7th giant bucket of Miller Latte.

TV: ESPN
WEATHER: I WONDER IF THE ANNOUNCERS WILL TALK ABOUT HOW MIAMI DOESN'T LIKE PLAYING IN COLD WEATHER

I posted one of their songs here a month ago, and it turned out they were playing Schubas a week after that. Let me confirm what I originally suspected: these beaches shred. I'd see them again no questions asked.

1. Ohio State, 12-1 (8-1). There are not enough words on the internet yet about the absurdity of Urban Meyer teaching a class on leadership. So let's add a few here: this is as close to trolling as serious news gets.

2. Michigan, 10-2 (8-1). Without doing any research, I'm confident in saying that Michigan has played Florida in a bowl game every year for the last decade. There's simply no reason for this other than BOWL EXECUTIVES thinking the matchup is super sexy and will make a lot of money for everyone but the students involved.

This is your friendly reminder that we should all go back to school to major in Bowl Executiveship, because there is not a more lucrative and effortless career path.

3. Northwestern, 8-5, (8-1). From the B1G Championship and booking travel to Pasadena... to the San Diego County Credit Union Holiday Bowl against Utah. This feels like it worked out appropriately.

4. Penn State, 9-3 (6-3). I spent a week in Lithuania for work and all it did was confirm my HATRED for the way Europeans serve water. How do these people survive by NEVER drinking water? Why do I have to shell out 3 euros for a bottle of lukewarm still water every time I go to a restaurant or bar? Utter nonsense.

5. Michigan State, 7-5, (5-4). And I'm not sure if this is Euro or specific to Lithuania, but the napkin situation there was ABYSMAL. Every place deals in paper thin cocktail napkins. You just ate a plate of fried bread and a pound of melted cheese? Big deal. Cocktail napkin or bust.

But they have universal healthcare and like to party, so I guess this is a minor price to pay. 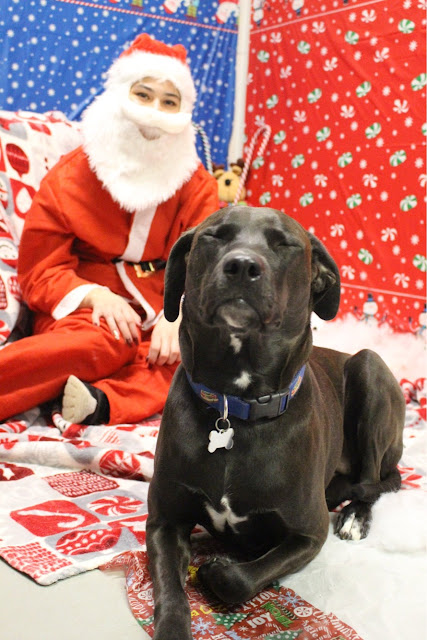 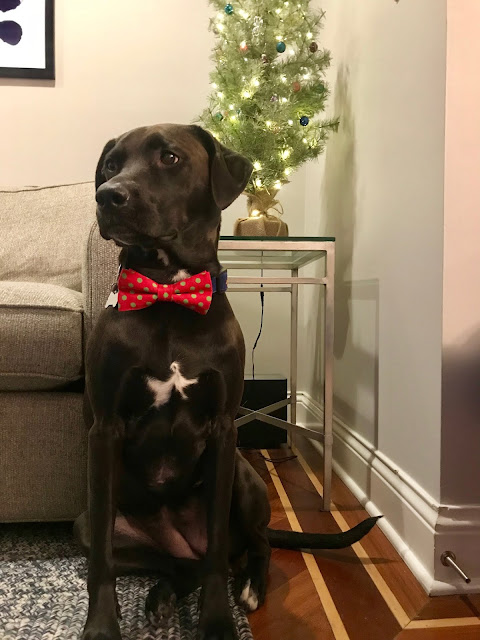 8. Wisconsin, 7-5 (5-4). A no doubt sign of getting old: being legitimately excited about getting a new chef's knife for Christmas. I can't WAIT to start slicing and dicing with that blade. Gonna blast the Game of Thrones theme while carving rib roasts and dicing onions.

9. Purdue, 6-6 (5-4). Speaking of Thrones, HBO is running a little holiday marathon and good lord I cannot resist. The march to April is dark and full of terrors. And the North remembers.

10. Indiana, 5-7 (2-7). NEW THEORY ALERT: the Iron Throne has only ever existed since Aegon the Conqueror forged it from the fire of Balerion the Dread (nerd city population me). Well what if DANY THE CONQUERESS forges a NEW throne from the fire of Drogon the DESTROYER? The show is called Game of THRONES... therefore my new prediction is that Dany creates a new throne and Jon ends up sitting on it when Dany sacrifices herself for the realm. Hell, it may even be somewhere else other than King's Landing. QUEEN'S LOOKOUT!

Gods yes I'm into this one quite a bit.

11. Nebraska, 4-8, (3-6). Oh and I got Game of Thrones Catan for Christmas and it's clear that my life will lack purpose and direction once this show is over.

14. Rutgers, 1-11 (0-9). And I hope your New Year's planning has been better than texts back and forth saying 'ugh I don't know New Year's is the worst'. Because yeah, New Year's is way too overhyped. Everyone just wants to get drunk and have some fun. Not sure why we try to make it into extravagant perfection every year.

And rematch with Miami

I HATE package thieves, and therefore I admire and love this man's commitment to punking them. I'm still pulling glitter out of my hair after wrapping one present in paper that had glitter on it. I can't imagine how awful this would be to clean up.

This video is 5 seconds long and it is exactly as long as it needs to be.

I made the mistake of watching this with the volume up while my dog was lounging nearby and now she's losing her mind looking for the barking dog in my living room. Also, dogs are so easily fooled by magic tricks and it never stops being fun. 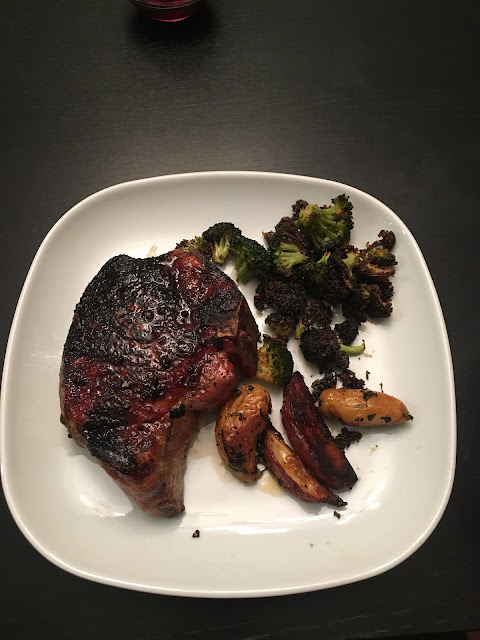 That is one MEATY pork chop. I brought one in for lunch at work and everyone kept asking me where I got the steak from. I'm taking that as a compliment. 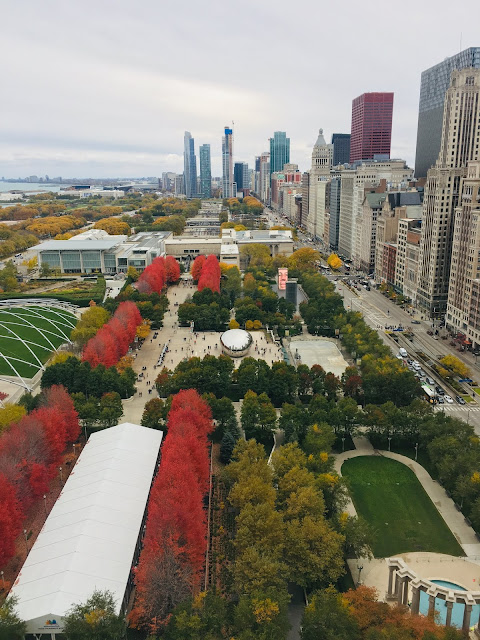 Millennium Park in the fall... so pretty. I'm also convinced we still have not transitioned into winter. Where is my damn snow?

NEW PLAN: beat Miami in a bowl game to generate momentum for next season. There are no flaws in this plan. Virtual guarantee that if we look good, our QB plays well, and we walk out with a dub, we'll roll into next year a top 10 team on our way to Playoff consideration. THE PICK:


ON WISCONSIN
Posted by Schwa at 5:41 PM