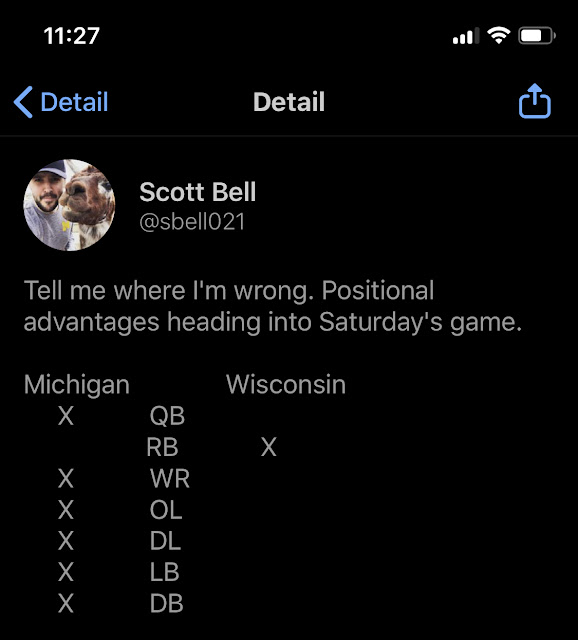 The good news is that in the year 2019 Third Eye Blind still puts on a killer show and is still pumping out new tunes. They very easily could've faded over the last 10 years, but they draw well and clearly need more money for expensive drug habits. I admire their perseverance and will always tap a couple of toes when they roll up on Spotify.

1. Ohio State, 3-0 (1-0). I'm slightly saddened to announce that I'm prepared to cut the cord. My cable bill is OUTRAGEOUS and I've been impressed with YouTube TV. The main downside as far as I can tell is the delay vs. live TV. This will obviously impact my instantaneous useless live-tweeting that no one will miss, but it's a sacrifice that must be made. Can't wait to buy up all the streaming services and be back to $200 a month on TV.

2. Wisconsin, 2-0 (0-0). What is it with the UW Athletic Department and these stupid 'surprises' they love hyping? 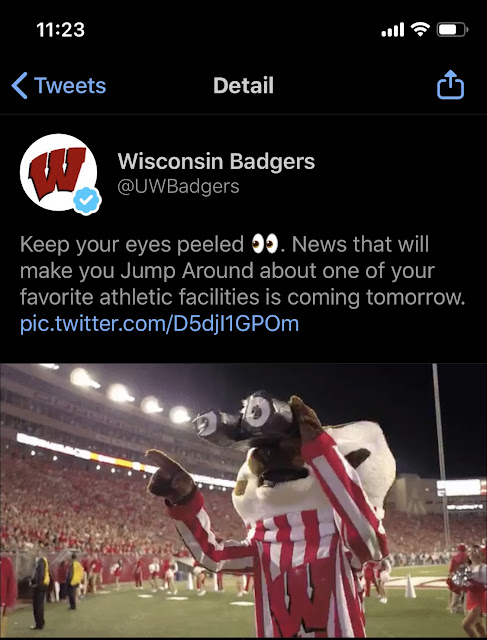 Predictably, people assumed something COOL was happening. Beer sales at Camp Randall? Old Fashioned cheese curds in the concession stands? New sportsbook in the concourse that lets you bet on the student section race (paycheck on O Saturday)?

Nah, why announce something awesome when you can do this:

LETDOWN CITY. I hereby demand the UW Director of Surprises resigns effective immediately. This isn't the first time they pulled this nonsense, and I want a beer with Old Fashioned cheese curds and a ticket parlaying UW -3.5 & O winning the race in my hands while I'm sitting in the stands.

I give this surprise announcement a .3/10.

3. Iowa, 3-0, (1-0). They may have beaten Iowa State, but the Cyclones win for the awesomeness of the kid with a Gameday sign asking for beer money that has since turned into a $200,000+ donation to the Iowa Children's hospital. Proof that drinking and football are solving world problems once Venmo payment at a time.

4. Penn State, 3-0 (0-0). I'm still processing my thoughts on New York, but I will say this: the whole garbage on the sidewalks thing is not nearly as bothersome as I expected it to be. I commend New Yorkers on using solid garbage bags and diligently tying off the bags so poopy diapers aren't dripping onto the ground in front of every bistro in Greenwich Village.

PS - HOWEVER, in a hungover state of weakness the fumes from some bags were forcing me to question my existence. On second thought, knock the whole city down and build alleys like a normal society.

5. Michigan, 2-0 (0-0). If we win and I don't get blocked by Scott Bell then I want every single person here to take a big note of how mature I've become.

6. Michigan State, 2-1, (0-0). Back to New York for a second: one of my highlights was seeing a couple of dudes chilling in Central Park with 6 giant goldendoodles: 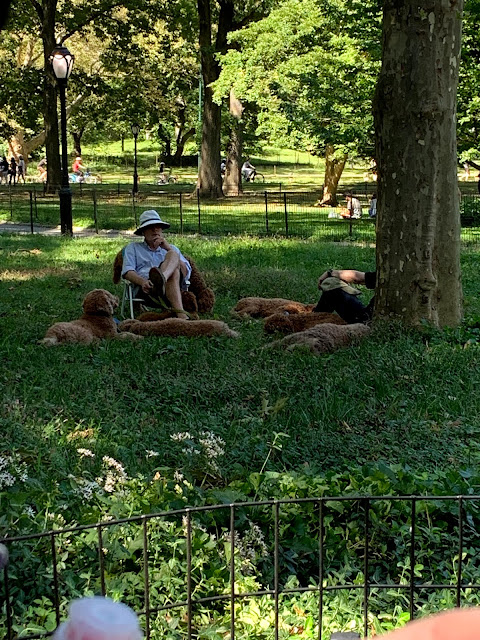 If he's a breeder, I have some questions. If he's NOT a breeder, I have TWICE as many questions. Most of my questions are variations of asking what I have to do with my life to spend my Sunday afternoons sitting in the shade with a pack of hounds peacefully lounging around me. I've redefined living the dream about a thousand times in my life, and this is simply the most recent case.

7. Minnesota, 3-0, (0-0). Thursday's highlight was realizing that if you try simulating Minnesota going undefeated on 538's college football prediction simulator, it gives you an error message. As someone who works in software development, that is A+ error handling.

8. Nebraska, 2-1, (0-0). When is a big journalist going to write about how fascinating it is for Nebraska to have two dual-threat quarterbacks named 'Martinez' in the last decade? Let's safely assume I just missed that by now. 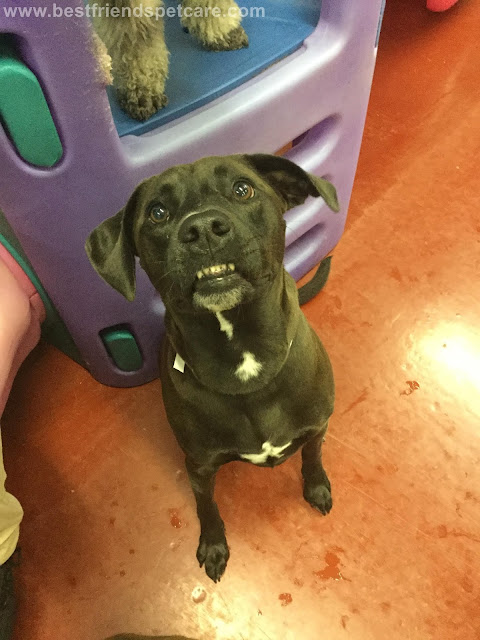 Looks like a hostage being forced to say she's being treated well by her kidnappers.

14. Rutgers, 1-1 (0-1). I've been searching for a club soccer team to call my own and I think Forward Madison is the most logical choice that's ever existed. Basically I'm justifying the absolute FIRE emanating from the jersey I bought on a whim: 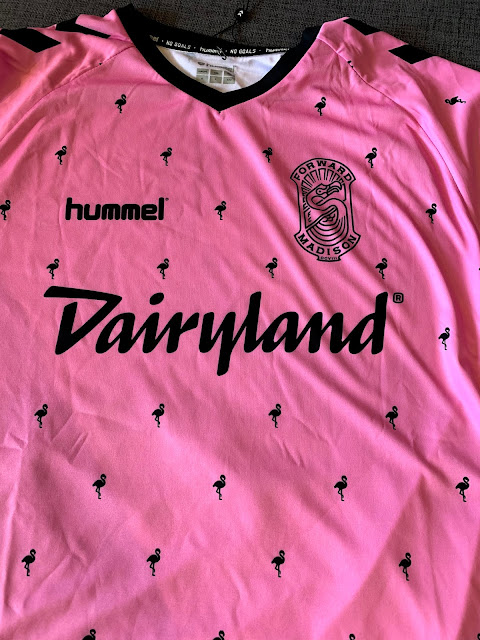 Little step up from Central

Should be same result

Let's first acknowledge the undeniable cuteness and the move on to how terrified I am of someone sneakily recording me eating. I eat like a SAVAGE. Utter disregard for my appearance. Handsy, no shame in a finger lick or three, treating every meal like I'm on death row. It's not pretty. I admire this chonker's ability to own his shame and wear it like armor.


You ever think that if you were teleported back in time like 500 years that you could just help them invent everything because you come from the future where we are geniuses? Yeah right. You could give me 50 decades to try and re-invent the MRI machine and I would end up arrested for being a fake witch. I think my biggest contribution to earlier civilizations would be trying to figure out how to make soap and then explaining to bronze age doctors that if they wash their hands they'll save twice as many lives. That's my plan if I HAVE to go back in time and re-invent science. SOAP!

PS - I guess if you go back far enough you can show them what's up with the wheel and have every cave woman from the corners of Pangea knocking on your cavedoor. That's about as advanced a contribution I'd feel comfortable re-inventing. 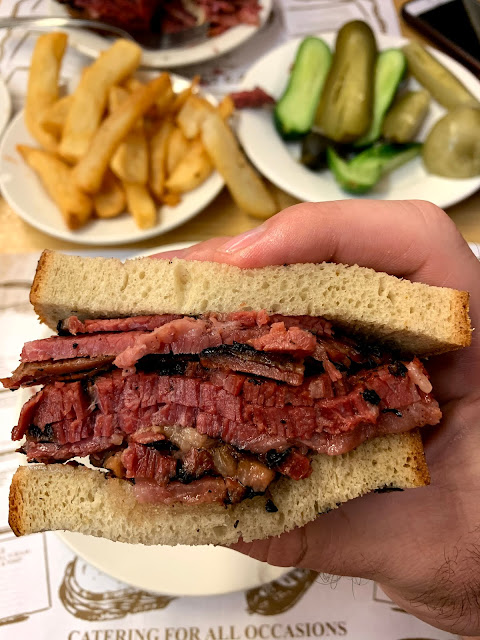 The pastrami at Katz's Deli one hundo p lives up to the hype. Zero doubt. It's perfect pastrami and even though they won't toast the bread and the fries are nothing more than adequate, the pastrami is worth the price of admission. 9/10 would eat multiple times again. 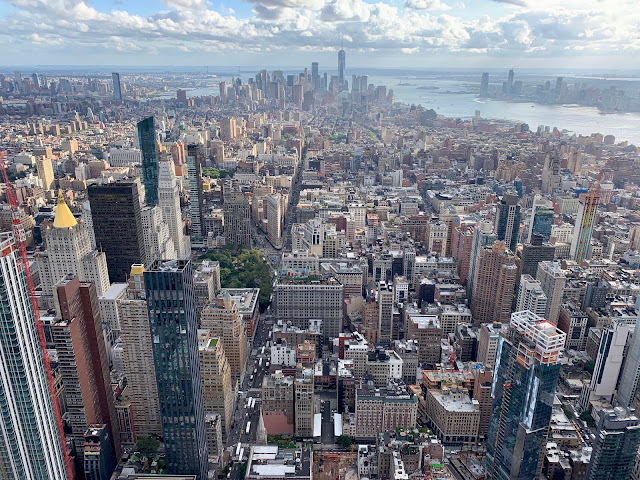 There's something to be said about embracing your inner tourist when traveling. Going up the Empire State Building is as touristy as it gets in New York, but I LOVED it. Made me realize it's kinda weird I've only been up the Hancock once and never up to the top of the Sears Tower. I'm a bad local tourist!

Did I mention Scott Bell can find a local butt store and stock up? Let's go. Message sending time. THE PICK:

ON WISCONSIN
Posted by Schwa at 9:48 AM