Never was a big 80s guy myself, but Michael Oakley is NAILING the 80s synth pop vibe. Fudge me, I've been bumping on repeat all week. Join me in this weird temporary Scottish 80s kick.

1. Ohio State, 4-0 (1-0). The circle around the UW/OSU game is getting bigger and bolder as time goes on. We gonna have to dance the dance that day.

That looks awesome and I give everyone involved the proper credit for planning and executing. Even you, you young people students that everyone rips on for being late but they conveniently forget they were also young drunk and stupid at some time.

3. Iowa, 3-0, (1-0). Screw Iowa for a second, let's stick with Wisconsin: who is this Paul Chryst and what did he do to punt-on-the-opponent's-36-yard-line Paul Chryst? I LOVE this Paul Chryst! Out with Relationship Paul Chryst, in with INDEPENDENT PAUL CHRYST! A Paul Chryst, divided against himself, cannot stand. I am glad we got the good one this year. We should never punt again, it's for suckers.

4. Penn State, 3-0 (0-0). OVERRATED: BBQ sauce. Sucks. Basically ketchup with sugar and a dash of crap. Why would anyone want that over any other available sauce? Buffalo chicken > BBQ chicken. Dry rub ribs > sauced ribs. However...

5. Michigan State, 3-1, (1-0). UNDERRATED: SPICY BBQ sauce. That's right. Normal BBQ sauce is butt. Habanero BBQ sauce is the blessing mac and cheese deserves. I was at a BBQ joint earlier this week that had some concoction they called DEVIL BBQ sauce and allow me to tell you how good brisket and burnt ends are with a BBQ sauce that will get you sweating. QUE LINDO ERES TU MI SAUCEO CALIENTE. 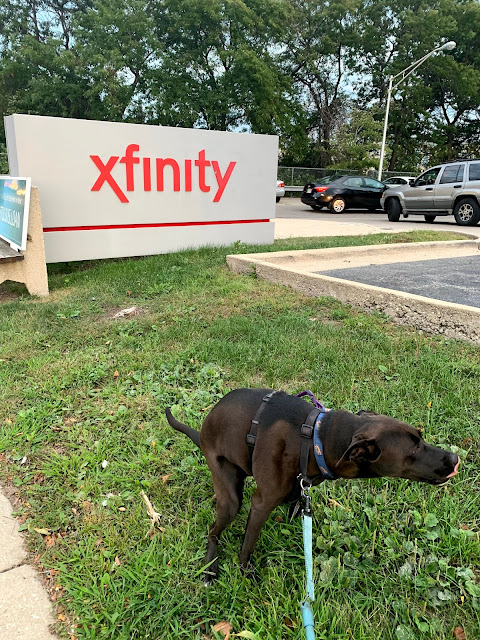 That's my good girl. We poop all over Comcast in this house.

7. Nebraska, 3-1, (1-0). I have a co-worker from Europe in town and he told us he was going to Lincoln, Nebraska for a weekend trip. Not for a football game or anything - just to visit a new area of America.

How have I failed his so badly.

8. Maryland, 2-1 (0-0). With the weather turning, this is your annual reminder to eat and drink whatever the damn hell you want regardless of the temperature. You do NOT have to switch to hot lattes skim milk extra shot just because the temperature has dropped below 50. You can eat french onion soup in August. Ice cream does not taste worse in December. You do you, and don't let anyone ever food temperature shame you. I drank a ginormous iced latte walking down the street when it was negative 50 out last year and it tasted as good then as it does now.


A+ cinematography. That's the intersection of delicious content, expert camerawork, and Michigan sadness. I want to buy all the land at that intersection and scatter my ashes there when I die.

PS - let's not ignore the local news nailing it by not even attempting to get his name: 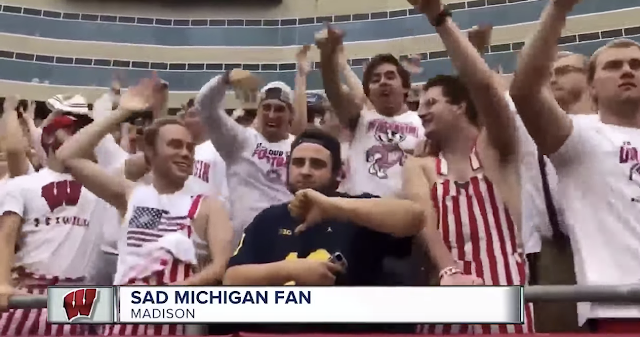 Even other Michigan fans will call this guy Sad Michigan Fan forever. His friends will. His parents will. Every person that learns of this video that knows him (which is probably everyone by now) will change his name to Sad Michigan Fan in their phones and update his contact pic to be that right there. Life: Ruined. Michigan Fan: Sad.

10. Indiana, 3-1 (0-1). I'm having dinner at a restaurant I've never been to tonight, so obviously I've spent a material amount of time doing my homework. It's not a good sign when the restaurant's website is down, and half of the Yelp photos are of the health inspection results confirming there are no active roach/insect infestations. I think I'll have soup.

Where does UW get off letting N win the race in the first big game of the year? Such arrogance. That was an O winner if there's ever been one.

13. Illinois, 2-2 (0-1). I don't understand the physics of how picking up dog poop with a plastic bag can result in some poop actually touching your finger, but let me tell you how fun that is before 8 am on your way to work. 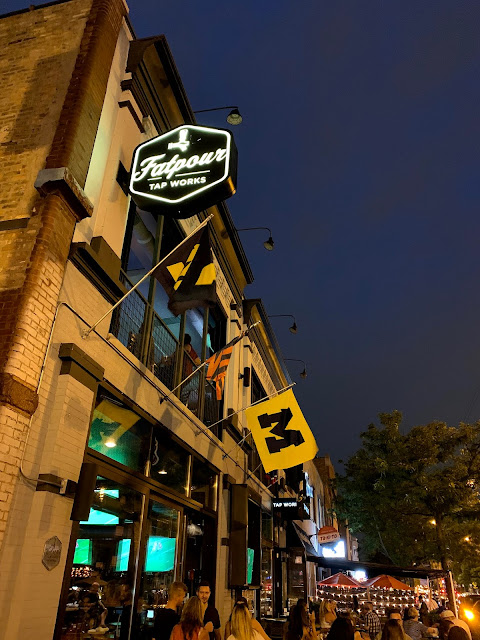 I mean, I'm not really upset because Fatpour is about as generic of a sports bar as you get. But I find it funny how quickly bars can change their super important sports team allegiances if they think it'll help their bottom lines. I don't blame them. Good luck with people who probably write 'Go to UM' on the tip line of their receipts. 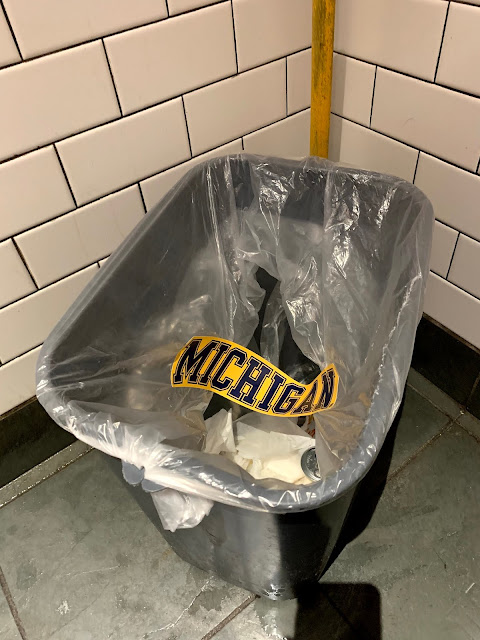 Got me feeling prettay good

Always remember the 21st of September. Apparently this guy does a video every year, and it does appear they get better and better as the years go by:


Sometimes the dumber the video, the better it is.

How the hell do you sneak an electric guitar into a stadium for a concert? We basically have airport security everywhere these days. All bags have to be 7 cubic inches and transparent. Tripods are forbidden. But this person hid a fucking stratocaster up their butt and convinced the people in front of them to pass it up to John Mayer while he's in the middle of a deep shred fest in the last song of his set... and he just plugs it in and continues on a shreddin' like nothing happened. Masterful. 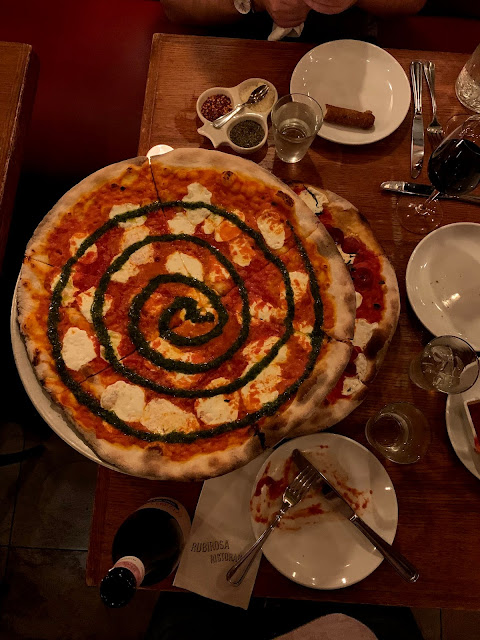 That's pesto and the pizza is from Rubirosa. A+ pizza, worth the wait. Bonus curled up pepperoni shot: 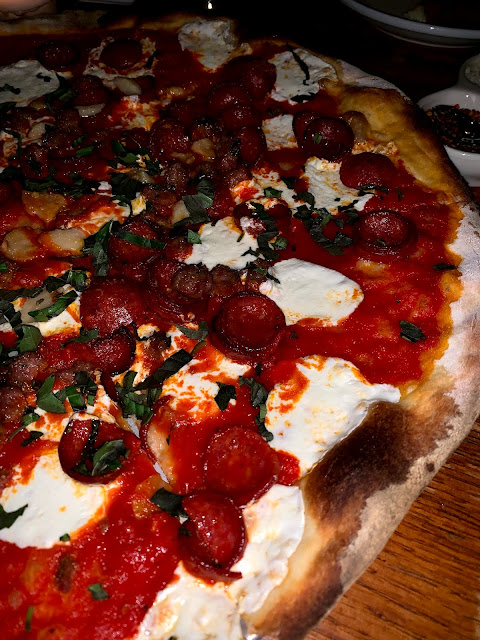 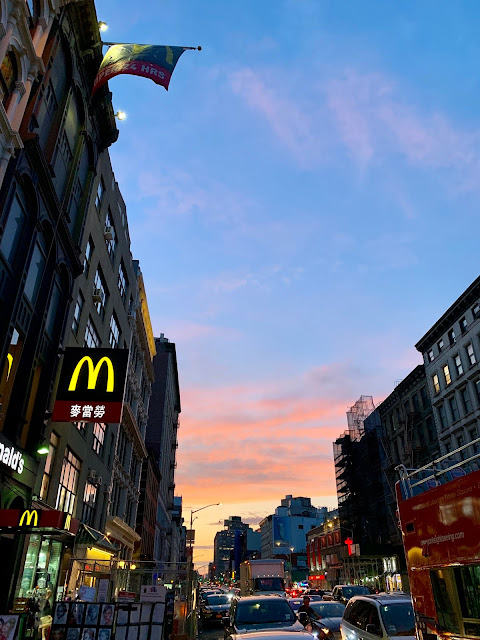 Beautiful little sunset in Chinatown, New York. If you go, eat at Joe's Shanghai and get all the soup dumplings. You will not be disappointed.

This is not the year the nerds have their revenge. THE PICK:

ON WISCONSIN
Posted by Schwa at 11:47 AM