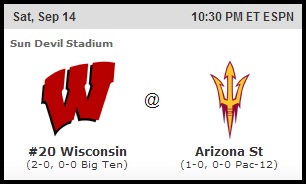 DAWG, LET'S GO INSIDE THE MIND OF A SUN DEVIL 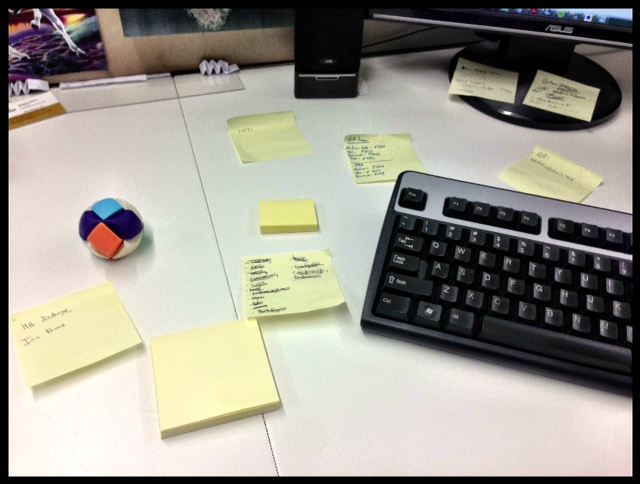 10) Steal a Terrace chair from the Memorial Union 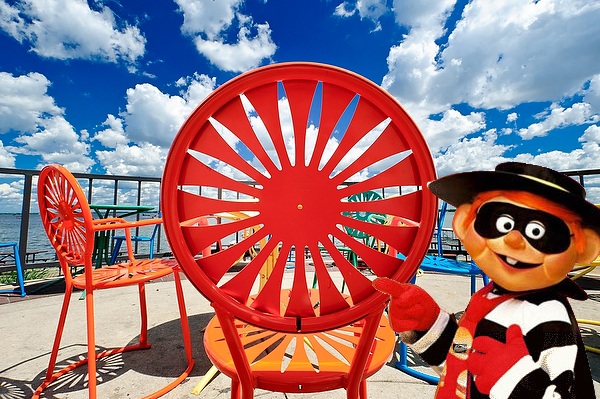 I'll get it out of the way right off the bat: I've never done this. Maybe I'm too much of a coward, but I've never even come close to stealing one of the chairs. I never think it's a big deal until I go to someone's house that has a few of them and I fill myself with mad jealousy. I mean, it can't be THAT hard, right? They probably wouldn't have as much of a problem with it if they didn't charge $9,000 to buy the chairs all legal-style. I'll call not swindling a chair from the Terrace a minor regret of mine from my time in Madison, but I suppose there are still endless visits as an alum... hmmm....

PS - Do you have a good story about snatching a chair? Get busted? Know someone who got busted? Ever try to steal the BIG chair? Let me know.

A year ago, Kelly completed 67% of his passes, throwing for 29 touchdowns and 9 interceptions. I was gonna say those are good numbers for a sophomore, but those are good numbers for just about anyone. So that's kind of scary considering Wisconsin has one player in the secondary with some real experience. In ASU's season opener, Kelly cruised to 5 touchdowns and 300 yards as the Sun Devils blanked Sacramento State 55-0. Yikes.

But it's not hopeless for UW. Kelly was sacked 31 times in 13 games a season ago, which sounds like a lot but maybe it's actually not that bad. Either way, I fully expect Borland and the rest of the front 7 to be attacking off every edge and through every gap from the first series until the last. Getting pressure on Kelly will be vital for Wisconsin as they clearly will want to take as much pressure of Hilary, Jean and Shelton as possible. Predictions: Borland records 3 TFLs and Shelton gets his second pick.

This isn't a matchup as much as it's a warning: if you're going out to Tempe for the game, you should probably drink a lot of water. And wear chapstick. Otherwise you're going to pass out with dry-ass lips and no one wants to hang out with that person. This is the one part of this preview where I'm OK with my decision not to hop a flight and go to the game. I'll be content with 60 degree thermal weather at Will's Saturday night.

Kings Of Leon (covering Robyn) - Dancing On My Own

You see? Now THIS is how you cover a song. Make it yours without completely twisting the song into something it's not. I've probably unfairly hated on Kings Of Leon just because USE SOMEBODYYYYYYYYYYYYYYYY played way too many times and destroyed my brain, but this is quality work through and through.

Hayley Williams of Paramore fame sings 'Ignorance' with a street performer in France. Immediately you should be able to tell that she a) has pipes, and b) is marriage material. <3 <3 <3

Hayley grabbed a camera from a girl in the front row and did a POV performance of their hit song. Actually, they did that but she forgot to hit record. So they came out and played the ENTIRE thing again. I'm pretty sure at the end of the video you can hear the girl getting her camera back, screaming her face off, and then dying out of pure ecstasy. BTW, Hayley's got a new look and I'm not thrilled: 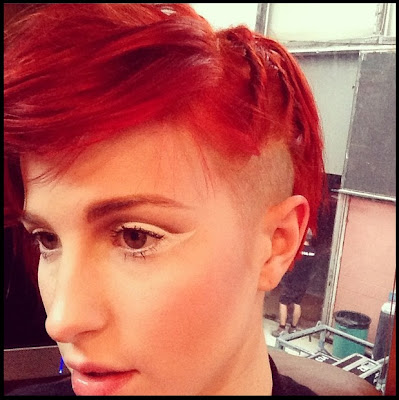 HAYLEY HAS GONE FULL HIPSTER. NO. Also, girls, whatever makeup thing she's doing around the eyes there... just don't. Ugh.

First test of the year

We get to be underdogs

This isn't on YouTube. And it's not a funny video. But 9/11 is a day every year that stirs up some emotions in me. So here's the opening of the first SNL episode after 9/11.

PS - No one loves America more than I do: 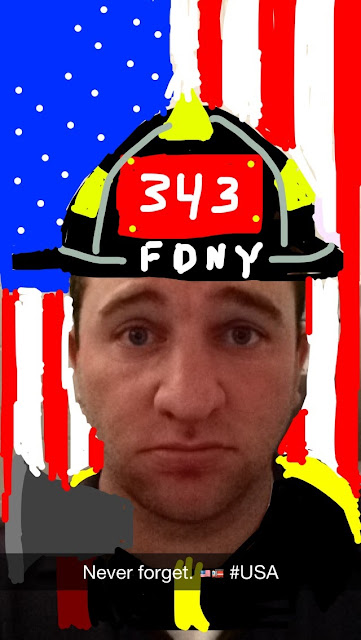 I don't speak Danish, but watching this video I learned two things:

Goddamn this 4-year-old and his natural rhythm.

Literally crying at my desk right now laughing at this Japanese interpretation of American ski-jumping. And then it led me here (skip to 1:15):

And from there I was reminded of this:

...and it's clear at this point that Japan has won YouTube. 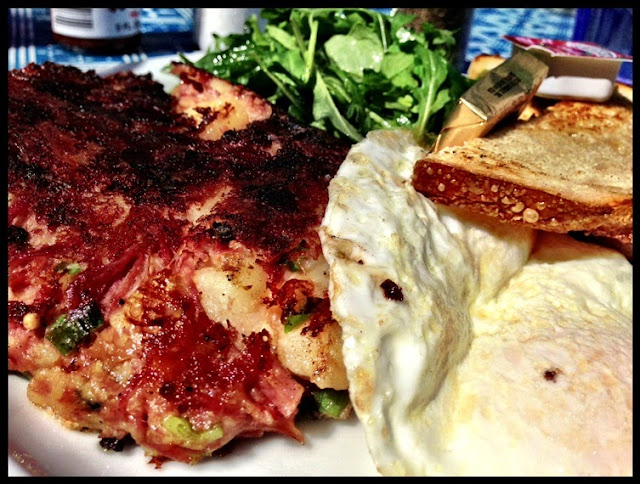 Corned beef hash from Pier 23 in San Francisco. I can't remember the last time I made it to a restaurant in time for their brunch menu, so I didn't really have much of a choice. Stuck between a few different items, I asked the waitress which one I should get. Before I could even finish saying 'corned' she was all, 'YES YES GET THAT IT'S INCREDIBLE'. She was right. By the way, I will ALWAYS ask a waitress/waiter what they DON'T like on the menu before taking their advice. If they give you one of those, 'well, I think EVERYTHING is good!' answers, you need to disregard their opinion immediately and order a burger. I DEMAND HONEST SELF-ASSESSMENT

PS - The main strip there in San Francisco (never call it San Fran, that makes you a TOURIST) is called the Embarcadero, which I spent the entire weekend singing to the tune of the Canyonero: 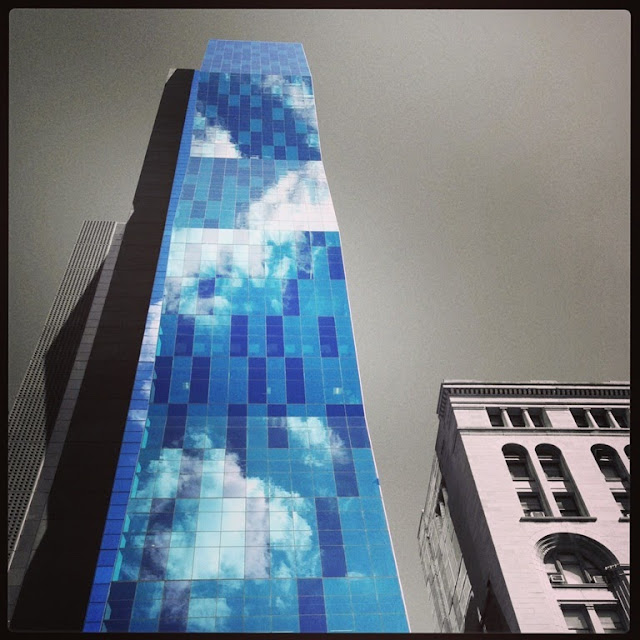 The Roosevelt University Building is one of the sneaky-cool buildings in Chicago. Every time I walk by it I think, 'you know what? That building deserves more LOVE'. So here's me giving it some love. Perfect blue sky in Chicago today.

Here's another link to my Instagram profile, because I say so. 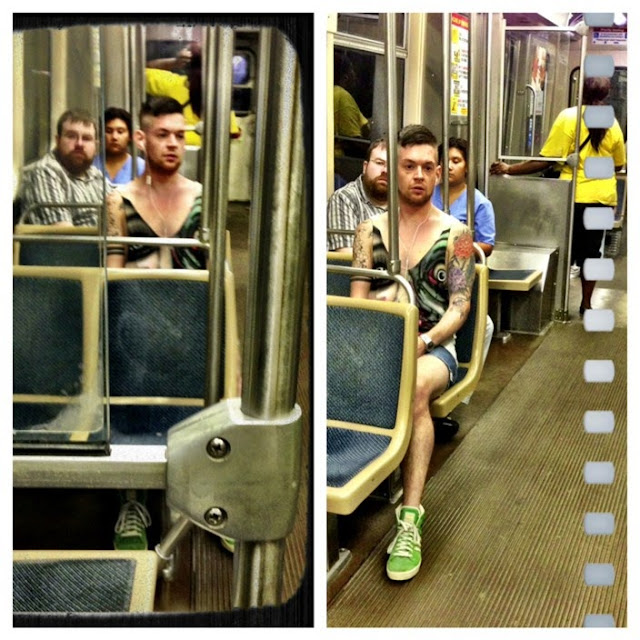 LOOK AT THIS FUCKING HIPSTER. Immediately you notice the classic Hipster Cut: quadrants 1 and 3 are buzzed in tight, while quadrant 4 is swooped over towards quadrant 1. CLASSIC HIPSTER SWOOSH. Our friendly Red Lining hipster rounds out his look with shorty-short cut-off jean shorts, egregious flower shoulder tatts, and some deep v-neck/tank top combo that almost looks like it has spaghetti straps. I'm a big fan of the 'animal eyes where your nipples hang out' look for ANY shirt, let alone a hipster Deep-V Tank. Only confusing aspect here? Standard-issue Apple earbuds. Why don't you go shopping at Macy's and eat a hamburger at the local McDonald's while you're at it, mainstreamster? I bet he skipped right past Tame Impala's album and put on Robin Thicke. REPULSIVE.

What we've got here is essentially Seinfeld's dick and brain playing chess against each other, except it's my brain and my heart. You know me - nothing would make me happier than a huge Badger victory on the road against a quality opponent. But my brainpiece keeps reminding me that ASU is good, it's going to be a late kickoff, 1,000 degrees, in a hostile stadium, and we still haven't seen Stave really win a big game on the road. And that's a key right there - I'm not sure we can bank on the run game to take us to victory. Scoring 21+ is a MUST in winning this game, and unfortunately I'm not 100% convinced our offense is capable of that against a quality defense like Arizona State's. And do any of you have confidence that we can hit a big field goal late with the game on the line? Forget that - how about just hitting a field goal PERIOD? Ugh.

Before the season I said this was a coin-flip - I'm not sure what's changed, but now I see it 55/45 that we come home empty handed. Boy do I want to be wrong about this one. THE PICK:

ON WISCONSIN
Posted by Schwa at 7:20 PM