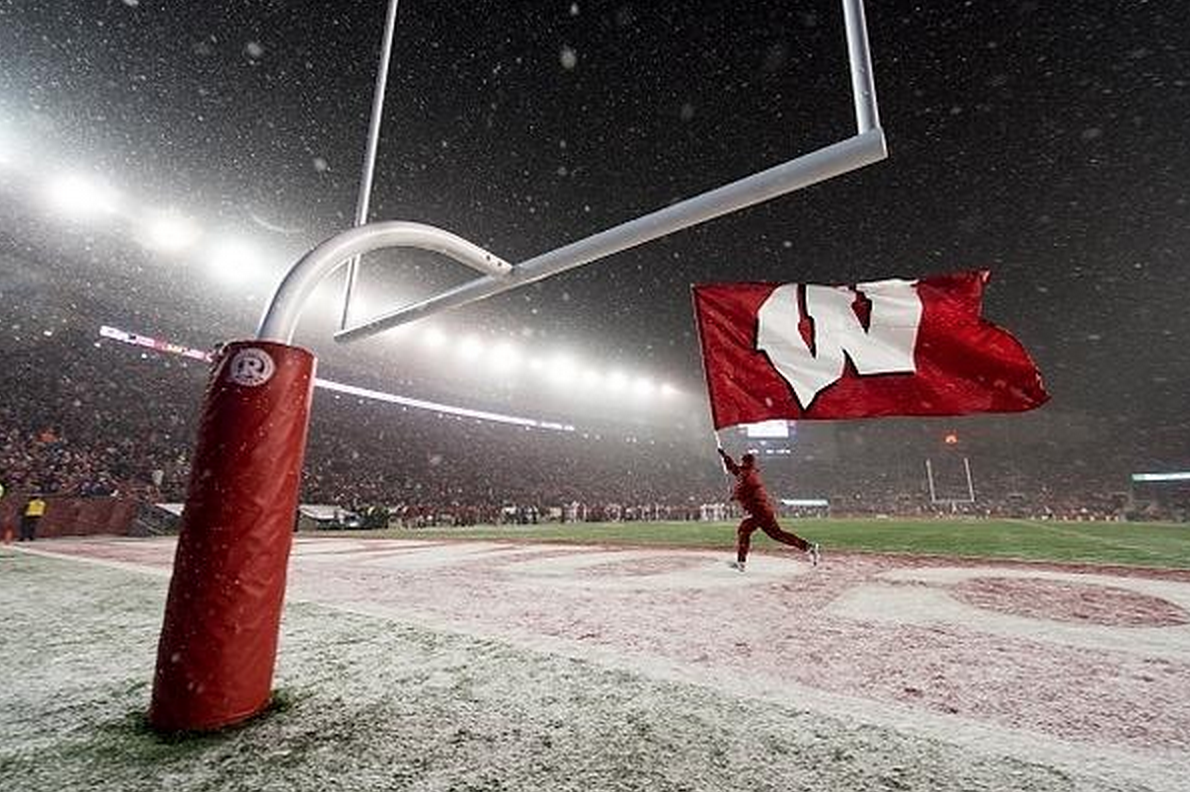 This picture is amazing.

Well. Can't say I was expecting that to happen. Seriously, just look at this line:

That's absurd. On so many levels. That entire game was. 4 fumbles - 3 of them lost - in the first 20 minutes? Down 17-3? Rattling off 56 straight points against what was considered a good defense in a huge game with B1G title implications?

Hard to process. On the flip side, it's much easier to process how utterly dominant we are against Nebraska since they joined the B1G. The 3 wins have been absolute boneshows, and the one loss was in Lincoln and yeah we don't need to revisit how stupid that game was. But I love it all. Nebraska came into the B1G thinking they were just gonna push everyone around and plant their flag. LOL. That worked out real well.

The march to Indy continues.*


*Already dreading #conflictcity. UW/Marquette in Milwaukee that morning, B1G Championship Game in Indy that night, and sitting on tickets for Walk The Moon in Chicago that night as well. #firstworldproblems, coming in HOT.


CHICAGO BADGERS: 2:30 GAME 2:30 GAME 2:30 GAME 2:30 GAME OH YEAHHHHH. THERE IS NOTHING BETTER. Well, there are several things better. Like night games and chocolate milk. But still! 2:30 GAME! Wasn't last week fun? I think it was a blast! Everyone was over their hangovers and having fun and we shook it off after the game like there was no shakemorrow. Let's do that all again!

IT'S THAT TIME OF THE YEAR: I've been thoroughly enjoying my co-workers discovering the #blondestache. Only at certain angles in certain lighting can you really tell what this abomination looks like. I HATE IT. Toothpaste gets stuck in it. It itches. It makes me look like someone you wouldn't let near your children, even though I am well above average at hanging with kids. I think it's because I easily get on their level. LEGOS? FUCK YEAH I CAN BUILD A BETTER CASTLE THAN YOU. Wrestling time? LOL, good luck, I'm gonna crush you. So, yeah, I'm in misery and you should donate to make it all worthwhile. 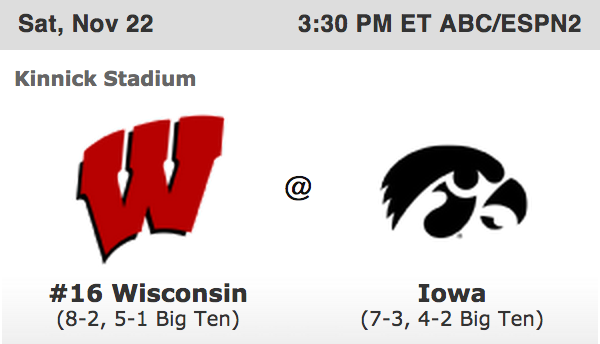 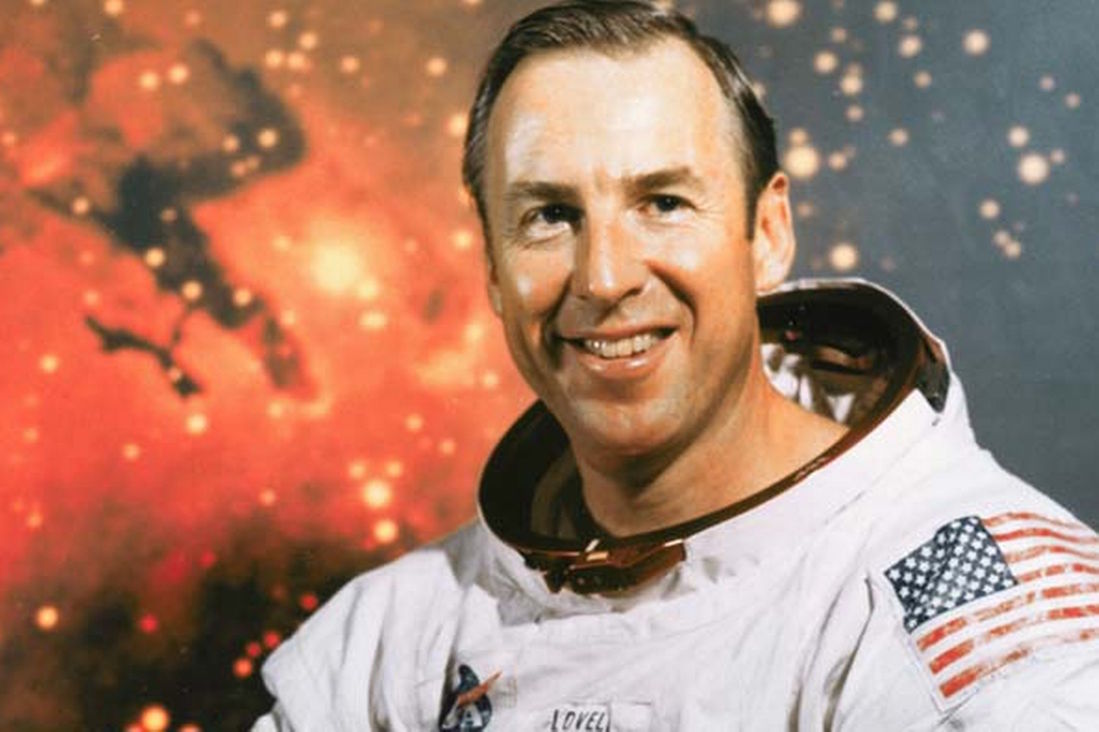 JAMES Q. LOVELL, Commander of Apollo 13, Master Chief of Staying Cool Under Pressure. Apollo 13 is one of my favorite movies. I see that shit on HBO or AMC and I EAT. IT. UP. I had no idea that Lovell went to Wisconsin. Purdue has a fucking MONOPOLY on astronauts, but I'm sorry, they missed the boat on Lovell.

So what can we learn about Lovell and Apollo 13?


Lovell's first impression on being approached about the film was that Kevin Costner would be a good choice to portray him, given the physical resemblance, but Tom Hanks was cast in the role. In order to prepare, Hanks visited Lovell and his wife at their house in Texas and even went for a ride with Lovell in his private airplane.

I def see where Lovell is coming from here. When they make a movie about me, I think they should cast someone super handsome and suave and not Tom Hanks. Big time letdown to be a hot lookin' astronaut expecting Kevin Costner to play you and end up with Forrest, Forrest Gump.

I wonder what it's like to have a private airplane after being an astronaut. Lovell basically had a private SPACESHIP and then had to DOWNGRADE to a private plane. Huge bummer.

More from the movie:


In the film, Lovell has a cameo as the captain of the USS Iwo Jima, the naval vessel that led the operation to recover the Apollo 13 astronauts after their successful splashdown. Lovell can be seen as the naval officer shaking Hanks' hand, as Hanks speaks in voice-over, in the scene in which the astronauts come aboard the Iwo Jima. Filmmakers initially offered to make Lovell's character an admiral aboard the ship (presumably Rear Admiral Donald C. Davis, Commander Task Force 130 (CTF 130), who was the senior officer aboard and welcomed them home). However, Lovell stated "I retired as a Captain and a Captain I will be", and thus he was cast as the ship's skipper, Captain Leland E. Kirkemo

'MERICA. That quote is so money. I wanna have a bajillion beers with Jimmy Lovell in a bar where Tom Hanks is bartending. That sounds like the BEST of nights. Tommy Skillings is not invited because we're still in a fight.


In 1999, Lovell, along with his family, opened "Lovell's of Lake Forest", a fine dining restaurant in Lake Forest, Illinois. The restaurant displays many artifacts from Lovell's time with NASA, as well as from the filming of Apollo 13. Lovell's son James "Jay" Lovell III is the executive chef. Lovell sold the restaurant to Jay and his wife Darice in 2006. Rumors began circulating in the fall of 2013 that the restaurant would be sold; the Lovell family confirmed that the restaurant and surrounding property was on the market in February 2014.

I know what you're thinking and trust me, I'm thinking it too: 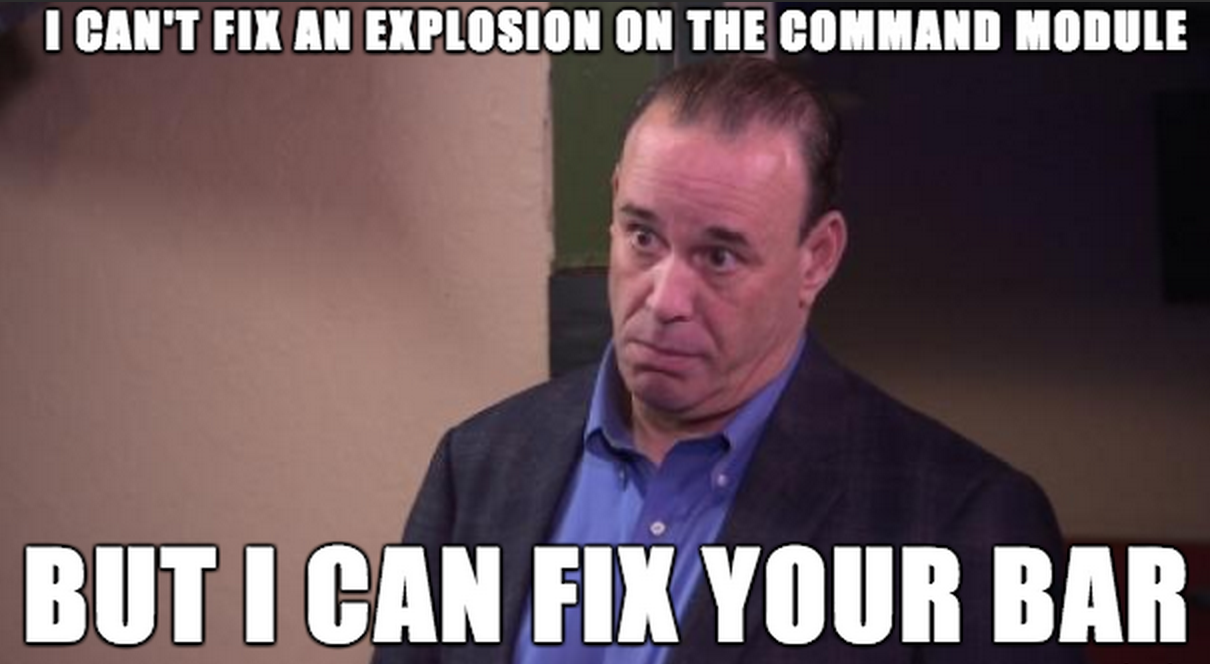 
Without looking, I'm guessing Braxton's backup was a 4 star recruit that won 7 state championships in high school. That's why I'm not buying all the 'season is OVER' crying about the Buckeyes. This team is still LOADED with talent. They still have scumbag extraordinaire Urban Meyer at the helm. They're going to be really good. 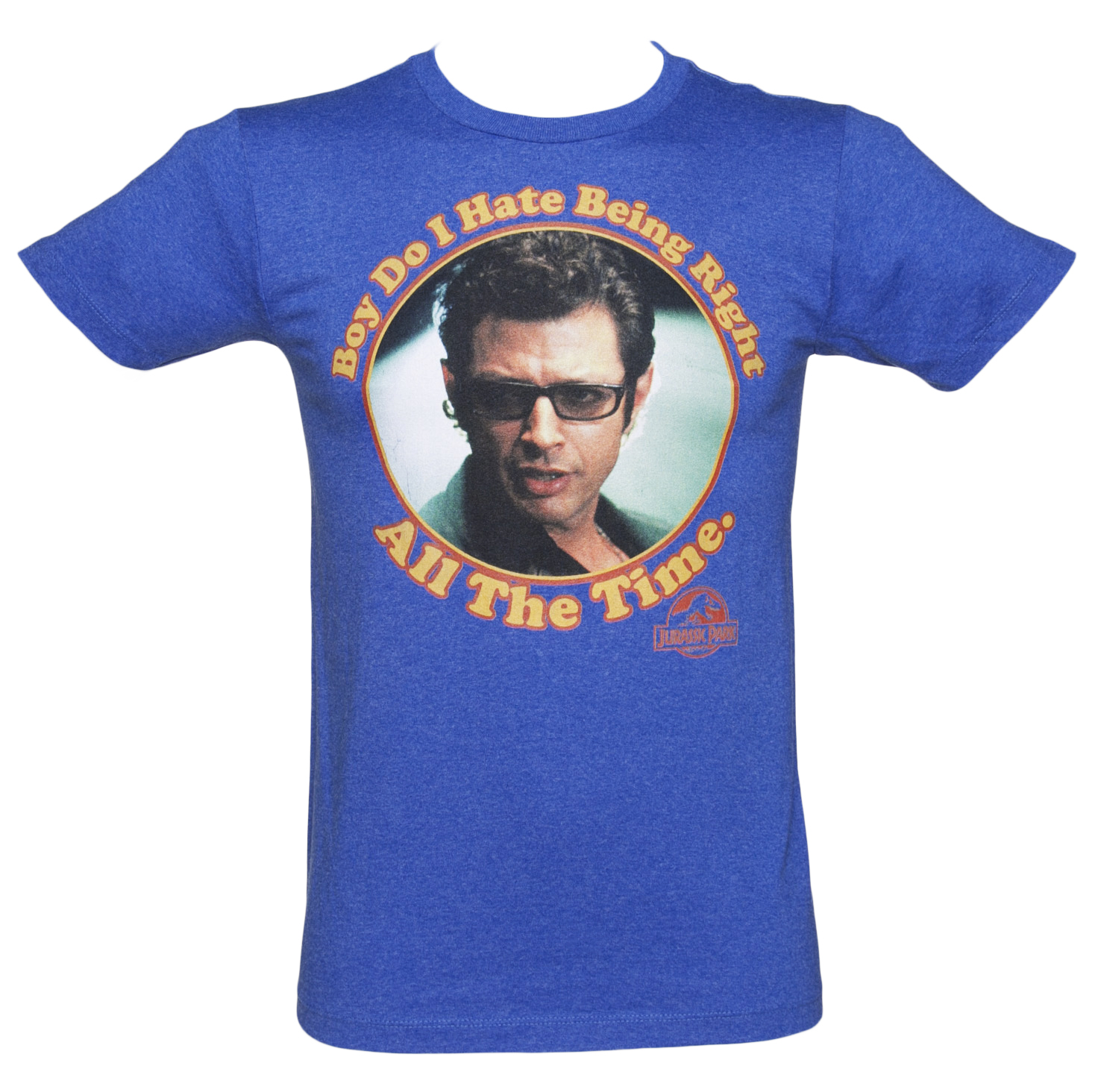 That's obviously an awful shirt, but I LOVE that it's printed on heather royal blue. That's an amazing shirt color. I want that shirt but without the awful design on it.

2) Wisconsin, 8-2 (5-1). "Hey Wisconsin, you just embarrassed Nebraska on national television, WHAT ARE YOU GONNA DO NEXT?" 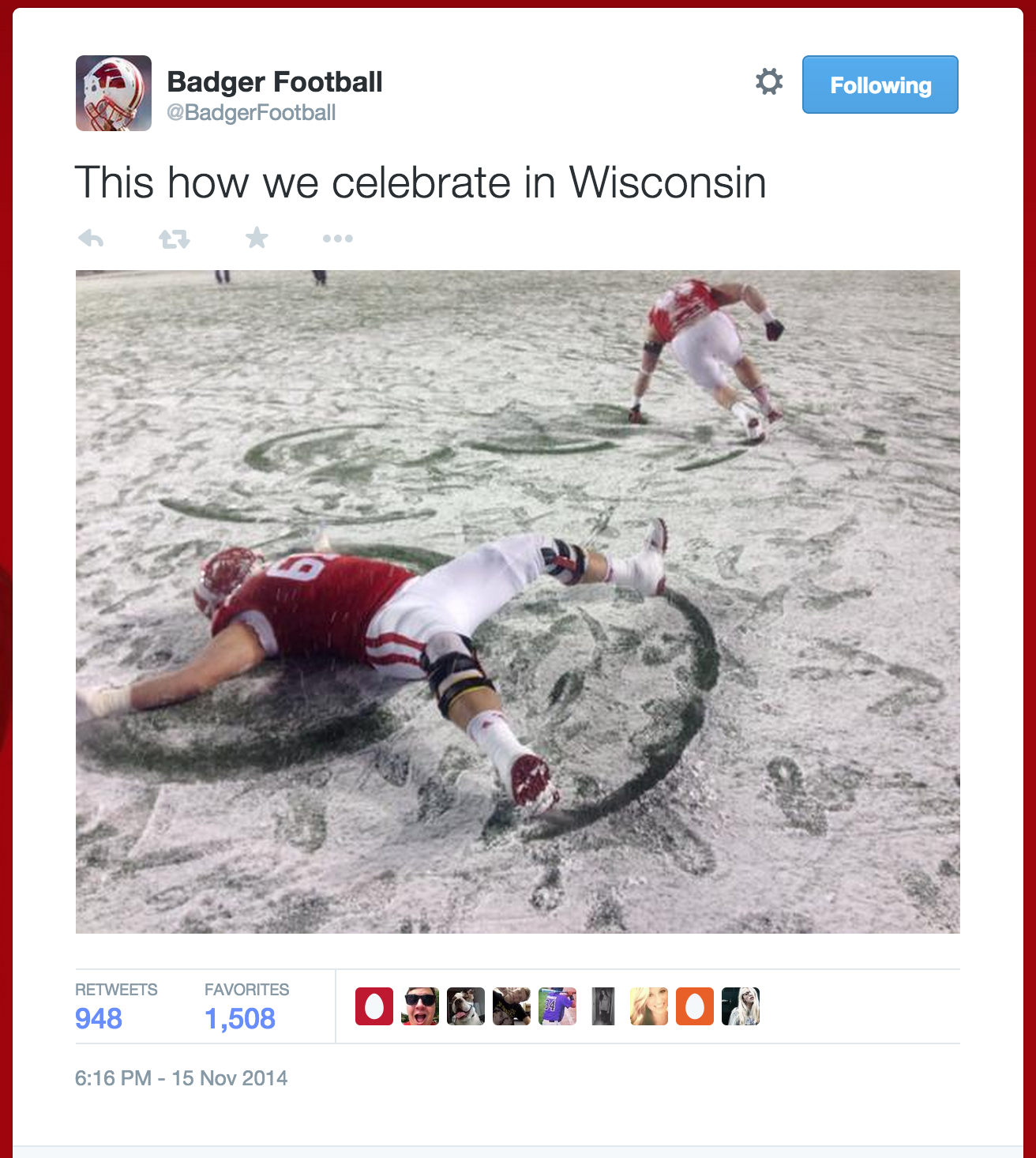 Big fat offensive linemen making snow angels in November is like the most Wisconsin thing possible. Love it.

3) Michigan State, 8-2 (5-1). I had this really good idea yesterday. You know how sometimes you're trying to like watch a video or stream some Netflix but your internet is TERRIBLE and it buffers or just sits there without doing anything? I want to invent a way to save up good internet and unleash it when your internet is terrible. So if you're ever zipping around the net or downloading really fast, you could basically DOWNLOAD INTERNET and open it up on a rainy day when you're trying to stream Game of Thrones on the bus and your LTE is letting you down. What am I missing? I feel like I could revolutionize the internet world if I figure out a way to download internet. I need an INTERNET DOWNLOAD MACHINE. 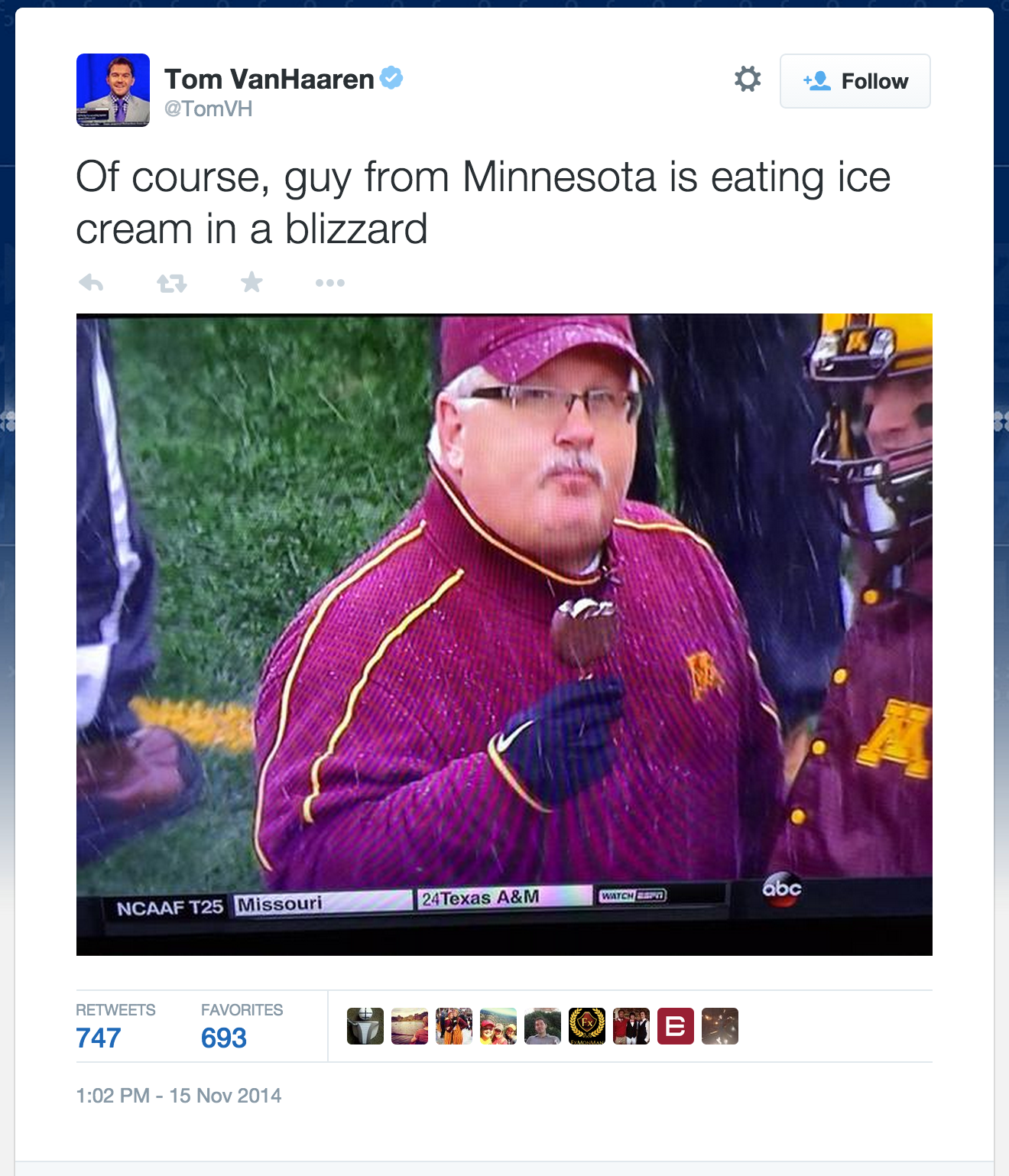 Okay, one comment: I am on Ice Cream in a Blizzard Guy's team here. Just because it's cold out doesn't mean I don't want ice cream sometimes. I eat soup in August and ice cream in January and I don't care what you say. So if Minnie McSota here wants to eat a Dilly bar during a November blizzard I say power to him. And don't you dare get between a guy with a mustache and his Dilly bar. Blood has been spilled over less.

PS - I've never paid money for a Dilly bar in my life. I'm a big fan of Drumsticks, Ice Cream Crunch Bars, Ice Cream Twix Bars, and good old fashioned KLONDIKE BARS. Go ahead. Ask me. Ask me what I'd do for a Klondike Bar I'D FREAKING CUT YOU FOR A KLONDIKE BAR

I don't know, Papa, WHAT ABOUT Jewish hookers?

6) Iowa, 7-3 (4-2). Fun Fact: Melvin Gordon was originally committed to Iowa before seeing the light and changing his commitment to Wisconsin. And you thought Iowa fans were jaded when Jason Bohannon spurned them for Wisconsin.


7) Northwestern, 4-6 (2-4). Eh, I can live with them being happy if it comes at Notre Dame's expense. And our loss doesn't look like the worst thing ever anymore! 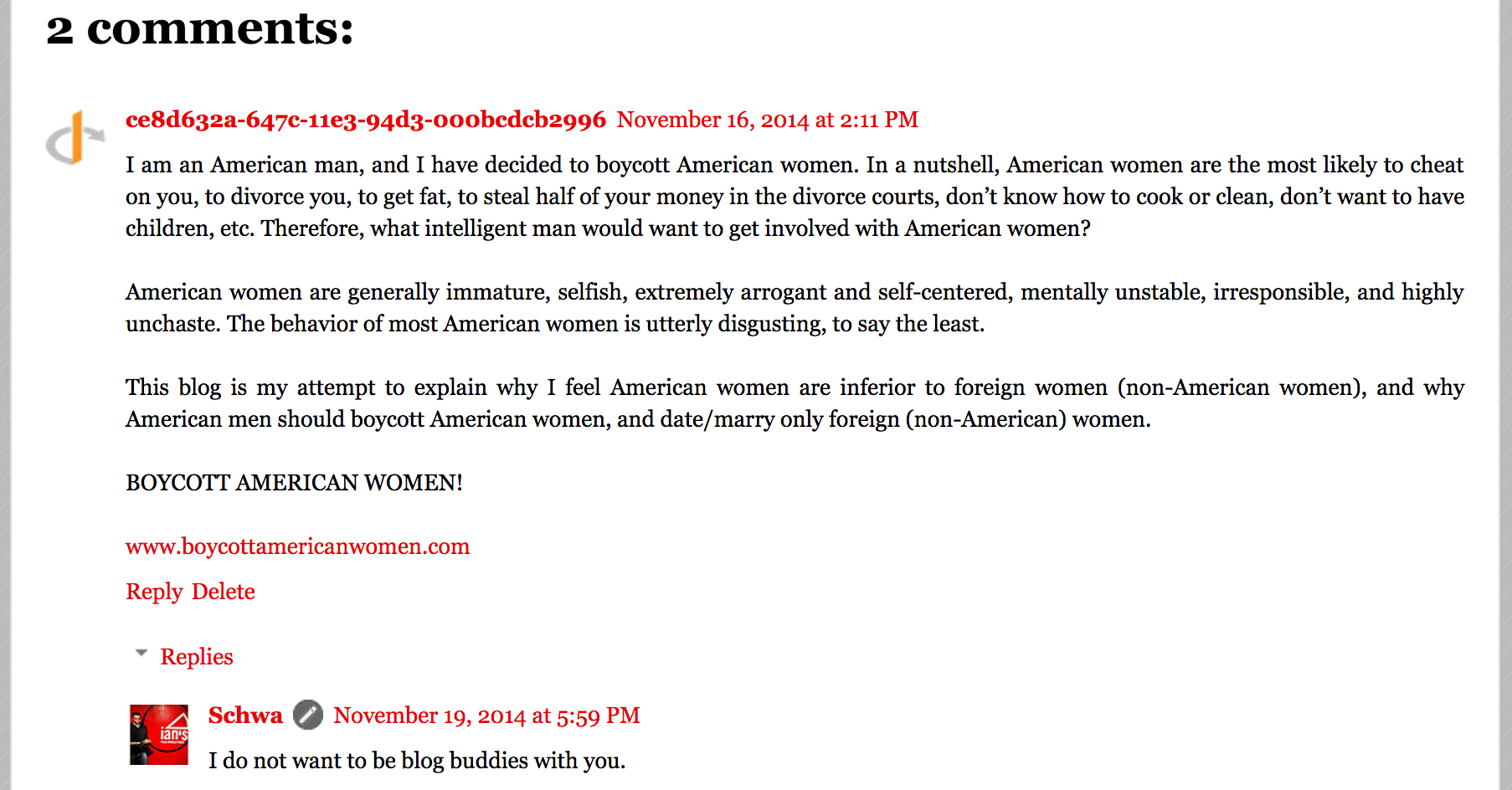 9) Penn State, 6-4 (2-4). I had cookie cake today. I fucking LOVE cookie cake. It trumps every other cake known to man and it's not even close. Why do cookie cakes taste so much better than normal cookies? They're just the perfect mixture of crunchy and chewy. Those are ELITE adjectives. I could eat slices of cookie cake like they're pizza. OMG Dimo's please make cookie cake pizza and make it not gross. 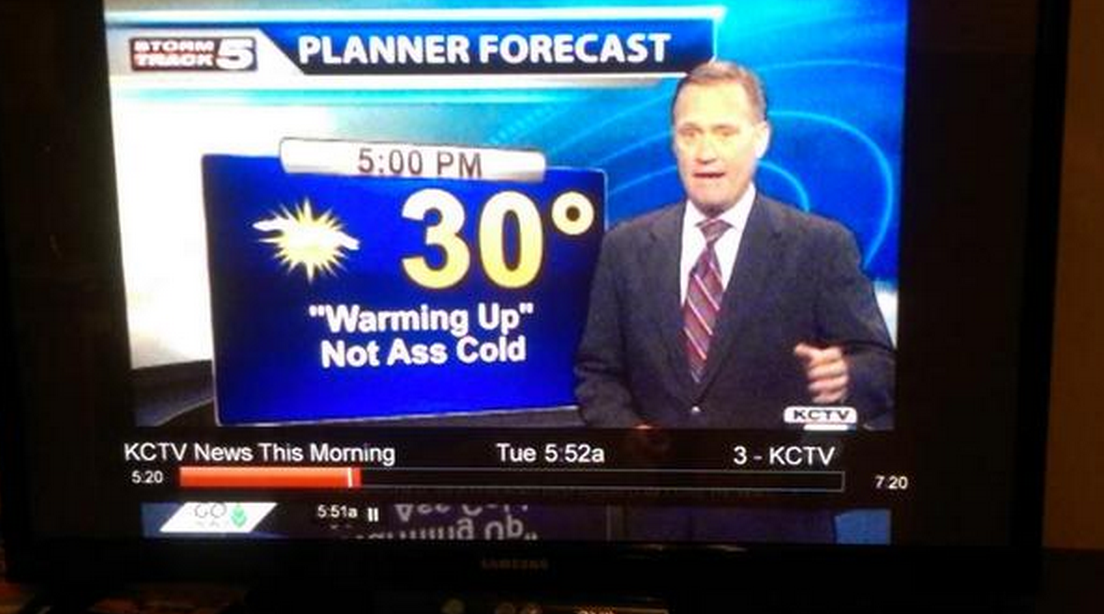 I don't know what 'ass cold' is. My mom used to say "it's cold as a witch's titty!". Are they in the same ballpark?

11) Illinois, 4-6 (1-5). In case you haven't been paying attention, the hoops team is off to a 3-0 start and BLASTED a good UW-Green Bay team last night. A solid Boise State team comes to the Kohl Center Saturday night, and then it's the Battle 4 Atlantis before a tussle with Duke. Buckle up. #MakeEmBelieve 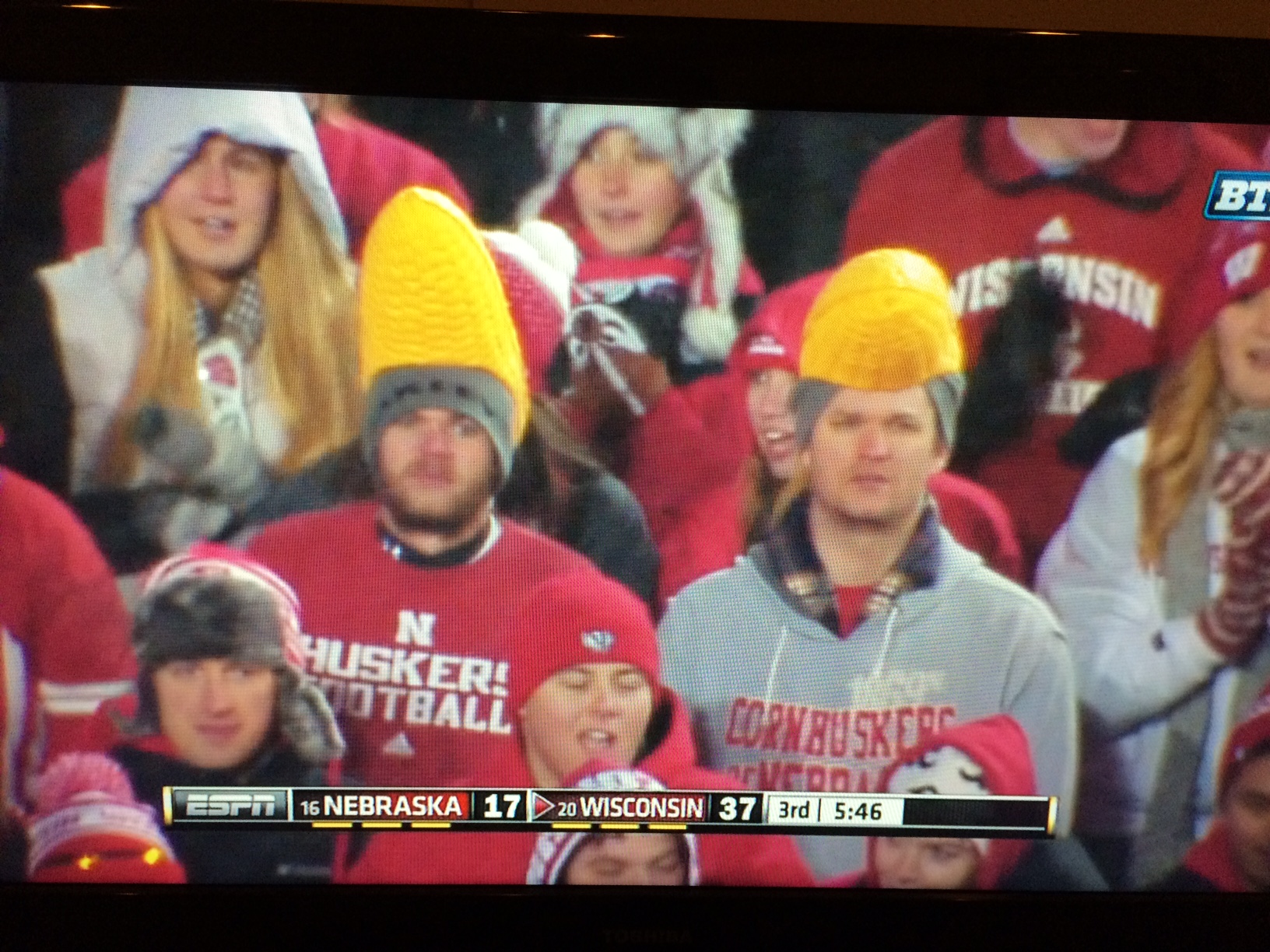 I mean, ain't that just beautiful? My love for sad fans knows no bounds. But I ESPECIALLY love sad Husker fans. You know why? They are the most delusionally arrogant fan base I've seen.

I was checking the BP traffic last week and noticed that I had some hits from the Husker Board. Obviously I popped over there to see what was going on. Maybe they really liked what they read (they didn't)! They were giving me plenty of shit for thinking we'd smoke them, yada yada yada.

Clearly I circled back after the game to make sure they didn't forget me: 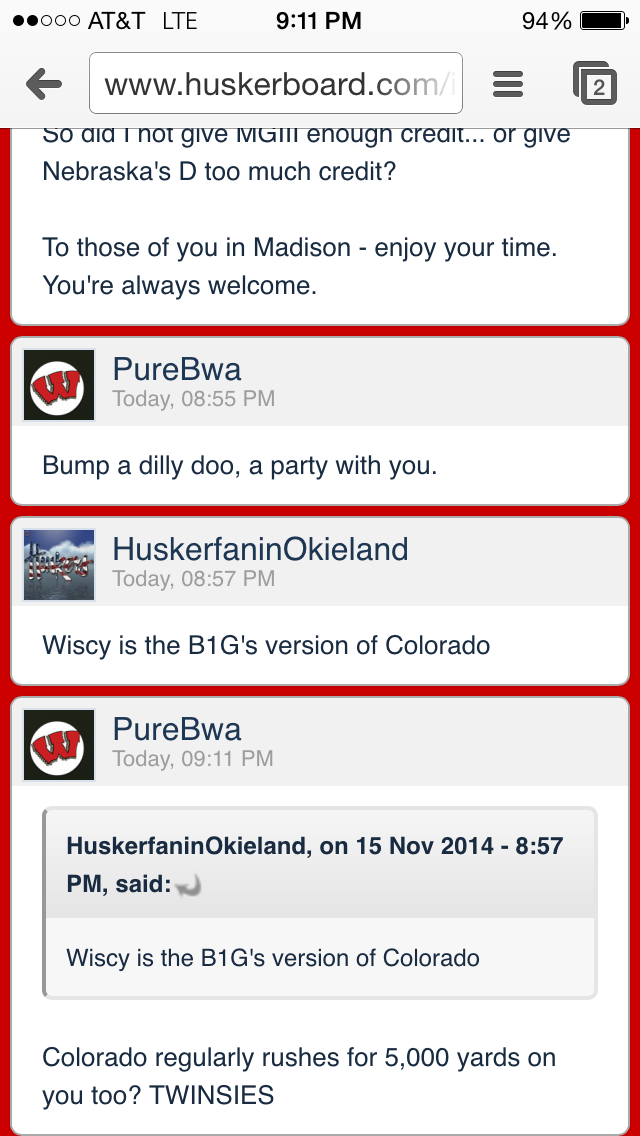 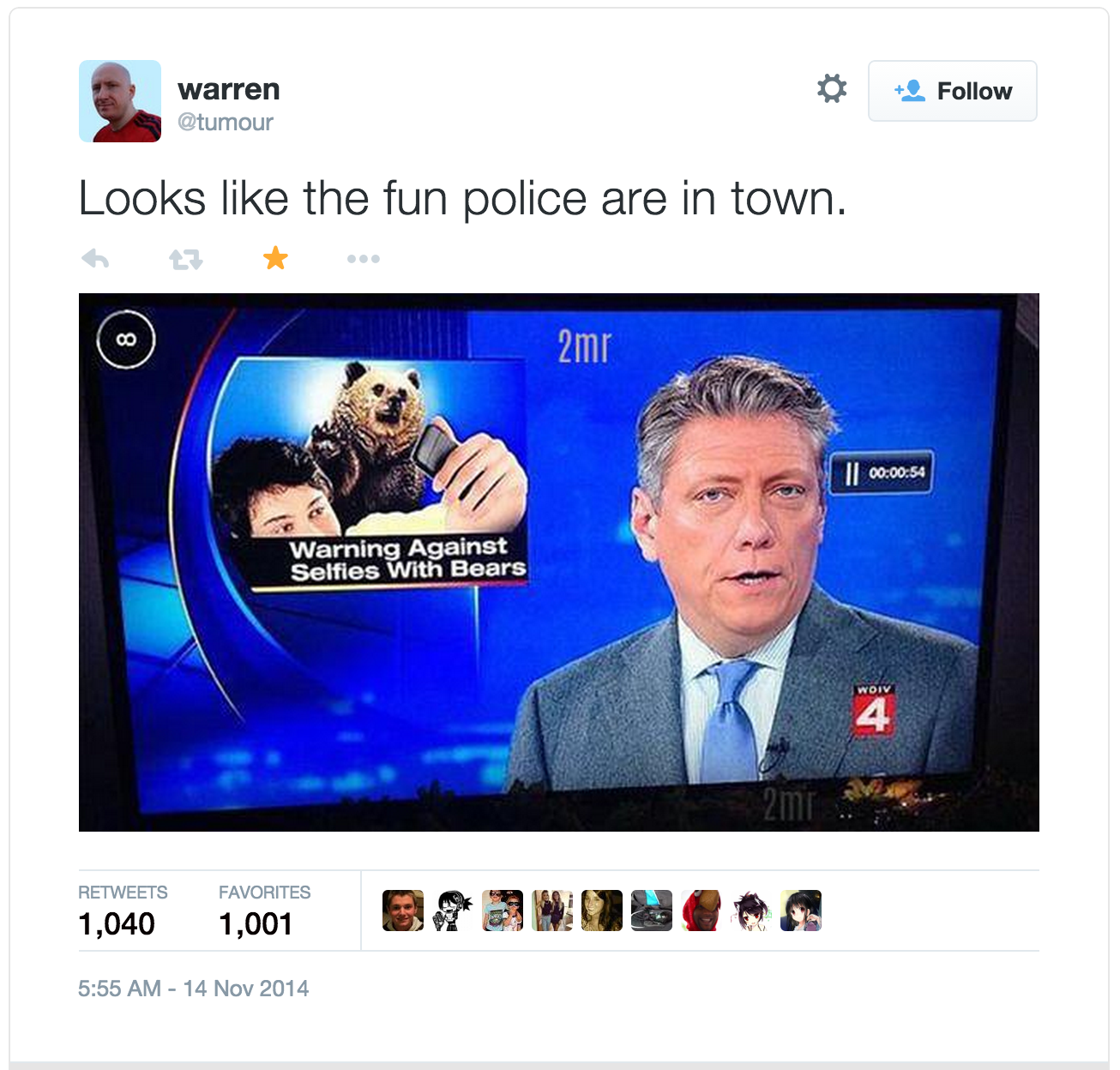 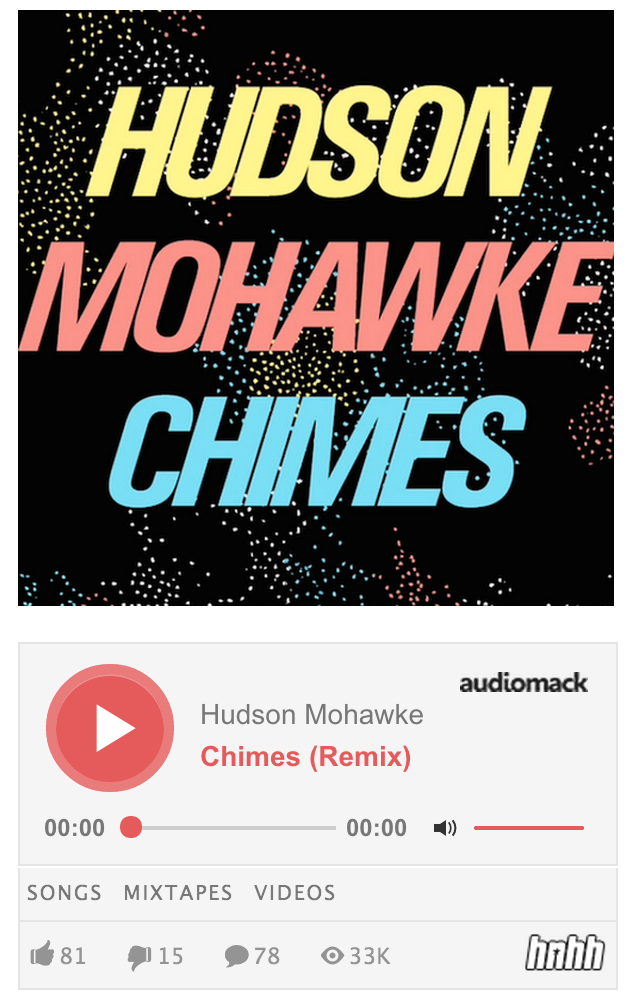 That beat you hear in the latest Apple commercial is a Hudson Mohawke anthem that's been out for awhile, but it must have caught the attention of these rappers, because they lay some long overdue vocals over it. (@DannyGoldin)

Weird video from a great band. Also happens to be a great song. They just released their newest album Seeds - you should check it out. This is a non-album single. (JQW)

So underrated. Hope they can somehow, someway release a good follow up album. My expectations are low, but my hopes are high.

Do we think Nebraska would've scored a single point if we didn't give them the ball on our own 20 ten times in the first quarter? I don't think so. I can think of literally one play where our defense looked lost (whatever scheme we were running on their first touchdown, BURN IT). Other than that, we were explosive, assignment-sure, and a joy to watch. Dave Aranda, you are the king of defensive football. There have been some ups and downs in the GA era, but you've been a constant force.

That is so fucking absurd

Let's do it again!

This is amazing. Dad wanted nothing more than to lay down the law on his kids having a paint party without permission. but they're just too damn funny. The unspoken communication between big bro and little bro is adorable and perfect. Although, when these kids grow up, little bro is gonna be PISSED at big bro for selling him out.

I believe this is some sort of foreign sports combine for dogs, and this is their 40 yard dash. The Golden cracked me up something good. "Fuck this race, I'm a eat everything they have on this course." 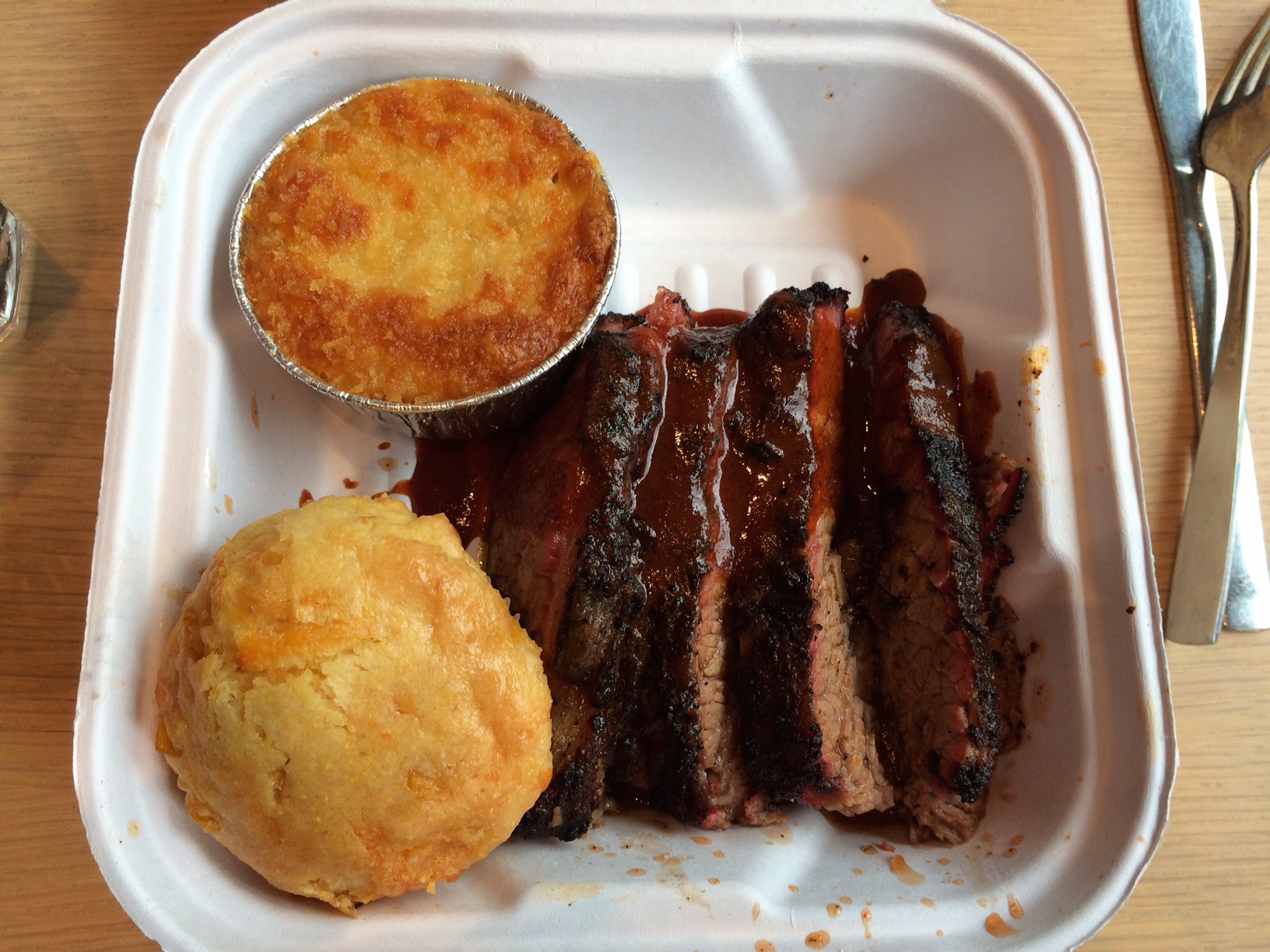 Brisket, cornbread, and mac & cheese from Blackwood BBQ. Wanna know what's dangerous? Getting this kind of food catered at work. Oh yeah, I'll take some brisket here, some pulled pork there... keep it coming. Next thing you know you're battling a BBQ food coma monster like your life depends on it. OMG people are starving in this planet and I'm crying about being sleepy from eating too much BBQ. I am so sorry, hungry people who probably don't read the internet. 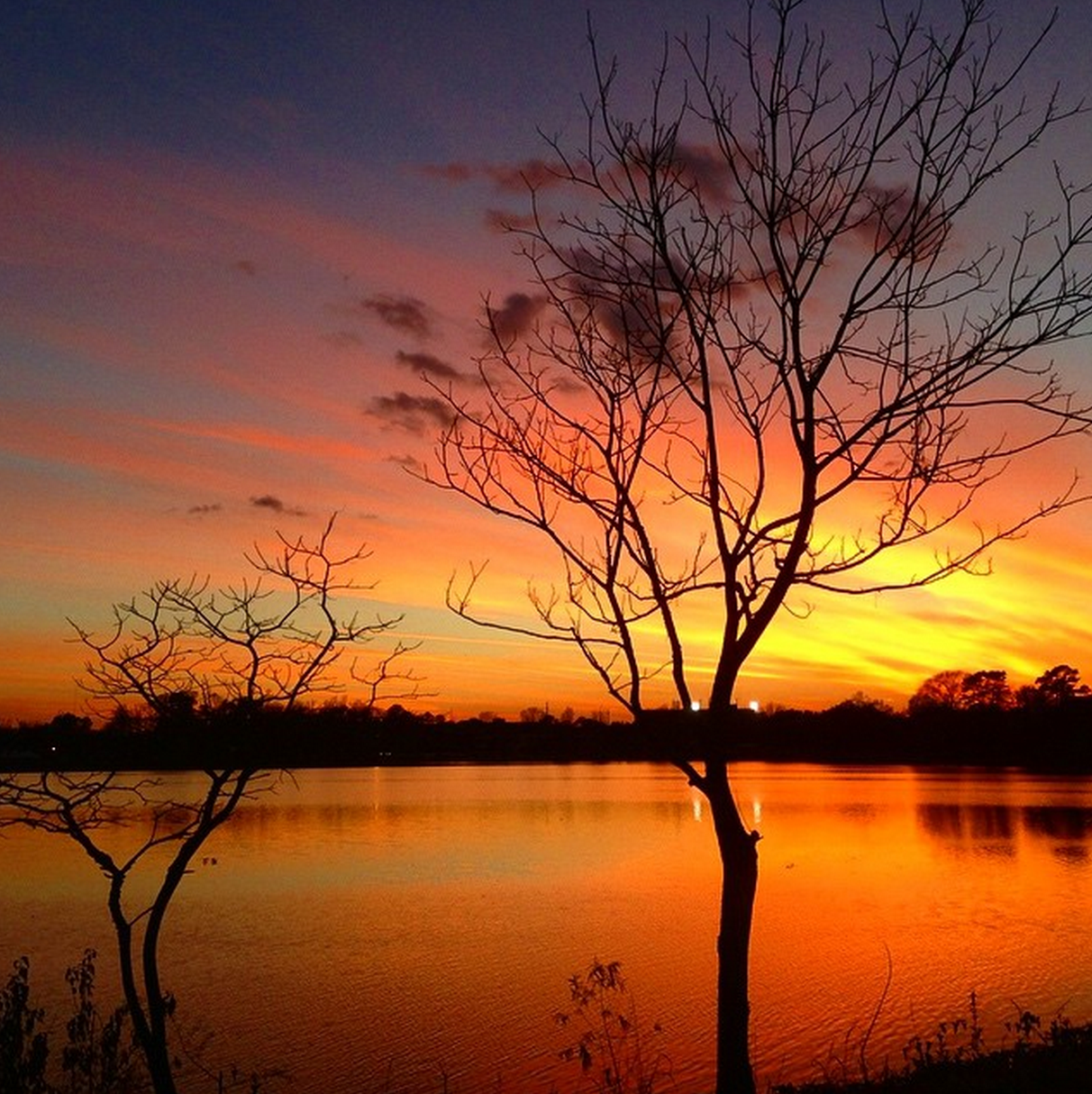 My #skyporn reservoir has run DRY. If you have some good #skyporn, please hit me up and share that shit. Also, reservoir is a HARD word to spell. It's french, right? My brain doesn't do french very well. F that word.

For some reason I am really looking forward to beating these guys.

ON WISCONSIN
Posted by Schwa at 6:57 PM