I want you to know up front that I am truly sorry. My sports curse is infectious and it is spreading RAPIDLY. First we had #USMNT not qualifying for the World Cup. Then Aaron Rodgers shatters his clavicle on a hit that isn't technically dirty but still sucks because the ball is clearly out and GODDAMNIT THAT'S AARON RODGERS YOU'RE MANDHANDLING. The Cubs are on the ropes and to add insult to injury, UW's top hoops recruit for next year de-commits a month before signing day.

Every team I like is going to shit and there's really only one team left that hasn't been infected yet.

I'm so afraid that it's coming. I don't quite feel it in my bones yet, but it does feel like something bad is brewing. If it happens, I'm sorry. I can't say it's not my fault because maybe it IS my fault and I should go hide in a cafe in Alaska until college football season is over. I don't want to be the one to derail UW's glorious season.

PS - I'm just now realizing I wrote about an Alaskan cafe instead of an Alaskan cave, and I think the message remains clear. Not like they carry BTN in the Moosejaw Cafe in Anchorage.

TV: FOX
WEATHER: 70 AND SOME SUN, CLING TO THESE PRECIOUS DAYS

I typically ignore lyrics, but this song is outrageous in that department. Just a crazy song overall essentially riffing Blackbird, singing about obesity, and then dropping the hammer with a shreddy, twangy peak. These guys are the best. The BEST, Jerry!

2. Penn State, 6-0 (3-0). Perhaps we stuck Penn State in the B1G Championship a little prematurely... might have to see this one out to the end.

3. Wisconsin, 6-0 (3-0). I saw some headline wondering if Taylor was being overworked. I think I've already made my thoughts about this known: ride him til he leaves for the NFL. Running backs have such a short shelf life that you gotta squeeze what you can out of them while they're still fresh. JTT is a monster and any play that doesn't involve giving him the ball or faking giving him the ball is a WASTE.

4. Michigan State, 5-1, (3-0). This is a real QUIET Michigan State team. What are they doing being 3-0 in B1G play? Who do they think they are? Don't they know they're supposed to be regressing to mediocrity?

5. Michigan, 5-1 (2-1). Curb continues to disappoint this season. I don't even know what specifically is wrong with it, it's just... blah. Is Leon turning into Randy Marsh and becoming to central and frequently used? Was the missing little sister plotline just created to give Larry a reason to drive Ted's car? Was Jeff's hat on the roof just to give Larry a reason to dent the cop's car? None of this makes sense, and the manager at the restaurant was dumb as hell.

7. Nebraska, 3-4, (2-2). I'm curious how seriously Barry actually would have considered leaving UW to go back to Nebraska as their AD. I saw his name come up and I get why they'd ask... I'm just not sure what he'd think. Yes he rubs some coaches the wrong way and he's a very imposing figure to work for, but thank god he's sticking in Madison.

8. Purdue, 3-3 (1-2). I saw another university president say they're using a private search committee to look for their next head coach and hot damn we are all in the wrong line of work. Can there possibly be a better job than New Coach Search Committee Consultant? What do you do? Just ask other coaches if they want to make more money coaching at the school in question? What makes them unique and skilled in such a way that they command like a bajillion dollars to help a university find its next coach to fire and beg boosters to cover the buyout for?

9. Maryland, 3-3 (1-2). They lost by two touchdowns at home to Northwestern and they're on their 14th quarterback. I know we haven't looked dominant recently, but this might be the week.

10. Northwestern, 3-3, (1-2). Between the stabby professor and the guy shoving people on the L tracks... what the hell is going on with Northwestern people? Get your shit together and stop being psychos.

13. Rutgers, 2-4 (1-2). WHY did no one tell me Rutgers and Illinois were playing last week? Where was Gameday? What a missed opportunity. Game of the century.

All their quarterbacks are dead

EASTERN EUROPEAN BATHROOM FIDDLE ARRANGEMENT! True story, one time in an AirBNB in Austin I discovered that the dishwasher made the EXACT same sound as whatever 'instrument' was in hottest EDM song at the time. So naturally I was EDM jamming so hard on the dishwasher all weekend and thinking it was the funniest thing in the history of the world. I think there's a vine of it somewhere. RIP Vine. 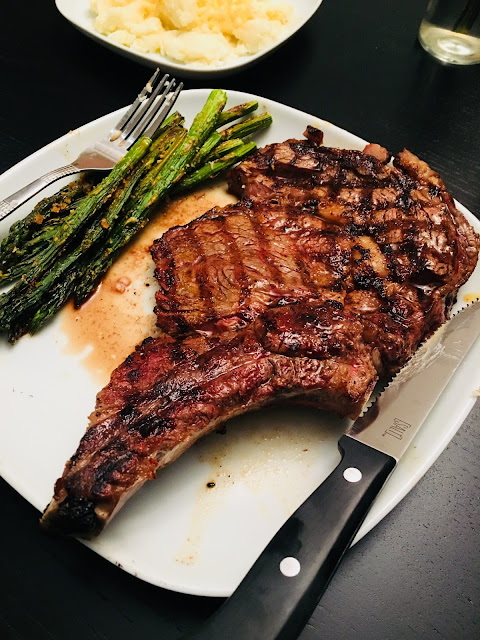 Had a weekend alone and decided the only logical thing to do was to buy a giant ribeye and go to TOWN. After a reader passed along a handy video with suggestions for proper grillmarkage, I made what was hands down the best steak I've ever had. Should I be ashamed to admit that what really took it next level was the relatively small amount of butter I used at the end to juice it up? This was restaurant quality and I got the added benefits of it costing a fraction of the price of a steakhouse meal AND the sense of accomplishment in knowing that I was the creator of this meal. 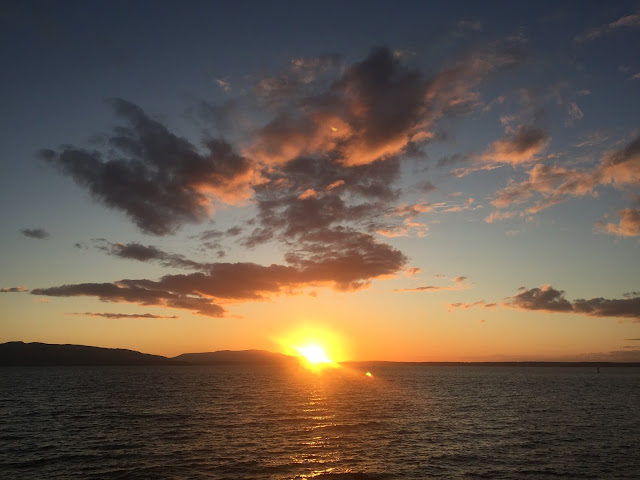 My sister sent me this pic, and I'd love to tell you where she took it, but the conversation got completely derailed as apparently I was the one that broke the news to her that you can 'like' texts in iMessage: 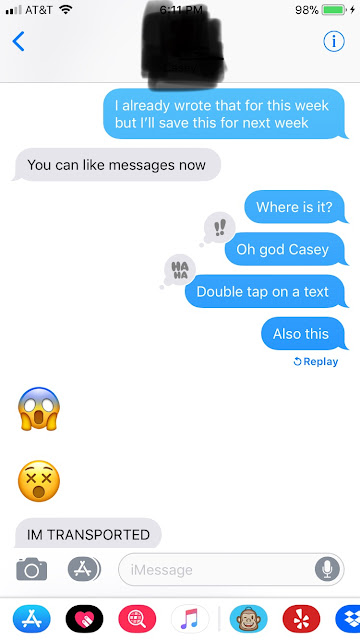 Yes, she's a millennial, and no, I don't know what being transported means.

PS - hey Apple, that row of random crap in Messages isn't working. I know you want Messages apps to be a thing, but your users don't want a row of useless visual diarrhea on the screen every time they go to send a text.

Good Saturday for taking advantage of the weather whilst we still have it. THE PICK:

ON WISCONSIN
Posted by Schwa at 11:04 PM