Another week, another batch of STRONG HOT TAKES wondering 'will an undefeated B1G champion Wisconsin get shut out of the Playoff? CLICK HERE TO FIND OUT'. That's all it is: clickbait. You must have a brain the size of a marble to think 13-0 Wisconsin, fresh off wins over ranked Iowa, solid Michigan, and a top 10ish opponent in the championship game, is getting left out. IT'S NOT HAPPENING. WAKE UP SHEEPLE.

Stop clicking on those sensationalized headlines. The impossible is not happening. If we win out, we are in. And THEN things get interesting.

PS - If you get a reuben from Subway you should also get your head checked. How can they take something so delicious and make it seem so unappealing? And since it's Subway, they're gonna make your reuben and then ask what else you want on it and some savages are gonna get olives and mayo because that's what they're used to getting on their sandwiches at Subway. A fucking reuben with black olives and a bucket of mayo. That's how Subway rolls. If you like Subway you should start a blog about how 13-0 Wisconsin could end up in the Go Daddy Belkin Poinsettia Bowl.com in early December. That's the kind of mindset we're talking about. Disgusting individuals.

This video is outrageous and this song is timeless. Rock 'n' roll.

1. Michigan State, 7-2, (5-1). A LOT of shuffling in the FEAR RANKINGS this week, and we start with a new #1: MSU. They couldn't have asked for a better dose of home cooking when Penn State came to East Lansing than deathbringing storms. You just knew MSU was gonna squeak that one out once the downpours and thunderbolts came out to play. I've been warning you people for WEEKS that this team is too sneaky for its own good. NO LONGER. Now everyone knows they've got a noisemaking squad. BLAH.

2. Penn State, 7-2 (4-2). Hard to fault them too much for losing that mudfest, but let's just take a moment to cross Saquon Barkley's name off the Heisman list. And who's that climbing up the board?

3. Wisconsin, 9-0 (6-0). JONATHAN TAYLOR TOUCHDOWN COMING IN HOT. God he's so good. He is so much more MGIII than Montee Ball. This guy is just the real deal and when push comes to shove he needs to be fed like the hosses up front blocking for him. Hoss isn't a word? BIG HOSS IS REAL.

4. Ohio State, 7-2 (5-1). Thievery Update: I WAS THIEVED AGAIN! Or so I thought. I was expecting a package and it was allegedly delivered on Monday. I never saw it, so Tuesday I emailed my neighbor asking for camera footage so Detective Rifkin could continue his investigation and determine if we have a PATTERN and therefore a SERIAL PACKAGE ROBBER on the loose. I got this back:

DAMNIT! The messed up part being I actually kinda hoped it was stolen just so I could get back in the film room and check the tape. LETDOWN CITY.

PS - Does my neighbor think I'm a psychopath at this point?

PPS - That's an A+ Halloween costume right there if you can get the jacket right. Just walk around squinting all night, asking high fives... on the flip side, maybe even paint your face a bit, scream WE'RE THE DEVILS! in people's eyes. Puddy lives a life we can merely dream of.

7. Northwestern, 6-3, (4-2). I've always thought that damn Cardiac Cats nickname was stupid but fudge me if they just win in overtime every week it's probably the right thing to call them. Hopefully they march to 8-9 wins and beef up our SOS a bit. 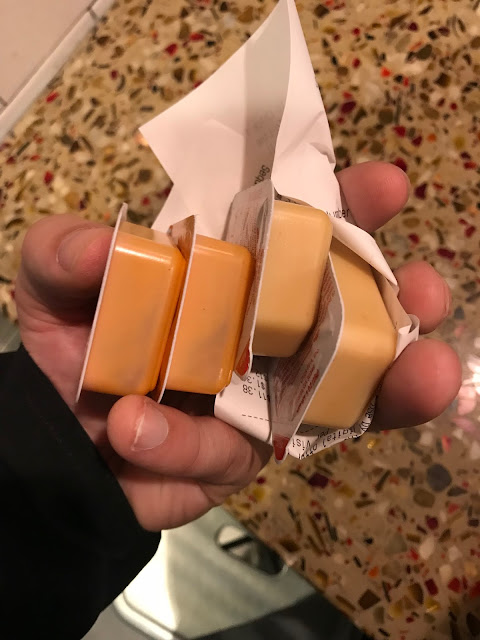 Why does Chick-fil-A give you your sauces when you order and make you walk around claw-holding 50 buckets of sauce and a receipt like a weirdo? That's not my hand up there but it might as well be. They subject we sauce addicts to public shame. I KNOW the other people in there are wondering if this fatty really needs 2 ranches, a honey mustard, a buffalo, and a Chick-fil-A sauce. THAT'S A LOT OF SAUCE.

Would it be so much to ask that they just stuff my beautiful arsenal of dipping pleasure into the bag with my spicy chicken deluxe, waffle fries, and side order of nuggets?

PS - I really do struggle with my Chick-fil-A order. The spicy deluxe is DELIGHTFUL, but that means I must forego tenders. And if I'm really hungry I add nuggets, but then I look down at my meal and wonder how Michelle Obama failed me so badly. And if I DO go the tenders route, I end up wanting MOAR once I'm done.

I had a salad for lunch yesterday, I SWEAR. 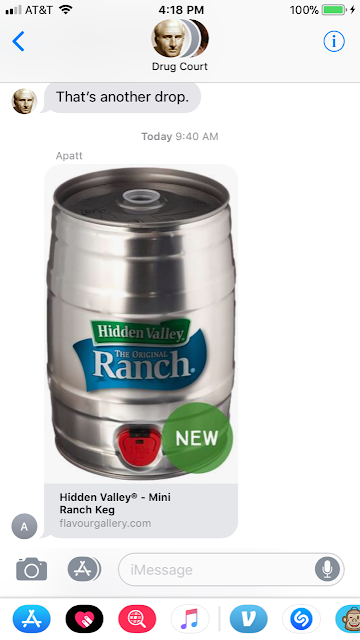 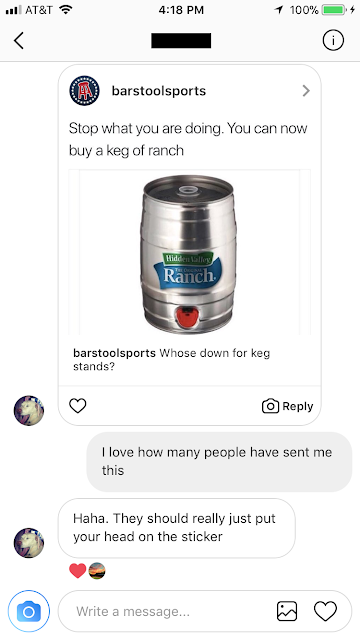 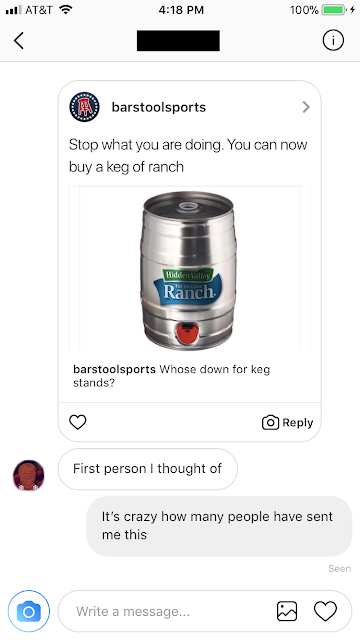 I get it, people: BRANDON LOVES RANCH. My roommate has already given a firm 'no' on dropping the keg of ranch in our fridge and I'm coping just fine. I will say that if any of you DO get a keg of ranch, I'll make the chicken tenders myself and we will throw the kegger we've all been waiting our entire lives for.

10. Maryland, 4-5 (2-4). Who woulda thunk Rutgers would distance themselves from Maryland in the race to be the least terrible addition to the B1G? That's embarrassing. At least you gave us Under Armor. 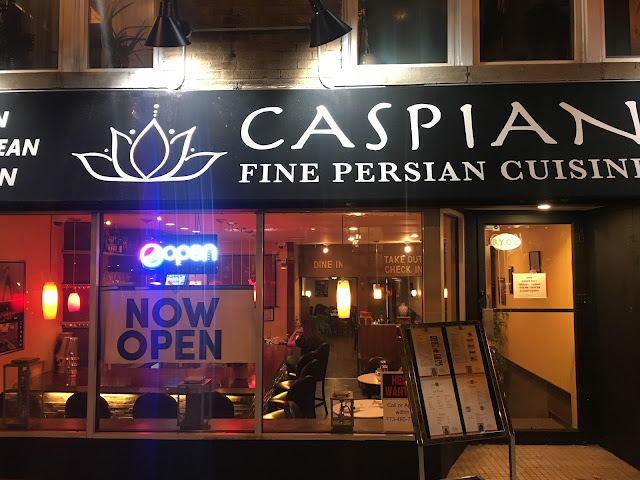 I am ready to go FULL SEINFELD HELPING BABU on this place. It's empty! We gotta fill those seats and do what we can to help this restaurant THRIVE AND SURVIVE.

PS - This was the place that had a sign up saying they were looking to hire a new 'perp chef'. Persian food made by convicts? YUM

13. Indiana, 3-6 (0-6). I read that Snap is getting ready to redesign the Snapchat app because it's 'too difficult' to use. Get your popcorn ready because the app reviews are going to be GOLD. It's virtually impossible to redesign an entire application that heavily used without immediately pissing everyone off. Even if we all acknowledge that the Snapchat app IS a nightmare from a UX perspective, they're guaranteed to have an avalanche of 1 star reviews for weeks or even months. It's a lose-lose situation for them, but no one feels bad since they all got paid.

They're coming in hot

Thank god it's in Madison


Love a good impersonator. Just ooze confidence and act like you belong and you'll fool MILLIONS. The best part is when you find out the 'cops' at the end threatening to send him to jail are actually the real Joel Osteen's security guards... and the real police came and laughed it off.

Not the best week for internet videos, so let's enjoy Dustin from Stranger Things having an incredible voice and singing the national anthem at a Mets game. 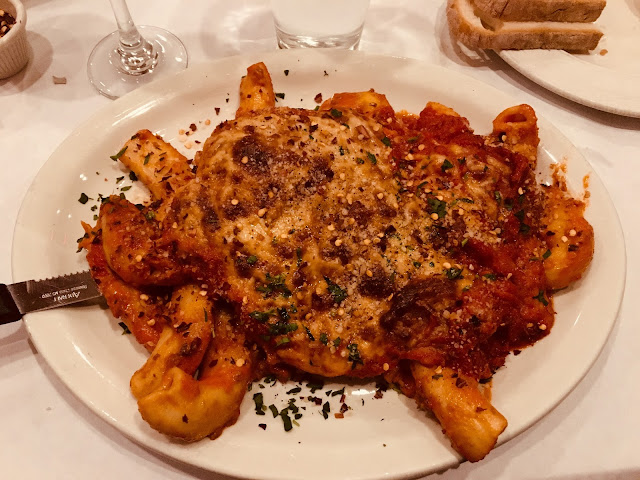 The chicken parm special from Caro Mio. One of the best Italian joints in Chicago AND it's BYOB. This came with some spicy creamy bolognese sauce and the entire thing was just a massive explosion of happiness straight from Flavortown. 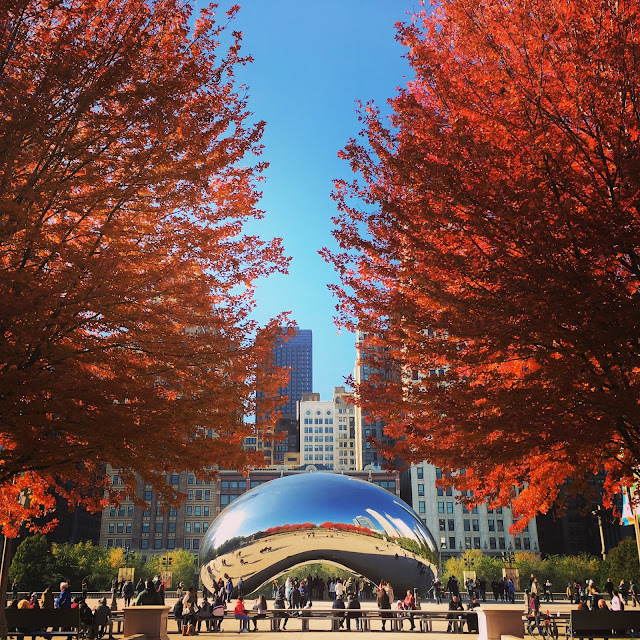 I was inspired by the best photographer in Chicago and took an extended lunch to the Bean to get some HOT FALL COLORS action. Did not disappoint. So basic. Fall is the best.

I think they busted their nut last week. THE PICK:

ON WISCONSIN
Posted by Schwa at 10:19 PM