Surprise, surprise: 8-0 Wisconsin is 9th in the Playoff rankings, behind a bunch of one-loss teams. THIS IS NOT SURPRISING. Stay the damn course, win like you've never won before, and everything will fall into place. It is known, Khaleesi.

There are too many damn things to stress about in life, and our ranking in early November is not on that list.

No time to dwell any further. Let's get on with it and beat IU.

Caught them at Bottom Lounge for the second time and these guys are officially on must-see threat level purple status when they come to town. There's really not anyone like them out there right now based on my non-existent research. Someone called their frontman a combo of Freddie Mercury and Steven Tyler and that seems oddly appropriate.

1. Ohio State, 7-1 (5-0). I guess we can all agree it was good for the conference that OSU/PSU was essentially decided by the home field advantage, right? Both teams look really good. Wait. Maybe it's BAD for Wisconsin if OSU and PSU look really good? Isn't the enemy of our enemy supposed to be our friend? Ugh.

3. Wisconsin, 8-0 (5-0). The Illinois game was mindlessly boring, but it was all worth it for Dieter's touchdown. That was the fattest fat guy touchdown the world could ever give us. Possibly the best fat guy touchdown since B.J. Raji was shimmying in the endzone at Soldier Field what feels like 15 years ago.

4. Michigan State, 6-2, (4-1). Not sure how they lost to the nerds, but we can assume Evanston had something to do with it. Pissed off MSU hosts pissed off PSU this week and someone's gonna be SUPER pissed off once that one's over.

5. Michigan, 6-2 (3-2). We are also officially rooting for Michigan to clean up every game except in Madison in a few weeks. I hate rooting for them as much as you do. Trust me.

6. Nebraska, 4-4, (3-2). Switching gears to UW hoops for a second because they just pollywopped Northern Iowa in an exhibition game by 30 bones. I won't pretend to tell you a single thing about this year's Northern Iowa team, but that school is usually pretty legit. All you need to know as hoops season comes into focus: 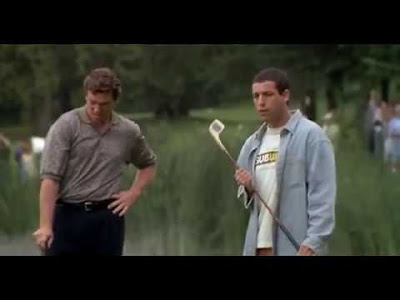 7. Northwestern, 5-3, (3-2). I don't really understand the allure of sitting directly behind home plate at a baseball game. You are on TV the entire game and if your brain shuts off for ONE SECOND the entire internet has a GIF of you picking your nose. I just can't imagine that's worth the risk. It's 2017 I am 31 years old and few things scare me more than becoming a bad mémè.

8. Rutgers, 3-5 (2-3). No one is as upset as I am to see the end of the Rutgers Winning Streak. Life had meaning while they were winning. The sun was shining a little more brightly. Now it's cold and rainy and all we're left with is a top 5 undefeated team we actually care about.

9. Maryland, 4-4 (2-3). OMG, I was the victim of THIEVERY this week! Some butthole stole a package from the front of my building! LET'S CHECK THE TAPE:


I've been completely obsessed with this since the second my neighbor shared the video:

11. Minnesota, 4-4, (1-4). I'm pretty sure my biggest culinary dream is to be able to cook chicken and not need to constantly probe with a thermometer to feel confident it is cooked and will not give me salmonella and e. coli and chicken rabies. Undercooked chicken haunts my dreams. Someone teach me the ways.

12. Purdue, 3-5 (1-4). I'm like 2/3 the way through Stranger Things, and while it's a relief that the second season is still quite good, the episode where Eleven joins the motley crew in Chicago was a little too much. Trying too hard to give her something to do before she rushes back to save everyone.

Also: Dustin and Steve is a freaking dream team, and the Jonathan/Nancy shipping is cliche blah trash.

Double Also: Max's brother is just an angrier, more athletic version of Andy from Wet Hot American Summer. And not NEARLY as funny.

13. Indiana, 3-5 (0-5). As I'm writing this I see that the naked chicken chips are BACK at Taco Bell! That's an immediate must-add as a complementary item in your TB order. This is also zero percent surprising since they've been stuffing them in quesadillas for the last few months.

PS - I need to know if I can get a CGC with those in there instead of beef. NCCCGCwCRS sounds a little too good to be true, the 21st century flying too close to the sun on wings made of tacos.

14. Illinois, 2-6 (0-5). I have nothing to say about Illinois, so I'll instead state the obvious in noting how much of a bummer game 7 of the World Series was after the previous 6 games. What a letdown, but good for Houston. No one neutral actually wanted the Dodgers to win, that's crazy talk.

No time for let ups

Too soon for heartbreak

It's EMOTIONAL TRIBUTE LIVE PERFORMANCE WEEK. First up we are getting choked up despite not being huge Linkin Park fans as they perform Numb with a spotlight on the mic. The crowd belting out every word is amazing. Love it.

Now we skip over to a different tribute and listen as thousands sing Cornell's vocals to Like A Stone, which is a certifiably badass song.

Lastly we go to one of my favorite covers of all-time: George Michael filling in more than admirably for a deceased Freddie Mercury. Goddamnit. Too good, too sad. 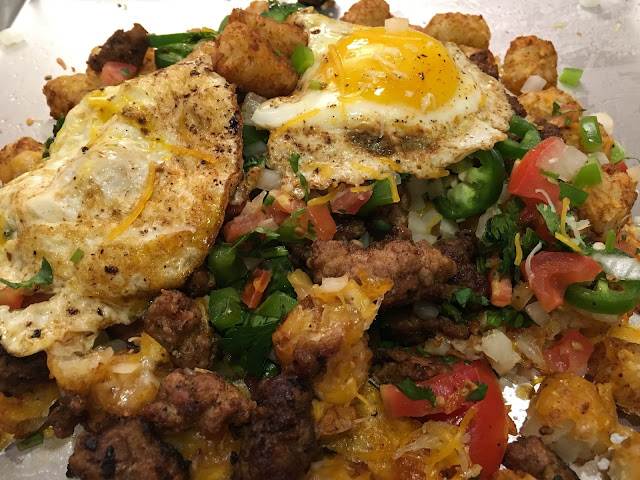 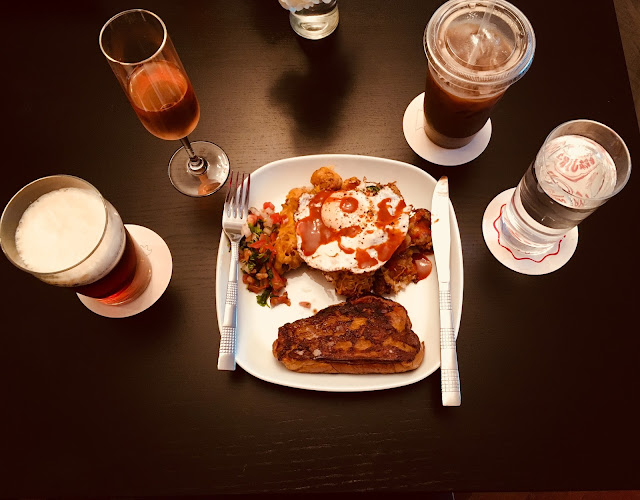 Ooooo it was DRUNCH night and TOTCHOS WERE ON THE MENU. We are talking about tater tots, crumbled sausage, peppers, onions, jalapeños, and cheese baked to perfection and topped with some fresh pico. AND fresh, crispy fried eggs. WHAT MORE COULD A HUMAN WANT oh how about some challah french toast with a dash of cinnamon. GOD BLESS YOU DRUNCH I LOVE YOU.

PS - Drunch was initially our invented brunch for dinner concept which I concede makes little to no sense. Most people assumed it meant drunk brunch, which makes equally as little sense. Drunch is what you make it. Drunch is what you believe it to be.

PPS - My brunch gameplan is always maximizing my drink selection, and drunch followed in those footsteps: Zombie Dust, rosę, a latte, and some agua because drunch can be healthy! #allthedrinks 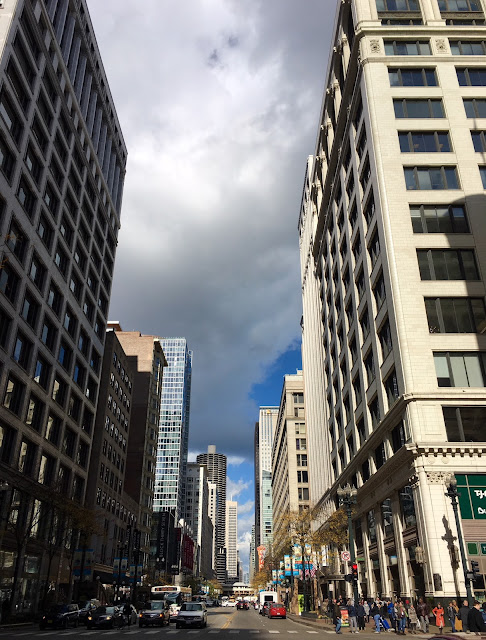 I'm continuously awed walking around the Loop. Especially when there's good lighting. It's an architectural smorgasbord of nerd delight. Do I stop every time king Chicago nerd Geoffrey Baer's Loop walking tour show is on PBS? Yes, yes I do. Tell me MORE about the the historic Burnham influences on the molding at the Shake Shack on Michigan Avenue!

PS - You're trying to tell me that it's smorgasbord and not smorgasboArd, like an actual board of smorgas? Why is it not smorgasboard? That's all we picture, right? A big old platter of smorgas, which sound like the hispanic version of s'mores! 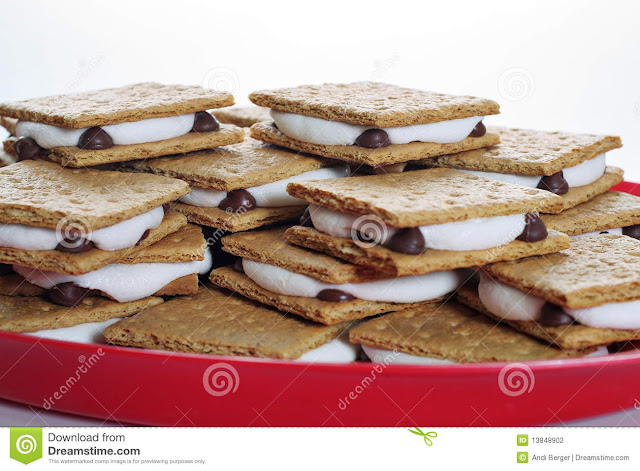 PS - did I take that pic of a smorgasboard? NO ONE WILL EVER KNOW

The inevitable heartbreak remains on the horizon, but it cannot be now. It cannot be. (I)U SHALL NOT PASS. THE PICK:

ON WISCONSIN
Posted by Schwa at 6:03 PM