Hey you! Possibly random person on the internet that I've never met that's reading this! Hear me out for a second as we take a week off from reeling in the Coan Hypemobile and wondering if we beat Northwestern with a healthy Hornibrook. There's something else we need to talk about this week: voting.

That's right - I'm getting RISQUÉ POLITICAL on this here pseudo-sports blog thingy. But I'm not going to pick a side or tell you who to vote for (OR AM I no I'm not). I just want to use this pathetic excuse for a platform to remind, encourage, and implore you to get out and vote in these elections.

Why? Well, it's downright insane how low voter turnouts are in this country. I don't understand it. Is it laziness? Ignorance? The foolish mindset that 'well my vote is just one of a billion, it doesn't matter'? Probably a combination of all of the above. And I used to be one of those 'my vote doesn't count' fools! This is me acknowledging that I once was dumb and lazy when it came to voting! But as our Founding Fathers said: If I can change, and you can change, everybody can change!

So find your damn polling place (wanna vote early and don't know where to go? BANG you're welcome). Put time in your calendar so you don't have any excuses about finding the time. Annoy your friends into submission if they're not feeling patriotic. There are literally no excuses.

It's quick. It's important. It's one of the things that theoretically allows America to thrive as the land of the free, the home of the American Dream, and the best country in the world.

Find your polling location. Vote early if you can. Vote on Tuesday if you can't vote early.

Looking for a bar to watch the Rutgers game because you are the kind of person that needs to take advantage of football day drinking even if it means waking up early to get to a bar to watch us play Rutgers? The WAA will be at Fatpour this weekend. Join them and have a beer or 12.

Should we just do one song every week from the new Struts album? Good lord did they nail this. On repeat all day and all of the night.

1. Michigan, 7-1 (5-0). Congratulations, people. We survived Wednesday Halloween year! Oh how I DESPISE mid-week holidays, especially the fun ones like Halloween. Which weekend are we celebrating? Is anyone up for going out on a Wednesday night? Blah blah, Halloween should be the last Friday in October every year.

Target has buy two, get one free board games through Saturday. We ordered up Carcassonne, 7 Wonders, and Azul. I've never played any of these but am irrationally excited. 50% excited because they look like fun games; 50% excited because this is a Morty Seinfeld hot deal. Hopefully none of these games turn out to be Willards.

PS - a co-worker who's into the gaming scene told me Azul 'had a lot of heat earlier this year' and I've never been sold more quickly. When someone gives you a hot tip about a game with heat, you buy now and ask questions later.

3. Michigan State, 5-3, (3-2). Of all the random names people call me, I think there's a 4 way tie between chief/boss/big man/sir for my least favorite. "Here's your food, chief." "Here we are, boss." "Excuse me sir, your nonfat iced latte with an extra shot of espresso is ready."

I hate ALL of that.

5. Iowa, 6-2, (3-2). And the one play that stands out is Iowa's QB missing a tight end on literally the most wide open play in the history of football. Wasn't a defender within 20 yards of him in any direction and the quarterback just sailed it.

I only bring this up as yet another reminder that quarterback is a very hard position to play and college quarterbacks in general are not very good.

6. Northwestern, 5-3, (5-1). Typically I'm very pro-students rushing the field. But what a clownshow it was watching 53 nerds STORM THE FIELD in Evanston after beating a team starting a backup QB with minimal time to prepare. No I'm not salty. 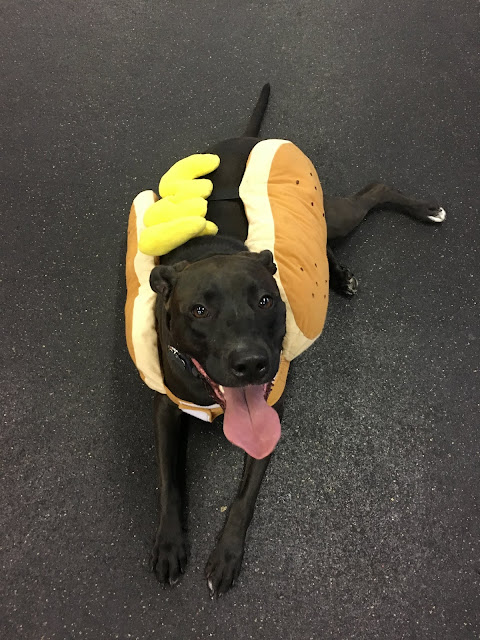 8. Wisconsin, 5-3 (3-2). JUST when I'm ready to turn the page to hoops season, the program announces Aleem Ford is out for an extended period of time for knee surgery. UGH. Apparently it wasn't enough with Trice/King missing the season last year. We needed to carry that bad juju injury luck over to 2018. Blah.

9. Indiana, 4-5 (1-5). I had a karaoke event this week and when I finally worked up the courage to sign up, the DJ crushed my soul when he told me someone already had Mr. Brightside queued up. I don’t possess the vocal skills or showmanship to just PIVOT to another song. So I slunk away. And BOOED the hell out of the dudes that did Brightside.*

*Sang along as loudly as possible and applauded them at the end.

11. Illinois, 3-5 (1-4). Hey Illinois residents, here's an overview of what's at stake in the midterms. Read up and vote with CONFIDENCE.

13. Rutgers, 1-7 (0-5). Dismissing players from the team because they're accused of MURDER. That's how Rutgers is contributing to the conference. Recruiting MURDERERS.

Season off the brink

Big Ten West not up for grabs

Back to the Horn Dawg!

How great is it seeing the utter PASSION behind the Baby Back Ribs jingle? In your FACE Uncle Jesse! That's how you jingle!

I'm not above admitting this got me good. Sly dogs.

PS - I'm convinced everyone has that one person in their Facebook feed that's ALL CRYPTO ALL THE TIME. I got that guy. You got that guy. We all know he's living proof that timing any market is damn near impossible.


I wish I didn't love it when the cast breaks in SNL skits (THAT'S ENOUGH, FALLON), but I do. Funny people unable to contain their laughter at funny stuff is always a good time. And apparently part of why they lost it so badly here was that the horn noises were a surprise during the sketch. Brilliant! 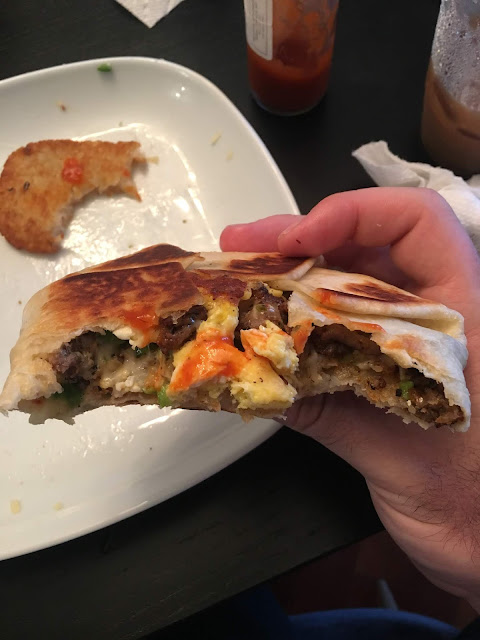 My new obsession: HOMEMADE BREAKFAST CRUNCHWRAPS. Don't even care that this is a crappy picture I hurriedly took before devouring the rest of this breakfast crunchwrap a la Beandon. Look at the fold job! That's how you breakfast on the weekends. 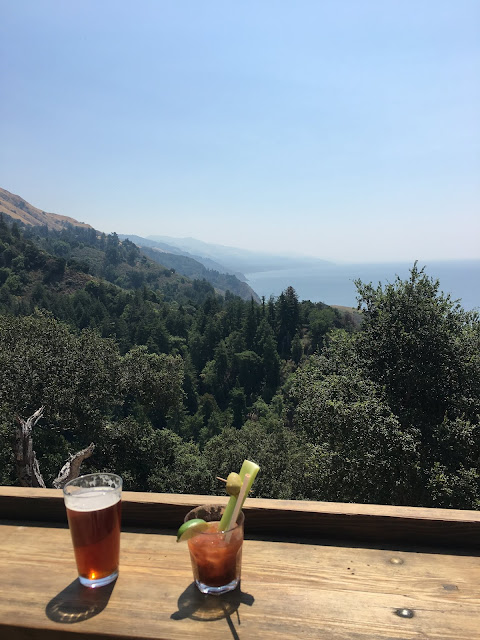 This summer I drove the Pacific Coast Highway from San Francisco to San Diego and this was one of the highlights. If you do that drive, I can't recommend a stop at Nepenthe enough for lunch. Solid food, but the views while you're eating (and drinking) are unbeatable.

And you should do that drive. It's incredible.

ON WISCONSIN
Posted by Schwa at 9:12 AM