OOOOOOO, that NYC blizzard, SO SPOOKY! So spooky it even had TWO official hashtags! So spooky that the Governor made it illegal to be outside! SO SPOOKY!

Sweet blizzard, New York. You're so bad at blizzarding that weather nerds everywhere are apologizing for even being associated with your bitch ass blizzard self. I mean seriously, how do you fuck up a blizzard? All you have to do is sit there and let it snow its face off with winds at least 35 mph and visibility less than a quarter of a mile for at least 3 hours. EVERYONE knows that's literally all it takes to get a blizzard. New York? Shitty blizzard city. Chicago? ELITE BLIZZARD CAPITAL OF THE WORLD.

I've never been so damn proud to be a Chicagoan.

PS - All the fearmongering about blizzards is adorable. Blizzards aren't even one of my top 8 scariest things.

PPS - OH YES, that means it's time for an updated installment of my SCARY LIST FEAR RANKINGS: 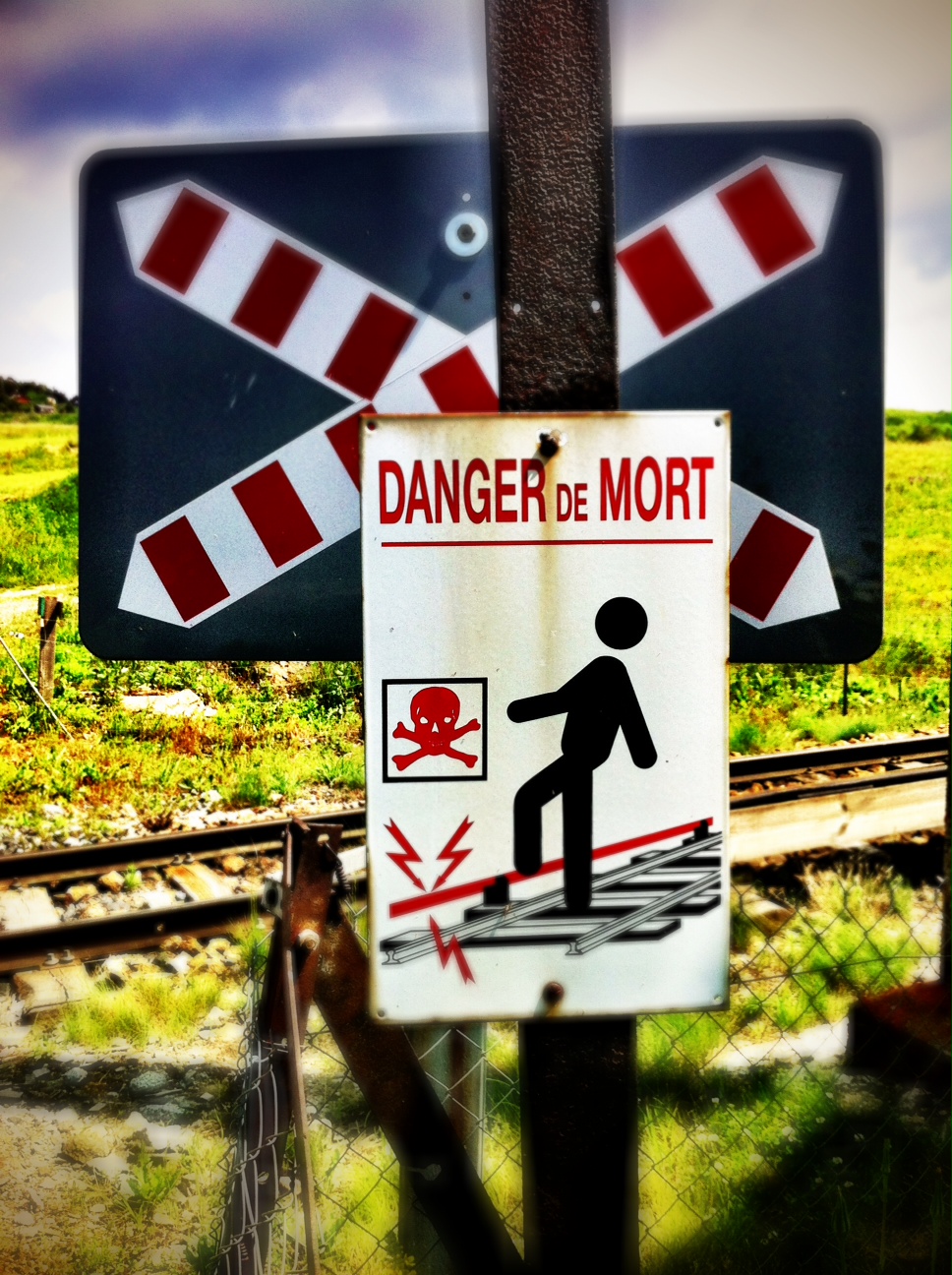 Translated: IF YOU STEP AND/OR PEE ON THIS YOU DIE

I'm not even sure I need further justification other than I am eternally terrified of anything that an kill you if you pee on it. The Third Rail is basically the opposite of a jellyfish sting. When you throw in how camouflage it is amongst the harmless rails and how easy it would be to take a tumble onto the tracks then you have the complete recipe for fear. 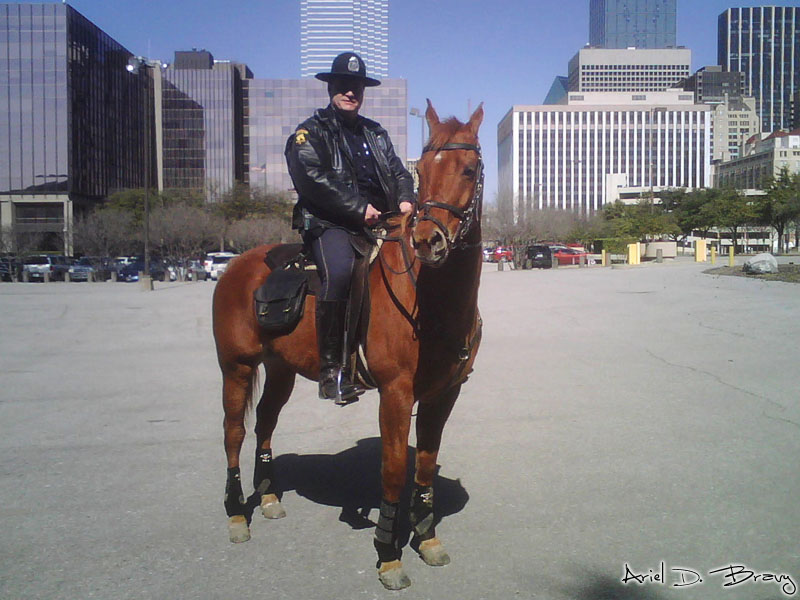 Horses by themselves should probably be on this list. Horses are the scariest animals in the game. They're enormous, powerful, and I'm pretty sure they're really stupid. That's WRECKLESS. They'll kick your skull off and then swat at some flies on their butt with their tails. Ain't no thang.

And then you throw a cop on top and it's just whoa look out. Murder Machine, double capital M. I'm convinced that police horses have ANGER ISSUES as a result of years of hardcore training and a lack of poop privacy. I saw a horse and carriage the other day and the horse had a dumpster connected to his butt to catch all his poop. I had no clue horse poop catching innovation was a thing. Someone spent time engineering a solution to catch horse poop, and that is why asking third graders what they wanna be when they grow up is BULLSHIT. No third grader wants to grow up and start their own small business manufacturing and selling poop dumpsters for horses.

PS - Oddly enough I find those kinds of police hats extraordinarily scary, but when you put it on the horse I think everything gets kinda cute: 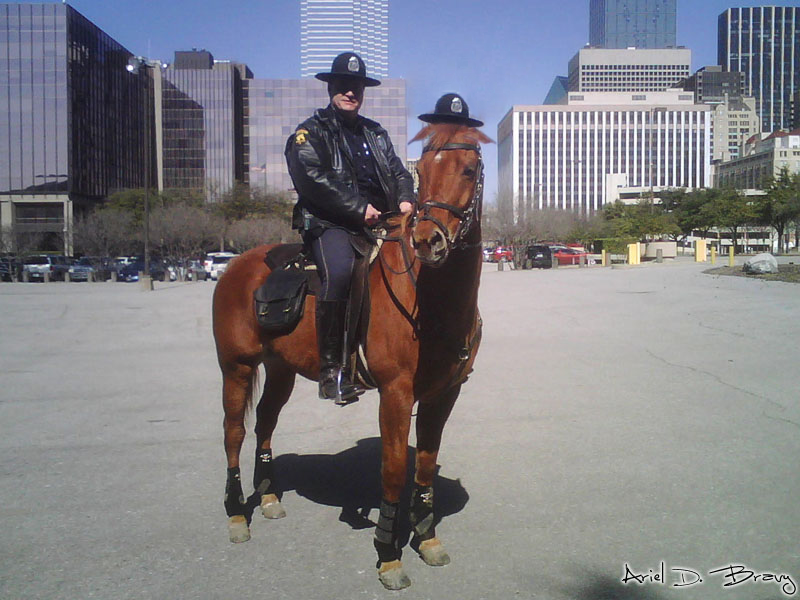 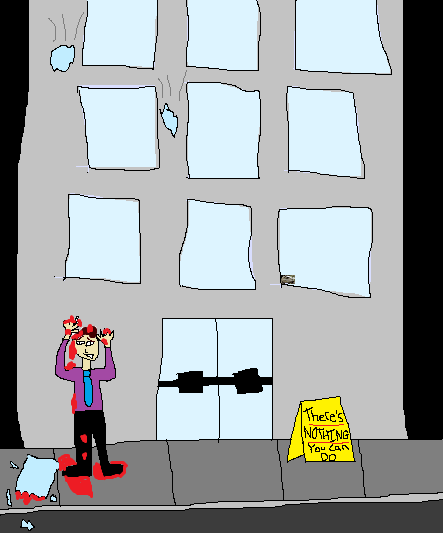 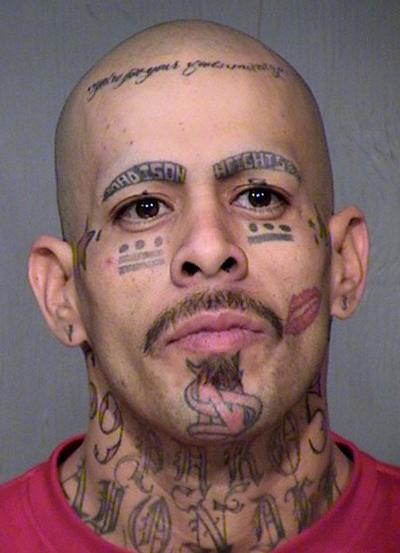 Saw a guy at the gym balling hard with face tatts. Couldn't pay me enough money to jump in that game. Set a rough pick on him and he eats your face then and there, no questions asked. Never set a moving screen on a guy with face tatts, Ball 101. 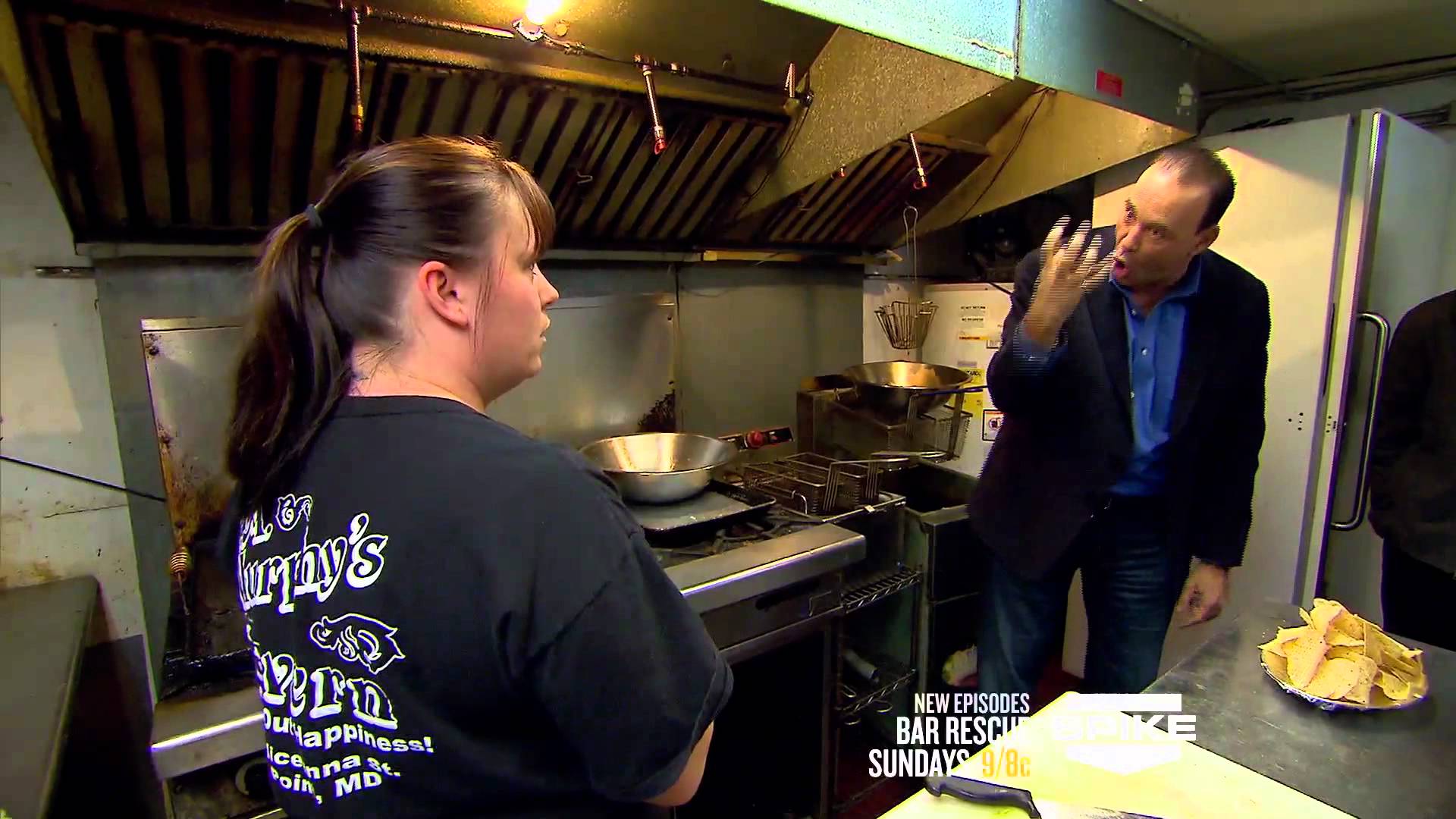 It's slimy and gross and Taffer had to SHUT IT THE FUCK DOWN because of it and it can actually kill you.

Hard to trust anything that doesn't have eyes.*

PS - I don't even want to look at a picture of one of those things right now. 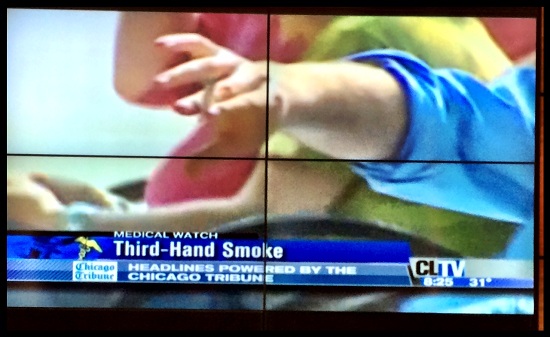 THIRD-HAND SMOKE! I still have no idea what this is but I do not want to come across it EVER.

PS - I think cigarettes are disgusting but I just might hate anti-smoking ads more than I hate actual cigarettes. The ones with the people with the holes in their throats? WHY. Gah. Almost scarier than third-hand smoke itself. 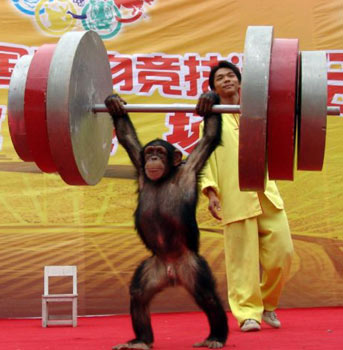 Not monkeys themselves, just their strength. Monkeys are crazy strong. You fight a monkey and you'll be lucky if he kills you. You'll be unlucky if he kills you by ripping your arms off and beating you with your own arms. When you do that to your little brother (minus the ripping arms off part) with the whole 'quit hitting yourself!' routine it's funny. When Coco is playing a drum solo using your arms as drumsticks and your face as a snare it's rather terrifying. 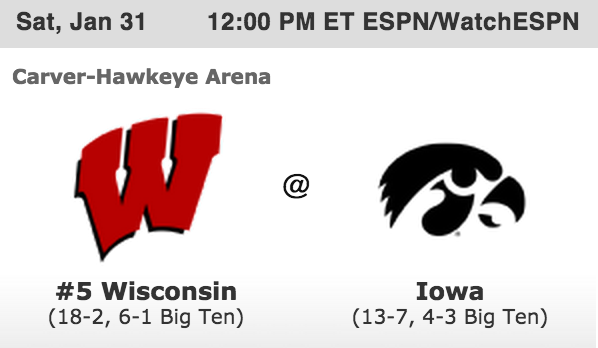 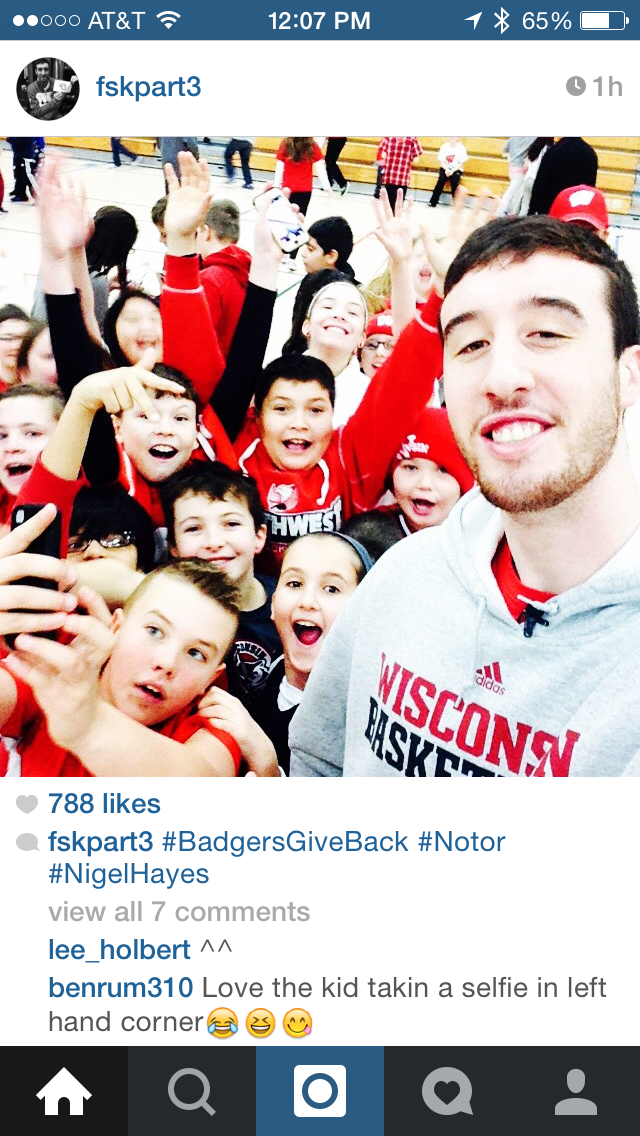 Can't get over that kid in the bottom left taking his own selfie. How come I haven't seen a lot of SELFIECEPTION going on these days? Did this little kid from Verona just drop a hot new game? Next time someone tries taking a selfie with me in it I'm just gonna take my OWN selfie. Just a matter of time til #SELFIECEPTION is trending worldwide. Holy shit, we are the worst civilization EVER. Now we're not even gonna look at ANY pics other than our own. If everyone does #SELFIECEPTION, do you realize that every single person in every pic will be looking at their own phones? CAN'T WAIT

I hope someone tries taking a selfie with me this weekend because that would mean I can continue the #SELFIECEPTION trend AND that I'd have a friend. WIN WIN 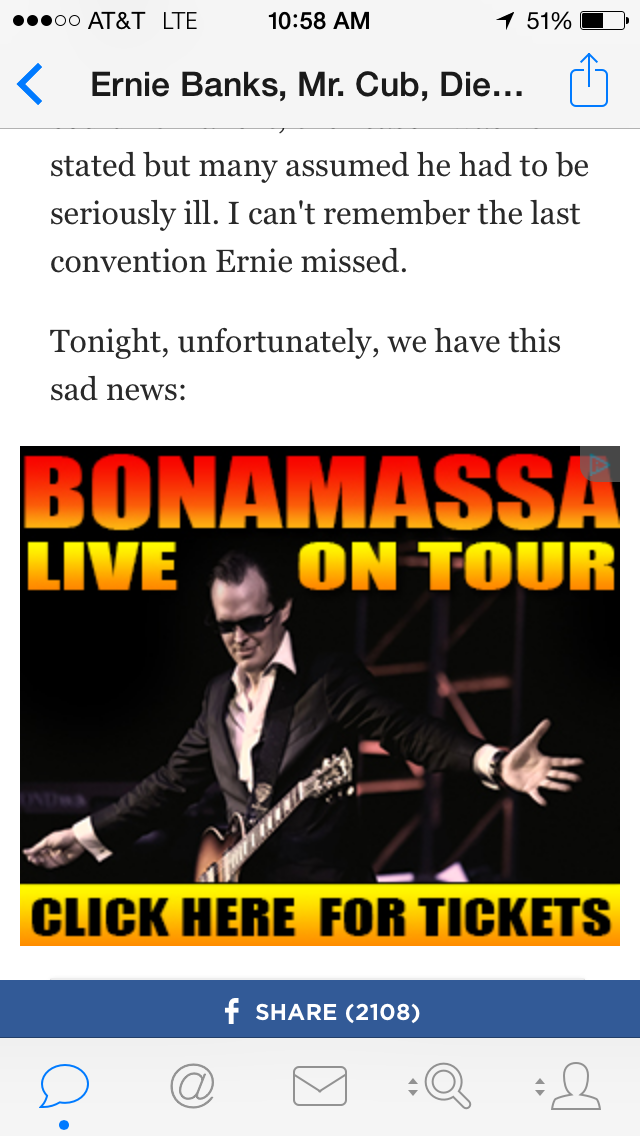 Bonamassa kinda got third degree roasted there, though.

PS - Been a Cubs fan since I was a kid, obviously Ernie was done playing long before I started watching games. Nonetheless, if you've been a Cubs fan Ernie was essentially synonymous with 'Cubs'. Hopefully they just go out and win the whole fucking thing for him.

PPS - The fuck if I watched every Cubs game the last few years. I have better things to do with my life than watch 3+ hour games from a 100 loss team. But I've been following the prospects pretty damn closely and am officially back in the game. If you use the words 'fair weather' for that type of fandom you're a moron.


4) Michigan, 13-8 (6-3). Not surprised at all that we got a dawg fight in Ann Arbor. Every team is coming out guns a blazing against us. That's just what happens when you're the top dawg. I got DAWGS on the brain right now.


You know what? I'm buying what Robbie Barbushels is selling here. I could conduct a Serial-esque investigation, but how many stadiums sell drinks by the CAN? Go to any stadium and it's 20 ounce bottles or giant collector cups. No stadium I know about is out there selling cans of Diet Coke. That's fucking crazy. And no, I don't think Robbie brought in an IMPOSTER Diet Coke can. That seems way too ridiculous.

IN CONCLUSION, Robbie Barbushels is my new favorite person to be associated with Ohio State. Fuck you Tom Crean, you go get a new Diet Coke from the locker room.

PS - I'm like 6 episodes into Serial and whoa hey I don't think it's the best thing that has ever been heard by ears before. In fact, I don't really care for it that much. I think I just don't dig podcasts. You have to pay attention and focus - that shit's hard. I'm not trying to pay attention and focus in my recreational activities. People listen to that shit during work or at the gym and actually process the 8 million dates and names and locations and phone logs and testimonies? I don't buy it.


PS - If you told me I had to hack a Twitter account or you were gonna cut my finger off, I'd just spend my time thinking about which finger I'd be most cool with losing. I'm pretty tech savvy but I have no clue where I'd begin with a hackathon. Hackers are such a mysterious breed of human.

PPS - It's clearly not a thumb or a pinky because I think you could never like turn a doorknob or open a beer bottle without those guys. Pointer finger seems important as well because pointing at people is the shit. Middle finger? CHYEAH RIGHT. So I think the only obvious choice is left ring finger. Is the ring finger the one next to the pinky? I'm always kinda secretly struggled with the names of fingers. WHICH ONE IS THE INDEX FINGER?


8) Nebraska, 12-8 (4-4). As their mediocrity continues I just feel so smart for knowing they weren't that good. If your best player is a shooter with dreadlocks then you are completely screwed. How could no one else see this.

9) Iowa, 13-7 (4-3). Do I want to beat a full-strength Iowa team by 33 points? Of course. Am I sad that their guys are getting hurt? NOPE NOPE NOPE. Serves you right you eye-gouging elbow-swinging mark-ass bitches. Trick-ass marks.

10) Illinois, 13-8 (3-5). BREAKING: MEATBALL SHOP COMING TO TOWN. Huge news. Who doesn't like a good meatball? I LOVE when things have such decidedly non-creative names. Like back in the 1400s some peasant scrapped some meat and onions and bread and eggs (is that how you make a meatball?) together and didn't know what to do, so he just balled it up in his hands and roasted it over the fire. What to call this newfangled item? "Well, it's kinda like a ball, and it's made out of meat... I GOT IT! MEATBALL!" That shit gives me the giggles.

PS - When was the ball invented? I have absolutely no idea why I'm grinning like an idiot looking at this right now:

PPS - If they're smart, they get the old lady from The Wedding Singer to come pass out meatballs by the hand to people on opening day. If she's still alive. 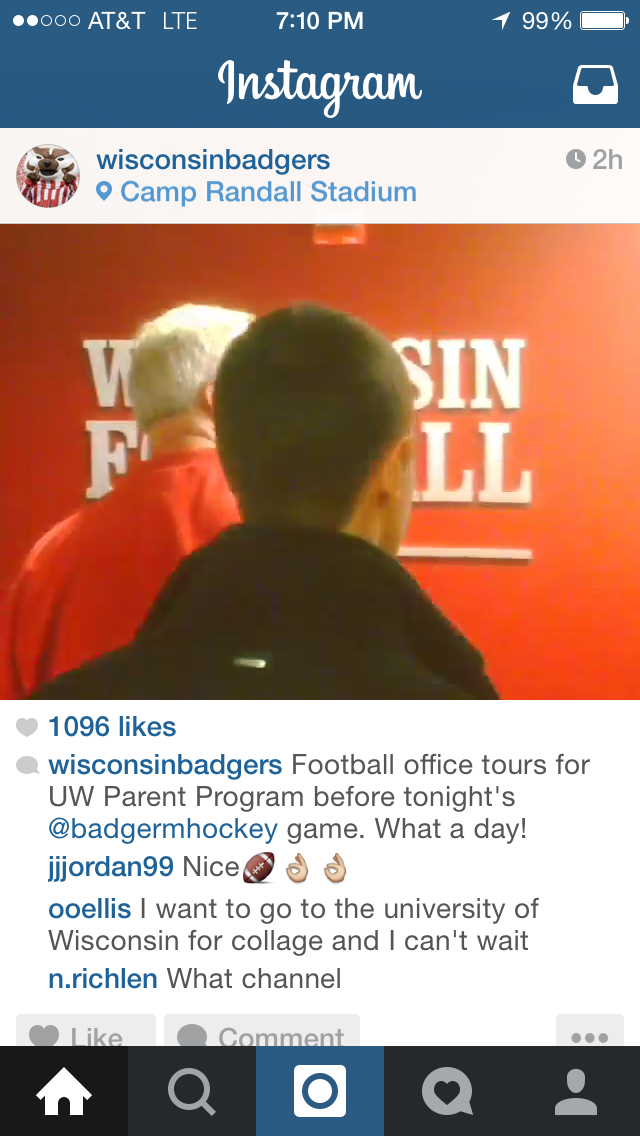 12) Rutgers, 10-11 (2-6). What's the longest distance you've ever traveled for a candy bar? Tonight I'm doing an hour of commuting to get some Kinder Bueno bars. Is that crazy? I'd wager that if you've ever had one, you'd understand. They are like creamy European Kit Kats times 100.

Living the LA dream right here. FIDLAR, by the way, means fuck it dog life's a risk. So is drinking cheap beer. (JQW)

Ellie Goulding translates "Voice of an Angel" in the British tongue. (@DannyGoldin)

This is my blog and I make the rules around here. M-Breezy is VIP in these parts.

I have but one hope

It's that we beat Iowa

It's time for IU and Crean!

Love how he rolled with the punches here. That's my kinda weatherman. Don't tell Tommy Skillings I said that.

We have quickly found the dumbest video that put a smile on my face this week.

I don't think I've hit my dog video quota yet, so let's enjoy this poor dog going bananas over a tennis match. Dogs love balls so much. Shouldn't meatballs be a dog's favorite guilty pleasure? Like throw a meatball in the backyard so they can run and fetch it and then INHALE it. I bet rich people throw meatballs instead of tennis balls for their dogs. I would be okay with being a rich person's dog. #MeatballLife 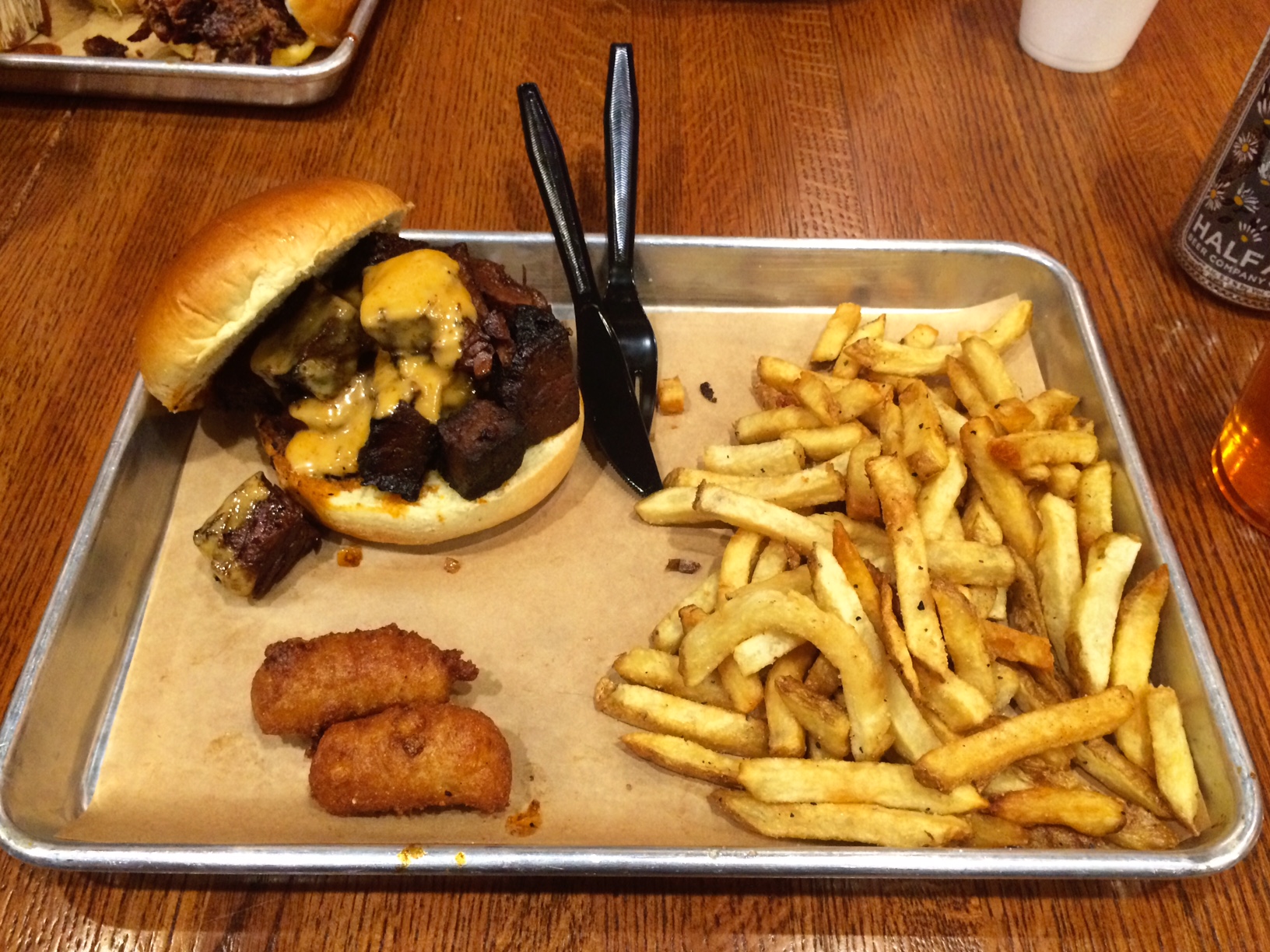 Burnt ends brisket sandwich, fries, and hush puppies from Q-BBQ in Lakeview. Why do all BBQ joints in Chicago HAVE to have the letter Q in the name? Q-BBQ, Lillie's Q, Ravenswood Q, Chicago q... even Taffer would come up with a more clever name. And where does Chicago q get off leaving that 'q' in lowercase? The BALLS on that place. 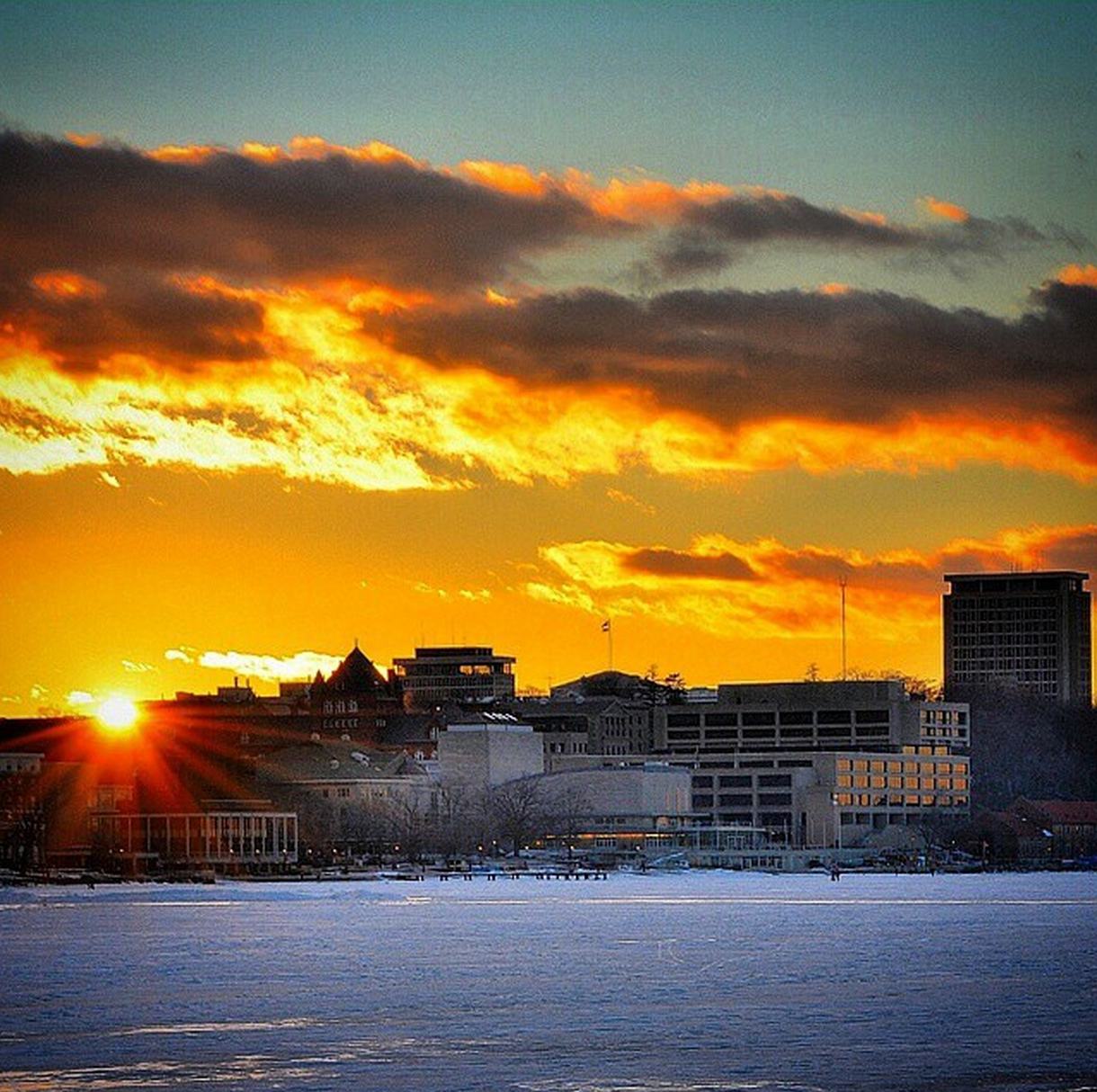 Hey Madison look at you oooooo hot damn you good lookin'. Even when you as COLD AS ICE you still on fire.

PS - Going up to Madison for the Minnesota game in 3 weeks and couldn't be more excited. Don't get me wrong - Homecoming and Mifflin are always good times, but I thrive on visiting Madison for 'normal' weekends. Normal Madison is one of my top 3 favorite Madisons. #NormalMadison


ON WISCONSIN
Posted by Schwa at 7:39 PM