Wisconsin/Purdue summed up succinctly: the official BTN play of the game was a 7 yard untouched rushing touchdown.

I'm not sure what else I can say about that game. We're not that good, they're much worse, we broke Purdue football forever. End of story. Moving on to the Illini.


CHICAGO BADGERS: Are you as pleasantly surprised as I am that a Wisconsin/Illinois game in late October is at 2:30? Amazing.

PS - If you ask the kid who scored the winning touchdown if he'd rather have that play with a dislocated hip, or have MSU lose but his hip is accurately located... he's taking the misplaced hip and the W, right? I think it's obvious, but losing your hip sounds less than ideal.

5) Wisconsin, 5-2 (2-1). Stave slinging back-to-back 300 yard games when we have literally ZERO rushing game and a weak group of receivers. But all everyone can ever see is the one or two mistake he makes. Haters. 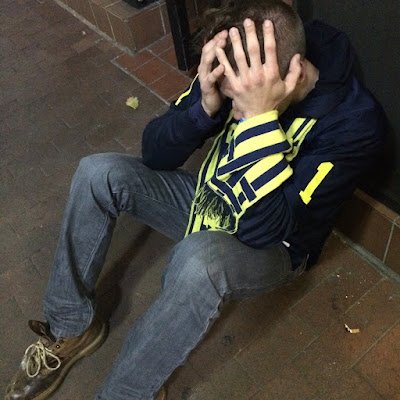 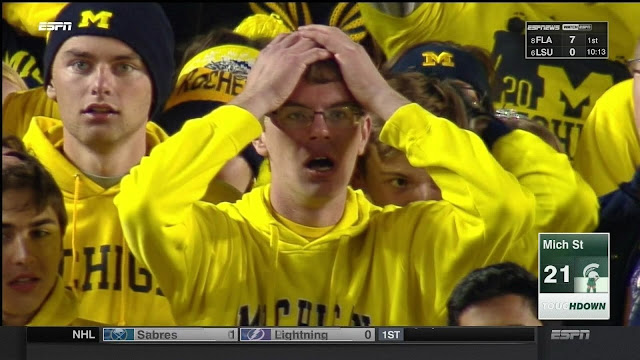 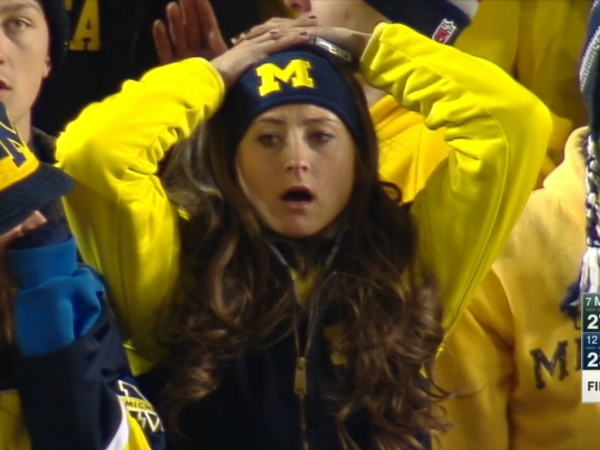 8) Illinois, 4-2 (1-1). Every game in Champaign against Illinois: chilly, unnecessarily windy, just close enough to be annoying. I'm basing this on zero facts and hoping it all holds up. 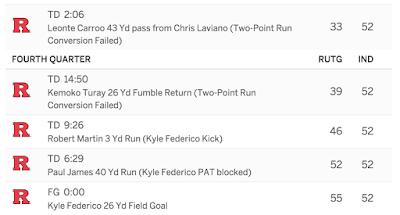 Yeah, it's two shitty teams, but I don't think a single person even realized this happened in the aftermath of the Michigan blunderoo. Don't worry, Hoosiers. I noticed. I noticed.

10) Minnesota, 4-3 (1-2). Winning the B1G, making the Playoff... these goals are pretty much dead. But keeping the Axe and the streak against Minnesota alive? Well let's just say it'll be nice to care about the game as much as they do this year. Hasn't been the case recently.

11) Nebraska, 3-4 (1-2). We can just all sit back and enjoy them handing Minnesota their ass on their own turf. That's embarrassing.

Rutgers) Rutgers, 3-3 (1-2). I didn't envision having to remove Rutgers from their comfortable spot in the basement, but damn if that comeback against IU wasn't amazing. We'll forget the shitshow of a program you've become... for now.

It was nice to ignore my Cubs misery Tuesday for a bit and catch the Darkness at House of Blues. They are beyond fun. Justin Hawkins is by far the best frontman in the game, and possibly the most talented since Freddie Mercury. The combination of his voice, wicked shreddery, and ultimate stage command is unmatched in the current musical landscape. Plus, he's always good for a nasty solo while meandering through the crowd on a security guard's shoulders: 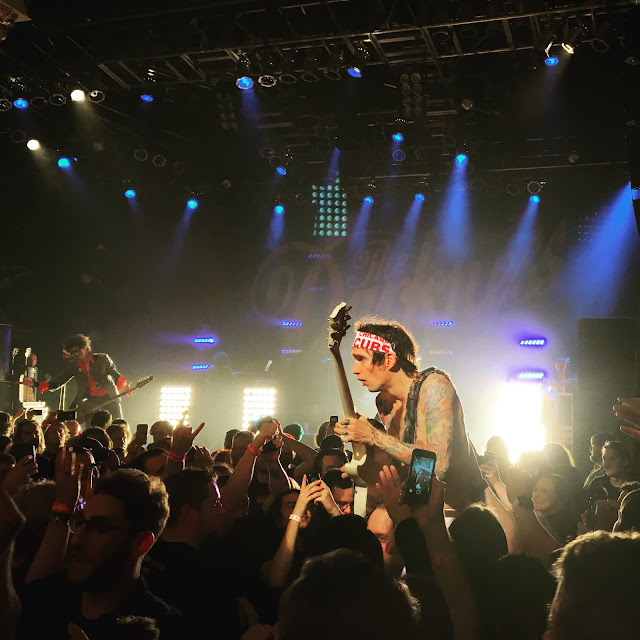 That's rock god status. Dude doesn't miss a note and does half the ripping with his guitar over his head. Untouchable.

Corey Clement's Impending Return vs. Our Complete & Utter Inability To Run The Damn Ball. Kind of flying under the radar while we're talking about Stave and the lack of skill at the... skill positions: we have been TERRIBLE running the damn ball. I refuse to look up stats, but it hasn't been pretty. It's almost as if an inexperienced offensive line and former walk-on defensive back-turned-running back isn't yielding results. ODD.

So let's see what happens with Clement back. Will at least help isolate what the real issue is.

But let's beat them anyway

PS - This gif has never been more appropriate:

Sneaky science in the Porky Pig voice. Gotta respect a guy who's got skills and knows it. He goes into performance reviews DEMANDING giant raises because who else can talk like a mentally challenged pig as well as he can.

Americans will never be as funny as these guys. Accents are so cool. 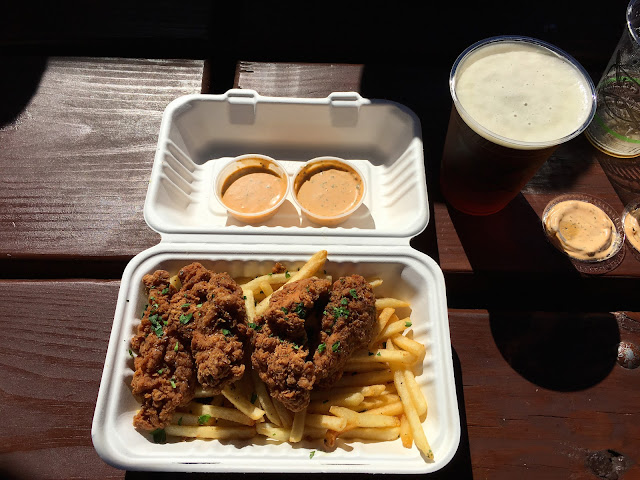 Tenders, fries, and some spicy ranch from a Proposition Chicken food truck in San Francisco. Sometimes the most simple things in life are the best things. 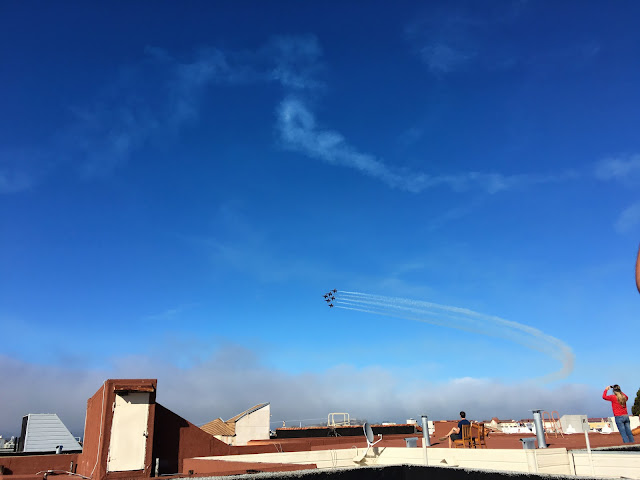 Nothing quite like the Blue Angels doing their thang over the San Francisco Bay with a little low level fog hanging around. I know what you're wondering, and no, I did not get green smoke bombs to let them know not to bomb Alcatraz. This was a mistake in hindsight.

PS - Rooftops in San Francisco are TERRIFYING. They don't have railings, or raised ledges, or ANYTHING that would stop you from wandering off and taking a fall and a half. I was with 13 drunk guys and I immediately shifted into mom mode yelling at people to be careful and stay away from the edges. NOBODY DYING ON MY WATCH

It's kinda concerning that a small piece of me is looking for a reason to let this team go gentle into that good night. Losing to Illinois would qualify. I think I'm just curiously excited about the hoops team. All those freshmen, Happ off the redshirt, and the lethal Nigel/Bronson combo? It's gonna be a fun ride regardless of where it ends. But I suppose it's still football season. For now. THE PICK:


ON WISCONSIN
Posted by Schwa at 5:15 PM